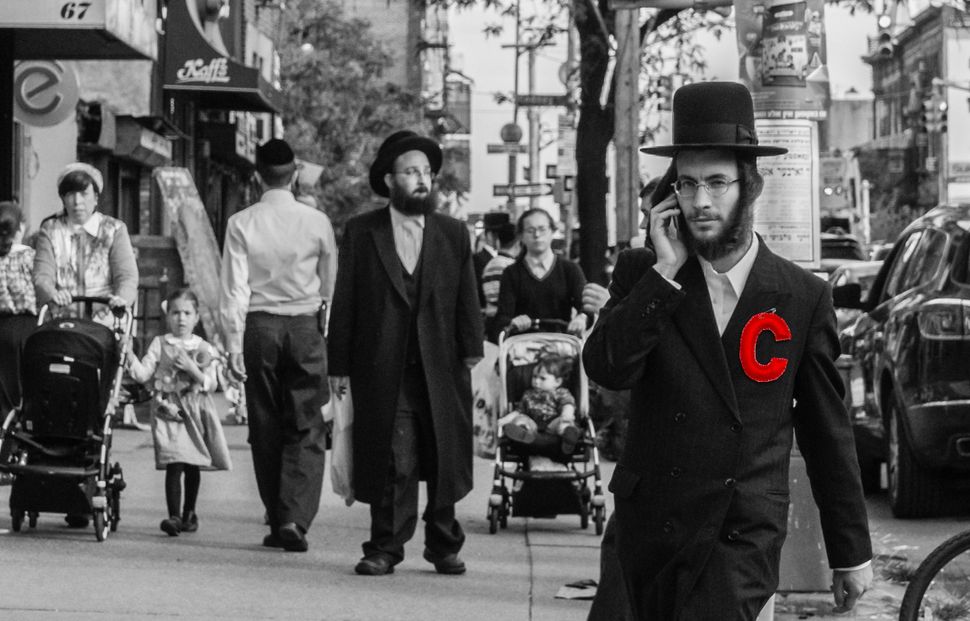 But for converts, the struggle of finding a mate takes a strikingly different form, and goes to the very heart of one of the Jewish community’s most important obligations.

For many Orthodox converts going through the conversion process, the mikveh is the light at the end of a long tunnel. Dating during the conversion process is frowned upon, especially for those who begin the process unattached, so as to prevent the obvious and unnecessary complications of one’s motives being questioned. What this means in practice is that men and, more often, women (the majority of converts are female) wait months and sometimes years to enter the dating world as halachic Jews. When the process is finally complete, many converts describe feeling more anxious than excited about the prospect of dating.

Everyone has heard (and many have experienced) their fair share of dating horror stories. But there is more to it — and seemingly more at stake — for converts. The Jewish community has long struggled with accepting and successfully absorbing newcomers, but one segment of the community appears to be failing more acutely, and more consequentially: the matchmakers.

Call it the “other” shidduch crisis. Over the years, I have spoken with dozens of converts, and almost all described the distinct feeling of being a second-class citizen in the dating world. Many attributed their difficulties to complicating factors that would make dating difficult for anyone, Orthodox or not. Women were told to lose weight; single mothers and divorcees were told they were less marriageable. While these issues make it more difficult to be matched, many converts who had none of these “strikes” described being treated as second-class Jews anyway.

One such convert, “Rachel” converted eight years ago within the RCA system and had such difficulty dealing with matchmakers (shadchanim) that she eventually took her search for love onto websites, where she could have more control.

“It seemed that shadchanim were not interested in getting to know me on a personal level,” she told me. “I felt they were sending [profiles of] men mostly based on geography or a willingness to date converts. Many of them were divorced, which was fine, but it almost seemed like both myself and the potential date were ‘damaged goods.’” She got the sense that “shadchanim don’t want to work with converts….When I contacted different shadchanim, I was told that they were too busy, didn’t know many men, or that I had converted too recently. It was very discouraging. They were also hard to get it touch with and never followed up.”

So Rachel, a 35-year-old with a master’s degree, took control of the search for her husband herself. On her own, Rachel met a man, a divorced father with full custody of a large number of children, and married him eight months after her conversion was complete. She counts herself as one of the lucky ones, but her luck only changed after distancing herself and her search from traditional shadchanim.

Another convert we’ll call “Sara” is a successful professional in a major American city. She described frustrations with a popular online shidduch service, Saw You At Sinai, which relies on matchmakers to set up singles online. Most shadchanim would only set her up with fellow converts, and that would often be the only thing the two had in common. Well-educated, Sara was looking for someone with a similar profile, but the shadchanim rarely set her up with college graduates or career-oriented men. Sara abandoned the service and worked with smaller shadchanim in religious communities in the New York/New Jersey area with slightly better luck.

None of the converts were told explicitly that their convert status affected their shidduchim, but the women said they “got the picture” based on matches shadchanim offered, if they were offered at all. One California woman compared her dates with those offered to born-Jewish friends of the same background and felt “passed over for the good guys.” These perceived unspoken messages sent by shadchanim, often older women whom these convert women looked up to, began to affect how converts viewed themselves and their future, not to mention the communities they hoped to become part of. Sara describes the toll it took on her psyche: “It makes me feel like maybe this is all I deserve. I knew that this was a risk that I would face when I converted, but I just couldn’t live my life without being Jewish.”

Another single woman we’ll call “Rebecca,” who has spent the past several years immersing herself full-time in formal Jewish learning, disagrees. While she understood there was a “shidduch crisis,” she admits she never would have converted if she had known that being a convert meant being permanently treated as “damaged goods” in the dating world. While Judaism has been the central focus of her world for fifteen years, in the end she foresees a life lived alone, surrounded by the Jewish texts she has come to know and love. Both Sara and Rebecca detailed the successes they’ve achieved in the Jewish and secular world, but wonder what it’s worth without someone to share them with.

One convert, Yehudit Meira Biton, had no problems dating “before the dunk.” A woman of Latin American descent, small business owner, graduate of Choate Rosemary boarding high school and holder of multiple degrees from an Ivy League university, Biton lives in New York City with her new husband and twins; her first husband tragically died just a few years into their marriage, soon after the birth of their children. She was young, trilingual, easygoing and passionate about her faith, but found nothing but frustration in the dating world.

Soon after her conversion, Biton said her dating experience made her feel like the Statue of Liberty, as if she bore a sign that read: “Give me your tired, your poor, your huddled masses.” She explained that she found herself constantly set up with other converts, almost always of color, with whom she had nothing in common but skin color and convert status.

Biton said that in her single days, she was often suggested men that were described as: “’Five years your minor, never finished college and currently works as a custodian.’” When dealing with shadchanim, she was often told that she must “settle” — which often means getting set up with “complete untouchables, people with severe psychological, emotional or physical issues.” Like many of the other converts I spoke with, Biton places the blame on the convert shidduch crisis largely on the shoulders of shadchanim. “I have noticed,” she said, “that the guys don’t have as much of a problem with my different-ness as the shadchanim.”

“I think the key in my getting married was staying positive and not believing the hype and ultimately cutting out the shadchan,” she said. “When I stopped using shadchanim (something that has its own pitfalls), it finally occurred to me that there were plenty of men dying to go out with me. All those years shadchanim had me convinced there was something wrong with me. Nope. I’m pretty great. The system, on the other hand…”

Several of the women I spoke with mentioned Saw You At Sinai in particular, a popular online matchmaking service. I spoke with Danielle Jacobs, a spokeswoman for Saw You At Sinai, in 2011 when I first began researching this issue. (A more recent request for comment about converts’ experiences was disregarded, with a spokesman telling me that it is “inaccurate” to say converts are at a disadvantage in the dating market.) Jacobs said this was the first she had heard this complaint regarding converts. “To match two members solely based on if both people are converts would not make sense,” she told me. “If this has occurred, then the same way that we address any matchmakers who might suggest a match that is way off target, we would want to address this case as well.”

Jacobs also explained that if given specific complaints regarding matches made for converts, Saw You At Sinai would take steps to ensure that a “plan of action” would be made to address the issue.

Converts that I spoke with had similar complaints about smaller shadchan services both online and off. They said the phenomenon is not limited to online matchmakers. Tamayo explained that Saw You at Sinai set her up with converts less frequently than the in-person shadchanim she worked with in Borough Park, Monsey and Flatbush.

Rabbi Zvi Romm, administrator for the Manhattan Beth Din [rabbinical court] for Conversions, agreed with what the converts described regarding difficulties converts face in the Orthodox dating scene. Rabbi Romm told me, years ago, that it was “absolutely a phenomenon” and a “sad reality without an obvious solution.” The beth din, he told me, warns potential converts of the difficulties that converts in particular face in the Orthodox singles scene and shidduch world — not to deter them from converting, but instead to give them all of the facts before making the commitment to Orthodox Judaism.

Rabbi Romm attributed converts’ difficulty in part to the difficulty many face in gaining acceptance to their Jewish communities, but also to the fact that most converts, women over the age of 25 without a traditional Jewish background, would face problems in the shidduch world regardless of their religious background. Romm suggested that more shadchan services should use married converts as matchmakers to ensure converts have shadchanim that understand their needs more acutely.

Even for women who marry after their conversions are complete, the specter of their conversion still remains. One woman described how the behavior of members of one community eventually led to her family’s decision to move across state lines and hide her convert status. Her husband was asked “quite cruelly” why he would settle to marry a divorced convert, knowing that he was of a good family and could have married “better.” As frustrating as the process can be, these young men and women would still prefer to find a solution that includes the shadchanim, rather than choose another way to date.

As one convert told me, “My take on shidduch dating is a paraphrase of what Winston Churchill said about democracy: It’s the worst system of all, except for all the others.”