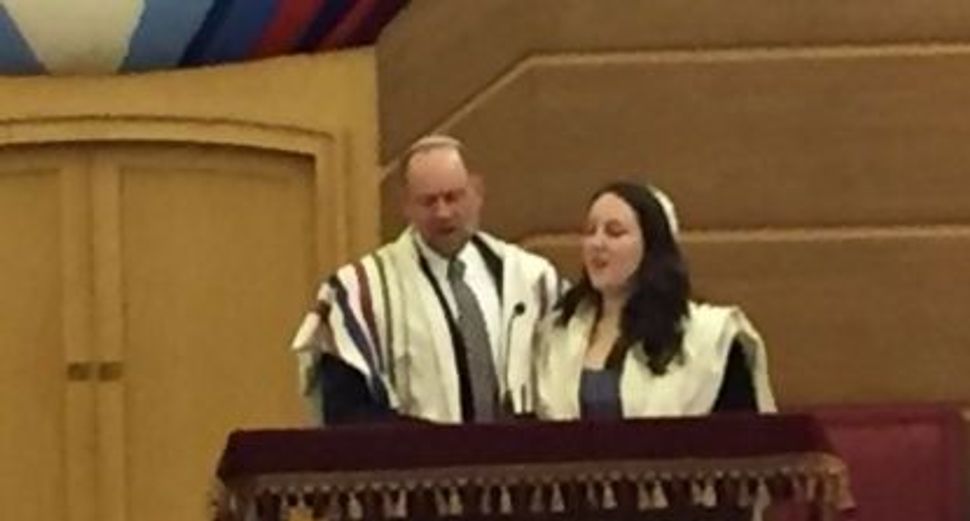 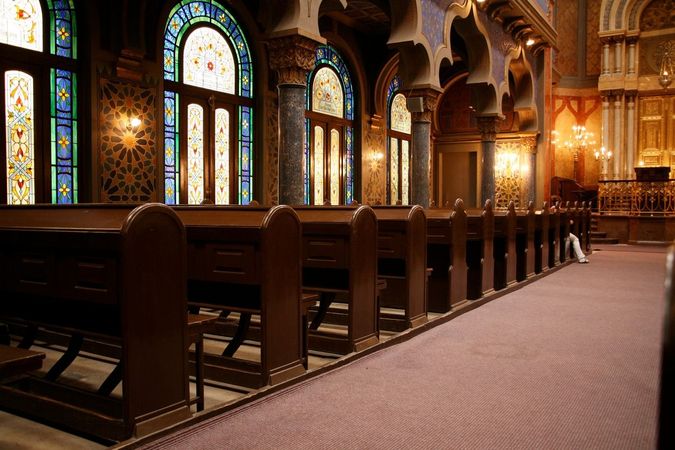 Arnie Gluck has served the congregation Temple Beth-El of Hillsborough, New Jersey, for 28 years. Sarah Gluck, who is married to Rabbi Gluck, is in her 18th year as the synagogue’s director of education. Shira, the couple’s younger daughter, is in her final year of study at the Reform movement’s Hebrew Union College, where she will be ordained as a rabbi. This year, the future and current Rabbi Glucks delivered sermons at Temple Beth-El on Rosh Hashanah, and both will deliver sermons on Yom Kippur.

So was Ellie, the older Gluck daughter and the family’s lone non-professional Jew, cheering the family on from the pews on Rosh Hashanah? “Well, no,” the Glucks tell me. “She’s a teacher. She was leading the early-childhood services at Beth El conservative synagogue in Norwalk on the first day.”

For the Glucks, Judaism is a family business. I caught Rabbi Arnie Gluck and rabbi-to-be Shira Gluck for a few minutes on what may be the busiest day of the year for rabbis: Just before the Shabbat that falls in between Rosh Hashanah and Yom Kippur.

Editor’s note: The writer is an acquaintance of Shira Gluck.

Jenny Singer: What’s the dynamic like in your family right now?

Shira Gluck: There’s a room in our house that I call the Gluck Family Sermon Workshop.

Rabbi Gluck: Though we tend to spread out all over the place. When we’ve had enough of sitting in one place, we rotate.

Shira Gluck: Sometimes it suits us to be in the same room and bouncing back and forth, like — oh, listen to this, or how does this sound? — and sometimes we need to be in separate spaces

Rabbi Gluck: And then emerge. For a sounding.

Shira Gluck: And my mother’s a big part of that too — she’s an incredible listener and editor.

You both delivered sermons from the same pulpit at Beth-El on Rosh Hashanah, and you’ll do the same in a few days on Yom Kippur. How did that come to be?

Shira Gluck: My first year at HUC (Hebrew Union College), I had a high holiday pulpit at the Brown and RISD Hillel, and that was only for the first day, so I came to Beth-El to give a sermon on the second day. And then the same thing happened the next year —

Rabbi Gluck: And by that point the congregation knew — this is not amateur hour, where the rabbi trots out his kid to the embarrassment of all. Quite the opposite! So last year, when Shira didn’t have a High Holiday pulpit — 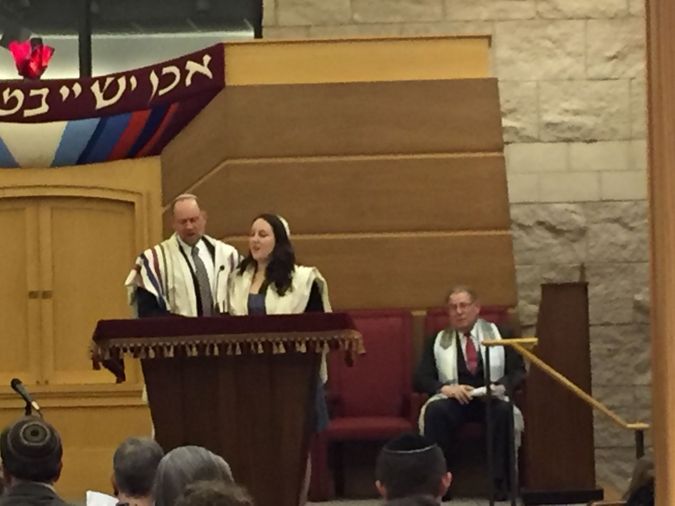 What are the sermon responsibilities for the holidays, between the two of you?

Shira Gluck: Stories, iyunim__(short, reflective comments made between prayers)… I’ve been giving the evening sermons, and then he gives the day time services, and then we collaborate for second-day.

Rabbi Gluck: Second-day Rosh Hashanah we do kind of a tag-team thing, this year on the idea that somebody should have called child protection services on Abraham for his mistreatment of his two children. We talked about the way the angel cries out not to harm the child, and we went into the many ways that children are being sacrificed in our world, and neglected and abused and subjected to violence —

Rabbi Gluck: We use each other as a sounding board, bouncing ideas back and forth, generating kind of a flow, very synergistic. We’ve been studying together over the years, so we have a very easy kind of flow.

Shira, what was it like growing up in a congregation led by both of your parents?

Shira Gluck: I spent a lot of time at the synagogue. I really loved Hebrew school!

Shira Gluck: I did, yeah.

How much of an obligation was there for you to have a role at the synagogue as a kid?

Shira Gluck: I don’t feel that I had an obligation to play a particular role, I did feel that I was the object of attention and that there was a need to behave in a model-kind of way.

Rabbi Gluck: I think what we did with both our kids was just be sort of living out the kind of Jewish life that we wanted to live. But definitely, you were on display. Which frankly, probably to move you in the direction you want to go —

Shira Gluck: You don’t know what direction she wants to go

Rabbi Gluck: Right, but I can imagine. So. It was not at all obvious that Shira was going to become a rabbi. That’s not where she was headed out of school — she went to Oberlin, was very into art history, and then in publishing at Random House. The turning point was — I’m a Senior Rabbinic Fellow at the Hartman institute and [during one visit] Shira was given permission to sit in on my classes.

Oooooh. Hartman’ll get you. They’re good.

Shira Gluck: They REALLY will.

Rabbi Gluck: Well, it apparently got her.

Shira Gluck: It got me in a big way.

Rabbi Gluck: It started some wheels turning. One day we were in New York having dinner, and Shira shows up with this big grin on her face, like “Hey Abba, you’ll never guess where I was today.” Okay — where were you today? “I was at the prospective student day at HUC.”

Rabbi Gluck: She didn’t want me to set my rabbinic friends and HUC faculty people on her. She wanted to do it on her own, not as an extension of me.

How do you decide on which of you gets which sermon topic?

Rabbi Gluck: Each of us really develop our own ideas, but this year they’re very complimentary

Shira Gluck: We develop our ideas independently based on whatever is on our minds

Rabbi Gluck: And what we think is in the air. On Yom Kippur —

Shira Gluck: I’m going to speak about the holiness of not being whole.

Rabbi Gluck: And I’m speaking about sadness and depression — being comfortable with our emotions and not wishing them away, but also understanding mental health issues for what they are.

What will you do once the holidays are over? Will you get to relax?

Shira Gluck: I’ll be going back to the life of a rabbinical school student.

Rabbi Gluck: After the high holidays, the whole year begins.