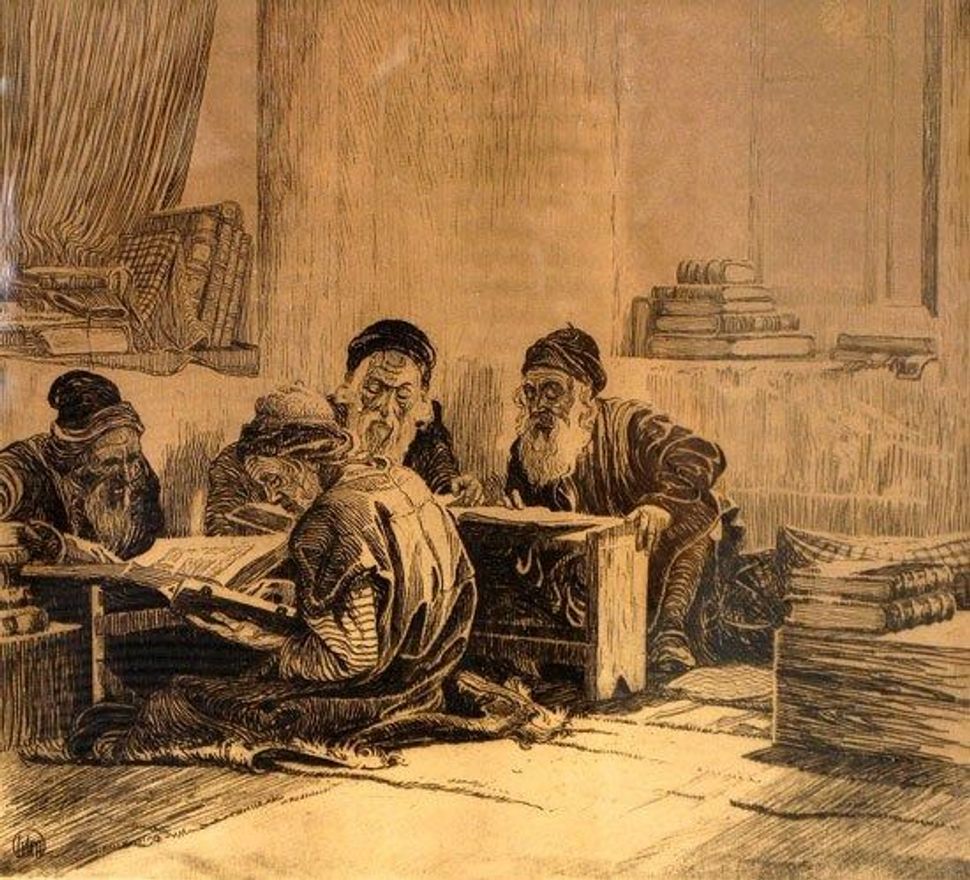 The Jewish holidays can put our ethical fiber at risk, the preeminent Talmudic commentator Rashi writes.

His comment appears in tractate Kiddushin (81a), where the rabbis of the Talmud quote a somewhat enigmatic Aramaic idiom: sakba de’sha’ata rigla. Rashi interprets it to mean that, ethically, holidays are particularly precarious periods of the year, since men and women spend a lot of time mingling — during prayers, meals, and text study. With men and women frequently in close proximity, communal sexual mores are unusually vulnerable.

On the surface this seems like a mere idiomatic observation. The Tosafists, however, understand it to also be a clarion call.

The Shulchan Aruch (Orach Chaim 492:1) mentions a custom of post-holiday fasting for three days twice a year, after Passover and after Sukkot. (The fast days are not consecutive; they are spread out over eight days, beginning a little more than a week after the holiday.) Scholars are uncertain about when this practice started, who instituted it, and for what reason. Tosafot, however, suggests our idiomatic observation as the source of this extraordinary expiatory practice: It is an opportunity to repent for the likely breach of communally prescribed sexual boundaries during the preceding holiday. These fast days once provided time for reflection and communal healing, for mending the holes poked in the community’s ethical fabric.

For various social and historical reasons, the practice has fallen out of fashion. Few people are aware of the fasts, and even fewer observe them. One wonders, though: given what has transpired the last few months, when the brokenness of our community’s ethical edifice has been laid bare, perhaps it is time to revive the practice, at least partially.

Moreover, the breaches we now are aware of go far beyond mere frivolity. A person’s sexuality is one of the most sacred components of their identity. It is where who they are and what they desire — and what they do not want — is felt most deeply. We now know that this innermost sense of self has been profaned repeatedly, by abusive clergy and by unscrupulous people with great power, who thought nothing of debasing other people’s existential essence. The perpetrators have hurt countless individuals and in the process crushed our society’s emotional and ethical wellbeing. We desperately need to devote time to figuring out how to offer healing to victims, and fixing that which is broken.

We need to interrupt our routines for a day to reflect on how to fortify our crumbling ethical infrastructure. On that day we must find the necessary courage to look back at our shameful past, and the dedication to envision a healthier future. We also must ask forgiveness from the victims whose lives have been irreparably damaged because of our moral laxity and, at the same time, reassure future generations that we will never again allow our moral compass to falter; that they will always be safe and protected, physically and emotionally.

This year, the first day of the traditional post-holiday fasting trio falls on October 15th (the 6th of Cheshvan in the Hebrew calendar). Let us dedicate it as a day of healing for the victims and repentance for the rest of us. All of us — that is, those of us who have not been preyed upon — are either culpable or complicit in the ugliness revealed by the courageous #MeToo movement and amplified by the current Senate hearings. You were either a perpetrator, an enabler, or, at a minimum, an unhelpful bystander. Nobody is absolved. All of us need to repent and ask forgiveness from the countless victims.

I will be fasting on that day.

I hope that communities around the world will follow suit and dedicate October 15th as a day of learning, healing, and reflection. Consider watching the Hartman Institute’s thought-provoking sessions “Judaism, #MeToo and ethical leadership”, studying relevant Torah texts, or meditating on this moving modern prayer, asking for forgiveness in the age of #MeToo.

Hopefully this will jumpstart the long-overdue process of creating a society in which sexual abuse is completely eradicated and where the sacred essence of a person’s sexual persona is never, ever profaned, abused, or, God forbid, destroyed.

Ysoscher Katz is the senior rabbi at PHS (The Prospect Heights Shul) in Brooklyn, NY.