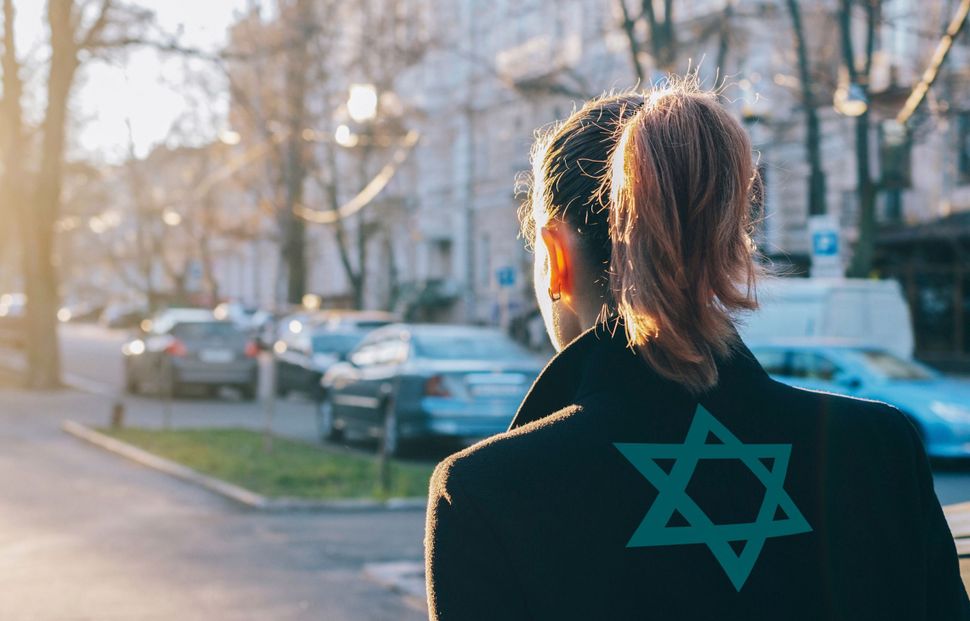 Looking at my skin color, no one would say I wasn’t white.

I once even got a sunburn in London, and I think I’m incapable of tanning. Whiteness in America is a lot more than the color of your skin though. Whiteness is a metaphor for full inclusion and acceptance in American culture.

Yet as a Jewish woman with a big nose and uncontrollable frizzy hair — the question of my “whiteness” and privilege can’t be so easily answered by my skin color. Am I white enough for my identity to keep me safe?

I grew up on Eastern Long Island to a hippie Jewish family. My relatives were culturally Jewish intellectuals from the Lower East Side. I didn’t have a bat mitzvah and no one in my family went to synagogue regularly. Being Jewish didn’t mean much to me outside of eating latkes occasionally and listening to corporate lawyers praise Marx. My grandfather and his brothers were the children of immigrants living in poverty. Their experiences of being Jewish in New York involved getting beaten up everyday and desperately wanting to assimilate into WASP-y America. My mother associated Judaism with patriarchy and rabbis telling her what to do as a child. And so I was raised without much formal Judaism. I only learned later how much my identity was shaped by being Jewish.

Due to my skin color, I have white privilege with law enforcement, with authority figures, in job interviews. Despite my obvious Jewish features, a casual glance won’t necessarily show my differentness to someone. I have never had trouble finding make up or buying nude colored things to match my skin. I did not grow up in fear that my brother or father would be shot by law enforcement, and “routine traffic stop” wasn’t a scary phrase.

Whiteness and inclusion are about more than white skin privilege though. What of the privilege of safety? The privilege and entitlement of full belonging in society?

As an adult, I see the influence of my Jewish heritage in my childhood much stronger than I ever knew. There was no time in my life that I didn’t know what Zyklon B was. As a child I read Maus by Art Spiegelman over and over again until the pages started falling out. The immigrant stories passed down were ones of violence and pogroms. My mother always warned me not to put my religion on any official government documents.

As a child, I thought my mother was being paranoid, but as an adult I see that she was giving me the lessons all children from marginalized groups must learn. We are taught our history and differences as a form of protection. Most Jewish children learn about the Holocaust early in life, and that history often shapes them indelibly. The knowledge that society has turned on us before and could again is a reminder not to get too complacent. Learning the coded dog whistles of anti-Semitism is a survival mechanism for diaspora Jews.

While living in London, I had my first experiences of being treated as something strange and exotic. I have felt the same conspicuousness when traveling to other parts of the US. My white skin does not protect me from being read as different and excluded from who is considered “normal.” During my time in London, I found myself in a park in the middle of an anti-Israel parade, during which people started to chase me after they read me as Jewish. I don’t know exactly what about my appearance made this group start to chase me — if it was my prominent Jewish nose, my large frizzy hair, or my fearful expression as I watched the parade. I learned I didn’t need to put my religion on my passport for my Jewishness to put me in danger.

I undoubtedly have white skin privilege, but that privilege does not protect me completely or make me pass for a fully accepted “white” American. As a “white” Ashkenazi Jew, I am obviously speaking of my experience with white privilege but this piece doesn’t begin to address the intersectional feelings and oppressions of Jews of color.

In the current American climate, Jewish identity has been put to the test in new ways.

White skin privilege without the privilege of full safety or inclusion puts Jews at a particularly strange intersection of the current political moment. On the right, we are being attacked and excluded from mainstream American because we are not “white” enough — just this past weekend, nineteen swastikas were spray-painted on the JCC in Northern Virginia. On the left, our concerns are dismissed and our oppression erased because it is assumed we are privileged and powerful and fully assimilated.

Are we unsafe enough yet, for us to start paying attention?