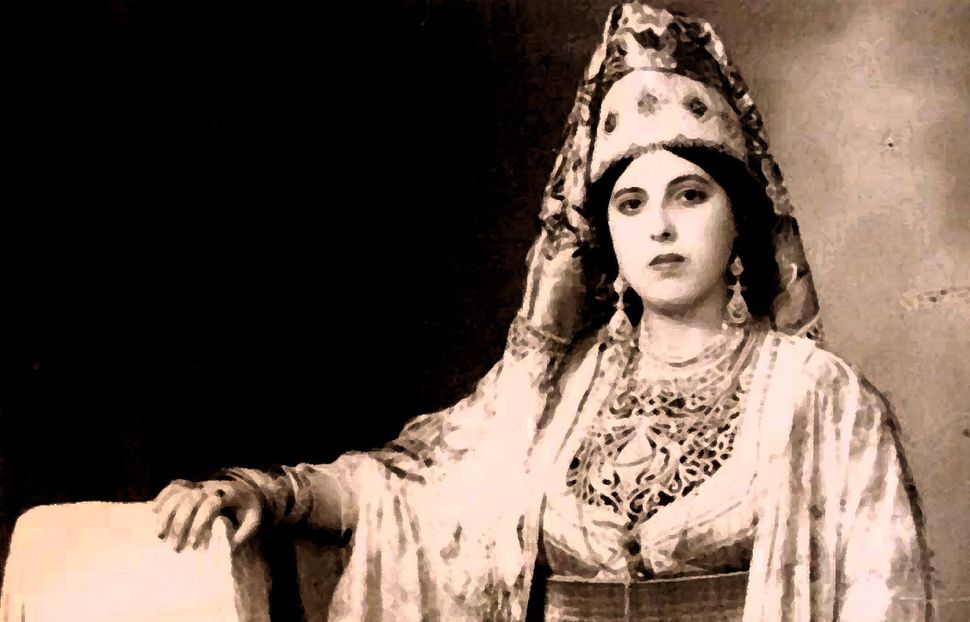 Alexis Grenell’s New York Times October 6 op-ed bemoaned the fact that white women in the Senate put patriarchy and the maintenance of male circles of power ahead of their connection to other women. She decried how white women help maintain white male power, and thus power for whites, themselves included.

This is nothing new. Research on tribal groups has established that power, the struggle for the maintenance of the demography of a specific cultural or racial group, and the control of women’s sexuality or sexual violence towards women are intrinsically connected. That is, the use of sexuality in the service of fertility of the group (which includes not giving power for women to choose) and the use of sexual aggression in the pursuit of power are two sides of the same discourse.

My own research, focusing on the Judeo-Spanish women of Northern Morocco during the twentieth century, could not be more distant in geography and culture from today’s national debate — but interestingly, it may offer an explanation of the phenomenon of women’s support of patriarchy.

In Northern Morocco’s Judaism, women’s sexual purity (virginity, extra-marital chastity and copious fertility in service of the group) establish the strength of the minority when faced with a crushing majority. The group and its cultural specificities continued to exist only because its women protected the inner circles of lineages by adhering to chastity, marrying within the community, and child-bearing.

In Morocco, these women were the (female) minority of the (Judeo-Spanish speaking) minority within a (Jewish) minority of a Muslim country — they represented about one percent of the total population mid-twentieth century. As a minority, the community faced a constant existential threat — a potential cultural assimilation to the majority culture prompted a series of mechanisms to be put in place for hundreds of years, that worked remarkably well in service of Moroccan Jewish patriarchy, until the rise of pan-Arabism in the early 1960s.

Moroccan Jewish women have been hard-wired for centuries through the repetition of traditional songs, stories and proverbs on the dangers of uncontrolled sexuality.

They are experts at the communal control of women’s sexuality. A short humourous song says:
“Ay, Esterica, aiwa [Moroccan Arabic exclamation meaning “oh yeah”]
close your lock, aiwa,
with chains, aiwa
so the cursed one, aiwa,
will not enter, aiwa.
However, it continues, urging her to open her “door” for her new husband:
Ay Esterica, aiwa
get into the bed aiwa,
take off your clothes, aiwa
so he [her groom] can take you, aiwa.” 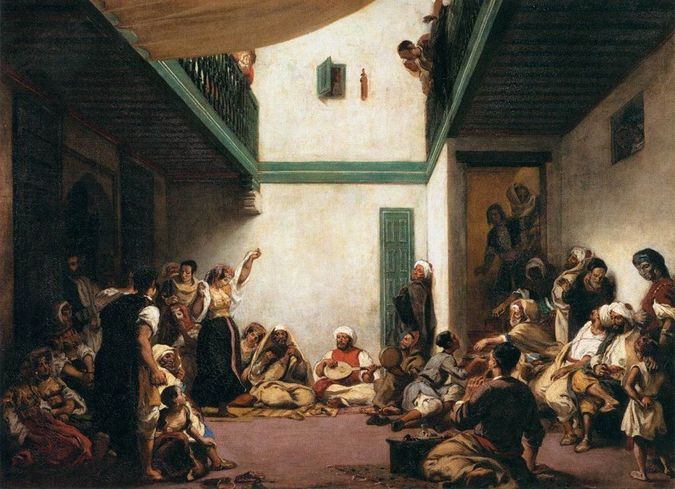 The Romance of La Delgada tells the unfortunate fate of a girl whose father fell in love with her; after locking her up, he forbade anyone from feeding her if she did not acquiesce to his advances, in the end she died of thirst. The Romance Tamar et Amnon tells the story of Avshalom, Kind David’s son, who fell in love with his sister and raped her, only later to be killed by his other brother avenging the dishonor of his sister. Rahel Lastimoza sings of a woman who rejected a younger lover’s advances, but when her powerful husband found out, he was jealous and punished them both – killing the lover and maiming the wife. These are a few examples of a copious repertoire which was sung in the private sphere on a daily basis, as a repetitive communal voice, teaching the younger generation how to act and what to avoid.

Women have been trained and shamed into the strict upholding of all sexual boundaries outside of marriage, while silencing their own professional and sexual individuality. “Here I cannot develop myself,” a woman named Simi S. told me in June 2015, in the courtyard of the Neve Shalom synagogue in Casablanca. “Since I had my children I only live for them, I myself am completely erased. My dreams have disappeared. Here we can’t do anything, we can’t go out. Because if I want to work with Muslims, then…[she makes a sexual gesture], so we’re prisoners, in a golden cage. I don’t want that. There are some women that like it but not me. To do anything I have to leave Morocco. It’s only outside of Morocco that I can do things to develop myself and my interests.” 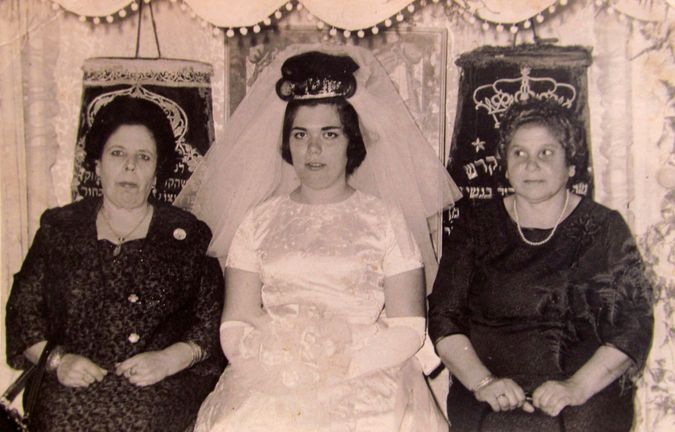 Everything regarding women’s lives was subject to the needs of the community as a whole, and women were the lynchpin at the very heart of the whole system. This minority’s struggle for survival depended on the societal control of women’s sexuality.

Once Moroccan Jewish women saw a way out of these traditional societies (often via emigration to France, Canada, Venezuela, Israel), the whole system collapsed, leaving us today with faint remnants of what was once a thriving community. 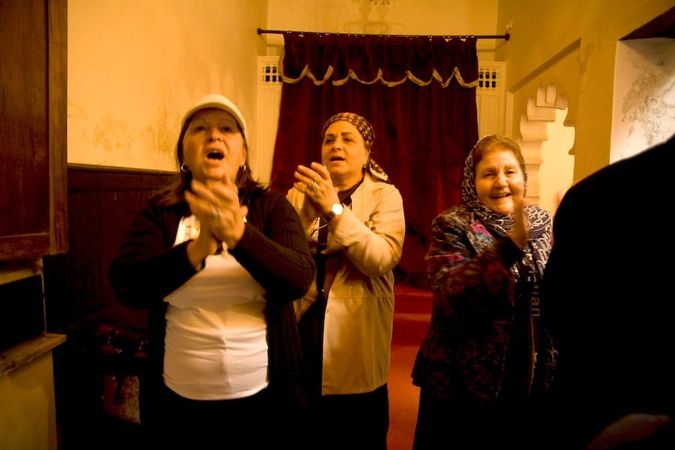 However, the songs and proverbs continue to be sung and said at key moments for the continuity of transmission: during traditional Moroccan Jewish weddings, which includes the henna ceremony, the celebration the night of the bride’s mikveh, the Shabbat before the wedding and during the week of sheva berachot, when the woman’s value lies in her fertility and thus key to the community’s future. Here, a woman’s fertility is deeply linked to her spiritual value and perceived embodiment of holiness too — she is not only a physical transmitter of continuity but also a transmitter of Jewish tradition and spiritual lineage, by way of her child-bearing.

Just like Moroccan Jewish women were given the job of protecting their community, because of a perceived demographic threat — so, too, are white American women supporting misogyny at key political moments, because they perceive a demographic threat.

We can only hope that patriarchy-supporting women will wake up to other options, and then jump ship. The question only remains: What could be an enticing option that would change these women’s affiliation from maintaining patriarchal bloodlines to a newer societal structure?

Vanessa Paloma Elbaz received her Ph.D. from the Center for Middle East and Mediterranean Studies (CERMOM) of the National Institute of Oriental Languages and Civilizations (INALCO) of Université Sorbonne Paris Cité. A former Senior Fulbright Scholar and Fellow of the Posen Foundation, she is the Founding Director of KHOYA: Jewish Morocco Sound Archive and currently a Post-Doctoral Research Associate at the University of Cambridge, U.K.