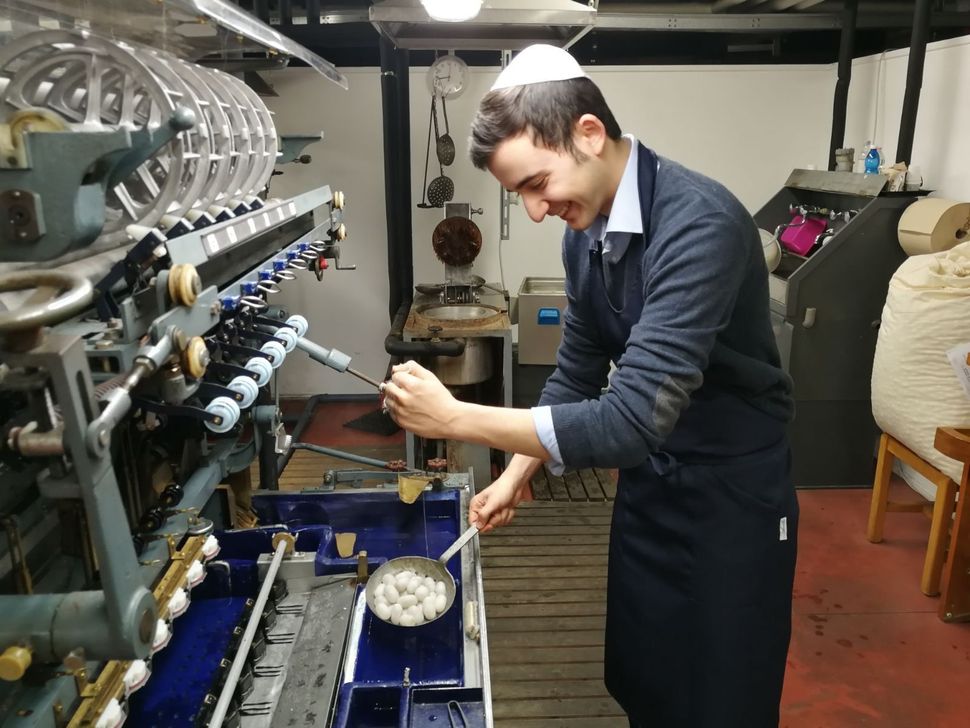 Like many traditional Jewish brides, Dora Piperno wanted to give her future husband a tallit — a Jewish prayer shawl — as a wedding gift. With one difference: She wanted to give him a tallit made of silk, the same material the ones worn by her Italian ancestors were made of.

“Back in the day,” Piperno said, “women would sew incredible embroideries on their grooms’ tallitot, or they would pay someone else to do it.”

To her surprise, Piperno discovered that silk tallitot today reside mainly in some European Jewish museums and in private homes as a memento of the past. Due to the war, migrations, the changes in the local Jewish communities and the decline of silk production, which is costly and time-consuming, the tradition faded in the mid-1900’s. Today, most Jews wear wool or polyester-made tallitot.

Together with her younger sister Sofia, Dora decided to start her own production. The two sisters, both entrepreneurs in the hotel industry, created the first prototype with the help of a clerical apparel shop in Rome and used it as a chuppah for two family weddings. The production, however, turned out to be too expensive. So they traveled to Como, Italy’s silk capital, in search of more affordable silk.

As early as the 14th century, northern Italy was an epicenter of silk production. Today, many luxury fashion brands still work their silk for scarves and ties in the Como area, but they import the raw yarn mainly from China and India.

In Como, the sisters produced a first batch of several dozen shawls in 2016 and distributed them among the men in the family. (It’s rare to see a woman wear a tallit in Italy, where non-Orthodox denominations attract a very tiny minority of Jews — only about 400 Italian Jews, of 30,000 total, identify as Reform.)

“We didn’t know who to give the rest to. My mother was worried, she said, ‘How are we going to pay for these?’” Piperno recalled during an interview in New York last month. “Sofia and I posted on Facebook that we had some leftover silk tallitot. In 20 minutes, they were sold out.”

More and more people reached out, expressing interest in buying a silk tallit. The sisters perfected the shawl, launched a crowdfunding campaign and produced another sold-out batch.

In 2017, their business unexpectedly went global when someone shared their page, Talled di Seta, on a Facebook group called “The Foundation for the Preservation of the Western Sephardic Tradition” — the silk tallit spoke to Jews of Spanish, Portuguese and Mediterranean descent alike, and the sisters started receiving orders from all around the world. Some customers requested special embroideries on the shawls, such as colorful and elaborate family crests in the corners where the tzitzit, the fringes, are attached. The tallitot currently sell for 450 euros (around $513 in US dollars), and could go up to 1,000 euros for customized pieces with embroideries or larger sizes. 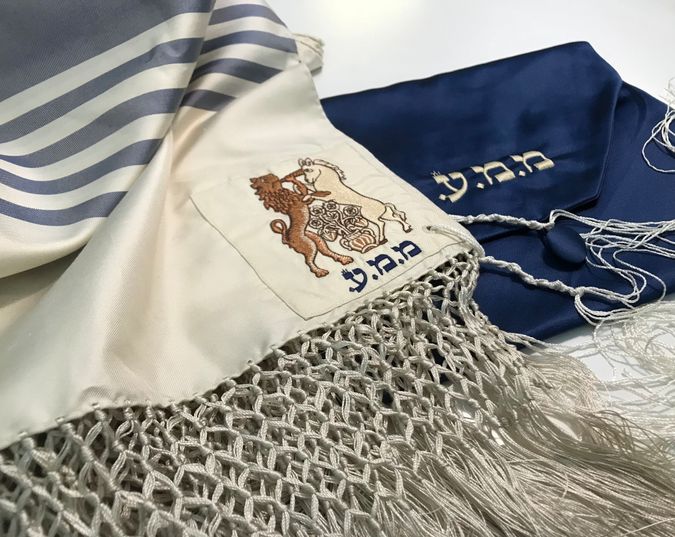 And then came the greatest challenge: Someone asked if they could produce silk tzitzit [the religious fringes on the tallit], as well.

Until then, the sisters had been ordering wool tzitzit from Israel and had the fringes attached to their manufactured shawls. For the fringes to be kosher, according to traditional halakha (Jewish ritual law), they should be handcrafted with the supervision of an observant Jew. The rabbinic debate over the acceptability of silk tzitzit dates back to centuries ago: According to authoritative opinions in halakha, the tzitzit should be made in the same material as the shawl. A 16th-century rabbi from Mantua, in northern Italy, Moshe Provençal, advised against silk tzitzit because, given that the manufacturing process more complex than with wool, it’s difficult to ensure that the fringes are kosher. 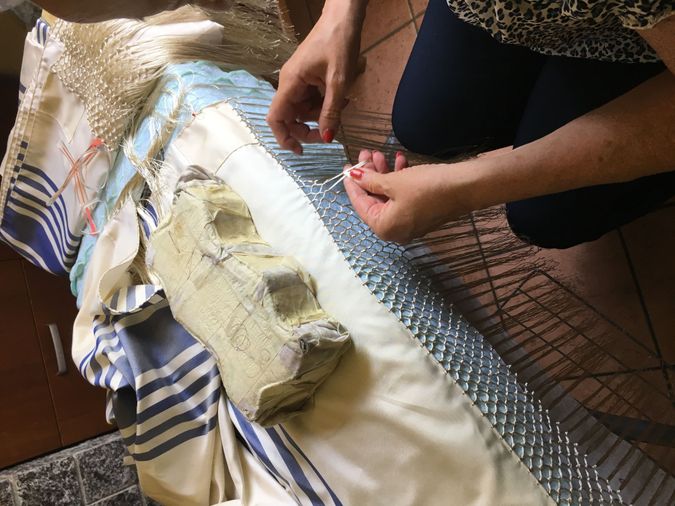 The sisters’ mother, Celeste Piperno found a company in a village in northern Italy that owned an old spinning mill imported in the 1970’s from Japan.

Several Italian rabbis, including Rome’s chief rabbi Riccardo Di Segni, traveled to northern Italy to produce the silk for the tzitzit. From the placing of the cocoons of the larvae in boiling water to the extraction of the fibers and the spinning of the reel, they gave life to the first Italian “kosher silk” in decades.

The event was so unique that it aired on national television and was reported in local newspaperss.

One of the rabbis who took part in the lengthy process was Umberto Piperno (not related to Dora) from Rome, who said he discovered a responsa by a rabbi in the north-eastern Italian city of Gorizia who was asked in 1630: “Can we feed the silkworms during Shabbat?” “The production of silk was a fairly common occupation among Jews,” Rabbi Piperno explained. “Italian tallitot were all made of silk.”

Piperno also noted that in the 1600’s there was a papal ruling in Rome forbidding Jews from spending more than one percent of their dowries for the tallit, because people were spending too much money on it.

Today, following the recent revival of the tradition, silk tallitot can be found in several Jewish communities around the world. New York’s historic Spanish and Portuguese synagogue, Shearith Israel, has purchased some.

Marc Michael Epstein, the director of Jewish Studies at Vassar College in New York, has himself adopted the silk tallit tradition. The corners of one of the shawls he ordered from the Pipernos feature an embroidery of a lion and a unicorn, an image he took from a 17th-century synagogue in Hodorov, Ukraine.

“These tallitot are gorgeous works of art,” Epstein told the Forward. “They’re the pinnacle,” he continued, “of conscientious, historically-aware elevation of rare and precious natural materials to the level of vessels for connection with the Divine — and with centuries of Jews who have gone before us.”

Simone Somekh is a New York-based author and journalist. He’s lived and worked in Italy, Israel, and the United States. Follow him on Twitter @simonesomekh