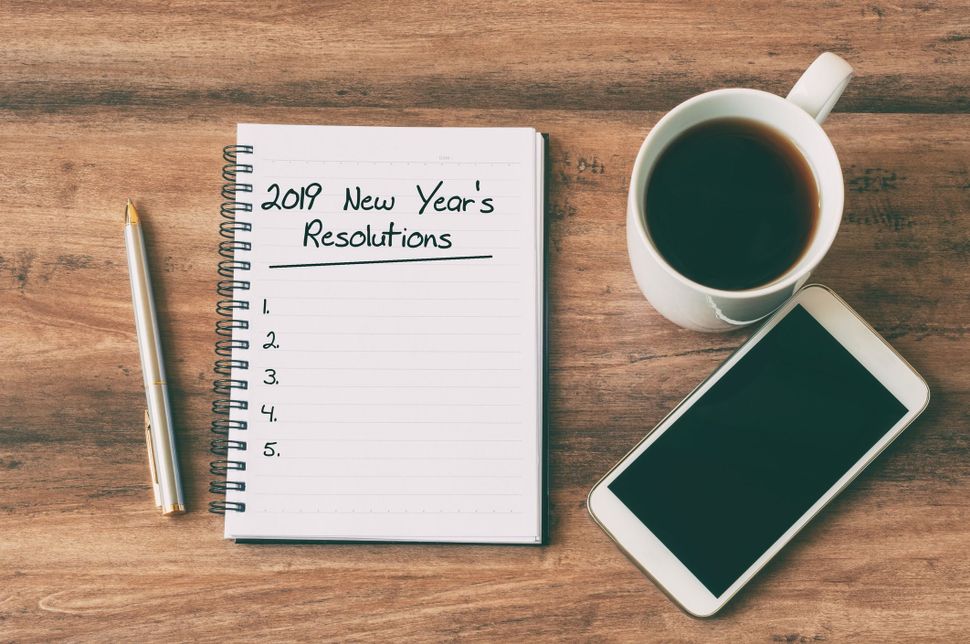 As I plan for New Year’s, RSVP’ing to parties and finding plus ones, I think about last New Year, just three months ago. Rosh Hashanah — the Jewish New Year.

It was a call I had avoided for five months. I had procrastinated and retreated in embarrassment — but it had to be done. [Rosh Hashanah](https://forward.com/schmooze/320610/rosh-hashana/ “Rosh Hashanah”) was three days away, and I had to make amends. But he wasn’t picking up the phone.

I was a high school teacher, and he was a recalcitrant student. During an English class late in the day in an all-boys yeshiva, when things become heated, he disturbed the class. He’s a teenager in a yeshiva, just playing his role. In response, I inhabited mine, and asked him to leave the classroom. Tensions rose and the principal was called in. He was in no mood to deal with the repeat offender and we were at an impasse, with the rest of the class watching. In a voice louder than I knew I had, I angrily suggested that the young man be expelled.

It was not my crowning achievement as an educator. Indeed, it was my one of my worst. I showed a side of myself that I shouldn’t have and acted unprofessional in an environment that sorely needed a veneer of formality and professionalism. Worse, I hurt a child. He may have forgotten it, and I certainly wasn’t gaining from expressing regret and asking for forgiveness, I had to call him to apologize. I had not seen him since the end of the school year. I still had to make amends, because the Jewish New Year was soon and I needed to take accountability for my actions. No matter how high I could have stacked my rationalizations and defenses.

As we enter the end of a trifecta of awful years, we should take accountability for our actions. We complain about how 2016, 2017, and now 2018 are the worse years. We shame leaders, opposing political groups, and just about anyone and anything that fits into a hashtag. But we don’t go inward and consider our behavior and actions and how they contributed to the terrible nature of world.

The days before the High Holy Days are a scary but necessary time to really reconsider our actions in the preceding twelve months. It helps us grow and meditate, so that we can enter a new cycle with a prospect of novelty and freshness. It’s hard work.

After four unanswered calls, with sundown on the New Year approaching, I left my former student a WhatsApp voice note. It wasn’t cathartic, and I wasn’t happy to fess up to a human error. But the only way a new year could be better is if I worked hard to find myself and improve. First, I apologized for the inexcusable sin of leaving a voice note. Starting with naming my sin, the public outcry, I then asked for forgiveness. I took stock of the out of line nature of my outburst and informed him that the mistake weighed on me.

I then reached out to the other people I had hurt – the friends I had flaked out on, the awkward feelings I may have created, the dubious MeToo moments that I played a role in. This is a thoroughly unattractive endeavor, different from a film where an alcoholic crosses off names from his previous life in an adventure to make amends. There, he finds redemption. Here, I just felt bad.

As I solidify my New Year’s plans in the West Village, I see the same refrain on social media, that this year was “the worst ever.” But I’ve read that the last two Decembers, in 2016 and 2017, too. It’s easy to decry and lament the end of days and be thankful that we add change one of four digits. But it’s harder to look inside and treat this time like Rosh Hashanah, to look back instead of forward. It’s hard and painful to meditate on and learn from mistakes. It might require some apologies. Despite all signs of our follies, from our couch potato nature to our lazy predispositions, we still sign up for the gym or promise to learn a new language. We conveniently forget our inclinations, which provides us a chipper attitude for tomorrow. But we have made mistakes and no amount of resolutions will change them if we don’t turn around to face our pasts. Past behavior can’t be paved over. We have to work the soil, dealing with whatever debris our activities created.

Resolutions are often inward facing, ways to improve oneself. Lose weight, get organized, and learn a new skill are among the most popular resolutions. These resolutions have a common thread, improving oneself, but without taking into account one’s relationship with others. Traveling more might broaden one’s horizon — but it won’t repair broken relationships. Cathartic nihilistic Twitter displays make good hobbies — but they rarely improve the world.

Instead, call the person you might have been avoiding. Email that apology that’s been sitting in your drafts folder. Reflect on your year and wonder what you could have learned from it so that New Years is a time for celebration and growth. We should take stock of our own shortcomings and make amends to the ones we hurt.

We have to be active and break the pattern of toxic discourse. And yes, even if it involves the discomfort of an apology for a nasty Facebook comment in a political forum. As you make your 2019 resolutions list, consider taking the Rosh Hashanah route — reach out to people beyond your social bubble and political affiliations, make amends, start anew.