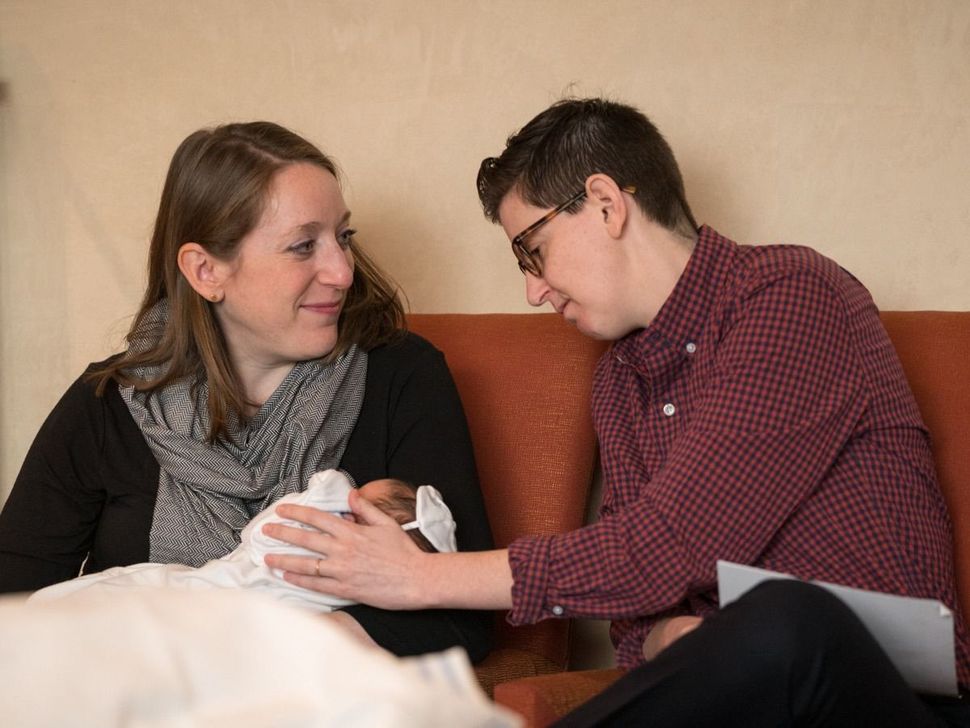 Growing up as a closeted queer kid in the suburbs of Chicago, families looked one way – with a mom and dad. I knew at a young age that I was different, and my parents were divorced, and as a result I couldn’t imagine what a family would look like for me. I didn’t know hardly any families with single parents, let alone two moms or two dads. I wasn’t sure I wanted a family.

And then I met my — surprise — now wife. As my relationship with her began to strengthen and grow, we began a conversation about getting married — and hypothetical children were definitely a part of that. However, at that time, same sex marriage had not been legalized, and we both agreed we didn’t want to have a civil ceremony — we wanted full equal rights. In June 2013, DOMA was overturned, and we headed immediately to celebrate in the Castro to join thousands of people crying, celebrating, and dancing in the street. It was the first time I began to truly see getting married as a real possibility for myself – it was also the first time I was able to clearly identify that I wanted a family of my own one day. In October 2014, I married my wife in northern California, and hoped that we would one day have children of our own.

When we made the decision to begin expanding our family, we knew the process would be one with many decisions, and we tried to approach each step with delicacy and intentionality. What became clear early on, was that the amount of resources for same-sex couples was limited. Everyone we knew suggested we read the “New Essential Guide to Lesbian Conception, Pregnancy, & Birth,” which seemed to be the one book widely published for couples with two moms, and even that book seemed out of date as it was published before same sex marriage had been legalized. Speaking with other queer families and friends who have gone through this was instrumental to the confidence and validation we needed as we started our journey. One of the friends I spoke with advised me to hire a lawyer as soon as the baby was born. She shared that I would need to adopt my child. I couldn’t fully understand why an adoption would be necessary if I was married and we were having a child together.

A few months before my wife did eventually become pregnant, we met with a lawyer in New York to gather more information. We learned that while, as the non-birthing parent, my name would be on the birth certificate, I would not be considered a legal parent. She went on to tell us that we would need to file a petition for a second-parent adoption that includes: a list of all the places I have lived for the last 28 years along with a criminal background check, a home study, and standing in front of a judge – for them to rule if the adoption would go through. It had become increasingly clear this would be an expensive and exhausting process. And on top of that, each state’s laws differ. Just because these are the rules in New York, the process could be very different elsewhere. In case we moved or, worst case scenario, got divorced, going through with this adoption was considered necessary, so I wouldn’t have to worry about this going forward. We would be, in essence, paying for a protection warranty that costs around $5,000. Many queer parents are unable to second-parent adopt, because of the unreasonably high lawyer fees. Only a small slice of LGBTQ people have the “privilege” of going through this process. 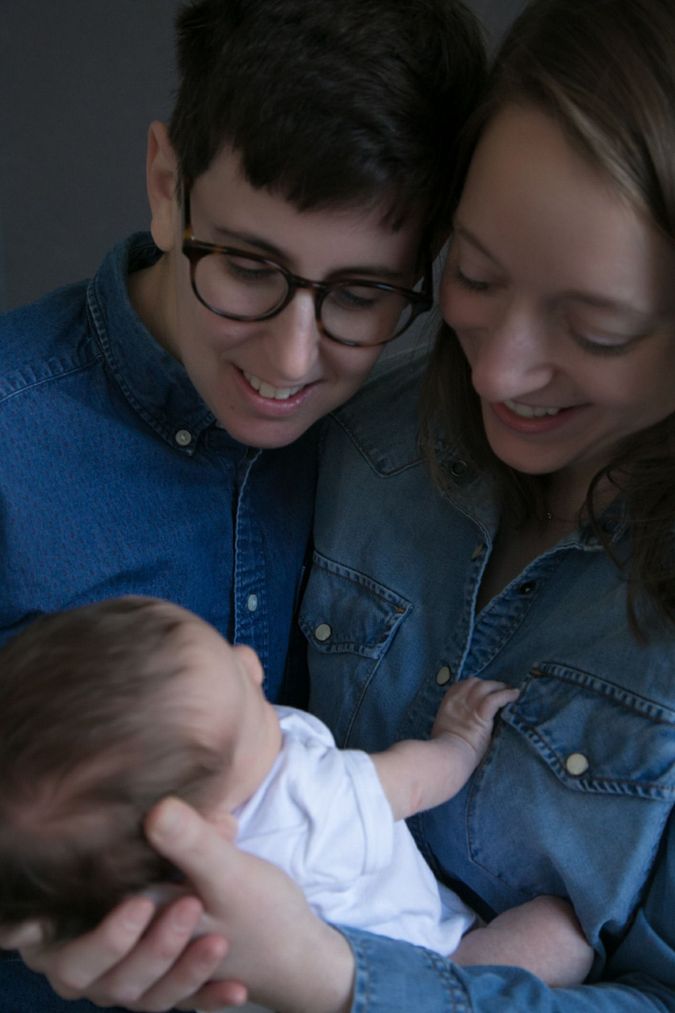 As soon as my son was born, I immediately felt a strong connection to him, a deepest sense of love, just like all parents. Knowing that I wasn’t considered his legal parent, though, gave me pause and made feel insecure about my connection to him. It’s painful and confusing to be told you aren’t legally your child’s parent. The idea of going through this long process, full of blatant homophobia, pain and vulnerability, carries a strong emotional toll. It is additionally infuriating to give in to a system that continues to not see me and many others as our full selves.

Activists have worked for many years to pave the way for marriage equality, and we must work to change the policy to reflect what families look like in this country. I was a parent as soon as I found out my wife was pregnant. I will not be celebrating on the day the adoption goes through, as I don’t need a judge to tell me who I am and what I already know. I am proud to help change the image of what a family looks like.

Becca Israel is the Development Officer at Bend the Arc: Jewish Action and lives in Brooklyn with her wife and son.