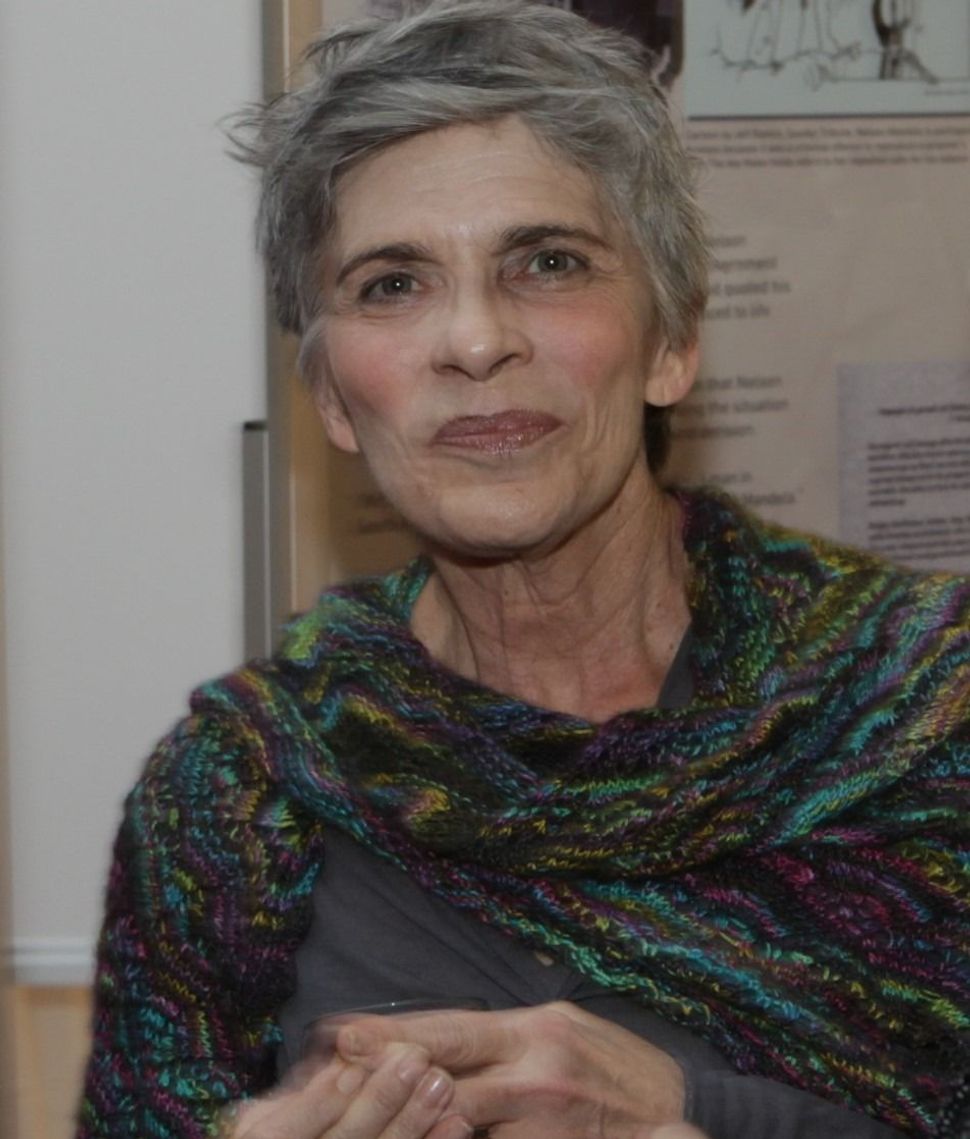 Nancy at Georgetown University, in 2009 Image by Courtesy of Jill Vexler

By Submitted by Phyllis Goldman January 14, 2019

Nancy Schwartz Sternoff died on January 12, 2019 in New York, NY after a brave battle with pancreatic cancer. An exceptional organizational strategist, fundraiser, and feminist leader, Nancy earned an M.A. in American Literature from NYU and a B.A. Summa Cum Laude from Syracuse University. Born in North Carolina, Nancy raised her children in Seattle. She spent her early career in politics, including as a top aide to former Congressman John Miller from 1984 to 1989. She then served as the Executive Director of the Women’s Department at the Jewish Community Federation of Baltimore, and was the first and only Women’s Campaign Director in any major city to be promoted to Vice President at the Federation. Nancy also chaired the first Professional Institute of the Women’s Division of CJF/UJA.

In 1998, Nancy became the Director of the Dobkin Family Foundation, a pre-eminent funder of feminist leadership, advocacy, and women’s advancement. In that capacity, she served as an advisor to highly respected organizations such as the Ms. Foundation for Women and the Jewish Women’s Archive, among many others. In 2011, she launched G&S Consultants with Phyllis Teicher Goldman, bringing fundraising, governance, and communications expertise to myriad organizations that work at the intersection of social justice, feminism, and human rights.

Nancy was a force of nature, as gracious as she was fierce. She was a trailblazer, tireless advocate for women, and mentor to countless eager protégés; a world traveler, chef, challah baker, jam maker, and hostess nonpareil. She was a knitter of exquisite and extraordinary talent; an effortlessly chic dresser, meticulous grammarian, theater enthusiast, avid crossword and jigsaw puzzler, patron of the arts, early riser, posture enforcer, Southerner, and Brooklynite.

Nancy was ceaselessly generous with her time and served on the boards of several national organizations including American Jewish World Service, the Jewish Women’s Archive, Bikkurim, and the Jewish Funders Network. A beloved colleague, friend, and mentor to emerging leaders—particularly women—Nancy is remembered for her strength, wisdom, generosity, sharp humor, and passionate loyalty. Committed to empowering others, she selflessly loved, advised, fed, challenged, cared for, and inspired those around her. As Nancy “never knew a stranger,” she will be greatly missed by a huge community of family and friends in whom her spirit resides and flourishes.

She was a beloved mother to her four children, Joshua, Daniel, Miriam, and Anna; mother-in-law of Rebecca, Smadar, O’Neal, and Andrew; adored Nana of Atalya, Mia, Lila, Ilai, Zoey, Madeleine, and Joseph; devoted sister to Susan and Elliot; and beloved wife of the late David Sternoff. Her family is comforted that she will be joining their loving father and Saba, David.

In lieu of flowers, donations in Nancy’s memory may be made to Congregation B’nai Jeshurun and The Oregon Shakespeare Festival.