From The Archive: An Unlikely Romance Between A Jew And Nazi Ally 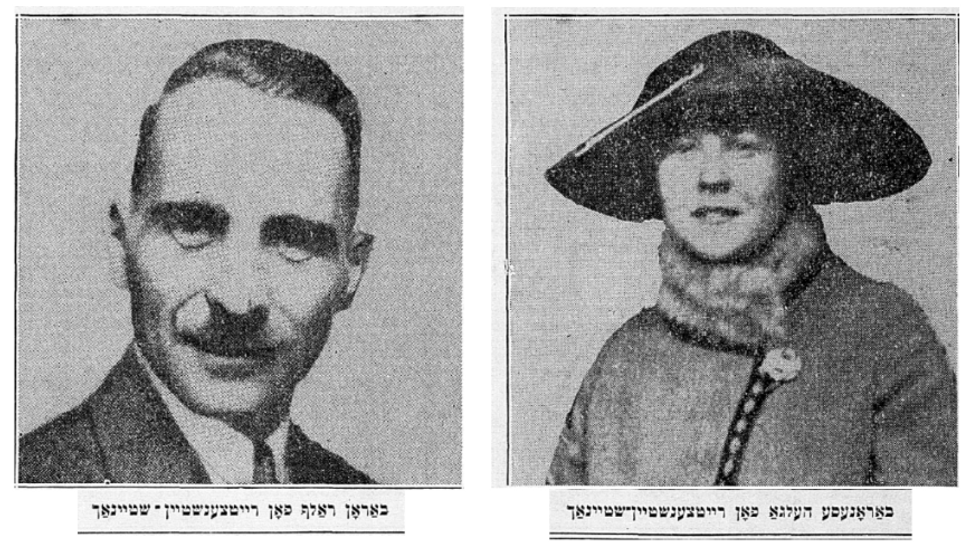 In the 1930s, a Jewish woman fell in love — with a Hitler sympathizer.

Helga Steinfeld first appeared in the pages of the Forward for her outrageous decision to marry Rolf Von Reitzenstein-Steinach, a German noble, spy and Nazi sympathizer. Indeed, love can make us do crazy things.

The two were together six years, and in the end, he left her broke and miserable. At the time, the Forward published a dramatic retelling of Steinfeld’s 1936 appearance in court, where she pled her desperate case with the judge overseeing her divorce.

Today, the Forward revisits the first chapter of this unbelievable love story-gone-wrong: 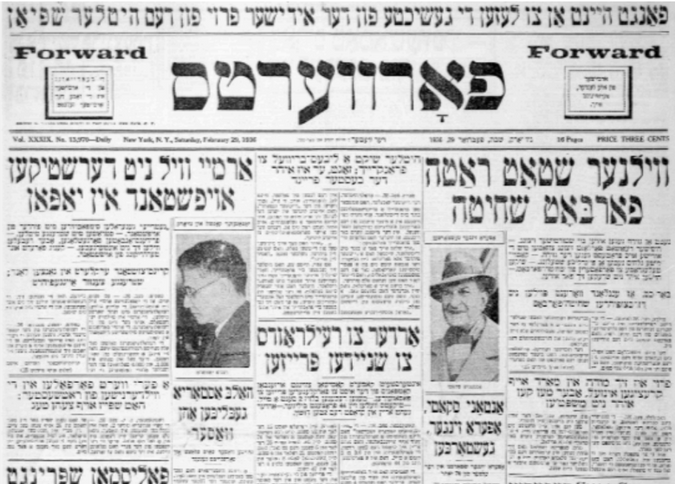 Her Husband Is A German Baron, A Hiterlite And A Former Spy

The curtain rises and the drama begins.

A young woman, a Jew from a small German village of Friedrichsrode, stands before the New York Irish Judge in family court. She accuses her husband, the German baron, the former spy and current Hitler sympathizer, of destroying her life and happiness and for leaving her demoralized and broke.

Her husband is Baron Rolf Von Reitzenstein-Steinach, a German nobleman, proud of his distinguished heritage, seven hundred years in the making.

The Judge’s seat is occupied by an elderly, venerable Irish Chief Judge, Justice John Boyle. He swivels in his chair, and observes out over the complainant, the accused and the lawyers. He already knows the subject of the case and has had many hearings on such issues of human pain and suffering and family melodramas — it’s old news to him.

It’s quiet inside the courtroom. Justice Boyle and members of the justice department consider the young Jewish woman and the middle-aged German baron — the Judge’s demeanor becomes more serious as he absorbs the matter at hand.

And he knows he won’t be duped. He’s too knowledgeable about human nature to be bamboozled.

The curtain rises, and the drama begins.

It was March 8, 1934. Outside, winter receded, conflicting with the beginnings of spring. The cold north wind wrangled with the warm sunshine, until a gray cloud loomed overhead.

That morning saw people rushing about New York’s streets, afraid of getting caught in the coming rainstorm.

Among those losing no time was a young Jewish woman, now standing before the judge in family court. 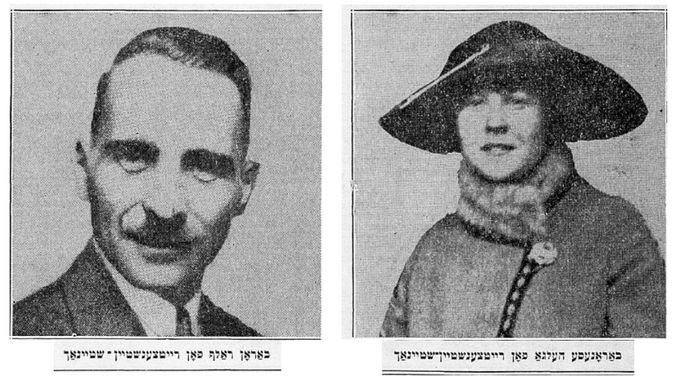 She wasn’t shaken by the wind nor the storm. She wasn’t bothered by the oncoming rain or the clash between the cold winter and the coming of spring.

Her mind was full of ruminations and memories of her marriage to the German baron. Good fortune mixed with even greater misfortune. Strong, deep love had enmeshed with righteous indignation, bitter hatred and fury. Images from her youth, from her old home in Friedrichsrode, circled in and out of her mind along with scenes from her lively bustling New York City life.

While she hadn’t noticed the struggle between spring and the north-wind, she knew well the conflict raging within her own soul.

Alyssa Fisher is a writer at the Forward. Email her at fisher@forward.com, or follow her on Twitter at @alyssalfisher. Chana Pollack is the archivist at the Forward.

From The Archive: An Unlikely Romance Between A Jew And Nazi Ally