A New Exchange Program For Israeli Scientists — And Orthodox Rabbis

In a mid-sized study hall in Jerusalem, rows of men in white shirts and black pants are swaying to the sing-song of Talmudic verses. Some sit, hunched over their ancient texts; others stand, resting their books on a wooden lectern, or shtender, in Yiddish.

Forty-five minutes away from the beit midrash, Israel’s leading scientists are conducting cutting edge research in natural sciences and engineering at Tel Aviv University’s Center for Nanoscience and Nanotechnology. They are pioneering the field’s newest advances: creating a bionic eye in order to restore vision in the blind, studying protein to find a cure to Alzheimer’s, engineering nanoparticles to target specific cancer cells.

These worlds rarely merge — the religious/secular divide is so deep in Israel that a 2016 survey found that hilonim (secular Jews) are more uncomfortable with the notion that their child might marry a Haredi Jew than a Christian. Yet two cousins — a Haredi rabbi and a secular professor — have joined forces to create a dialogue between these worlds. In a country characterized by religious divide the merge of both groups is revolutionary. It also happened by mistake. 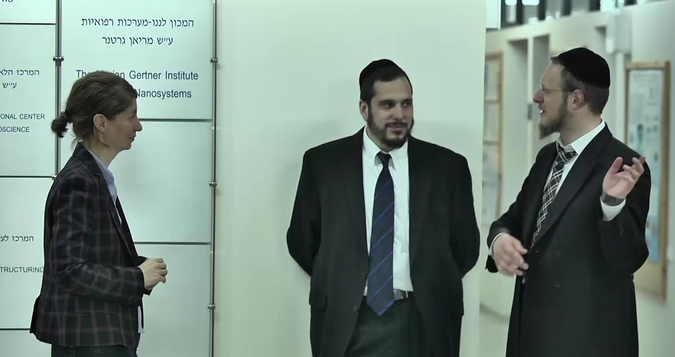 Daniel Cohen is on the far right. Image by Intersecting Pathways

Co-director of Intersecting Pathways, Rabbi Daniel Cohen, was born in north Tel Aviv to upper-class secular (hiloni) Jewish parents. His father was an economist and CEO of Dun and Bradstreet’s Israel branch. Right before Cohen began first grade, his parents became ultra-Orthodox, or Haredi — “hardcore” as he describes it. They moved to the ultra-Orthodox city of Bnei Brak. His father left his firm, instead devoting 17 hours a day immersed in Torah study. Cohen followed in his footsteps, leading a lifetime of study at Haredi yeshivas (religious boys’ schools) and is now head of a Jerusalem yeshiva called Heichal Yitzchok.

Growing up, the relationship with his extended secular family was minimal. “It was warm but practical — we had very little to say to each other…there was an underlying feeling of mutual contempt for our respective lifestyles,” says Cohen.

At his sister’s wedding, a chance encounter with a secular cousin would change that. Dr. Roy Beck-Barkai, Senior Lecturer of physics and astronomy at Tel Aviv University, had just returned from a post-doctoral position at Santa Barbara in nanotechnology. He casually invited Cohen to visit the lab he was establishing at Tel Aviv University. Cohen deliberated. 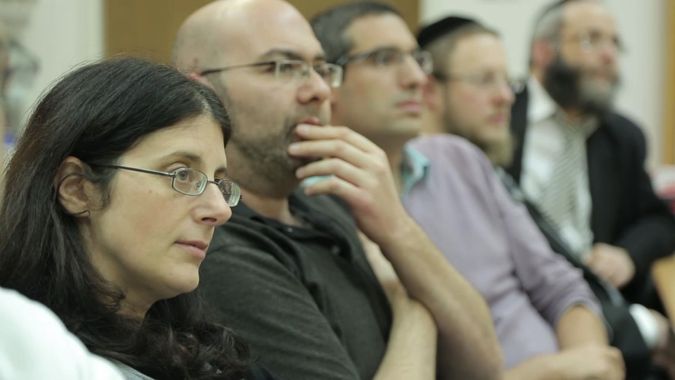 “It was more likely that I would go to the moon before going to Tel Aviv University,” Cohen tells me, on a recent visit to New York.

As peculiar as Cohen looks in a New York cafe, with his black frak (robe), velvet yarmulke, and reddish beard, he insists that he is more alien at a Tel Aviv college campus. There, dress can demarcate where one stands on national military conscription, the authority of the religious establishment and even whether a supermarket should be open on Saturdays.

“There, you speak even before you open your mouth.”

Cohen realized that the inability of two family members to connect was emblematic of greater societal rifts, ones that threaten the integrality of the state.

Despite having no scholastic background in science, Cohen toured the lab and was fascinated by his cousin’s research. During the tour, he handed Barkai a book of his Bes Medrash’s recent publications. Barkai says he was struck by how similar their professions were. “We are both scholars, devoted to our students, to the outcome of our work and to publishing papers.”

To Barkai, the world of Jewish law is “an enigma. People have been following these rules for many years.” On the other hand, “scientists are adaptive…we start one thing and change.” 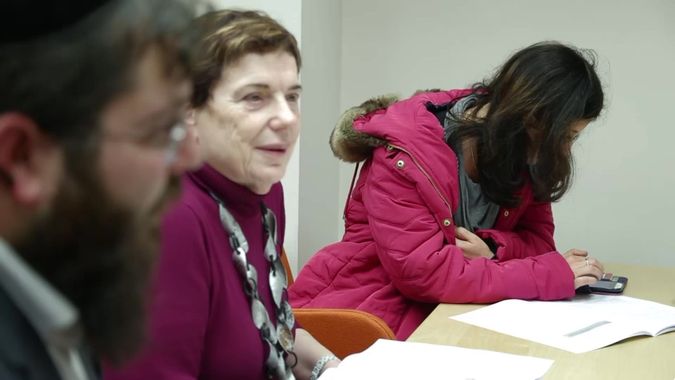 As the nanotech center pushes the boundaries of science, new technology is producing a moral minefield. Where should an autonomous car swerve if there are pedestrians in the way? Is it ethical to amputate a functional but sub-optimal limb and replace it with a bionic one? How far can doctors go in editing children’s genomes?

New advances also pose challenges for rabbinic scholars whose adherents turn to them for practical guidance dealing with science and technology, disciplines largely foreign to them.

Barkai and Cohen saw an opportunity.

The cousins decided to form an initiative called Intersecting Pathways. Comprised of leading scientists and rabbinic scholars, the group meets periodically at Tel Aviv University to share research pertaining to science, Jewish law, and advancing technology. Barkai’s colleagues were skeptical at first. “It’s easier to make a project fail than succeed”, he says. By the group’s second meeting, they had gone into overtime — the janitor had to ask the participants to leave the building. 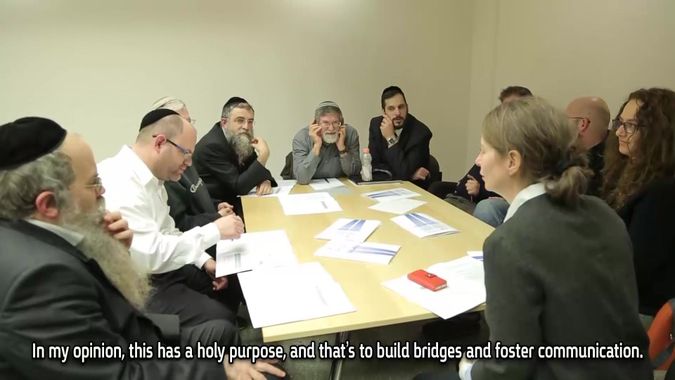 Conferences begin with a scientific lecture by a leading academic in the field. After, a rabbi presents the biblical portrayal of the same concept. During the third part the group divides into pairs to delve deeper into the interdisciplinary sources. They hope to publish articles by the members supported by scientific and rabbinic thought.

Yael Henin, Professor of Electrical Engineering and the head of Tel Aviv University Center for Nanoscience and Nanotechnology, co-directs the initiative with Cohen, and says that both science and Jewish law “build on learning and questioning” and aim for “novelty,” despite the different subject matter and learning style.

Participant Dr. Shai Lavi, a law professor at Tel Aviv University and director of the Van Leer Institute, says that political and religious differences are irrelevant in the conference room: “The point is the meeting of worlds of scholarship.”

I called Barkai and caught him on the way to a basketball game with his son. I asked him how he envisions bridging the country’s social rifts.

“Oy vey,” he sighs. “All around the world, not just in Israel, we are finding what separates us…[this program] gives me hope for the future. If I look around, in the States and Europe, I think that it is us, the scientific leaders and religious people who care about ethics and building bridges to find the ways to overcome the differences.” He pauses. “I hope my son will find bridges as he gets older.”

A New Exchange Program For Israeli Scientists — And Orthodox Rabbis