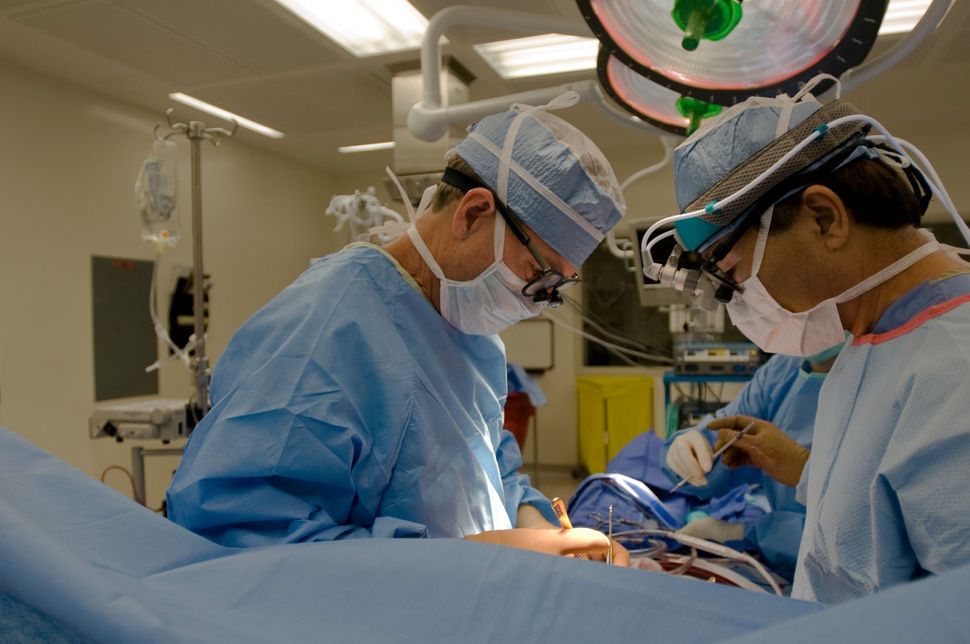 An Israeli cardiologist claims to have developed a “first in the world” heart procedure, by plugging a bleeding hole in a 29-year old’s heart, using a device that is usually used to unblock arteries.

Prof. Victor Guetta, Director of the Invasive and Interventional Cardiology Unit at Sheba Medical Center, reports having used a device called an “Amplatzer Ventricular Septal Defect Occluder,” to plug a hole in the wall of a patient’s heart that was bleeding into his chest cavity.

The patient, a young man with a history of heart problems, had already undergone several heart procedures and Guetta did not think that he was not an ideal patient for another surgery. “This guy had a hole in the left ventricle and blood was leaking out from his left ventricle through this hole and created a huge pseudo-aneurysm,” Guetta told The Forward. “Originally, they thought that he needed urgent surgery where they are going to close this aneurysm but you have to remember that this guy already had three open heart surgeries before.” Moreover, he said, further surgery would have necessitated the installation of a mechanical heart valve, “which is another complication.” 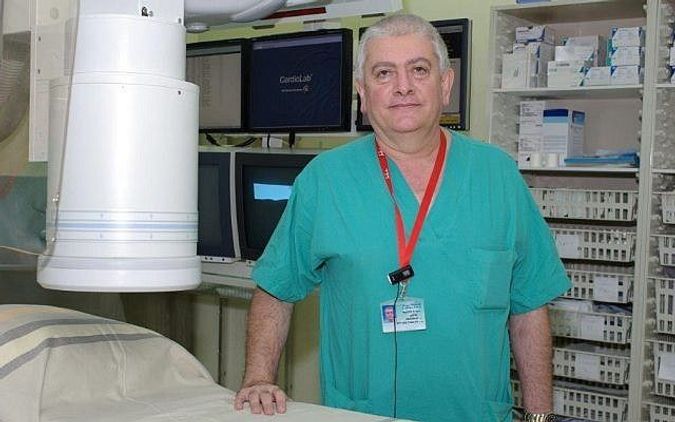 “I had to come up with an alternate path. There were too many drawbacks to performing surgery on this patient. This is how it is with medicine. A device or treatment for one problem ends up working on something else,” he said, adding that while he was familiar with the device “but it was never used” in this way. “But I thought ‘why not,’ the worst that can happen is I won’t succeed and he will go to surgery and if I can save him from another surgery then I should. So thats what O did and the procedure went relatively quite fast and with no complications and we were able to close the hole. It took less than one hour. He was walking the next morning and we discharged him two days later and he’s doing fine.”

However, while Israel has produced novel medical technologies and scientific breakthroughs, not every recent piece of news from the Jewish state has been as positive as Guetta’s technique. Last month, scientists around the world reacted extremely negatively to an Israeli firm which made the “highly irresponsible” claim that it had discovered a cure for cancer.

Asked about his technique’s significance, Guetta responded that it wasn’t widely applicable but that it highlighted an important point about contemporary medicine.

“Once in a while in the field of cardiology people are doing things that require them to think outside of the box and this is one of the things,” he explained. “I’ve been in cardiology now since 1990 so this is almost 29 years and this is the first case [like this] that I’ve come across. So I don’t think in my professional life I’m going to see another case. Maybe in a different hospital in a different country someone will come across a case like this and he can use the same technique that we did. Cardiology is progressing significantly and there are options for patients” that did not exist before.