A New Program Offers A Space For Non-Binary Mitzvahs 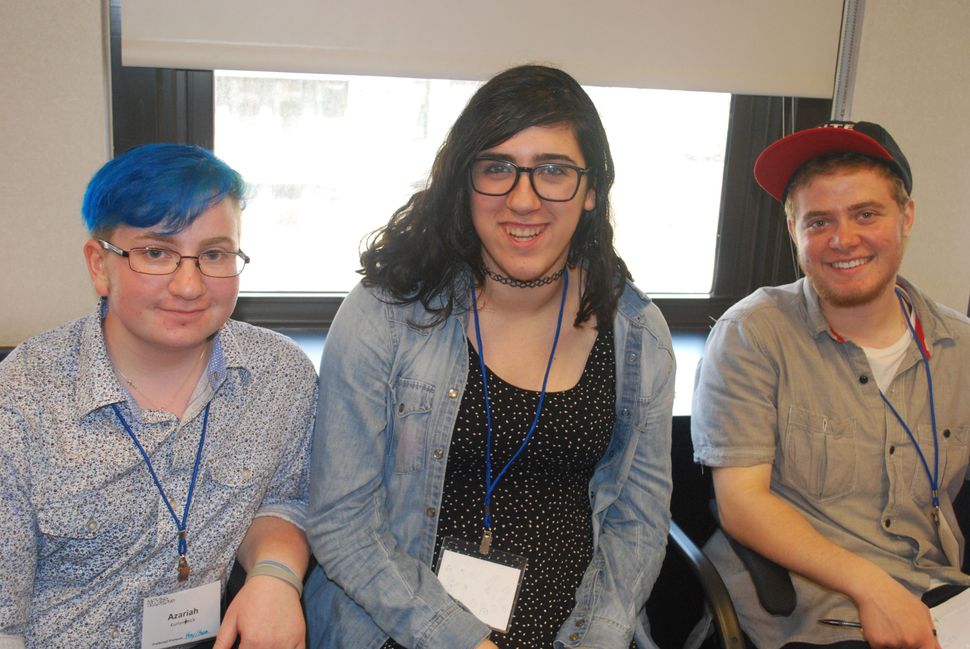 Yet for Kollin, neither program was a perfect fit.

Kollin, who is now 18 years old and a senior in a high school on the Westside, identifies as non-binary and goes by the pronoun “they.” After coming out, Kollin thought it would have been great if the organization had an LGBTQ-oriented variation of its programming.

“They had it for guys and for girls,” they said. “What about the LGBT teens?”

Every month, the participants gather to learn and discuss self-discovery, Judaism, gender, identity, and similar topics. The organizers named the group “Tzelem,” which means “image” in Hebrew. Moving Traditions had already been running a few online Tzelem groups for transgender, nonbinary, gender fluid, and gender questioning teens, but this was the first in-person program of its kind.

Kollin said the Tzelem group is “an extra safe space.”

“I was part of JQ, which was already a safe space for me,” Kollin said. “This group is more deep and personal. I’ve been able to open up about deeper, more emotional issues. Everybody who goes [to Tzelem], we all support each other.” 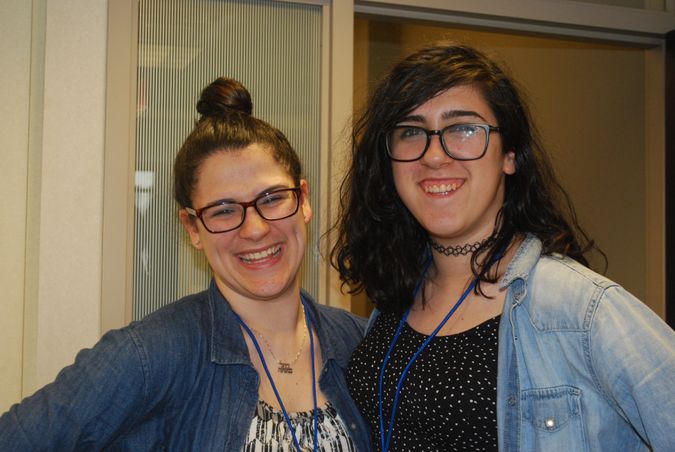 The group leader, Jodi Wedeen guides the teenagers through a different topic every month, such as healthy relationships and pushing against gender stereotypes. Her goal, she said, is to provide the participants with a safe space where they can “talk about uncomfortable issues for a couple of hours.”

Wedeen studied anthropology and sociology. She loves people, she said, and she loves to understand different people and their respective languages.

JQ International was founded in 2004 to serve the Los Angeles area; it runs, among others, a teen program named “Teen Jewish Queer Straight Alliance (JQSA).” Moving Traditions, on the other hand, operates on a national scale to provide progressive educational programming for kids during and after their bar and bat mitzvahs, partnering with hundreds of Jewish institutions across North America. “JQ is not our traditional partner,” said Alisha Pedowitz, the California director of Moving Traditions. “Usually we work with synagogues.”

In its nation-wide programming, Moving Traditions has always welcome LGBTQ participants. The decision to start a group specifically targeted to queer teenagers, however, was part of the organization’s “goal of meeting teens where they are at,” Pedowitz explained. “We realized that our two organizations shared many of the same goals for supporting teens to feel like they are flourishing as whole, healthy, unique individuals,” she said.

Pedowitz said that both organizations work for “the broader Jewish community, not for a specific denomination.”

“It’s harder to get into some denominations when it comes to the LGBTQ community,” said Arya Marvazy, managing director of the L.A.-based JQ. “We’ve reached out to the Orthodox community.”

The gatherings take place at the JQ headquarters in West Hollywood. So far, only a few students have joined, but the organizers are aiming to gather up to ten teenagers for next year. Moving Traditions has been in charge of creating the curriculum, which the two directors said is based “heavily on research,” and on “Jewish wisdom as a source of strength to help the teenagers navigate the complexities of adolescence.”

“Teenagers get messages from society on a daily basis on how they should act and how they should be in terms of gender,” Pedowitz said. “We want to be able to push that. We want the teenagers to be themselves.”

Wedeen, the group leader, said she guides the group to discuss the identity of being both Jewish and queer. “We talk a lot about self-love and understanding,” she said. “Even though we have access to all of this technology and information, there is still an internal struggle.”

Most of the families of the participants, Wedeen said, are supportive of their kids taking part in the program. “It can be a little scary for the parents sometimes,” she said. “I’m really grateful to be one of the first people to do this—I get to give these teens a safe space where they can be themselves, without worrying of what other people will think.” “Moving into the next year, the goal is to grow the size of the group,” said Marvazy. “This experience could find its home also in New York City and in other places in the United States. The rest of the Jewish world could learn from this.”

A New Program Offers A Space For Non-Binary Mitzvahs