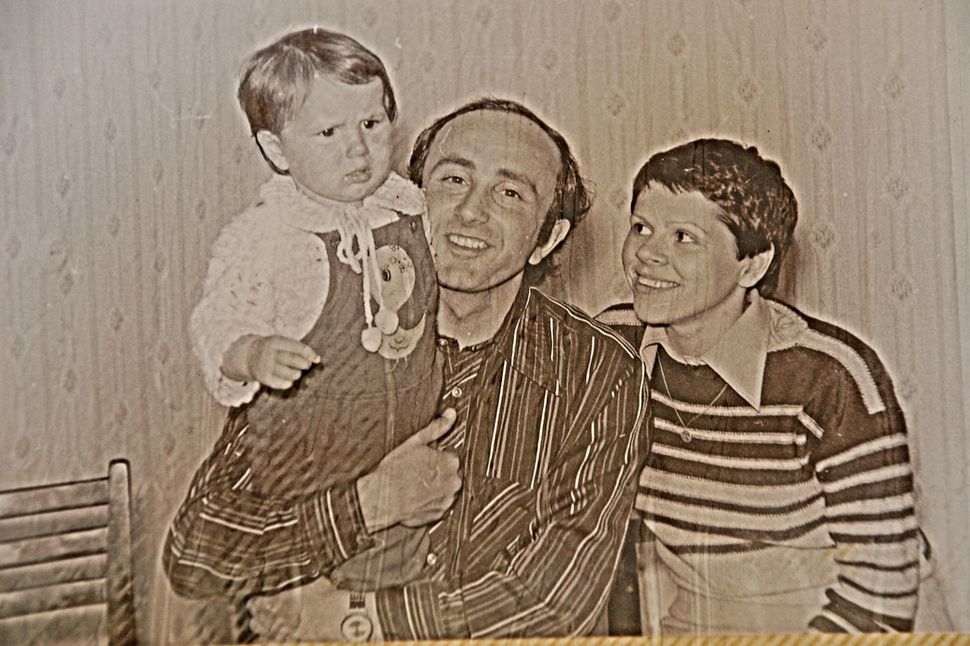 When I was in high school, my brother hung an Israeli flag in his bedroom window. Our father’s reaction was instantaneous: The flag had to come down.

We scoffed. We said things like “This isn’t the USSR” and “Come on, it’s the ‘90s” in our most wizened, know-it-all teenage voices. The flag came down but we remained convinced he was over-reacting. Even at 16, after participating in the March of the Living, I thought that these fears were a thing of the past. (It’s worth noting, this was the 1990s and Israel wasn’t the flashpoint it’s become. An Israeli flag just a proclamation that we’re Jewish, not a political statement about the Middle East.)

I remembered that incident on Saturday, as I was processing the news out of Poway. I was born in Soviet Russia and raised by immigrant parents. I’ve always known that my upbringing would be different from my kids. But I assumed it would play out in the cutesy “immigrant-ness” of it all. My kids’ parents don’t have accents, catch movie references, and learned the same knock-knock jokes in school. That sort of thing. I’ve taken it for granted that in most ways, and despite having one non-Jewish parent, my kids’ lives and identities would feel much like mine. Internet and smartphones notwithstanding, I accepted that the social fabric, the ideals of liberal democracy, would remain the same, or better.

But yesterday, I suddenly understood, so clearly and deeply, that our kids’ generation will have a profoundly different understanding of Jewish history. History, for them, no longer.

There were no synagogue shootings in my childhood. While I grew up with a police presence outside our shuls and a buzzer-only entry to the Jewish school, I didn’t give it much consideration. We now attend High Holiday services in a location with no security whatsoever. It bothers me, but we’ve continued attending and I brushed off those feelings as little more than vestiges of inherited trauma. I assumed that things like spray-painted swastikas (so normal, right?), Holocaust deniers and casual comments about Jews running the world wouldn’t translate into physical violence. This, even as a former Soviet refugee, raised on a family history of the worst of the 20th-century. (And by the way, living in Canada is not a panacea to these problems. We have plenty of the same hate and terrorism, which I’ll just leave at mentioning the Quebec City mosque shooting and the Toronto van attack.) 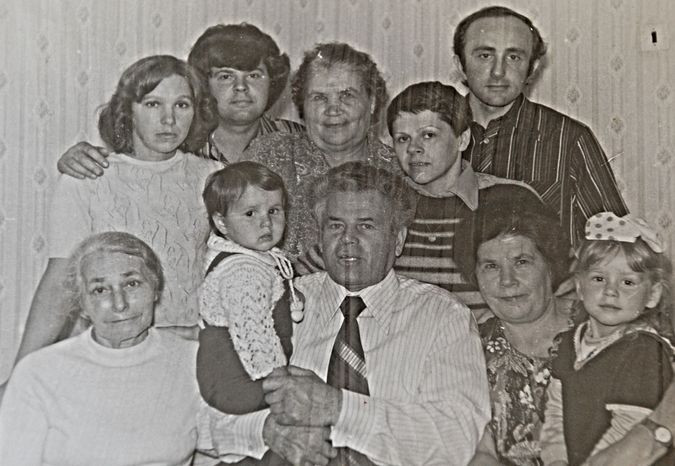 I had such immense freedom to ignore previous generation’s advice — to cherry-pick how I listened or not to tales of violent Jew hatred and the concurrent warnings that history repeats. It’s not that I didn’t think anti-Semitism wasn’t serious or that it had disappeared. But it felt like we were on the emerging end of it, and that the threats would henceforth largely take the form of words. Debates and discussions. Nothing too terrible. Just Jewish life “as usual,” in which we needed to speak up against anti-Semitism in much the same way we have to visit the dentist and clear out the eavestroughs. And maybe that’s a cynical, or grim, enough, acceptance of reality already. But nonetheless, Jewish history didn’t translate into a lived reality that involved physical threats to my safety. I never considered it could change the course of my life, or even end it. That stuff, for Jews, happened Back There, Back Then.

Like every Jewish (and minority) parent, once the glow of your first child’s arrival wears off, you start thinking about the day you will have to tell this perfect bit of innocence about It. For us, It is the Holocaust, followed by Soviet history and, of course, Israel. What I didn’t know 10 years ago was that it would not be Jewish history I’d be most terrified of explaining.

In all the reading I’ve done on how and when to introduce my children to the Holocaust, to pogroms, to the Night of the Murdered Poets — all that reading, along with my own memories of learning about the camps, and later visiting their sites as a teen — nothing has prepared me for how to explain Jewish deaths that are today’s reality, not yesterday’s stories.

I’m struggling to wrap my head around the fact that for them, pogroms and the Holocaust might feel considerably closer to their lives than it did mine, even as they grow into a generation who will, mostly, never meet any Holocaust survivors.

Because I feel the lives of my grandparents and great-grandparents growing ever closer, their stories looming over us all, and crashing into the present. It is a sea change between our generations. Our kids will hear those stories and connect them to their lives in a visceral way, to a possible future that I never truly imagined. It feels so naïve to have worried that they wouldn’t value the traumas our family endured. Any teenage scoffing at out-of-touch parents with their warnings that the world of their grandparents is still with us will come at a deadly price for them. I already envy my parents for being on the receiving end of my dismissiveness about the attention a Jewish symbol might attract. I am terrified that my kids will never get to say such things, with such ease, to me.

There is an oversized menorah erected on our provincial government grounds, thanks to the efforts of Chabad. I see it daily during Hanukkah because I work in the immediate vicinity, and while intellectually I understand the significance, I’ve always taken its annual appearance for granted. I never felt it in my bones. I feel it in my bones now. Feel its fragility and precariousness, gripping the edges of a vanishing moment of peace in our history.

This time of year — between reciting the Haggadah’s text “In Every Generation…” and Yom HaShoah — always feel fraught to me, more so than the High Holiday period. But never more so than this year, when we recited the words “In Every Generation…” on the exact 76th-anniversary of the Warsaw Ghetto Passover Uprising and shockingly closed with guns ringing out in a synagogue.

Lea Zeltserman is a Toronto-based writer who focuses on SovietRussian-Jewish culture, food, and immigration. Find her online at leazeltserman.com or on Twitter at @zeltserman.