Is the Holocaust Instagrammable? 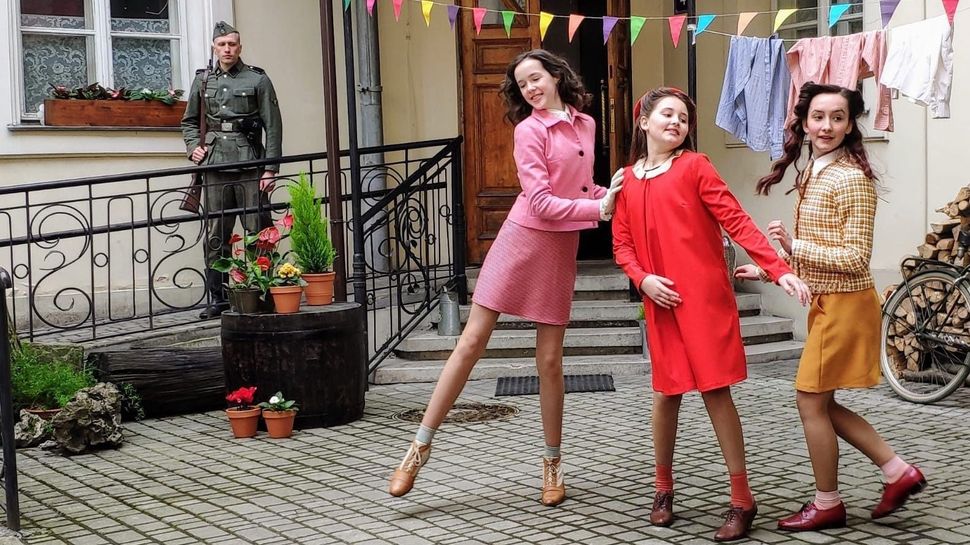 In the winter of 2013, armed with a bulky coat and fleece-lined boots, I traveled to Poland to see places I’d heard about my whole life around the Friday night table. I went to my family’s hometown, Działoszyce, and to the concentration camps my grandparents survived. In a cluttered Polish archive I found the birth certificate of David Sarna, my grand-uncle, killed when he was twelve-years-old, of whom no other trace is left.

Those few weeks changed me profoundly. So it was only natural that, as a working writer, I would chronicle my experience. But when I sat down to write about the trip I hit a brick wall. I spent weeks typing and deleting, the empty white screen glaring back at me. Eventually, I realized something startling: while I wasn’t able to find the right words to describe what I felt, I had been communicating using social media all the time, Instagramming photos I’d taken at the places I visited: the synagogue in Działoszyce, Oskar Schindler’s Factory, Krakow’s Jewish cemetery.

The idea upset me. Had taking and sharing pictures replaced my use of the written word? Was I a victim of social media?

If I was, I certainly wasn’t alone. We’re all addicted to our smartphone cameras and the software inside them. As journalist Peter Lindberg observed in Travel + Leisure, “In 1970, mankind as a whole took 10 billion photographs. Today that number is close to 400 billion… Like people who innocently save sugar packets until all their drawers and closets are filled with sugar packets, we’ve become compulsive image-consumers, virtual hoarders… We point, shoot, then shoot and shoot again, until we’ve amassed 1,764 photos from a single week’s vacation.”

Still struggling to write my Poland article, I stumbled on an interview of Kevin Systrom, one of Instagram’s founders, in which he envisioned the photo-sharing app in the future. “Imagine a world where virtual reality exists and is ubiquitous… How cool would it be if you were at a concert in the countryside and I could be there with you – hearing, smelling, seeing it, too?”

Systrom’s musings made me think about my own Instagram photos, the Holocaust, my writer’s block, about photographs replacing written communication, and then… it hit me!

The idea was disgusting: YouTube videos from a squalid ghetto, tweets from a gas chamber. But it was also fascinating. Photographs from concentration camps and ghettos exist, but they were all taken by perpetrators. What might victims’ videos have shown or taught us that we will never be able to see or learn?

At the time I was trying to write my elusive article, the Syrian Civil War was flaring up and causing devastating side-effects. And it was all on social media. “No conflict ever has been covered this way,” observed journalist Zeina Karim. “Amateur videographers – anyone with a smartphone, Internet access and an eagerness to get a message out to the world – have driven the world’s outlook on the [Syrian] war through YouTube, Twitter and other social media.” Derek O’Callaghan, a scientist at University College Dublin, concluded that over a million videos from the Syrian conflict had been uploaded between 2012-2014 and had been viewed hundreds of millions of times.

The role of social media in the Syrian conflict evolved over time. At first it served as a pulmonary system for the rebel insurgents, bypassing government-censored local media. Later, it replaced traditional news reporting altogether. And by the spring of 2016, when Assad’s forces were overtaking rebel strongholds, it became a theater of horrors. Apocalyptic images flooded social media from war-ravaged Aleppo, where large-scale bombing and attrition killed more than 31,000 people: bodies lying in pools of blood, children being treated for poison gas inhalation, survivors digging through mountains of rubble. There were also real-time tweets from civilians like seven-year-old Bana al-Abed, who, with the help of her English-speaking mother, uploaded message to Twitter during bombings, displacement and moments of hunger, and even tweeted, “Please, save us, thank you,” as she thought she was about to die.

I had my answer. This is what the Holocaust might’ve looked like on social media, I thought.

Social media has shaped so many recent historical moments. It’s role in organizing and rallying civilians in the Arab Spring uprisings across the Middle East made me wonder: could Hitler have been ousted early-on by the opposition’s use of Twitter? Questionable force used by police officers across the United States was caught on smartphones, went viral, and contributed the to the rise of #blackLivesMatter. Could Facebook Live have spurred a movement of Jews demanding equal rights in 1930s Germany, in the face of ascendant anti-Semitism? ISIS used videos and hashtags to recruit followers from across the globe. Could the heroes of the Warsaw Ghetto Uprising have recruited fighters from across Europe given the same tools?

If regular Germans, or Americans had seen the inside of a death camp, would it have changed the course of history?

One could argue, using Syria as an example, that the international response to Assad’s butchering of his own citizens was partly shaped by gruesome video of a 2013 sarin gas attack, outside the capital, that killed anywhere from 200 to 1,700 people. That’s when President Obama made his famous “red line” threat of intervention, citing over 100 videos and “thousands of social media reports from at least 12 different locations in the Damascus area.”

But, on the other hand, the shocking images from Syria were by and large met with “compassion fatigue” and disillusionment because of the seeming endlessness of the conflict, the multitude of the images themselves and their larger-than-life horror. “Truth be told,” admitted journalist Michael Kimmelman, “no sane person wants to see these images anyway. What’s happening in Aleppo is almost unbearable to look at.” America’s reluctance to send troops to Syria and Europe’s disdain for refugees seemed to prove that the world could shut off their smartphones, as it were, and ignore atrocities, not only in the age of telegrams and newsreels but even in the age of social media.

Even if social media wouldn’t have saved lives or change the course of history, perhaps it would at least have been an excellent place to document the Holocaust for posterity. A 2018 survey showed that 66% of American millennials don’t even know what Auschwitz is. Would a social media trail have made future generations more aware of the Holocaust? Indeed, the internet “never forgets.”

I thought I had my answer – that the idea of the Holocaust on Instagram was a theoretical conundrum to be relegated to philosophical dialogue. Then, while writing this article about my unwritten article, I heard about Eva.Stories, a new social-media project advertised with the tagline, “What if a girl in the Holocaust had Instagram?”

I was shocked by the timing, the coincidence. Had someone answered my profound question before it had even been asked (in print)?!

On this year’s Holocaust Remembrance Day the @eva.stories Instagram account will begin uploading photos and videos depicting the life of Eva Heyman, a 13-year-old girl from Hungary who died in the Holocaust, based on her little-known published diary. “We gave her a smartphone instead of a camera,” explains Mati Kochavi, the Israel hi-tech businessman backing the project, which involved a screenplay, production team, hundreds of actors, billboard advertising, and celebrity endorsements. Before going live, the account has already garnered 450,000 followers.

According to the project’s press release, followers will “watch” events from the final years of Eva’s life: Nazis invading her town, forced relocation to a ghetto and boarding a train to Auschwitz. “The idea behind the project is to use social media to create a new genre of memory,” says Kochavi. “In the digital age, when the attention span is low but the thrill span is high, and given the dwindling number of survivors, it is imperative to find new models of testimony and memory.”

Well then, maybe my question is answered, moot. Perhaps we will actually get to see what the Holocaust would’ve looked like on social media.

After watching the project’s’ promotional trailer, a preview of Eva’s Instagram feed, it quickly becomes clear that Eva.Stories will not answer my question. In fact, it will have absolutely nothing to do with what the Holocaust actually looked like, or would’ve looked like captured on social media.

Eva.Stories is basically a relatively low-budget movie that, instead of being released to theaters of television, has been spliced up and released on Instagram. A cool idea, maybe. Banking on the appeal of an Anne Frank-like protagonist, definitely. But not a true depiction of the Holocaust.

Eva.Stories will be cleansed of the mass graves, wagon-fulls of naked corpses, burning bodies, and children shot at point-blank range – an integral part of the inconceivable horror of the Holocaust. It will be a PG-rated version of the Holocaust that is “like”able, sharable and appropriate for all ages. The Holocaust was not appropriate.

Theodor Adorno wrote that “writing poetry after Auschwitz is barbaric,” to describe the aesthetic problem of trying to explain horror with language from our everyday lives. And indeed, survivors, artists and historians all struggle to convey the immensity and the tremendous, unimaginable evil of the Holocaust. So, just like any other Holocaust-related novel or film, Eva.Stories might give one writer’s or director’s vision of the Holocaust, but it can never show what the Holocaust actually was, or convey how it really felt, the way social media might have been able to.

So, my question remains… theoretical and unanswered.

I can’t help but think, though, that even if social media wouldn’t have affected the course of the Holocaust, or even properly depicted it, it might have affected me. Social media might have given me the one thing I want so badly but will never have: a picture of twelve-year-old David Sarna, whose name I carry, and maybe even images of the rest of my murdered family. They’re people I miss without ever having known them, whose faceless presence has always lingered at the Friday night dinner table, and drove me to cold Poland, to try and get even just a little bit closer to them.

Is the Holocaust Instagrammable?