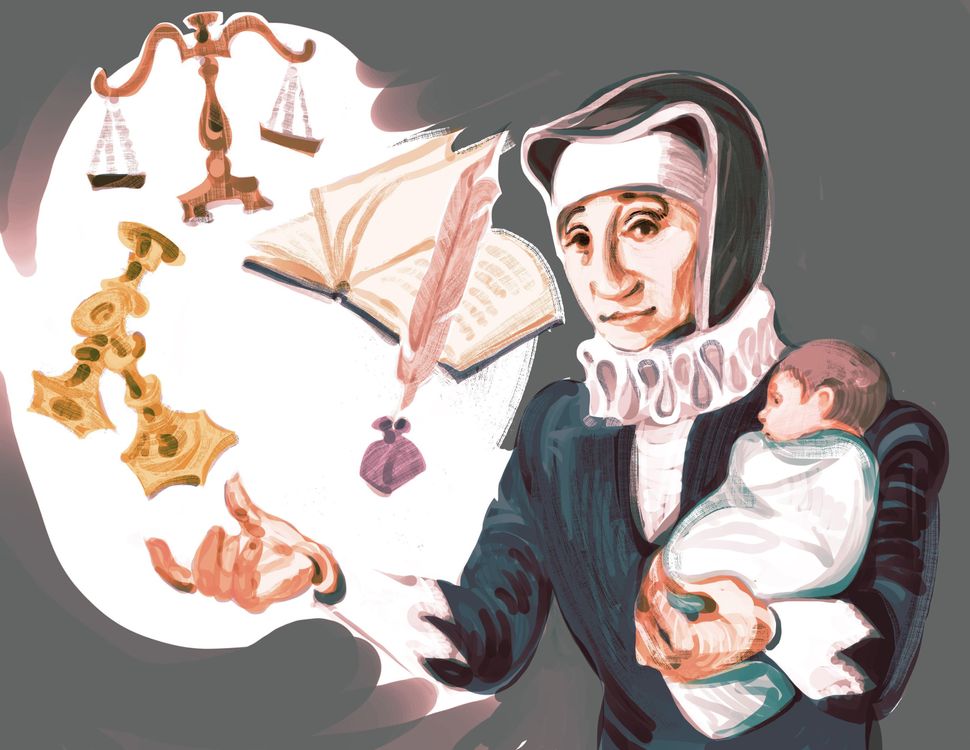 Gluckel of Hameln was a woman trying to have it all – and with 14 kids and a booming business, Gluckel was busier than most.

She also happened to be doing this in 17th-century Germany.

Gluckel was a prolific writer, and the prolific memoirs she left behind to her children are some of the first known diaries written in Yiddish by a woman. They have become beloved by historians attempting to understand this time period, and they detail her childhood, marriage, ethics, and commitment to Judaism. Although her diaries highlight her as the quintessential Jewish mom, they also portray a deeply personal portrait of German-Jewish life for Jewish women in the 17th century.

Born to a well-off Jewish family in Hamburg in 1646, Gluckel was one of six children. She learned about business at a young age; her father was a diamond trader, and her mother was an active participant in his work. Her family was also incredibly involved in the city’s Jewish community. Though Gluckel was not allowed to study Torah as a woman, her parents were dedicated to her education and ensured that she learned about Judaism at a traditional school in the city.

At age 14, Gluckel married Hayyim of Hameln. At age 16, she had her first child, a daughter named Zipporah, and she began working with her husband in their family business. They dealt in gold and traded pearls, and went on to have 13 more children together before Hayyim died in 1689.

After Hayyim’s passing, Gluckel took over the business, and traveled all over Europe to continue trading. This was also when she began keeping her diaries. They detail travel to Paris, Vienna, Berlin, Copenhagen, and Amsterdam, in addition to a bustling social life that kept her incredibly busy.

Her children went on to marry into some of Europe’s most prominent Jewish families, and Gluckl was there to oversee it all, making deals and forging connections along the way. Family was paramount to Gluckel, and throughout her diaries, she made sure to discuss her family’s lineage with immense detail, so as to preserve their histories for the next generation. 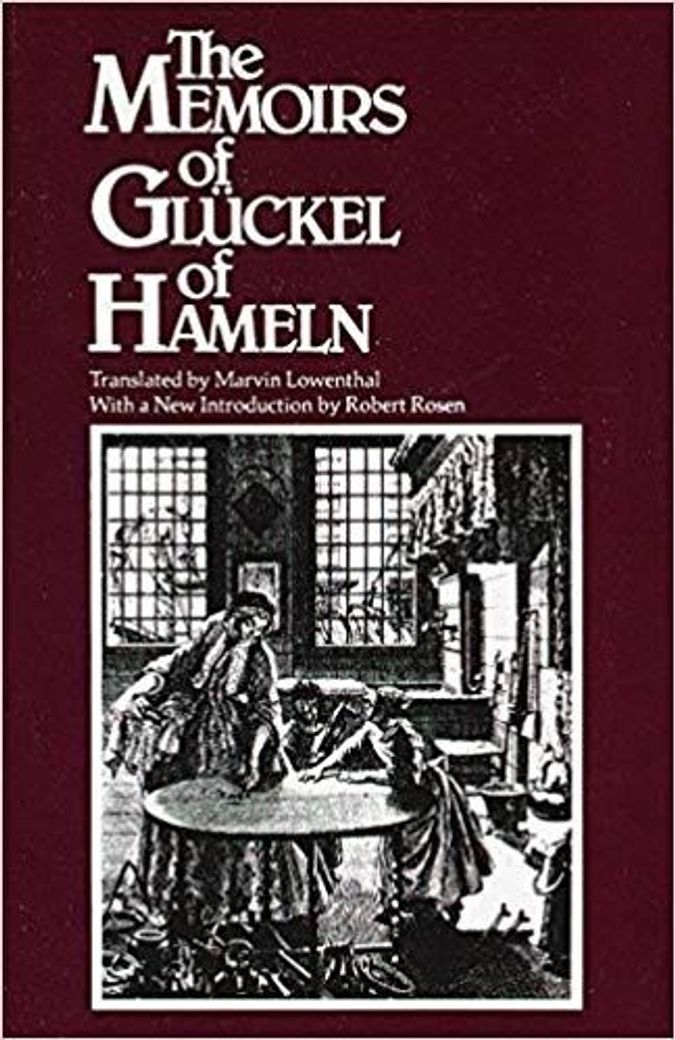 The Memoirs of Gluckel of Hameln Image by Amazon

In The Memoirs of Gluckel of Hameln, a translated book of her diaries by Marvin Lowenthal, she writes, “I am not writing this book in order to preach to you, but, as I have already said, to drive away the melancholy that comes with the long nights. So far as my memory and the subject permit, I shall try to tell everything that has happened to me from my youth upward.”

Throughout her memoirs, she endeavors to impart moral and religious lessons for her children, hoping that they will keep their family’s name, Jewish faith, and culture alive. Though her grief for her husband is palpable throughout, Gluckel’s surprising humor and earnestness with which she approaches this gargantuan quest of storytelling, is inspiring.

Like many in her time, Gluckel was deeply religious. In her memoirs, she instructs her children, “to serve God from the heart, without falsehood or sham, not giving out to people that you are one thing while, God forbid, in your heart you are another.”

She was also a profound feminist, for her time: she wrote about her mother’s experience as a lace maker, and how she would train other young girls to make lace as well. This workshop was encouraged by her grandmother, and by her husband too. Undoubtedly influenced by her mother’s entrepreneurial spirit, Gluckel was a remarkable businesswoman and wrote about her dealings eloquently.

When Gluckel was two years old, the Jews of Hamburg were expelled and her family moved to Altona, a borough of Hamburg on the right bank of the Elbe river. Altona was then under Danish rule, and in her diaries, Gluckel wrote that the Danish king “dealt kindly with us Jews,” and protected them from further prosecution.

Gluckel’s father was the parnas, or president, of the Jewish community in the area, and was in charge of not just taking care of the expelled Hamburg Jewish community, but others as well. Gluckel details early in her diaries the arrival of sickly Polish Jews to Altona who survived massacres by Cossacks and the hard rule of Bogdan Chmielnicki, and her family’s commitment to caring for them.

When the family was allowed to return to Hamburg several years later, her family still struggled; Jews were subjected to stringent rules, and required unique work and residence papers. Gluckel presciently wrote, “From time to time we enjoyed peace, and again were hunted forth; and so it has been to this day and, I fear, will continue in like fashion as long as the burghers rule.”

Gluckel finished her final memoir in 1719, and died 1724 at 78 years old, when she was living with one of her daughters and a son-in-law in Metz, Germany. Gluckel finished her final memoir with this excerpt: “In the month of Nisan, 5479, a woman was kneeling by the bank of the Moselle, washing her dishes. It was about ten o’clock at night, and of a sudden it became as light as day, and the woman looked in the Heavens, and the Heavens were opened, like unto a…and sparks flew therefrom; and then the Heavens closed, as one closes a curtain, and all was dark again. God grant that it be for our good!”

This is the beginning of a series on oft-forgotten great women of Jewish history. Have an idea of someone we should profile? Let us know! Email [email protected]

Leah Feiger is a religion, gender, and culture writer living in New York City. She is currently an intern at The Forward, and was previously a freelance writer based in Kigali, Rwanda. Her work has appeared in Ozy, Fodor’s, and Culture Trip, among others. Follow her on Twitter @leahfeiger.