Why Does Judaism Have So Many Different Words For ‘Sin’? 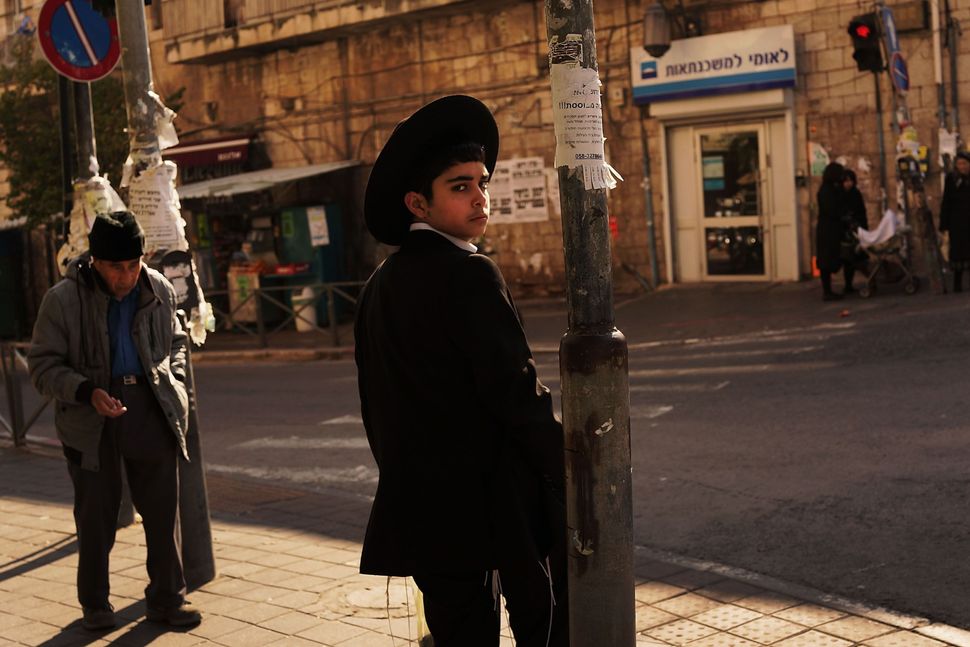 In Sarah Perry’s masterful novel The Essex Serpent, set in 1890s England, a young boy asks the local parson to explain the nature of sin as the two are standing on the banks of a river by the ruins of an old ship known as the Leviathan.

In response, the parson instructs the boy to throw a stone at the Leviathan skeleton. The boy casts his stone, and he misses. He tries again, and again he misses. The parson looks at him. “That’s all it is,” he tells him. “To sin is to try, but fall short… We think we know where we’re aiming, and perhaps we do – but morning comes, and a change in the light, and we find out we should’ve been trying in a different direction after all.”

The notion of sin as missing the mark is one of the many meanings of the term explored by David Bashevkin in his book Sin-A-Gogue: Sin and Failure in Jewish Thought (Academic Studies Press, 2019). In the book’s opening chapter, he surveys the various biblical and rabbinic terms used for sin and considers their implications: What does it mean to think of sin as a debt we must pay? How is sin as deviation different from sin as transgression? How do we envision our relationship with God if we think of sin as a missed opportunity, like a stone that misses its mark? And why do we Jews seem to have as many words for sin as the Eskimos have for snow? He brilliantly concludes this chapter by invoking Isaiah’s prophecy, quoted each year in the Yom Kippur liturgy, that if our sins be like crimson, they will whiten like snow. Bashevkin writes, “However many words Eskimos have for snow, we pray that our sins will eventually be described with one of them.”

This homiletic tone is not uncommon in this book, which not only explores the various aspects of sin in Jewish thought but also shows us how we can live better in spite of our cognizance that inevitably we will fall short. In the introduction, he notes that we all enjoy summarizing our lives in brief biographical blurbs that highlight our accomplishments and conveniently omit our setbacks. Bashevkin quotes, in consecutive paragraphs, both Orwell and the Kotzker rebbi, who were suspicious of those who keep their good deeds public and their bad deeds private. He encourages his readers to include a “one-sentence tribute to one of the thin envelopes you have received in your life.” Bashevkin, the Director of Education for NCSY, is clearly accustomed to delivering rousing and inspiring addresses to teens, and at times it feels as if we are in his audience.

Sin-a-gogue is organized thematically, with each chapter exploring another aspect of the Jewish view of sin – from Adam and Eve’s banishment from the garden, to religious apostasy, to character studies of some of the most famous flawed heroes and anti-heroes, including the biblical figure of Akhan who took from the forbidden spoils of war in the book of Joshua and the rabbinic figure of Acher, who was excised from the boundaries of the Jewish community in Mishnaic times. Another chapter, on sinning for the sake of heaven, is largely a character study of the biblical figure of Esther, who slept with a non-Jewish king (albeit entirely passively, as per the midrash) so as to save the Jewish people. Can sinning ever be holy, Bashevkin asks?

In one of the most compelling chapters, Bashevkin considers the question of whether God Himself repents, starting with a midrash about how God demands that the moon diminish itself so that it does not rival the sun, and then atones for doing so. If repentance is not necessarily divine, forgiveness certainly is, and here the author considers Moses’ plea with God to forgive the Jewish people in the wake of the golden calf episode.

Surprisingly, he alludes only briefly to the story of Noah, which one would expect to occupy a much larger place in the story of God’s repentance – after all, no sooner than God creates the world, God nearly destroys it, and then pledges never to do so again. What are we to make of the fact that the Creator regrets creating the world, only then to regret destroying it? And why does this episode play such a prominent role in the [Rosh Hashanah](https://forward.com/schmooze/320610/rosh-hashana/ “Rosh Hashanah”) liturgy, when we are focused on our own repentance? Instead, Bashevkin concludes the chapter by invoking the Hasidic thinker Rabbi Zadok, who writes of God’s return back to man: “As Rabbi Zadok explains, God generates within man thoughts of repentance that would have otherwise been lost. When someone becomes so distant from spirituality that even thoughts of remorse seem unattainable, God can still reach out and whisper to return. God’s repentance allows man to return when return seems impossible.” Throughout the book, Bashevkin draws heavily on Hasidic teachings, from the Baal Shem Tov to Rabbi Nahman of Bratslav to Rabbi Mordekhai Yosef, the founder of the Izbica-Radzyn school.

Bashevkin quotes impressively from a wide range of literary and philosophical sources, moving freely between Jewish and non-Jewish writers to juxtapose Milton and Nahmanides, or Hume and Maimonides. Only rarely do his references feel gratuitous, as when he reassures his readers that just as Stephen Hawking tried to omit equations from A Brief History of Time so as not to alienate his readers, he will try to omit Talmudic terminology. Occasionally his tone will shift to become unnecessarily moralizing; a chapter on “religious frustration as a factor in religious motivation” begins with a lament about those who turn to religion during difficult life moments, when, according to Bashevkin, they might better be served by turning to “simple, healthy social interactions” or the “guidance of a mental health professional.” Perhaps Bashevkin, in his role as educator, has an appropriate forum in which to raise such concerns, but this book does not seem to be it. Besides, I would argue that in our modern, secular era, people are far more likely to turn to therapy or to yoga, when instead they might draw on the resources their religious tradition has to offer – prayer, community, the routine of ritual observance.

Of course, one can hardly expect a book on sin and failure to be flawless, and Bashevkin is the first to acknowledge his own shortcomings in his biography. But he has succeeding in writing an entertaining, edifying, and eclectic (if at times a bit too much so) survey of an important aspect of Jewish thought.

“A person cannot stand on words of Torah until they have caused him to stumble,” Bashevkin quotes from the Talmud, and those who stumble across Sin-a-gogue will no doubt discover, within its pages, much to stand on.

Why Does Judaism Have So Many Different Words For ‘Sin’?