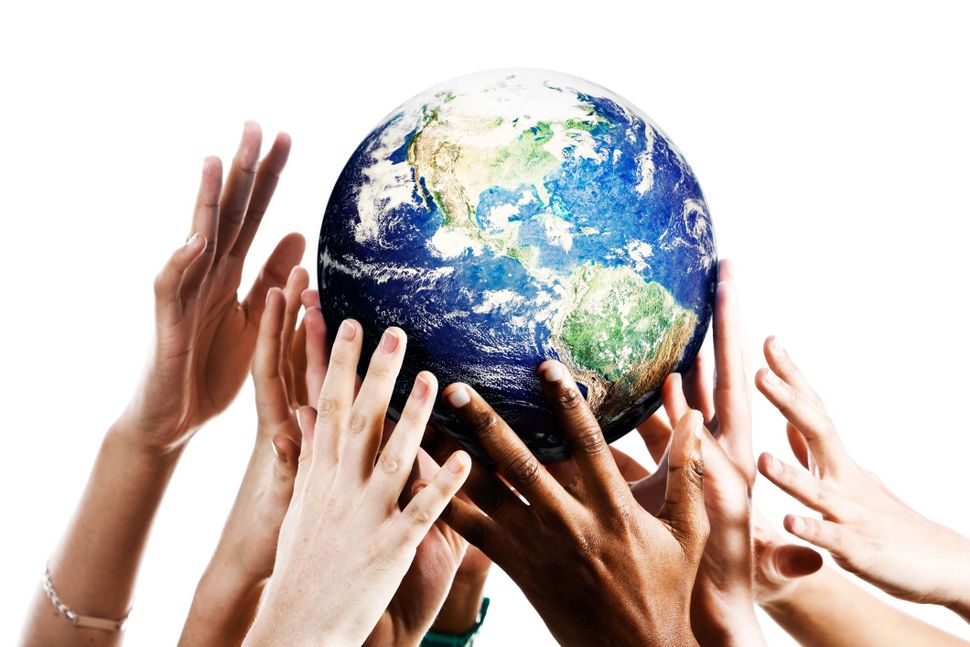 Mere anarchy is loosed upon the world,

The blood-dimmed tide is loosed, and everywhere

The ceremony of innocence is drowned;

The best lack all conviction, while the worst

Are full of passionate intensity.

William Butler Yeats wrote those famous lines in 1919 – against the backdrop of the First World War, the Russian Revolution and the Irish War of Independence. It is exactly 100 years later, and once again we look out at a world in disarray, teetering on edge. The rise of noxious populist sentiment in our country and abroad, the erosion of our democratic institutions, a polarized public discourse made more toxic by the dark underbelly of social media. Refugee crises, environmental crises and a widening gap between the haves and have nots. Once again, the center is not holding.

Particularly alarming is the reemergence of troubles believed to have been long since settled. We are witnessing the recrudescence of anti-Semitism, in America and abroad, from the left and the right, an ancient hatred no longer behind whatever firewall kept it at bay. We are living through an all-out assault on a woman’s right to choose, the future of Roe vs. Wade far from assured. The very science that shapes our policy discussions regarding the health of the earth we depend on is now up for grabs, and environmental protections have been halted and rolled-back. The promise of a two-state solution — long understood to be in Israel’s security interest – appears to be dead on the vine. Ours is an era when the unthinkable has become thinkable again.

As Jews, more important than our view of history is our view of our responsibility towards shaping that history. According to the Torah, there are no promises in this world. If one walks in the right path, prosperity and peace may indeed be had. If, however, one veers from the path and takes one’s eye off the ball, then that peace and prosperity can be ripped away. The eleventh-century commentator Rashi describes the rupture of God’s covenant as a process beginning with a failure to learn, a failure to act, a failure to engage others – a seven step downward spiral leading to the unraveling of all our blessings. Constant vigilance, in other words, is the precondition for the center to hold.

Growing up, I naively believed that if we all just sort of kept on keeping on, everything would work itself out. People would realize that democracy was inevitable, that the second amendment was not meant to include semi-automatic firearms, that anti-Semitism was ridiculous, and everyone should recycle and drive fuel efficient cars. No lie, I was taught to believe, can live forever, and while the arc of the moral universe may be long – it does bend toward justice.

I was wrong. Believing is not enough. The values that one holds dear must be actively championed and defended. History is replete with examples of hard-fought gains rolled back, eras of reform met by the backlash of retrenchment. Most famously, perhaps, was the unraveling of all the gains of post-Civil War Reconstruction with the rise of Jim Crow at the hands of a recalcitrant south and indifferent north. We say, “Never Again,” and then “again” comes in Rwanda, Sebreniza, Darfur or Cambodia. Evil persists from age to age, and the levee protecting humanity can break at any minute.

In this day and age, whatever values one holds sacred — fighting anti-Semitism, defending reproductive rights, or protecting the environment — one must assume that someone else believes the opposite and is actively working to see their ideal become a reality. The arc of history does not bend towards justice on its own – we have to bend that arc – with all our hearts, with all our souls and all our might. It is simply not enough to be in possession of a moral compass. The future will be determined by those who demonstrate the requisite focus, stamina and fight to mend our world in such desperate need of repair.

Elliot Cosgrove is the rabbi of Park Avenue Synagogue in Manhattan.