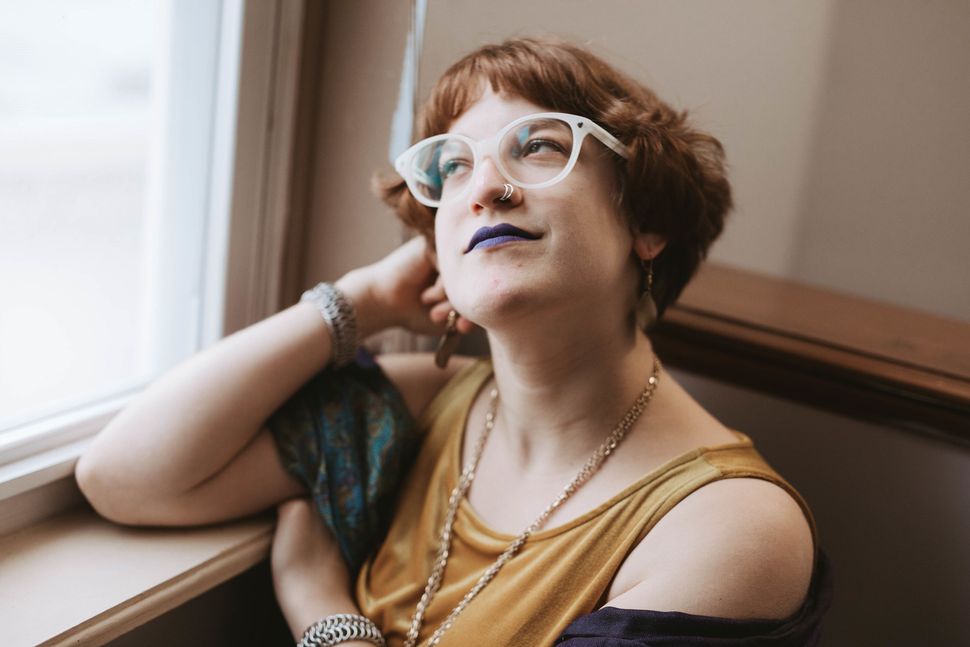 In seventh grade, she came out as a lesbian – “dyke was my label”. Then, “pansexual” felt right. After that, she thought she might be straight – then bi. She finally settled on “queer”.

It helps that Galia Godel’s had such a wide-ranging journey. The Philadelphia sexuality educator – and rabbi’s granddaughter – has become a kind of next-gen Dr. Ruth, advising on every kind of relationship in her hometown and beyond. Philadelphia Gay News recently called her “The Sex Educator You Wish You Invited to Seder”.

At the Jewish Family and Children’s Service of Greater Philadelphia, Godel’s the program manager of the LGBTQ initiative – “if it says ‘queer’ on it, it lands on my desk,” she said. “I work as an LGBTQ educator, policy writer, and advocate.” She also specializes in sexual behavior for adults with intellectual disabilities. 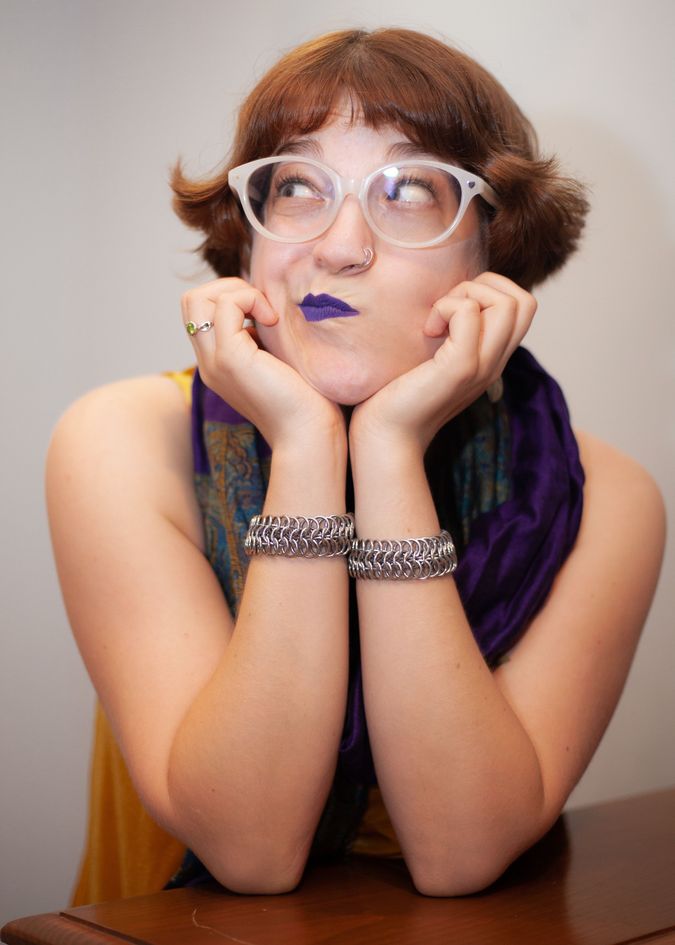 With those job descriptions, is there any such thing as a typical day?

“Let’s see. I might hear from a counselor who has a transgender client who needs resources that are trans-specific.Or a client who’s struggling with bisexuality,” she said. “Since I work in education and outreach, I might talk with someone in the school system about LGBTQ students. Or there might be a child welfare issue, helping develop policy to make sure foster youths get support regardless of their sexuality or gender identity.”

Godel’s work also takes her into synagogues for what she calls “LGBTQ 101” — “making sure Hebrew school teachers are appropriately supporting students, or that rabbis are providing appropriate pastoral care to people who need it,” she said.

Philadelphia – and especially the city’s Jewish community – has been especially welcoming for her brand of education, Godel said. “People are so eager to learn. I do sometimes hear things like ‘my community doesn’t have any LGBTQ people’, or ‘we have one lesbian couple, and they seem happy’. There’s always more to learn about the needs of your community. I’m part of the LGBTQ community, and I’m always learning. It’s a lifelong process, not one and done.”

As an organizer of JFCS’ J.PROUD initiative around Jewish LGBTQ inclusion at schools, synagogues, and institutions. ”I also spend a lot of time e-mailing,” Godel laughed. “We do a Pride Seder, Pride Shabbat, and events throughout the year.” At this month’s annual Philadelphia Trans Wellness Conference, Godel and J.PROUD will even host a Shabbat dinner and Kabbalat Shabbat service.

Godel’s work with Orthodox LGBTQ Jews is among the most fulfilling, she said. “It’s particularly rewarding to get to discuss the intersections between LGBTQ identity and traditional religious observance,” she said.

Are Jews more challenging than non-Jewish clients when it comes to issues around sexuality and relationships? ”Actually, I find they’re the most interested in having in-depth conversations about whatever they’re struggling with,” she said. “Whether it’s their own identity issues, supporting a child through their issues, supporting the LGBTQ community, they want to talk it out and become an active participant.”

Godel’s family has deep roots in Jewish Philadelphia. Her grandfather, Rabbi Simeon Maslin, is a towering figure in Reform Judaism who served as president of the Central Conference of American Rabbis. “To me, he was just saba. But I’m recognized as his granddaughter wherever I go,” Godel said. Rabbi Maslin led Reform Congregation Keneseth Israel in Elkins Park, near Philadelphia, where Godel’s mother now works as a facilities manager. “We were always involved with the synagogue,” Godel said. “My mother would probably volunteer from her deathbed.”

Godel’s father was born in Israel, where her mother moved after high school. “She lived on a kibbutz, joined the army, and majored in psychology at Tel Aviv University,” Godel said. After her mother and father married, the couple returned to the US. Godel grew up in Cheltenham, PA, about 13 miles northeast of Philadelphia.

Through her own explorations of sexual identity, Godel said her parents were “pretty blasé. What hurt for a while was when I’d ask if I could bring a girlfriend home, and my mother would say, ‘Great, any friend is welcome!’. I wanted to get recognized as gay. But they’ve never argued about who I fall in love with. And my parents raised us to be self-sufficient.”

These days, Godel’s an enthusiastic member of Philadelphia’s Reconstructionist Kol Tzedek, which she called a “social-justice-focused congregation. “I’ve absolutely felt like I’ve come home.” Godel leads Tot Shabbats, runs children’s programs for the High Holidays, and leads an LGBTQ havarah. “It’s so joyful to be a part of that community,” she said.

She brings the same energy to JFCS. “I love my work,” she said. “I get to work on sweeping, agency-wide change.”