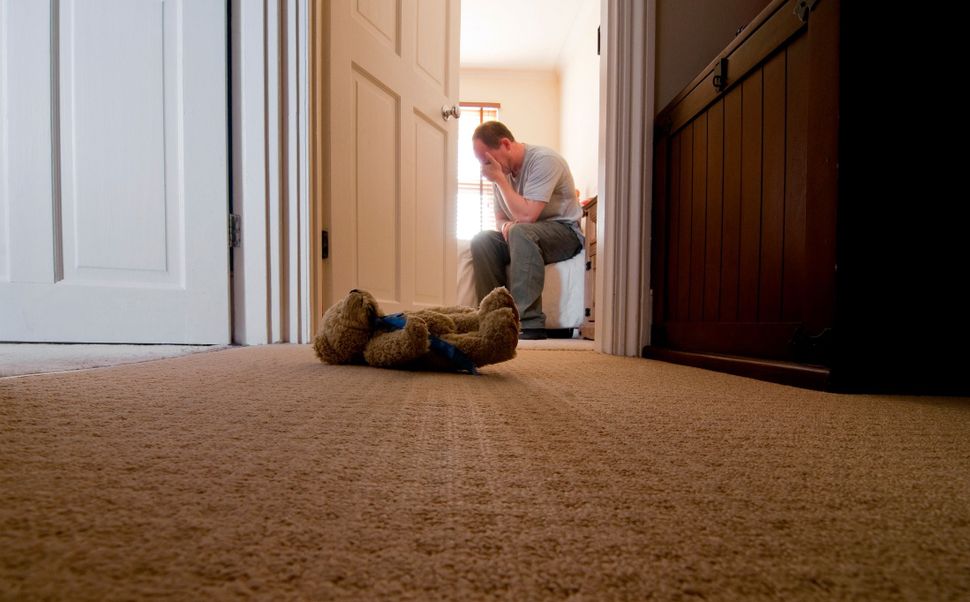 Illustrative: After the death of a child Image by iStock

Several weeks ago at our community pool, I had the most terrifying moment of my life. I never truly understood the phrase “it only takes a minute” until I had kids, and it never really sunk in until I added a pool into the mix.

I was at the pool with my four kids, aged five and under. My oldest can swim, my second kid was wearing “puddle jumpers” – a floatation device that goes around their arms across their chest. My third child was wearing them as well, but decided to get out of the pool and took them off. My youngest, just a few weeks old, was sleeping in her carseat in front of me. When my youngest got out, I looked over towards my two other children. When I’m at the pool with my kids, I basically just count to three over and over while they’re in the water, making sure I don’t go more than a few seconds between checking on each of them. With my youngest swimmer out of the pool, I skipped his count a few times, and there was about 30-90 seconds between when I saw him and when I looked over towards the playground to check on him.

The playground at the pool has plenty of hiding spots, but because he had been running back and forth to and from the big pool, I stood up to make sure he wasn’t in the pool before I looked on the playground more carefully. When I stood up, I saw the top of his head on the surface of the water. I sprinted towards him and dove across the pavement, skinning my knees as I pulled him out. The look of terror on his face as it was underwater looking up is one that I have seen in my nightmares since it happened.

He coughed for several minutes and cried for a while after the coughing subsided. I did, too. I called my pediatrician crying, having a panic attack. I didn’t really know what I was asking, I just didn’t know what else to do. She talked me down, and assured me based on how much he coughed and how responsive he was, he was likely under water for a short amount of time, less than a minute. What is terrifying is how long that short amount of time can be when you mix kids and water.

Because of what happened with my son, the story of the death of Hersch Meilich Grossman, of Boro Park, stuck with me. Reports indicate that the nine year old was visiting the Sahara Sam water park in New Jersey with his camp. As the group was gathering to leave, one of his classmates noticed Grossman at the bottom of the pool. The New York Post reported:

“A young boy who was at the water park with Grossman and attended his Wednesday funeral told The Post he witnessed the accident — and initially thought it may have been a practical joke. ‘I said…maybe everybody should get out of the pool,’ the boy recalled. ‘[The emergency responders] were very busy. [We saw] there was a real child lying over there. They were doing CPR.’”

A popular Facebook page, Frum Watch, posted about the death with the comment, “Why do these tragedies constantly happen to the frummah (religious)?”

These kinds of statements are made whenever a child dies in my husband’s hometown of Lakewood, NJ, with one of the largest concentrations of ultra-Orthodox Jews in the world. In the comments section of any posting about a child’s death, the accusations roll in so quickly you could set your watch to it.

The short answer is this: Religious people have more children, and the more children you have, the more likelihood is that a tragedy could strike. It’s basic statistics. It is also more difficult to watch a handful of children than it is one or two.

But this kind of parent-blaming is common after any child dies. People want to convince themselves that it could only happen to someone else, that a death isn’t senseless, but instead due to negligence of some kind. The reality that tragedy could strike at any time, that it could happen to any of us, is more than most can bear. It’s why when children die in hot cars the public calls for parents to be prosecuted, declaring “what kind of parent forgets their own child?” In a Pulitzer-award winning piece, the Washington Post’s Gene Weingarten gives voice to these devastated parents, and their stories are haunting. These deaths can happen even in the best families, even to the most devoted parents.

In the case of drowning, among the most common causes of death for children, it can happen terrifyingly quickly. It can happen at a crowded community pool with parents and lifeguards watching, and even with people standing right next to the drowning child (two women were standing inches from where I pulled my son out). While the investigation is early, Berlin Township Police Chief Leonard Check told me that “Sahara Sams Lifeguards were working.” While it’s clear that lifeguards at the park need to evaluate how a boy slipped under water unnoticed, his death doesn’t appear to have anything to do with his family’s religious beliefs.

When parents lie to themselves about how easily and quickly their lives can be irrevocably destroyed, they make the possibility of tragedy that much more likely. When we pretend a drowning or an accidental hot car death couldn’t happen to us, we neglect to take the necessary precautions to prevent them. I have a system when I get in and out of my car counting off all of my children and ensuring everyone is buckled in safely before putting my car in drive, and when I click “lock” on my doors when I get out. I count my children at the pool in a loop, which is why, in part (outside of divine providence) my son was only under water less than a minute.

When we are honest about our own fallibility in the wake of tragedy, we aren’t just giving comfort to devastated parents, but also reducing the likelihood of our children meeting the same fate. These tragedies should serve as learning opportunities for parents, and a reminder to all of us to develop strategies and routines to keep our kids safe, not as an opportunity to assail grieving parents or communities.