A Walk Through Jericho — Hours Before Israel’s Elections 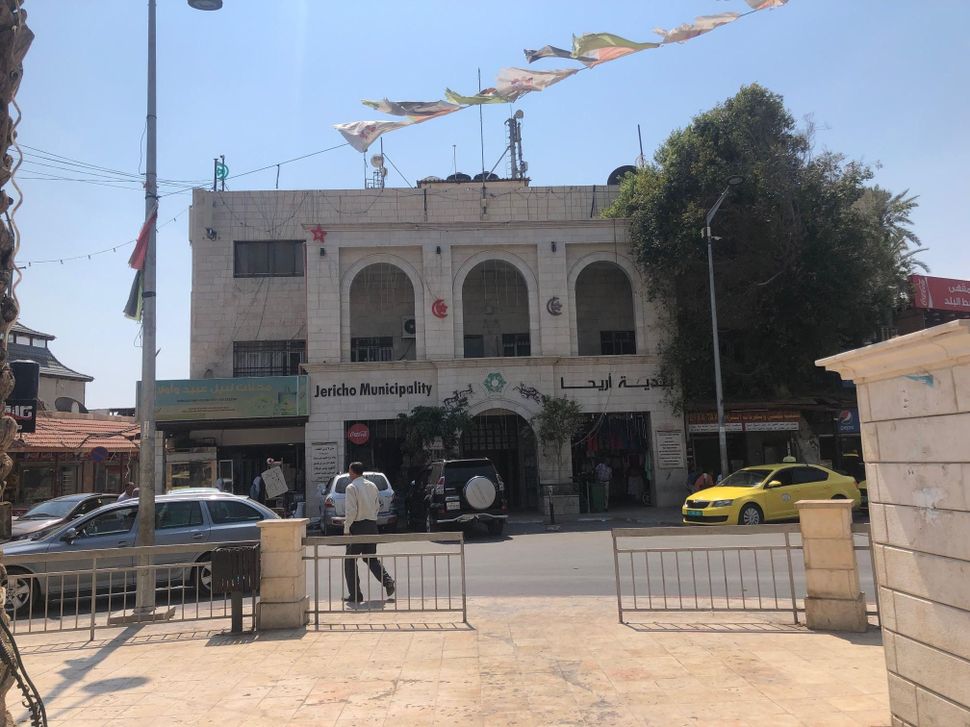 A street in Jericho. Image by Sam Sokol

The Biblical city of Jericho, located among the barren hills of the Judean Desert just north of the Dead Sea, was quiet on Monday.

Schoolchildren smiled and joked as they made their way through the dusty streets and vendors sat in the shade outside their stores, smoking cigarettes and waiting for their next customers. A group of taxi drivers, showing more energy than most in the hot midday sun, occasionally walked after a pedestrian, hawking their services.

The sedate atmosphere there was starkly at odds with the international furor that has erupted over the city and its surrounding environs in recent days, as politicians from Ramallah to Brussels try to come to grips with a development that many believe could fundamentally reshape relations between Israel and the Palestinians:

Last Tuesday, beleaguered Israeli Prime Minister Benjamin Netanyahu, facing multiple corruption investigations and fighting for his political future, dropped a bombshell on the Middle East. Addressing the nation during a highly publicized press conference in Kfar Maccabiah, the longtime Israeli leader promised to “apply Israeli Sovereignty over all Jewish communities” in the West Bank after the elections, starting with the Jordan Valley and the Northern Dead Sea.

According to Netanyahu’s plan, Jerusalem will annex a strip of land running from the Dead Sea in the south to the city of Beit Shean in the north, shearing off the eastern portion of the West Bank adjacent to the Jordan River and, in the process, turning Jericho into an isolated Palestinian enclave in the middle of what will soon be part of the state of Israel.

Palestinian leaders were expectedly harsh in their denunciations, with PA President Mahmoud Abbas proclaiming that annexation would render all signed Israeli-Palestinian agreements null and void. Palestinian chief negotiator Saeb Erekat, a resident of Jericho, declared that “if annexation is carried out, it will have succeeded in burying any prospect of peace for the next hundred years.”

Such a move, he tweeted, “means the consecration of apartheid, violence, extremism and bloodshed.”

Erekat’s anger appears to be reflected in a survey conducted by Dr. Khalil Shikaki of the Palestinian Center for Policy and Survey Research (PSR), a Palestinian pollster, following Netanyahu’s announcement. According to a report released by Shikaki on Monday, recent days have seen “a significant increase in the percentage of those who believe that the two-state solution is no longer feasible or practical” as well as “increased support for armed attacks against Israelis.” Currently, he reported, 42 percent of Palestinians in the West Bank and Gaza support a two-state solution while 56% stand in opposition and a majority of 63% believe that Israeli settlement expansion renders such a solution impractical. 37% of those polled indicated that their preferred method of breaking out of the current status quo is waging “an armed struggle.”

However, on the ground in Jericho, Palestinians who spoke with The Forward seemed less enraged than resigned to the latest developments in the decades old Arab-Israeli conflict. Many characterized Netanyahu’s promise of annexation as merely a political move calculated to help him win a tough electoral battle that is unlikely to result in any real changes on the ground. 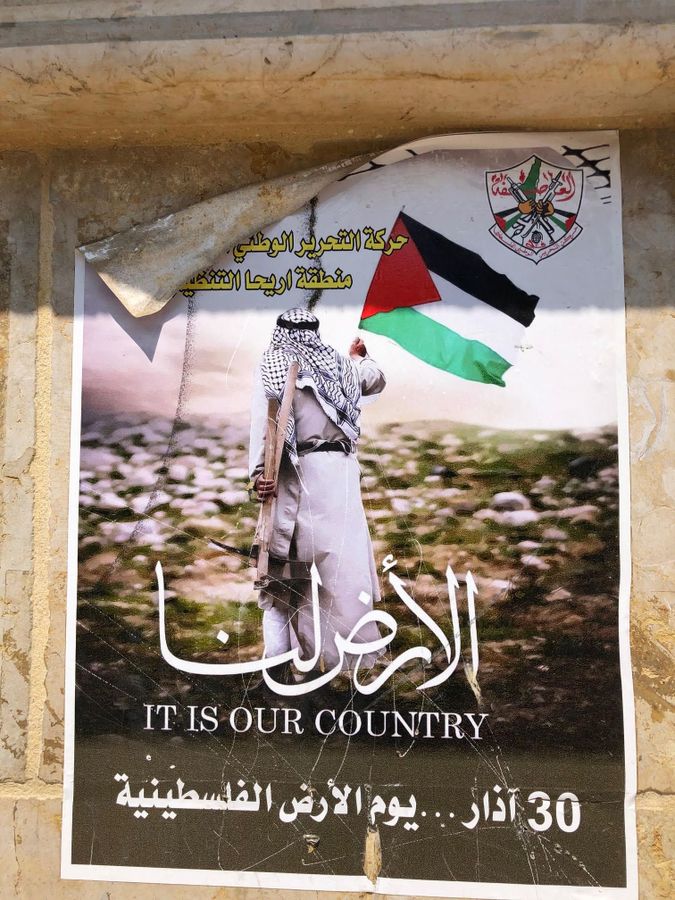 A poster in Jericho, in the West Bank Image by Sam Sokol

A city of low, scattered structures dotted with palm trees, Jericho is an oasis in the middle of the parched Judean desert. From its central square, a visitor can look up and see the forbidding peaks of the surrounding hills, reminding him that he is in a small island of human habitation carved out of the wilderness. On one side of the square stands the city’s municipality, a small building surrounded by butchers, grocers and a cab stand.

“It’s propaganda,” one municipal worker, a bearded man in his thirties who declined to give his name, said of Netanyahu’s plan. His salary had recently been cut in half by the PA after Israel withheld tax revenues as part of a dispute over payments to the families of convicted terrorists and he said that many Palestinians facing financial difficulties have to “deal with real problems” rather than political theater.

Asked how annexation would affect his day to day life, he replied that “there are already checkpoints here, here and here,” and that, on a practical level, it wouldn’t be much of a change.

However, he added, “we don’t know what crazy things the Jews will do.”

Nearby, a young man named Hamad stood chatting with several Palestinian policemen at the curb. Asked for his view, he replied that while he doubted there would be peace, he absolutely did not believe that Netanyahu would follow through on his promises, an assessment shared by several local shopkeepers.

Inside a shadowed clothing emporium down the street from the municipality, Ibrahim sat behind the counter, his back to a display of women’s lingerie. The general consensus was that annexation was “very bad,” he said, adding that he personally didn’t think anything would come of it.

Sitting bent over in a local food shop, Hannamar, an older man with wrinkled hands and broken English, agreed, telling The Forward that he wasn’t scared of Netanyahu’s promises, which he described as political posturing.

“Nothing will change,” he said.

Sam Sokol is a freelance journalist based in Israel.

A Walk Through Jericho — Hours Before Israel’s Elections