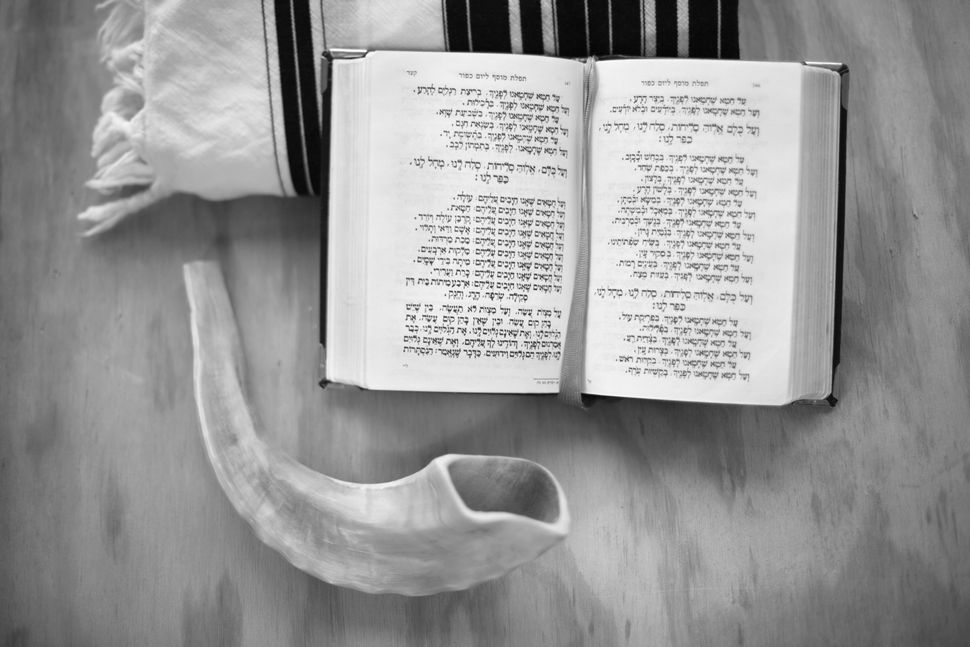 Here’s the thing about High Holiday sermons: if you don’t like one, or don’t quite get the point, just wait — there will be another one coming soon enough.

Over the weekend, we published a group of excerpts from sermons that 65 rabbis shared with us ahead of Rosh Hashanah. The overriding theme was anti-Semitism, but there were also meditations on prayer and community, recountings of trips to Israel and the Mexican border, even some thoughts about synagogue renovation.

Since we published the excerpts, more rabbis have shared their insights with us. Below are another TK snippets from sermons, many of them to be delivered next week, for Yom Kippur. If we get yet more, we’ll publish yet more. (If you’re delivering a sermon or several this season, you can share by filling out this simple form.)

And if you want to read the first batch, they’re here. 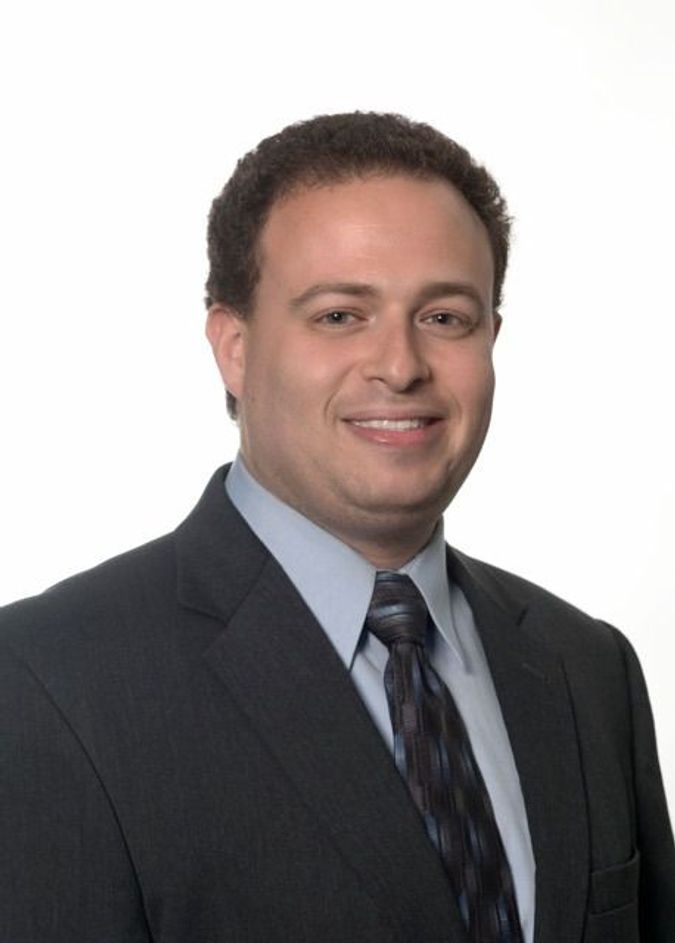 We are imperfect beings, and that is perhaps one of the most fundamental and beautiful parts of our humanity.

It does not mean all of the work they do or all of the time that we may have with them is tainted. And it most certainly does not mean that they are to be discarded. It means that we must listen, learn, teach, and change, both them and ourselves.

This is the experience and necessity of teshuvah. Help them repent for hateful language and deeds. But, at the same time, accept them with a warm embrace and love.

‘Know Your Own Power’ 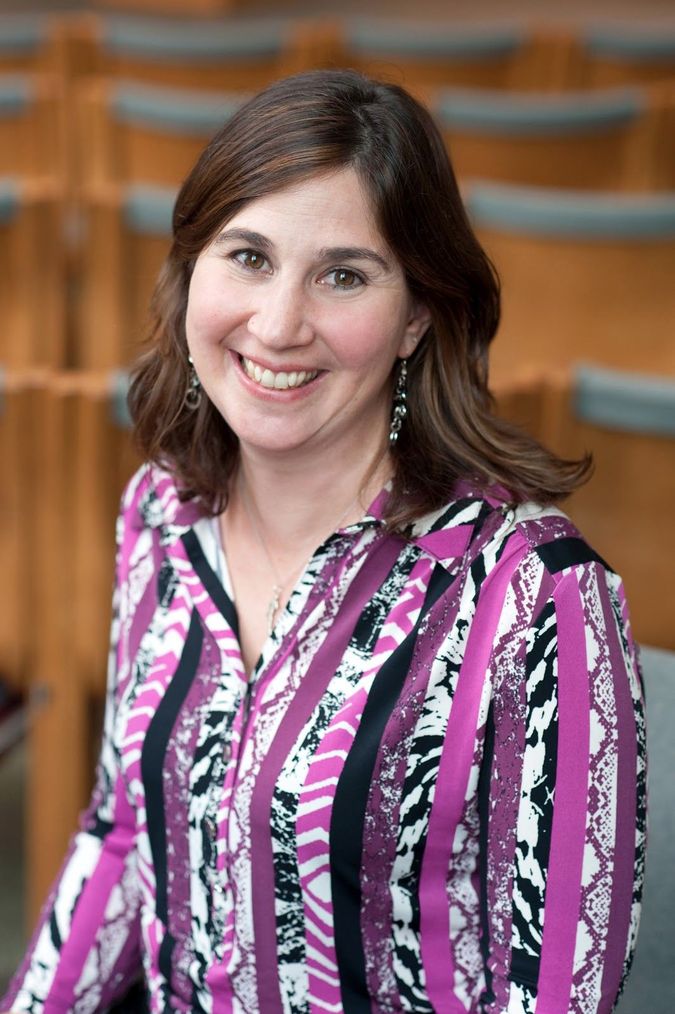 We live in a world filled with chaos. Obfuscated truths. Sacrifice of values and ethics, common decency, derech eretz. Rising anti-semitism. This is our world.

I know people who have panic attacks when thinking about getting out of bed in the morning. The world seems too overwhelming. What is the first rule to remain safe in chaos? Stay calm. Put your oxygen mask on first so you have the capacity to help another. Take care of yourself.

Start your day with birkot hashahar, the morning blessings that place us in time and space, reminding us of our potential in this world. Choose one blessing. Perhaps, Baruch atah Adonai, Eloheinu Melech HaOlam she’asani bat horin – Blessing to you Holy One guiding the Universe for making me free. G-d created us with agency and potential.

Begin each day reminding yourself that you have power. Know your own power.

‘What is the Current That Will Bring Us Back?’ 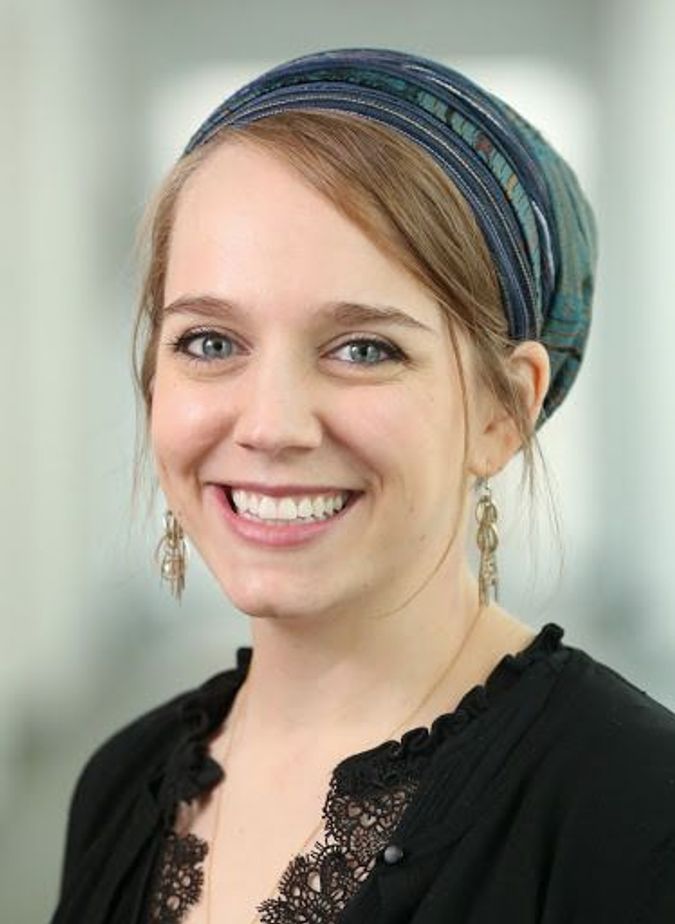 In many ways, this year has felt like a practice in staying afloat while caught in the tumultuous current of a riptide. Children locked in cages, mass shootings, Tweets, MeToo, anti-Semitism, overnight policy changes, human trafficking, distracting political scandals—headline after headline, wave after beating wave, they came.

If these form the riptide pulling us into deep and treacherous waters, what is the current that will bring us back?

I want to suggest that our Jewish calendar is such a current — disrupting the momentum of that tidal pull that threatens to drown us.

Elul, the month leading up until now, has literally called out to us daily with the sound of the shofar, beckoning to us from the shore. Its cry has been a reminder that all is not lost—that, while the riptide has brought us out deep into the ocean, we are never too far without hope of return (tshuva). So we pause our frantic paddling, slow our anxious breathing, and every so slightly begin to change our course.

Then Rosh Hashanah comes, and the blast is so much louder, cheering us on in our efforts to defeat the current pushing against us. We believe its optimism, we give way to its hope.

The next 10 days, we spend reconciling with others. We put down the burdens of resentment and feel more buoyant as we move through the surrounding waters.

After we’ve repaired our relationships with one another, on Yom Kippur we turn to our relationship with God. We call out in our pain and we feel held in our connection to something much bigger than ourselves.

The force of that connection draws us through the rough waters, until we finally break through to the current of return that is waiting for us. Its momentum continues to propel us closer and closer to shore—Shabbat, Sukkot, Shabbat, Simchat Torah, Shabbat—they are there like waves lapping every so softly, to pull us, to carry us, to reinforce the new rhythm that will define our existence.

When we finally look up, we realize that while the waters still surround us, we are held and propelled by a force much greater than that against which we were fighting to survive not so long ago. 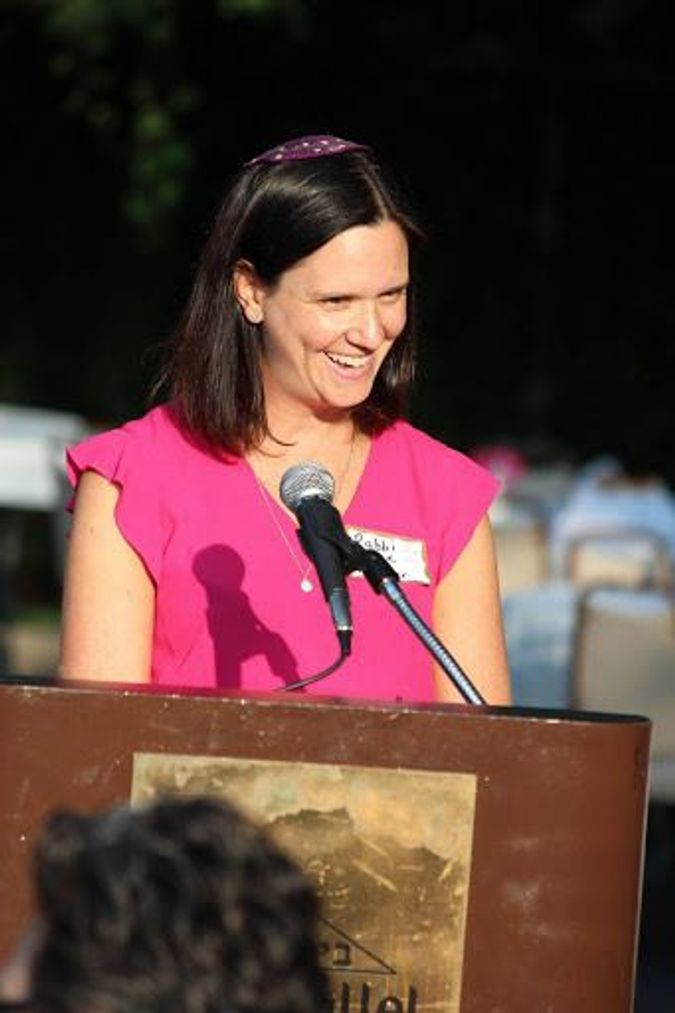 For years, Mohini lived in the Washington Zoo, and spent her days pacing back and forth in a 12-by-12-foot enclosure. Finally, the zoo decided to build her a larger cage, where she could play, climb, and explore to her heart’s content.

Mohini’s new habitat included several acres of trees, grassy hills and even a pond; it was truly a zoo animal’s dream! But when Mohini arrived at her new home, she didn’t rush out, eagerly adapting to the new environment. Rather, she immediately ran to a far corner of the wall, marked off a 12-by-12-foot space for herself, and began to pace.

Mohini never dared venture outside the self-imposed boundaries she had created for herself. Indeed, she walked the 12-by-12-foot square until her death, the small patch long since rubbed bare of any grass.

I’m using the metaphor of Mohini to talk about both how difficult and how ultimately freeing change is both for individuals and for institutions. It’s my first year in a new congregation, coming in after a colleague who had been here for almost 25 years so I’m hoping that this a theme that will have resonance.

‘Tzedakah Encompasses All Forms of Giving’ 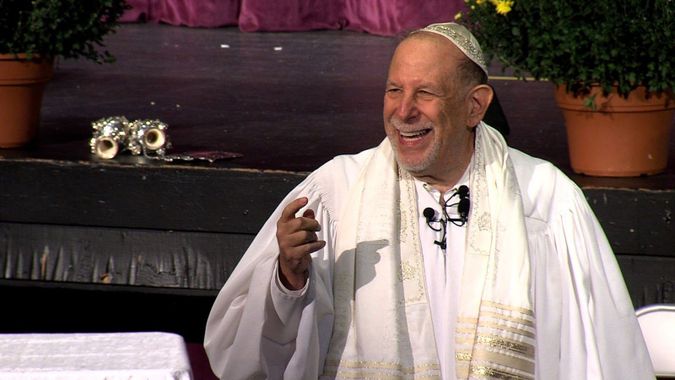 How the Jewish concept of tzedakah encompasses all forms of giving to others and support for others — including emotional support through words of encouragement and praise.

How Abraham represents a commitment to righteousness; how the call of the shofar is a call to tzedakah, which includes act of forgiving; how the point of the Uneteneh Tokef is to do tzedakah; and how the concept of tzedek tzedek tirdof requires us to care for justice for the Jewish People and for the non-Jew.

‘How Do We Reconcile the Hope With the Despair?’

The shofar, which echoes the fatal cries of Sarah as she learns that her husband nearly slaughtered her only son, is a symbol of anxiety, pain, and suffering. Its sound is that of a primal, existential cry.

I re-read this midrash late last fall, and ever since then it has haunted me. Perhaps because with all the pain and suffering in this world, the shofar of joy and redemption feels far too distant. It is the existential cry, filled with hurt and anxiety over what is and what almost-was that yearns to break forth from my throat. That is the cry I need to give voice to.

But is that really what the shofar is meant to be? Is this central mitzvah of Rosh Hashanah really only about letting that primal scream break loose, giving voice to our traumas and our fears?

Isn’t Rosh Hashanah about hope and potential; not about what almost-was but about what could-be? Hayom harat olam, we say; today is the day that is pregnant with possibilities! And so, how do we reconcile the hope with the despair; the joy with the fear; the shofar of redemption with the shofar of Sarah’s wails?

‘Hagar’s Influence on the Destiny of the Jewish People’ 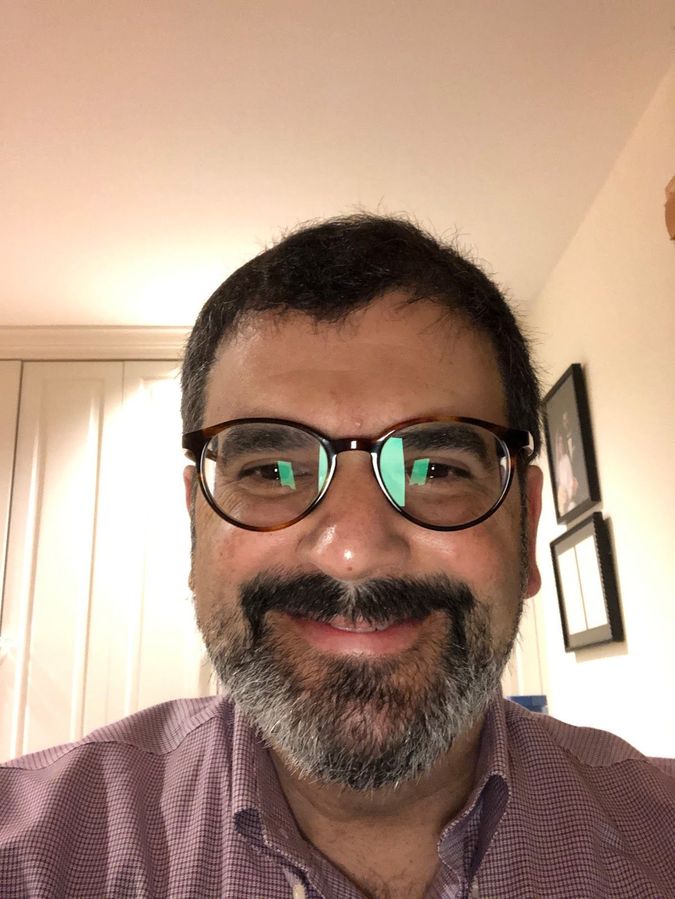 Even though we read that Sarah kicked Hagar out of the house, much of the reading is about Avraham’s regrets in doing so and God hearing Ishmael’s voice and saving Hagar and her son.

The midrashim go further in reconnecting Hagar to Avraham. I ask the question: Since Hagar has a great relationship with Yitzhak, according to the midrashim, was she close to Rivka? Could Hagar possibly have suggested to Rivka that the tradition would flow through Yaakov as it did through Yitzchak instead of Yishmael? Hagar’s influence on the destiny of the Jewish people!

‘The Shift That Needs to Happen is Within Us’ 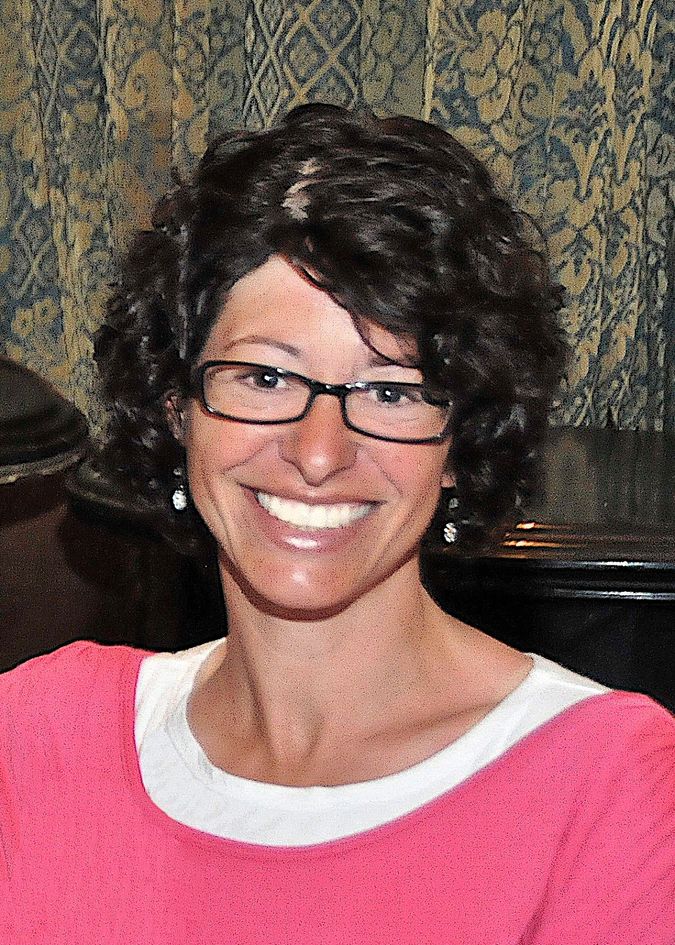 Popular culture suggests that personal change is a matter of resolving to do something. If we fail, it is because we lack willpower. Real change, however, does not take place in the mind, but rather in one’s heart. …

In both personal and professional relationships, it is easy to point fingers at others and list the ways in which they need to change. In truth, however, we frequently stand in our own way, and the shift that needs to happen is within us. It may be that we are holding onto something which we need to relinquish for the desired change to take effect….