For The Sins We Have Committed At The Border 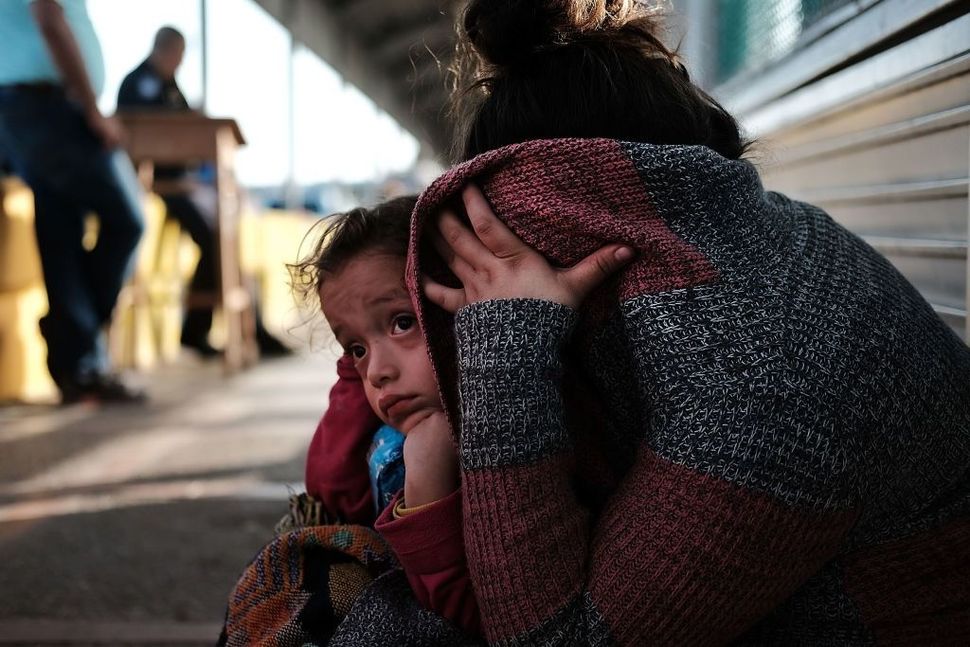 BROWNSVILLE, TX – JUNE 25: A Honduran child and her mother, fleeing poverty and violence in their home country, waits along the border bridge after being denied entry from Mexico into the U.S. on June 25, 2018 in Brownsville, Texas. Image by Getty Images

Every year, on Yom Kippur, we Jews stand in the sanctuary, beating our breasts as we enumerate our collective sins: We are guilty. We have betrayed. We have stolen. We have spoken falsely.

The words of the liturgy are in the first person plural, meant to invite us to look both at our individual misdeeds and the ways in which we are part of a larger collective doing harm.  In other words, how are we complicit? What have we chosen to ignore?

These are important questions that every American should be asking of themselves, and the answers should hit harder than ever these days—as our country’s focus turns to impeachment, we cannot neglect the fact that the current administration is moving to collect DNA samples from detained immigrants or forget the impact of the Supreme Court’s recent decision that the Trump administration can deny asylum requests to migrants who traveled through Mexico or another country without seeking protection there. For people are still there being detained at this very moment, and they’re still suffering, even while political drama unfolds in Washington D.C. 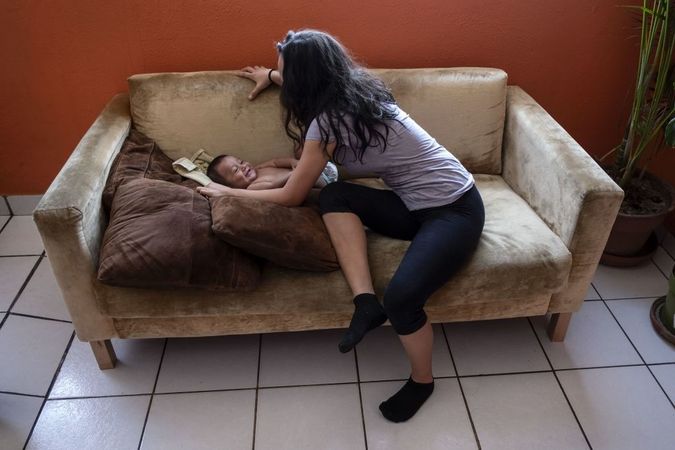 Shortly before the Supreme Court decision came down, I had a chance to visit Juarez, Mexico as part of a Jewish communal delegation through HIAS, aimed at helping people understand the human rights crisis at our border.

I had just entered a migrant shelter in Juarez when a group of about 50 women and children walked out into the lobby area, upset—crying and shouting. These families had originally been told that they would be able to stay in this shelter until it was time for their asylum court date in the United States, but they had just learned that the shelter could only host them for two weeks. Then, they’d be on their own in one of Mexico’s most dangerous cities, vulnerable to kidnapping, torture, extortion and trafficking.

Jane*, a petite woman in a t-shirt, sweatpants and flip-flops, held on to her 8- and 12-year-old daughters as she told us about fleeing Honduras. “The gangs told me I could give them my child or she would be killed.” Men in gangs were raping young girls, holding on to them for as long as they wanted; the police knew and looked the other way, she told me. 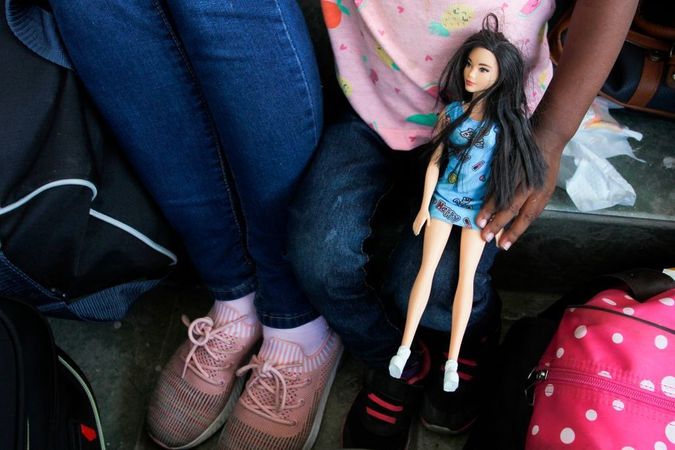 A Cuban girl and her mother wait their turn for an asylum appointment with US authorities in Ciudad Juarez, Chihuahua state, Mexico, on May 31, 2019. Image by Getty Images

When Jane finally got to the United States — dirty, dehydrated, exhausted, and with two children — border agents told her that the U.S. now sees her family as ineligible for asylum, since they fled through Mexico. They’d be forced to wait in Juarez while their case made its way through the backlogged courts. The Trump administration’s decisions to make seeking asylum as difficult as possible means that so many women like Jane and her girls are trapped between returning to the violence they fled or fending for themselves in a foreign city where they will likely suffer and be killed.

For these women, there is no third choice.

So far, at least 42,000 migrants have been sent back to Mexico under these new, more stringent rules about asylum eligibility, and only around 1% are able to find lawyers to represent them.

Ashamnu, as the traditional Yom Kippur liturgy demands we say:  We are guilty. When Americans learned about family separation last summer, we took to the streets, but we have not done enough since.

Bagadnu, we have betrayed. When we learned how devastating the conditions are in detention camps, our social media was abuzz for a few days, but then it returned to normal.

Gazalnu, we have taken. When President Trump forced people fleeing violence to wait in Mexico while their claims were heard, there was almost nary a peep from those of us with privilege and access.

Dibarnu dofi. We misused our speech, by not using it enough. When President Trump effectively cancelled asylum for nearly everyone passing through Mexico we, once again, said nothing. Did nothing.

Yom Kippur is a time for the accounting of the soul—to own how we have been complacent, complicit, taken the easy way out. The Trump administration has been perpetrating harm against immigrants yearning to breathe free for years, and many of us have, maybe, donated a little money here or there, maybe updated our Facebook status there.  It’s not enough. The hour demands more from us.

We must continue to take to the streets in protest of this administration’s immigration policies and ICE—as did thousands of NCJW activists and partners did this summer, and the many who came out to almost 40 Never Again Action events since July. We must call for funding cuts to ICE and Customs and Border Patrol. We must tell the Department of Homeland Security that asylum seekers demand a fair process. We must support candidates running on pro-immigrant platforms with our time and our money.

When I was in Juarez, Representative Veronica Escobar told us that in order to save the soul of America, we must work to re-humanize immigrants. She’s right.

The conditions that made immigrants so easy to demonize were in place before President Trump, and if we don’t fight for them now, and work hard to change our culture and our country, they will continue on, irrespective of impeachment or even the next election.

We have a lot of work ahead of us to truly repent for our sins.

*Jane is referred to by a pseudonym for her protection

Sheila Katz is the CEO of the National Council of Jewish Women. Follow her on Twitter @SheilaKatz1.

For The Sins We Have Committed At The Border