When Christmas Is Recognized — And Yom Kippur Isn’t 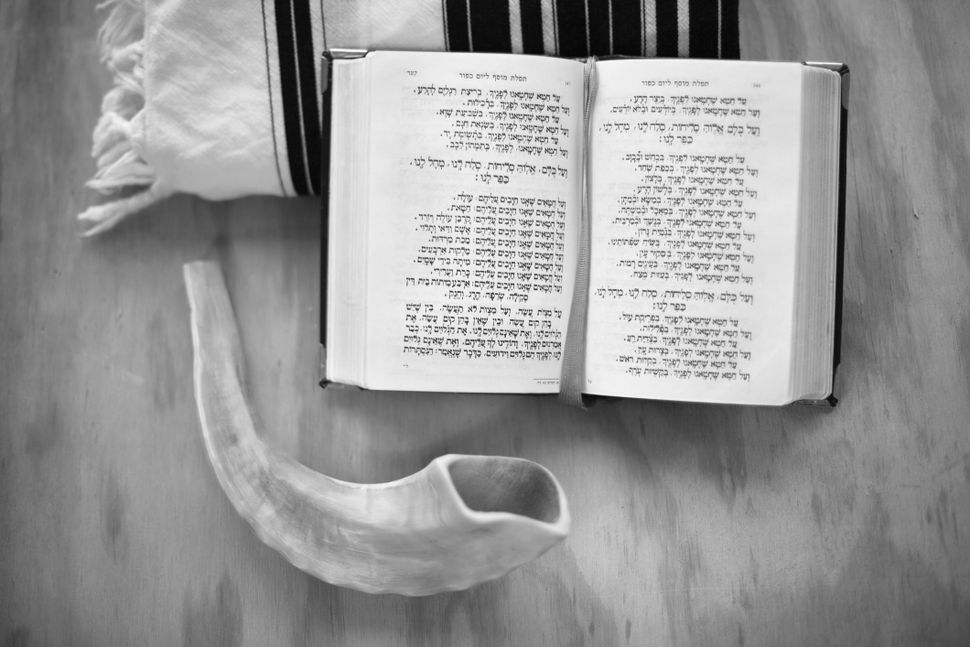 No, my kids will not be going to pottery class tonight. It’s Kol Nidre, the start of the holiest day on the Jewish calendar. They’ll be getting ready for shul.

We’re lucky to live in Montclair, N.J., a town with plenty of Jews, a focus on diversity and inclusion, and a wonderful art museum with tons of classes and camps. We’ve been members of the museum practically since we arrived in 2016, and my daughter has taken drawing, painting, digital photography and so many sessions of pottery that we recently bought a big shelving unit to showcase all the little bowls and mugs.

This fall, she and her twin brother both signed up for Tuesday wheel-throwing, 5 to 6:30 p.m. Last week, when that fell at the end of the second day of Rosh Hashanah, I emailed the museum school to double-check that class was still on (yes), and then realized the next one would clash with Kol Nidre.

“Presume next week is off because of Yom Kippur?” I wrote back.

“The museum does not cancel classes because of any religious holidays,” came the reply.

This may be technically true: Classes are not cancelled because of Christmas or Easter; they’re never scheduled on those days. The whole museum is closed on both Christmas and Christmas Eve.

I was annoyed, yet not sure whether I was justified.

It’s not like Yom Kippur is some minor holiday, and Kol Nidre, the evening service that opens the 25-hour fast, a critical part of observing it. My synagogue’s Kol Nidre was scheduled to start at 7 p.m., and the four of us would need to be showered, dressed, fed and watered well before; obviously, pottery would not be possible.

Which is fine. I grew up in a family that attended an Orthodox shul and public schools, which meant we were constantly missing something. I considered it character-building to be virtually the only student missing two days for Shavuot, a holiday most of my Jewish classmates had never heard of; four for Sukkot, Shemini Atzereth and Simchat Torah; and four more over Passover — unless Passover happened to coincide with Easter break, which of course we called “spring break” in a nod to the supposed separation of church and state, but did you ever notice spring break always includes not just Easter Sunday but usually Good Friday, too?

I recall taking a somewhat absurd pride in excelling despite missing all these days, especially in the first weeks of school. I also remember being called out, not by Christian classmates or teachers, but by the secular Jews, who did not see why I needed to skip soccer practice for Shemini Atzeret, a holiday they could hardly pronounce never mind observe.

So maybe I should be thrilled that Montclair’s schools are closed on Yom Kippur as well as the first day of Rosh Hashanah, not worried about an optional extra-curricular? I saw on Twitter a brouhaha brewing over the religious journalists’ association having scheduled its conference on Yom Kippur — that certainly seemed worse.

I decided to gut-check my pottery outrage with — who else? — my Facebook friends, an admittedly unscientific (and heavily Jewish) universe. The response was fast and fascinating.

One of the first came from a neighbor who is Bosnian, and Muslim. “Imagine being part of a religious minority, and having your holidays ignored,” she wrote, not only by the museum “but, you know, schools and government.” Later, a professor who is from Birmingham, Alabama, and now lives in Beirut, noted: “They’re not closed for Diwali or Mawlid al-Nabi either, much less the nights before.”

And then there were fellow Jews, including two friends from childhood, who thought outrage was definitely not appropriate. “I expect that everything is going to go on business as usual and would be surprised if a class were cancelled,” wrote one. Another, who now lives in Israel, noted: “The USA claims separation of church and state, but it’s a Christian country no matter how you look at it. Otherwise, why would Xmas be a federal holiday?”

Indeed, the museum’s explanation was that it “follows the federal-holiday schedule.” For the record, Christmas is the only religious holiday included among the 10 federal holidays in 2019; Christmas Eve is not a federal holiday, and is the only other day besides the 10 our little museum is closed.

(While we’re checking the record: I could not find via semi-advanced Googling anything approaching a definitive list of what is open and closed on Yom Kippur, though I did find this map a guy on Reddit made in 2015 showing the relative handful of counties in which at least one public school is closed on a Jewish holiday. I also learned that Yom Kippur in 2015 joined Good Friday, Christmas, Eid al Fitr and Eid al Adha as official United Nations holidays on which no important meetings can be scheduled.)

My Facebook friends shared a litany of complaints: soccer games on the first day of Rosh Hashanah despite school having been closed, chess tournaments on Passover, few non-Christmas patterns in the wrapping-paper sale fundraiser. They also had some constructive ideas: one from New York City noted that her kids’ pottery and photography classes were not canceled, but that she’d been offered a makeup session or a pro-rated refund.

That struck me as fair, smart and sensitive, and so I wrote to the head of our museum’s education program, Leah Fox, suggesting such. They could be ecumenical about it: anyone who missed class for any holiday — or any other conflict — could go to one make-up session.

She referred me to the museum school’s Policies and Procedures on Make Up Classes, which, no, I had not read before shelling out the $343 per kid for 10 weeks. “Students missing class by their own choice will not receive a make-up class, refund or credit.”

This did not help the outrage factor. I wrote back saying I found her explanation “disappointing and discriminatory.”

“I think students missing class for religious reasons should be in a different category than ‘by their own choice,’” I pointed out. “I guess it is technically our choice to live in a country that is de facto Christian, but it’s also one that has freedom of religion as a foundational principle.”

As this was unfolding, my husband reminded me that we had had a similar situation with the very same museum barely six months ago, over our then-Friday afternoon pottery class that was on the night of the first Passover Seder — and Good Friday, the start of our school “spring break.” He had done the emailing that time, and first got the same “federal holiday” answer, but after bumping up to Ms. Fox, the education director, won the day — sort of.

Class that Friday was “cancelled due to construction in the Ceramic Studio as well as the holiday and vacation weekend,” Ms. Fox wrote back in April.

In her last email to me, Ms. Fox noted that accommodating all the Jewish, Islamic, Hindu and “other religious observances” would overwhelm the calendar, and that “in following the federal calendar, we remain open on Good Friday and Easter Sunday.” She also said she’d talk to the museum leadership about “how we may accommodate more observances in the future.”

“In the meantime,” Ms. Fox added, “we will change the policy language related to personal choice.”

That felt like a tiny victory I could take with me — and my kids — to Kol Nidre.

When Christmas Is Recognized — And Yom Kippur Isn’t