My Family Are Holocaust Survivors. I’m Terrified For My Disabled Jewish Son’s Future In The US. 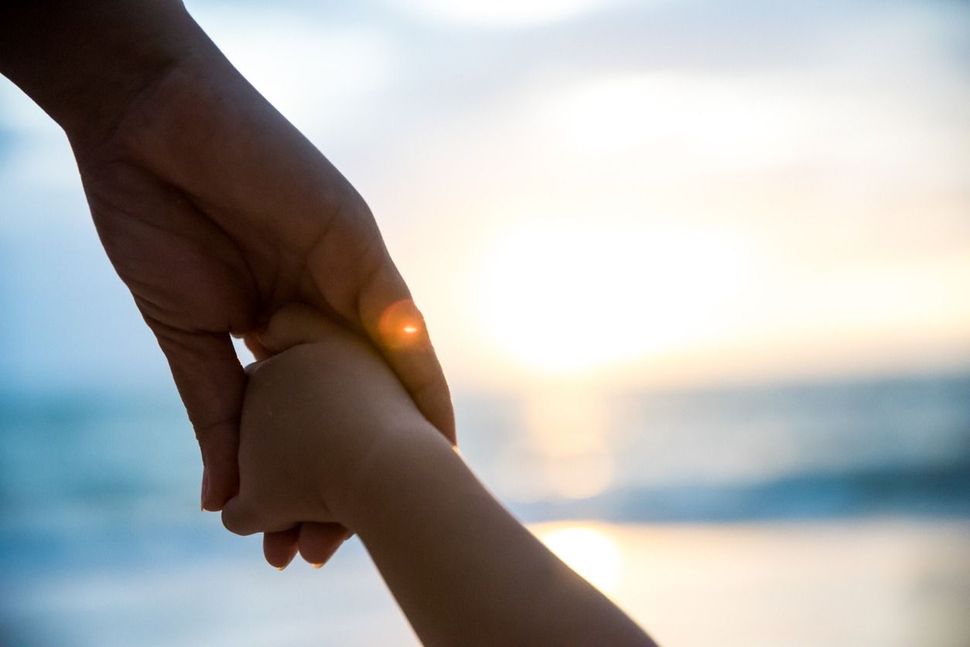 ‘There is a fear that has been passed down like a family heirloom.’ Image by iStock

Our nearly 24-year-old son, who is autistic, isn’t allowed to cross a busy street alone. He showers independently, but always asks us if he needs to shower. (“Did I sweat today?” is a common refrain in our household.)

To say that Noah is dependent on us would be a radical understatement. Yet we plan on taking him to Israel for a trial stay at a special needs kibbutz near Haifa. If all goes well during this visit, and one or two more after that, Kishorit would be Noah’s new home. He’d be an ocean, a sea, and many thousands of miles away from us.

It seems incomprehensible to me that our son, whom we rarely let out of our sight, could live so far away from us. And yet, we find ourselves hoping that this trial will be successful. We need it to be.

Noah officially has an IQ in the mentally retarded range. I choose not to focus on that — it’s a number that is but one measurement of a complex human being. When Noah was little, I remember thinking, “How on earth is this child going to navigate the elementary school hallways? How will he ride the school bus?” Then, “How will he manage middle school? What if he doesn’t stop asking his female teachers if he can wear their dresses?” But he did.

As Noah managed small triumphs in the day-to-day, I insisted that the best version of our family was to be found on vacation. I pushed hard for us to embrace travel as a means to bond, to escape, to just be. So the nearly 24-year-old whom we never allow to wander alone even a short distance from our apartment has biked the streets of Amsterdam, raced toward an Icelandic glacier in a zodiac, ziplined through Costa Rican jungle, explored the caves of Beit Guvrin in Israel, and gone on a boys-only weekend with his dad and older brother to San Francisco. 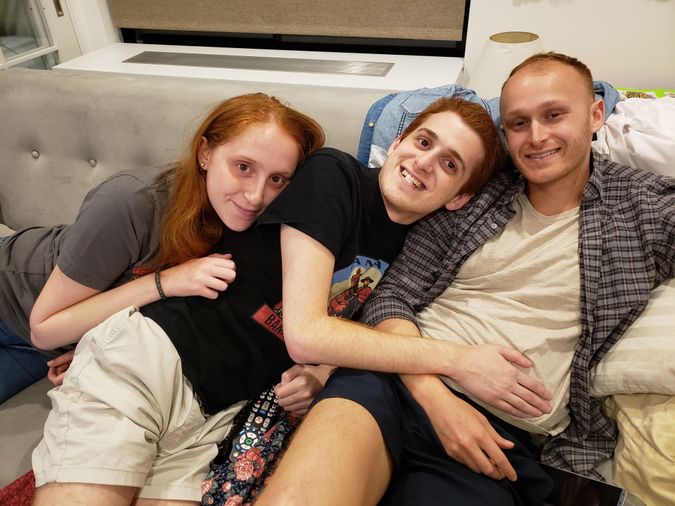 I’ve never before considered whether all the traveling we’ve done with Noah might have been some kind of prologue for what’s to come. But there is a history of what I might call “necessary wandering” in our family, and maybe that’s what has enabled me to imagine that I could let Noah go so far out into the world, and be so far from us.

I know Noah the way one heart knows another. He starts his day by slipping his nearly six-foot frame into bed with me in the morning so we can snuggle, and ends his day the same way. How will he learn to live away from me? Who will love and cherish him like I will? Those concerns are the everyday worries of all parents like me. But folded in among those concerns, like some ugly, unwanted surprise, is a fear that has been passed down like a family heirloom.

My family’s history is one of being forced to take agonizing risks, make fateful choices, and live with tragic outcomes. Lately, I’ve been obsessed with the idea that history could be destiny, that I am predisposed to have to relive that history.

Our idea to bring Noah to Israel has echoes of the desperation of my father’s family in Eastern Europe in the 1940s, trapped in a vice of murderous hatred. Where were the exits? My grandfather, zichrono livracha, may his memory be for a blessing, looked to relatives in South Africa, then to the open expanse of Siberia. The first idea left the family paralyzed with indecision; the second idea was arrived at too late.

In the end, my father’s family took too long trying to find an exit, believing things wouldn’t get so bad. But of course, things got worse.

Caught in a vortex of hatred in Poland, they lived like hunted animals. It didn’t matter that they’d been good neighbors, upstanding townspeople, generous employers. Every door closed, and every decision became a life and death gamble. Should my father run away from the “work camp” in the forest? He did, and survived. Should his brother give his young sons to my father for hiding? He didn’t, and died with them and with his wife and mother at Ponar. They were shot and burned to death, only a short distance from where they had lived, loved, celebrated simchas, laughed with neighbors, and grieved life’s inevitable losses. Where they had done all the things that constituted what ought to have been a decent, honorable life. But they were deemed a burden, a thing to be discarded, to be done away with.

Eighty years after my father’s family searched for safe harbor, I find myself scouting the same thing for my son. Am I being prudent in trying to find safety for Noah, or am I mired in some kind of irrational panic, something heightened by what America has become in recent years?

America did provide a second chance for my father, z”l, after he spent ten years in a German displaced person camp, and after he settled his only surviving siblings — his two sisters — in Israel and Germany. I am not convinced this country will provide the same protection for my son.

I have spent my life trying to nurture and protect Noah. I have taken every visual and verbal bullet for him, every ugly sneer, every look of revulsion or fear directed at him. I have responded to the galloping idiocy of people who chastise him for not being the person they think he should be. I am thankful that Noah never notices the ugliness sent his way, that he is blissfully unaware of what others think of him — except, of course, those who love him. Noah doesn’t know hatred, but he is a master at recognizing love. And he returns that love in ways that remind me that there are, indeed, angels among us.

But angels in America are not a protected class. They aren’t even a valued class. Like so many other categories of folks who don’t fit, they are a burden. And America is not friendly to those who are a burden.

I say this not with rage or bitterness, but with sorrow. I look at my son, a beautiful soul lost in a world he cannot make much sense of, a loving, sweet, completely vulnerable young man living in a country in which vulnerability is the quality least in demand, the one that puts you most at peril.

And now I find myself, in 2019, wrestling with the fear that my son, with his permanent disability, with his below average IQ, with his inability to navigate this world on his own, has no truly safe place in America. It is not lost on me that given his disability, Noah would have been an early target of the Nazi euthanasia program. He would have been at the top of the to-be-discarded list.

For his part, Noah is not the least bit eager to move away from us. We are his everything. He has no friends, and no independent life. Noah can be with other extended family members, but he has no connections beyond that. There are people who are kind to Noah, who know him in the various programs he attends. But none of those people would care for, love, and protect Noah. That’s on us.

If we cannot live forever, and we are his safety, then where does he go? Where does he live, protected from malign influences, from those who would view him as a burden, even as a target? It is not only that my son is a Jew in America in 2019. It is that my son is a disabled Jew in America in 2019. Perhaps the spasm of hatred and vilification we are enduring will pass. Perhaps it won’t. But America long ago decided that those who are not at the top of the achievement heap are the ones who must fight for the crumbs at the bottom. That includes my son, who cannot fight, who doesn’t even understand what that means.

Nina Mogilnik has a long work history in philanthropy and government. As a writer, she shares her insights on, among other things, parenting incredibly interesting, challenging, complicated kids whom she loves, even on her worst days, up to the moon and past the stars. She has been published in the Jewish Week, and you can follow her musings at parentjungle.blogspot.com.

My Family Are Holocaust Survivors. I’m Terrified For My Disabled Jewish Son’s Future In The US.