Luxury Mikvehs Are Great, But We’re Missing The Point 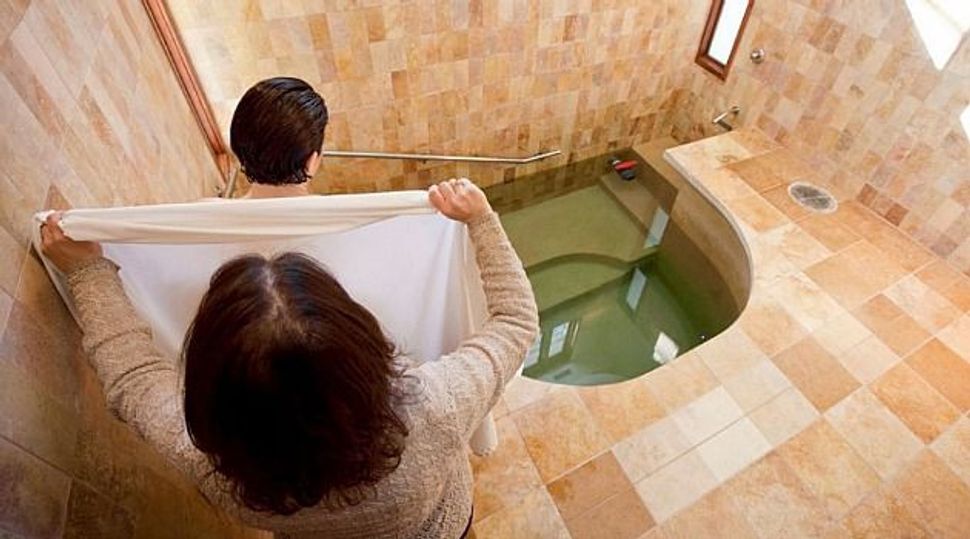 I recently attended a consultation with a renowned mikveh architect as we begin discussions about building a new mikveh in Charleston, South Carolina. As we have about 10-15 mikveh users a month and anticipate growth, I figured our new mikveh would include an additional changing room and nicer tiles and lighting. I was shocked when the (male) consultant told me that in order to increase mikveh usage, we would need a fireplace and waterfall in the waiting room. We don’t even have a waiting room in our current mikveh, nor did I envision having one in our new mikveh; I certainly never imagined the need for a fireplace.

To be clear, I am certainly not against spa-like mikvehs. In this day and age of balancing work and children, I am a firm believer that every woman deserves a beautiful place to visit once a month, where she should feel pampered and recharged before returning home to her husband. Be it, a manicurist on site to make her feel beautiful after she’s dipped, beautiful decor, etc. And if a fireplace and waterfall are necessary for that effect, then fine.

But I would beg to differ that spa-like mikvehs will increase mikveh attendance.

Our mikveh was built in the 1950’s (hot pink tiled decor and all), and as such, it does not have a filter, which means that every time a woman needs to use our mikveh, my husband has to fill it with water and then drain it after each use. With the outside temperature affecting the water, it’s not an exact science. There have been times when the water was too hot and a woman had to wait for it to cool down before she could use it. There have been times when the water was uncomfortably cold. On Saturday nights in the summer, the mikveh isn’t ready until 10:30pm because it takes two hours to fill. A perfect system, it is not. Hence, the need for our mikveh rebuilding project.

And yet, interestingly — with all of the deterrents of our mikveh — more and more women in our community are using it. Our new mikveh-users are a range of women — some who have recently decided to embrace Judaism, some are traditional Israelis, and some are millennial, non-observant women who used the mikveh before their wedding and decided to continue after marriage.

Clearly, these women are not attending our mikveh for its aesthetics, but despite the lack of them. And perhaps for that reason, taking these women of our community to the mikveh has proven to be the most moving experience of being Rebbetzin of our community. There are times when I am exhausted from work and my kids, and I am literally counting the hours for that night’s mikveh appointment to be over, so I can get to my pillow and pajamas.

And yet, each time I attend a woman, I come back energized and moved by her individual story. I’ve had the pleasure of teaching brides and then accompanying them when they dip before their wedding. I’ve served as the attendant for several conversions, sharing the special moment when a woman completes her life-changing journey into Judaism. I’ve taken women to the mikveh after heartbreaking miscarriages and cried along with them when they immersed for the first time afterward. I’ve attended women who I know are longing for a baby and hoping that this will be that “magical dip” when all of their prayers are answered. I’ve been moved by incredible stories of devotion to keep the mitzvah even when it proves to be difficult, and the serenity, hope and meaning that many of my women seem to find in the mikveh waters. As their Rebbetzin, when I see their tears, I often know what those tears are for and when they take a few extra minutes to pray in the mikveh, I am often standing in the other room, allowing them their privacy while I pray along with them.

It is the policy at our mikveh that there are no questions asked. We check what she asks us to check, but otherwise, our job is to simply make sure a woman’s hair goes under the water. I tell each woman beforehand that I will not look at her when she is not dressed and make a point of hiding my face behind the towel as she enters and leaves the mikveh, simply watching the top of her head when it is time to immerse. The other attendants at our mikveh have the same approach; we see our job as helping to facilitate making the night special and relaxing for her. This sometimes means meeting a woman at 12am at the mikveh because she had a late flight. Or helping her sneak out of a shul program so that no one notices when and where she disappears. Or helping to concoct a scheme so her visiting in-laws don’t know where she is going. One of our attendants even brings women cookies the night of their immersion.

While the mikveh experience is beautiful at many mikvaot, unfortunately, I’ve heard plenty of stories about attendants in many communities that aren’t so special. I’ve heard stories of attendants who are not accommodating when a woman needs to go after-hours. About women who were not sure about mikveh policies when visiting a city, and were told they could not immerse that night because the attendant wasn’t notified within 24 hours. I’ve been told about intrusive mikveh attendants who check a woman’s belly button, who ask questions about religious observances and who are not discreet by avoiding eyes when a woman is undressed. There are women who dread going to the mikveh because they are ashamed of their weight or of scars, who have a fear of water, and sometimes find themselves facing impatient mikveh attendants who are eager to just get to the next customer. I’ve been told of observant women who dip monthly in the ocean, despite the danger, to escape such attendants. Some of my women have even admitted to me that they delayed using the mikveh in bigger cities, with far more beautiful mikvaot, because they did not like how the attendants treated them. They choose to use our humble, bright-pink mikveh instead.

And this is why, I believe, that our women keep coming. Despite the humidity that sometimes bloats the doors so they don’t fully close, despite the water temperature not always being perfect, and the temperamental shower — a woman wants a place where she is comfortable, nurtured and accepted, when she is at her most vulnerable.

I realize that large mikvaot can’t afford to give women the same level of personal attention that we can at our small mikveh in Charleston.

But if we want women to keep coming to the mikveh, it would serve us well to realize that while fountains and fireplaces are beautiful, a woman needs her soul nurtured at the mikveh, too. And it starts with the attendants.

Ariela Davis is the Director of Judaics at Addlestone Hebrew Academy and the Rebbetzin of Brith Shalom Beth Israel, the historic Orthodox synagogue of downtown Charleston, South Carolina. Ariela has taught Jewish law in various communities and writes and speaks about topics related to Jewish thought, Holocaust and Israel. She and her husband, Rabbi Moshe Davis, are the proud parents of four children.

Luxury Mikvehs Are Great, But We’re Missing The Point