Chicken Soup For The Jewish Soul 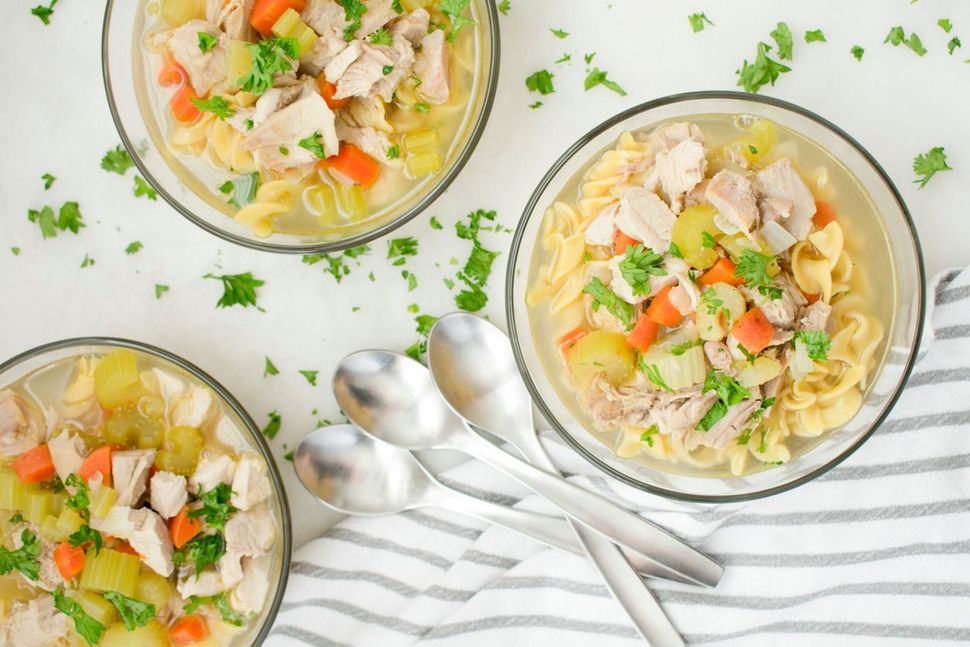 Chicken soup is a winter staple all over the world. Image by iStock

Google the phrase “Jewish chicken soup,” and the search engine will provide a list of related queries, first among which is: “does chicken soup have penicillin?” It’s official: the medicinal, spiritual, almost supernatural powers of bubbe’s soup are now so undisputed that even tech giants recognize them.

Eating chicken soup — and vociferously defending the honor of one’s own preferred recipe — have been part of Jewish tradition since time immemorial. But on National Chicken Soup Day, a solemn holiday that unites soup lovers all over the world, we feel it’s incumbent upon us to acknowledge that people outside our immediate family can indeed make chicken soup, and make it well. In this magnanimous spirit, we’ve scoured the blogoshere for the yummiest-looking chicken soups around the world. Humbly and hungrily, we present ten tried-and-tested (although, alas, not by us) recipes to get you through the drizzly weeks until Thanksgiving.

The unlikely ingredient in Lebanese chicken soup? Sticks of cinnamon. Balanced out with vermicelli and garnished with parsley, this is a must-have for sweater weather weekends and a good place for soup newbies to start. 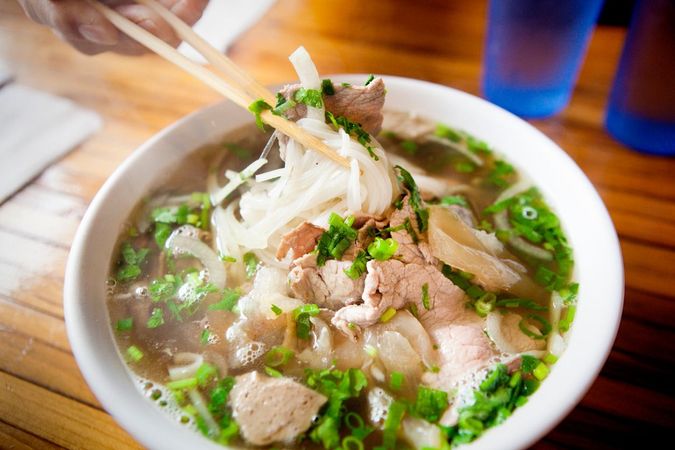 “Bowls of pho are the hamburgers of Vietnam,” says chef Charles Phan. He writes that when he first returned his native country after 18 years abroad, he immediately sat down at a cafe to enjoy a bowl.

Don’t let this recipe’s long list of ingredients — including sliced banana! — fool you. It only has three steps. This is a perfect centerpiece dish for your next dinner party. 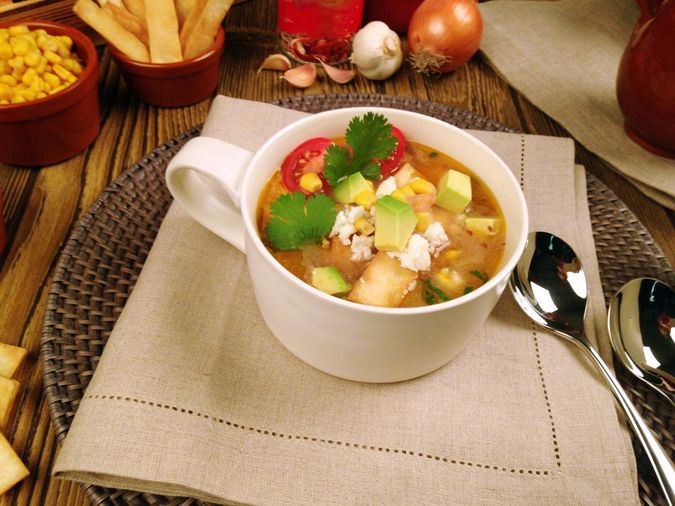 A staple in Mexican cuisine, this soup is usually served with tortillas and avocados. This recipe includes slow cooker instructions, for maximum coziness and minimum cooking.

This soup is full of North African spices, from cumin to coriander and cardamom. For bonus points, serve apricot couscous on top! 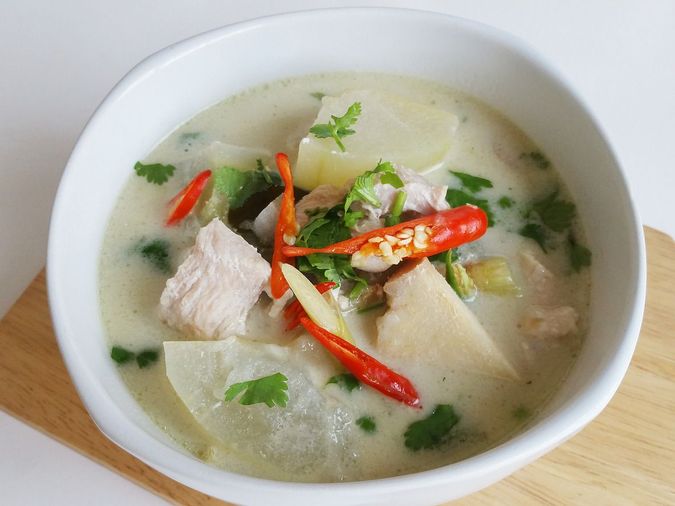 This Bon Appetit recipe is based on the traditional Tom Kha Gai, but it takes less than an hour to make – perfect for a busy weeknight dinner. 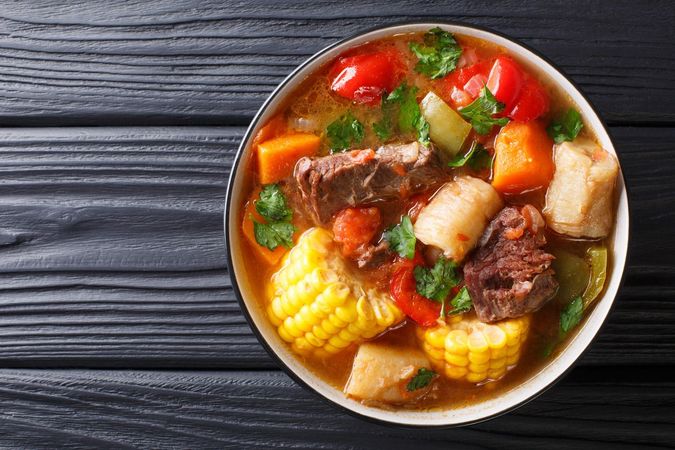 A hearty stew for wintry weekends. Image by iStock

You can make this Judeo-Yemenite dish with chicken or beef, depending on your preference. A longtime Shabbat staple, this dish has become popular in Israel thanks to a large Yemeni Jewish population. 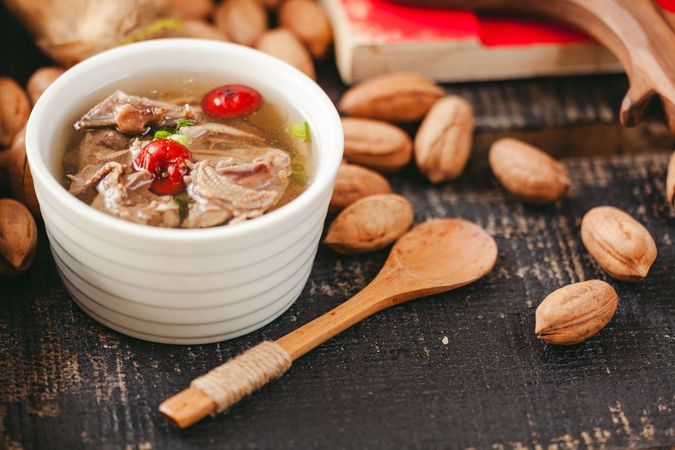 Chicken soup with herbs and goji berries. Image by iStock

We’re not joking, this is the recipe’s real name. Journalist Vivian Lee grew up drinking this soup, packed with dried herbs, whenever she got a cold. She never really believed the hype until, while recovering from surgery as an adult, she received packets of herbs from aunties all over the world. 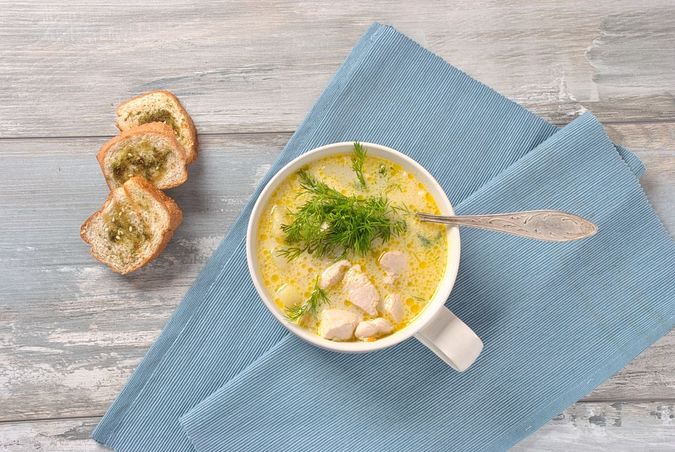 Try a chicken soup with a rich egg broth. Image by iStock

You might think this soup is from South America — but it’s actually a Sephardic staple. This chicken soup is made with eggs, which gives it the rich texture of dairy soups without straying outside the bounds of kashrut.

Chicken Soup For The Jewish Soul