There Are Five Kinds Of Jewish Grandparents. Which One Are You?

Putting ourselves in groups — it’s fun at any age.

For the first time, the Jewish Grandparents Network, an organization promoting community engagement among Jewish grandparents, has released a study outlining the five core “types” of grandparents, based on engagement with grandchildren, attitudes towards Judaism, and hopes for future generations: Joyful, Faithful, Secular, Wistful, and Detached.

The Jewish Grandparents Network said that grandparents are likely to identify with more than one group, especially when they have more than one grandchild. And that makes sense. As I read through the study I thought back to my own grandfather (z’’l, although he would certainly roll his eyes if he could see me write that). Like a Faithful grandparent, he took me to high holiday services every year. And like a Secular grandparent, he whisper-shouted during every service that Abraham must have been on drugs if he thought God wanted him to sacrifice a child. As I ventured into Jewish cooking, he cheered me on like a Joyful grandparent. But he always made sure to remind me that his mother’s piecrust was better, just like a — wait, there’s no category for that.

The bottom line is, we all contain multitudes — or at least five categories. While the actual study relied on a representative sample of 1,017 people, dozens of questions, and complex data analysis, we’ve boiled each group down to its core characteristics so you can see what kind of zayde or bubbe you are — or will become!

If you love being a grandparent and feel it’s important to transmit Jewish values to your grandchildren — you’re a Joyful Grandparent. 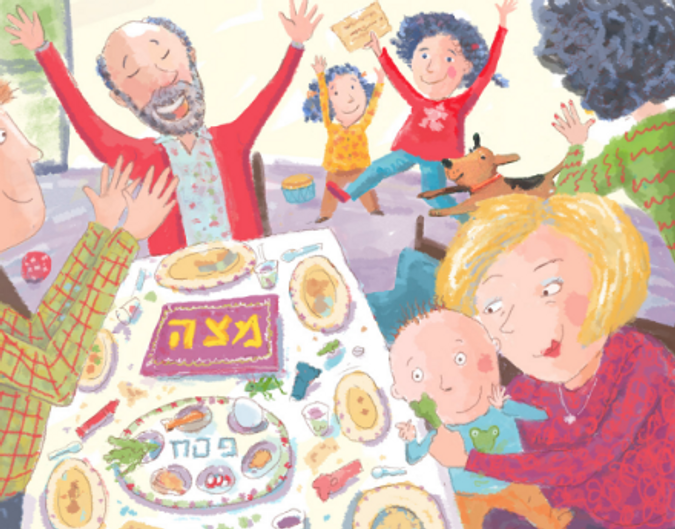 As a Joyful Grandparent, you’re both an active caretaker and the center of your family’s Jewish life. You care about Jewish rituals for their cultural, rather than religious, significance, and you encourage your grandchildren to celebrate holidays and revel in their heritage. You probably belong to your synagogue, and your children tend to be as observant as you are. And as this illustration shows, God has rewarded your efforts with spry knees on which to seek the Afikomen!

If you want your grandchildren to have a strong connection to Judaism and marry someone Jewish — you’re a Faithful Grandparent. 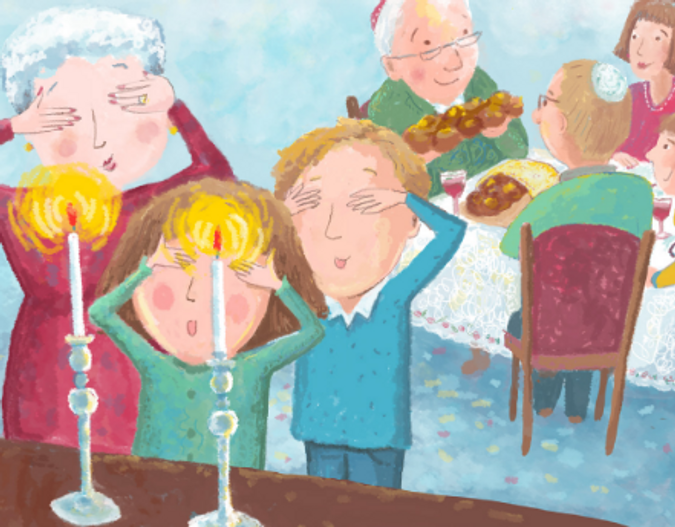 Faithful grandparents pass on Jewish beliefs to their grandchildren. Image by Deborah Zemke

For faithful grandparents, it’s important to model not just Jewish rituals, but Jewish religious beliefs. You definitely belong to a synagogue, and it’s definitely not the kind where people play guitars. Your children are married to other Jews and your grandchildren love you, but they won’t bring their friends to Seder at your house — they know there’s no chance you’ll skip the boring parts.

If you’re very engaged with your grandchildren, but Jewish faith and practice aren’t a big part of you relationship — you’re a Secular Grandparent. 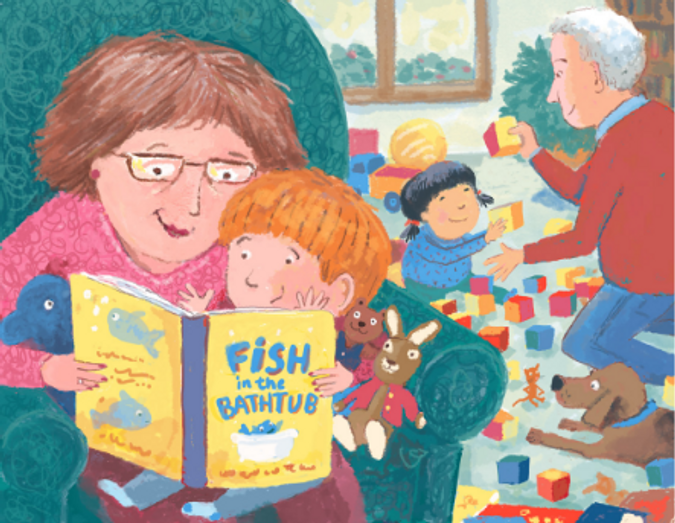 Secular grandparents participate in different kinds of activities with their grandchildren. Image by Deborah Zemke

During the Seder, you may or may not digress from the haggadah to remind your grandchildren that none of this happened and the Torah was written as poetry. You find joy in caring for your grandchildren and celebrate some Jewish milestones, but the activities you share are as likely to be secular as Jewish. It’s unlikely that you regularly attend synagogue, and at least one of your children is likely to be intermarried.

If you wish you could be more involved with your grandchildren, but family dynamics or distance get in the way — you’re a Wistful Grandparent. 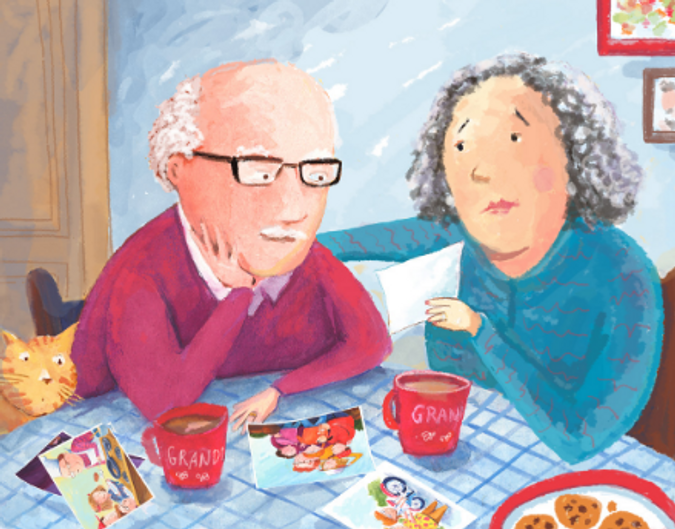 Wistful grandparents wish they could have a stronger relationship with their grandchildren. Image by Deborah Zemke

If you’re a wistful grandparent, this part of your life may not be as fulfilling as you want it to be. You may not see your grandchildren often due to financial constraints, illness, or geographic distance. You may also disagree with the way your children are raising your grandchildren. You may be part of a synagogue or minyan, but you probably have at least one child who does not identify as Jewish.

If you love your grandchildren but are neither Jewishly-engaged nor interested in passing on Jewish practices to them — you’re a Detached Grandparent. 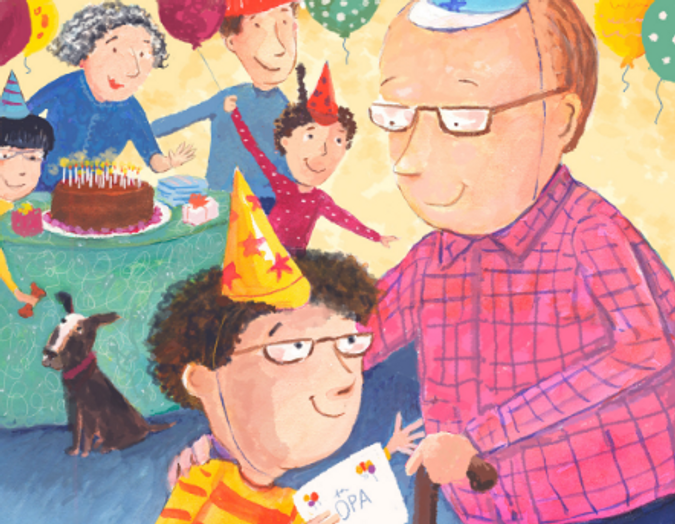 For detached grandparents, sharing Jewish traditions with grandchildren takes a backseat to other priorities. Image by Deborah Zemke

Like the Wistful Grandparent, you’re not all that involved in your grandchildren’s day-to-day life — but you try to be present at important milestones, and you’re content with your family’s situation. You may have married someone in a different faith, and you don’t feel it’s particularly important to pass down Jewish traditions. However, you may want your grandchildren to marry a Jewish partner.

There Are Five Kinds Of Jewish Grandparents. Which One Are You?