From Microcassettes to Smartphone Apps, the Act of Family Storytelling is Healthy 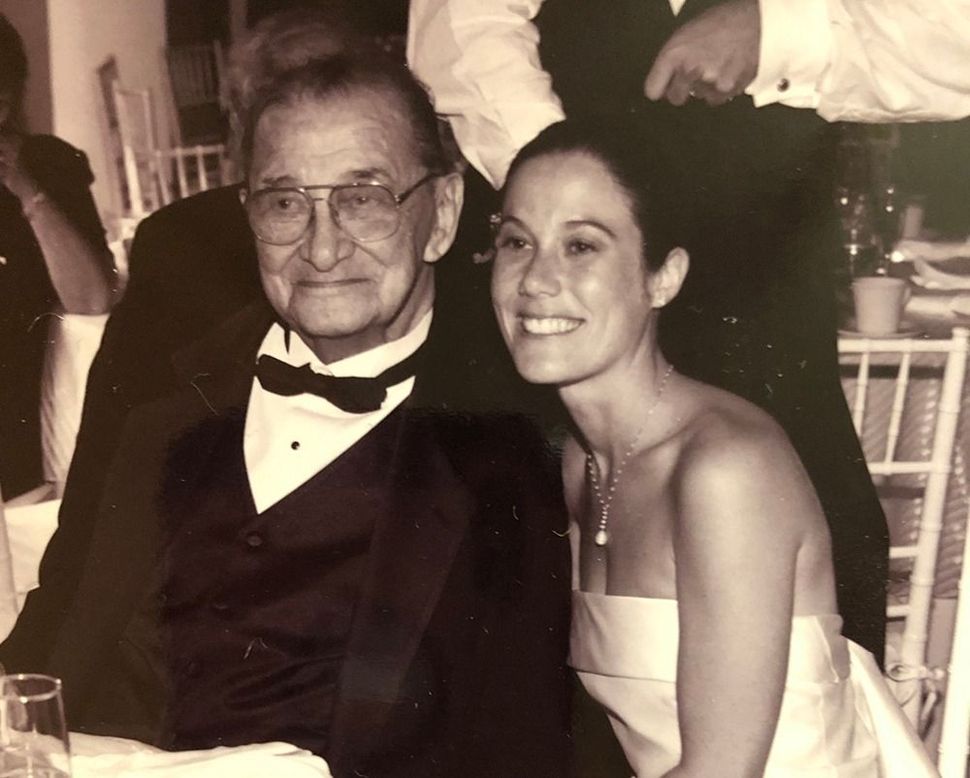 Amy Oringel and her grandfather at her wedding. Image by Amy Oringel

In a very cluttered corner of my very cluttered bedroom is a small silver metallic gift bag, the kind typically stuffed with kids’ crappy party favors or freebies from a new salon. But this bag holds a sacred bit of myself, my history, in the form of 10 tiny cassettes and an obsolete recording device I hope can still play them.

In 1997, when I was in my 20s, my paternal grandfather, Daniel Oringel, was 85 and had moved into a nursing home close to where I was raised in Westchester County. He had spent the prior two decades shuttling between an apartment in Queens and a condo in Fort Lauderdale, and finally was stepping back from the coffee import-export company he ran for most of his working life. My grandmother had died suddenly when he was in his mid-60s, and a second marriage that had lasted 20 years took a back seat to being near his children and grandchildren.

I was living and working in Manhattan, but even then was not into overcrowded bars and loud parties. When weekends came, I braved Grand Central Terminal at rush hour to visit Grandpa. I was a freelance writer accustomed to speaking with and profiling fascinating people, but for some reason what happened next took me by surprise.

Pleasantries quickly gave way to revealing tales of a life with some successes and more than a few regrets. By the third visit, Grandpa and I had our routine: I would push his wheelchair down the hall from his room to the sterile but comfortable common area, with a wall of windows looking out onto the broad front lawn, where families of deer would sometimes look for lunch. We sat at the same light-wood square card table and I placed my Radio Shack microcassette recorder face up on the table. 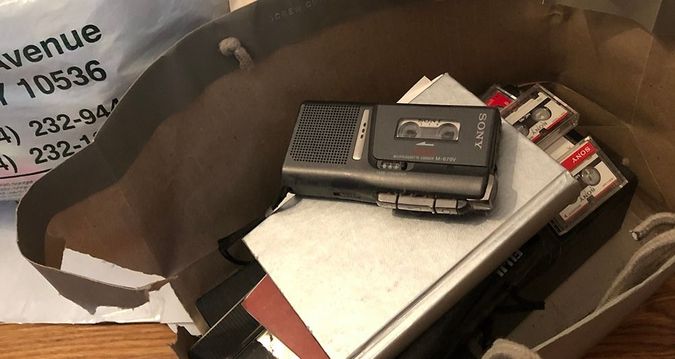 What came after I pressed the play and record buttons simultaneously were amazing stories about a boy growing up on the Lower East Side and a young man with a family in the Flatbush neighborhood of Brooklyn. Grandpa described his lifelong passion for horse racing, one that got him into a fair amount of trouble. The City College point-shaving scandal of 1951, in which basketball players were found to have accepted bribes to keep the score under the spread, made a cameo in his tales, as did the Jewish mafia. Once I corrected him mid-story about a tough guy he knew from his days as a teenage soda jerk. He insisted it was Bugsy Goldstein, one of Murder, Inc.’s most feared hitmen, while I was sure he meant the infamous Jewish gangster Bugsy Siegel. Of course he was right.

At times it was uncomfortable for me to see the consummate patriarch of our large extended family grapple with deep regret. But our conversations became productive acts of repentance, as Grandpa clearly worked through his feelings concerning my Grandma Belle, the love of his life, and the financial hardships he had caused their young family. I listened without judgement and changed the recorder’s six AAA batteries so nothing was missed. My family history was safe.

Personal storytelling seems to be having a rather extended moment. There is a glut of confessional podcasts and programs such as the Moth and StoryCorps, plus memoirs like Dani Shapiro’s “Inheritance” and Adam Frankel’s new release “The Survivors.” Regardless of whether you have a long-held secret to reveal or a swashbuckling life to share, research actually shows that the act of storytelling can lower blood pressure and anxiety and strengthen cognitive reasoning. Dr. Robyn Fivush, professor of developmental psychology at Emory University and author of “Family Narratives and the Development of an Autobiographical Self: Social and Cultural Perspectives on Autobiographical Memory,” has found that children raised in environments that encourage storytelling between generations grow up with a better sense of self and emotional well-being.

Just like filmmakers, photographers and other creatives who now produce meaningful work from technology carried in their pockets, oral historians have also become on-the-fly professionals. The Jewish Women’s Archive, on whose board of directors I serve, has a new app called StoryAperture, which allows interviews to be easily recorded, uploaded and archived. Businesses are even cropping up to help guide the process: one called StoryTerrace will, for a baseline fee of $1,900, furnish a family with a dedicated researcher-writer and, ultimately, a lifelong keepsake.

With me being a freelance writer, my family should have been ahead of the game, but I turned out to be the weak link.

After many months of our meetings, as Grandpa grew weaker, I deposited the cassette tapes in the silver bag, along with the recorder, and put it in the desk in my minuscule Upper West Side apartment. He died on Christmas Eve, 2000.

Time marched on and my husband and I moved to the suburbs, bringing the silver bag with us. Then came babies, one in 2002 and another two years later. The bag was relocated to the back of the closet behind the Graco Pack n’ Play. When we moved to a different house in 2003, the bag did too. Today, from where I sit, I can see it in the corner behind an old humidifier and a stack of back issues of National Geographic. The bag is ripped and its contents are covered in a fairly thick layer of dust.

Lately, I’ve been thinking a lot about Grandpa’s stories, about our interviews. My dad had a nasty fall down a flight of stairs this spring, and for a long stretch of his rehabilitation, he was a patient in the same facility where I used to visit Grandpa. The place was redone and renamed, but winding my way up the hill, past the deer, to the parking lot, I naturally thought of the silver bag.

As Dad has slowed down, a new opportunity to add to the Oringel family archive has presented itself and I’ve already started the process His stories pick up where Grandpa’s left off. Dad’s domain was Erasmus Hall and Ebbet’s Field, stoop ball and chicken soup, but also business school and pension plans, a move to the suburbs, assimilation.

These next few weeks will offer the best possible circumstances for family storytelling. While others are prepping stuffing and sides, I’m double-checking the storage on my iPhone. There is a lot to say, hear and tell and I plan on capturing it all. The good news is that I have help. My daughter is her school newspaper’s editor-in-chief.

Amy Oringel is a freelance writer based in Bedford, N.Y., and a board member of the Jewish Women’s Archive.

From Microcassettes to Smartphone Apps, the Act of Family Storytelling is Healthy