‘The Greeks Tried To Kill Us’ And Other Hanukkah Myths Debunked 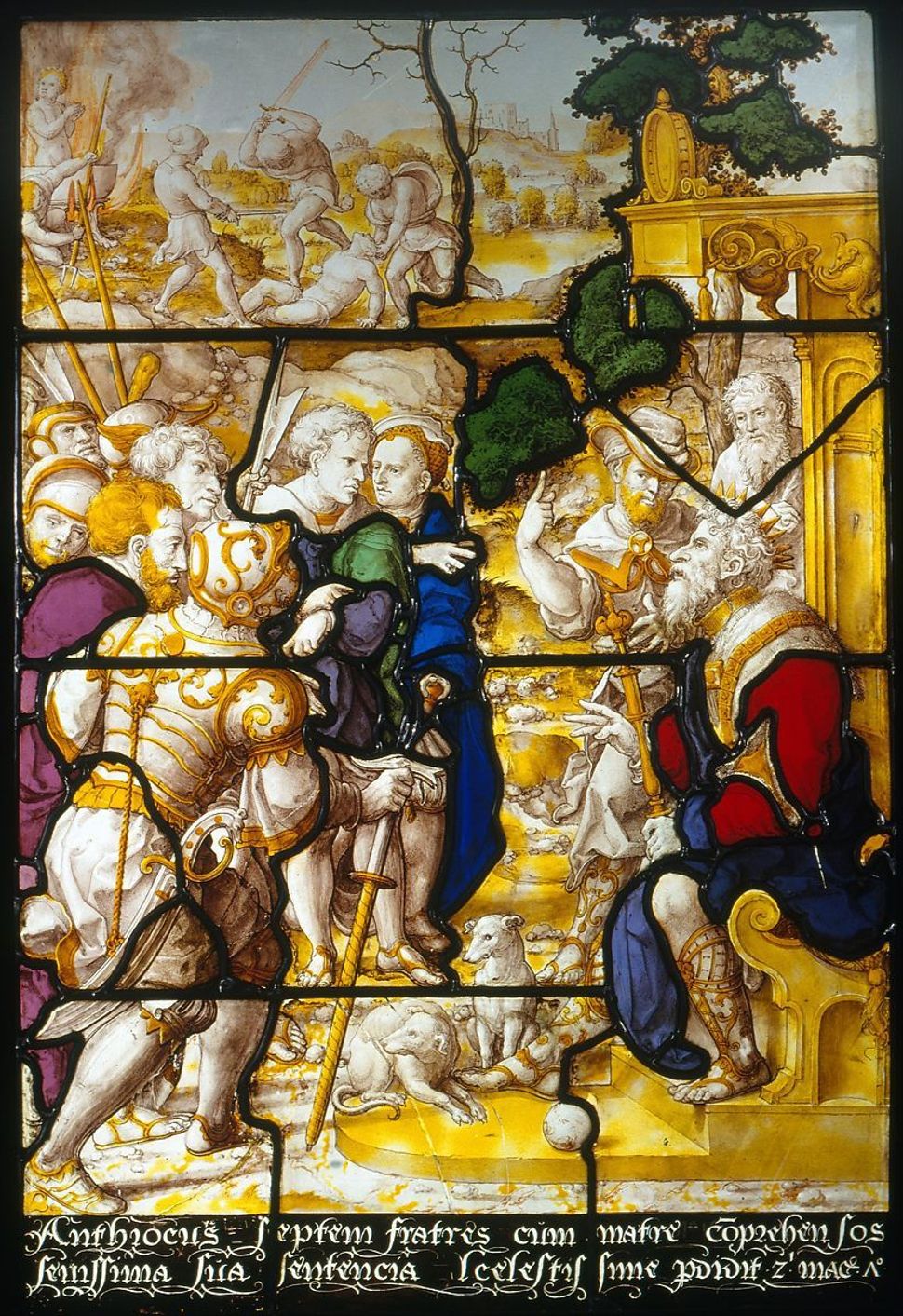 Martyrdom of the Seven Maccabee Brothers and Their Mother, Dirck Vellert, 1530-1535 Image by Metropolitan Museum of Art

As American Jews, we all grew up with the basic story: “The Greeks came and tried to kill us. We won. Let’s eat!” That may work for kids, but once you hit maturity, it’s time to learn the real story:

Myth 1: The Greeks were barbaric.

Alexander the Great was privately tutored by Aristotle until the age of 16, when he spread his militarily and intellectually formidable empire all the way from Greece to India. He exported gymnasiums, sports, and libraries to his lands of conquest, and generally allowed citizens to practice their religions freely while slowly assimilating them into Greek culture. However, one thing about the Greeks was barbaric: Greek ethics. They practiced widespread prostitution and slavery, elevated hedonism to the highest value, normalized and romanticized pederasty, and regularly practiced infanticide. As Aristotle wrote, “There must be a law that no imperfect or maimed child shall be brought up. And to avoid an excess in population, some children must be [exposed](i.e. thrown on the trash heap or left out in the woods to die). For a limit must be fixed to the population of the state.”

Myth 2: The Greeks were unwelcome occupiers.

Previously under the occupation of the anti-intellectual and at times genocidal Persian Empire, the Jews welcomed the rule of Alexander the Great. Following Alexander’s death, the Jewish homeland of Judea entered the hands of the generally liberal and open-minded King Ptolemy I, under whose rule many Jews assimilated. These Jews were known as the Hellenistic Jews.

Enamored by the “enlightened” Greeks, these Jews stretched skin to undo their circumcisions, substituted much of their Jewish values and culture for Greek values and culture, and in many cases became Sadducees, a sect of aristocratic, Greek-acculturated Jews who had rejected the authority of the Oral tradition.

Myth 3: The Greeks tried to kill us.

The Greeks welcomed us as fellow citizens of the empire, at least as long as we identified as Jewish Greeks rather than Greek Jews. Three circumstances led to the Jews being, as far as we know, the only persecuted religion in the empire.

(1) Centered directly between the Ptolemeic Empire and the Seleucid Empire (both of which were born out of Alexander’s empire), Judea was a hot spot in territorial conflict.

(2) The Hellenistic Jews were engaged in a battle of identity with the traditional Jews, and enlisted the help of the brutal King Antiochis and his Seleucid Empire to wipe out the “un-enlightened elements” of Jewish religion, particularly acts through which Jew claim to be able to sanctify physicality. Decrees against these elements ensued.

(3) The Jews didn’t assimilate into Greek culture like the other peoples. They maintained their identity, religion, and values even amid the strong pull of the Zeitgeist, and were thus a threat to the authority of the Empire as well as an independent moral conscience.

Myth 4: All of Greek culture rejected the Torah.

The target of the Greeks’ ire was not the written Torah, which to the non-Jew and Hellenistic Jew was a hollow religious text which can be interpreted in different ways. According to tradition, King Ptolemy actually requested its translation into Greek and promulgated it.

What they hated was that traditional Jews consider the written Torah to be only a blueprint – an outline of sorts. To the traditional Jew, the bulk of the Torah was in the Oral Law, rabbinic texts which in great detail explain and expound upon this blueprint. Jewish academies were filled with men and boys studying the Oral Law, many of which were later recorded in the Mishnah. To this the Greeks objected.

Myth 5: Latkes are an Eastern European thing, not a Jewish thing.

On Purim, Haman sought our physical destruction and failed. Then, we celebrate the holiday by sitting at a physical table and eating a physical meal. Hanukkah, on the other hand, was an intellectual and spiritual battle which we observe primarily by lighting candles. Nevertheless, there is a custom to eat oily foods that dates back millennia and evokes the miracle of the oil, and it is a custom that Maimonides’ father urged his community to take seriously. So grab a plate of latkes or doughnuts and check off a mitzvah!

Sort of. After the famous lighting of the menorah in the Temple, the physical battle actually raged on for another 20 years. At that point, the Maccabees established a Jewish kingdom which several generations later ironically became Hellenistic, and fell. The cultural and intellectual battle, however, persists even today. At the end of this article (Clash of the Values!) are several examples of Hellenistic values and Maccabee values which clashed during the Hanukkah story – even today we debate these values in the Jewish community!

Myth 7: The Hanukkah story is all about the Maccabee men.

On the contrary, Hanukkah is seen as a special holiday for Jewish women especially. Women traditionally relax and appreciate the special moment each night while the candles are burning bright. According to tradition, there are a number of reasons for this:

‘The Greeks Tried To Kill Us’ And Other Hanukkah Myths Debunked