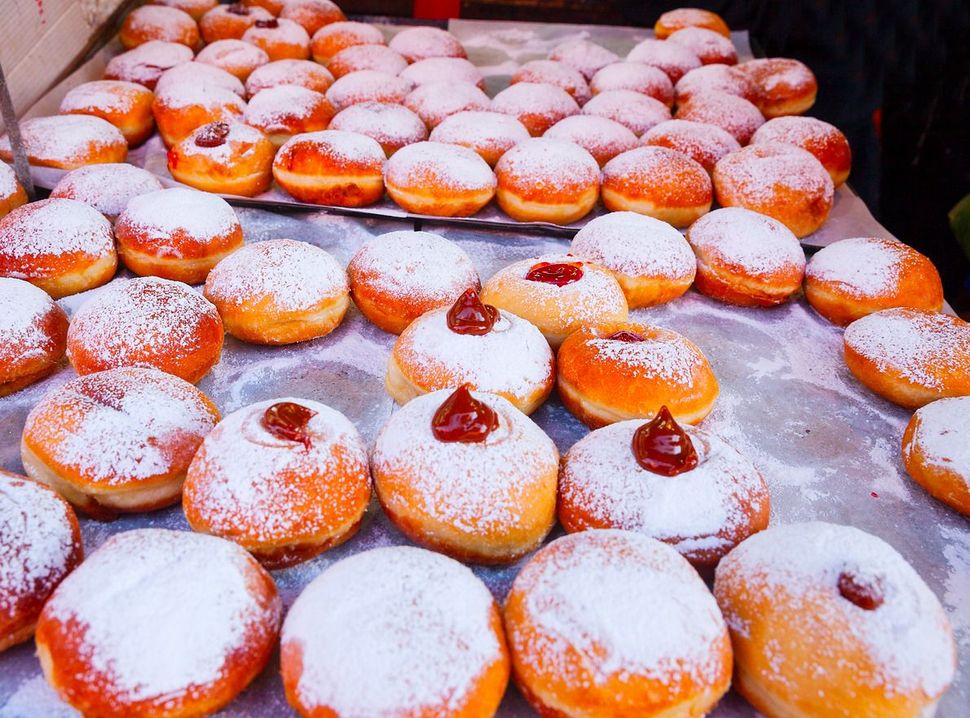 Sufganiyot waiting to be eaten. Image by iStock

Hanukkah — the one time when we can eat everything deep fried and smothered in oil with absolutely zero guilt, because we’re literally commanded to do it.

But my favorite thing about Hanukkah’s indulgent standbys — from latkes to sufaniyot to gelt — is that they’re so simple and timeless, they just beg for creative variations. And every year, the denizens of the Jewish food world deliver them, in the form of unexpected vegetables, cross-cultural adaptations, and sneaky hacks to get Hanukkah meals on the table without going crazy in the process. This year, we’ve asked eight Jewish chefs and food bloggers to share their favorite take on Hanukkah’s traditions. Pick one (or more than one!) to add to your stable below. 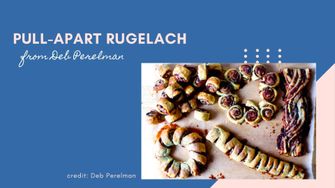 Ah, rugelach: labor-intensive and tricky to make at home, but never quite satisfying from the bakery. Worry no longer. Deb Perelman — the self-taught cook and voice behind pioneering food blog Smitten Kitchen — cracked Judaism’s toughest cookie with this streamlined, simplified rugelach recipe. “Bummed that my favorite cookie was so tedious to make, I set out to simplify the process, succeeded wildly and ended up creating our easy favorite holiday thing,” she says. If you want to look like a balabusta without sweating over the stove all day, this is the one for you. 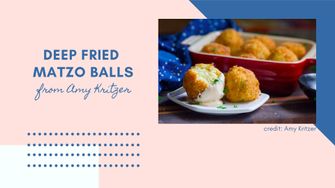 Amy Kritzer, known for her blog What Jew Wanna Eat and colorful takes on Jewish traditions, says that these deep-fried matzo balls are “a must-have at my Hanukkah parties.” Other creative options from her blog include kimchi quesadilla latkes and savory sufganiyot “that take all your favorite bagel elements and put it in a donut.” 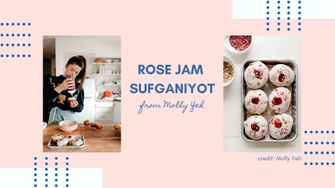 If, like rising Food Network star Molly Yeh, you’re the kind of person who always has floral waters on hand, this is the sufganiyot recipe for you. Flavored with cardamom and orange and topped with raspberry jam, vanilla glaze, and pistachios, these donuts take inspiration from malabi, a Middle Eastern rose custard. Yeh, who lives on a sugar-beet farm in North Dakota, is also a master of the “hotdish,” a Midwestern member of the casserole family, and her Hanukkah hotdish is a wonder to behold, layering crisp latkes over tender brisket. 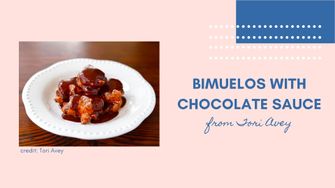 Bimuelos (also known as bunuelos) are a standard Sephardic Hanukkah dish. For food historian Tori Avey, they’re a Hanukkah hack: “much easier to make than sufganiyot, and just as tasty.” She prefers them with chocolate rosewater sauce, but you can also find a recipe for the more traditional orange blossom syrup on her blog. 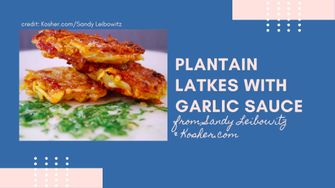 This year, new latke recipes from “Food & Wine” sparked Twitter outrage for including treif ingredients like shrimp and squid. I’m not going to pretend that this doesn’t sound like a mouthwatering combination, but if you want to innovate while sticking to kashrut, try these plantain latkes from Sandy Leibowitz at Kosher.com. Parve, vegan, and gluten-free, it’s a great dish to try if you’re accommodating many dietary restrictions. Kosher.com has rolled out a whole stable of new Hanukkah recipes this year, from baked apple donuts for when you can no longer stand the sight of a frying pan, to a recipe for aruk (an Iraqi Jewish analogue to the latke using mashed potatoes) courtesy of Israeli master chef Einat Admony. Editor-in-Chief Chanie Nayman recommends these stained glass cookies. Stuck at home during a snow day without ingredients, she substituted mints for the colorful candies at the center, and it was a roaring success. “Now my kids don’t want their Hanukkah cookies any other way,” she said. 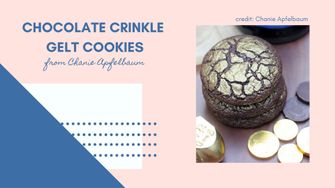 “I prefer to leave the heavy frying to the bakery,” says Chanie Apfelbaum, who brings kosher cooking to millennials with her blog Busy in Brooklyn. If you’re not thrilled about the prospect of standing over the stove all evening, ditch the sufganiyot and consider these elegant chocolate cookies, topped with gold spray to make them look like gelt. For an even more indulgent night, try her poutine latkes, which in the chef’s own words, “can only be described as latkes on steroids.” 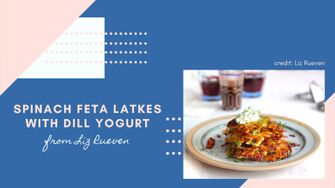 Liz Rueven, the brains behind food blog Kosher Like Me, cooked up these Greek-inflected latkes to commemorate Biblical heroine Judith, who killed the Greek general Holofernes after lulling him to sleep with wine and cheese (a tale that might make you think twice about overindulging at holiday cheese platters!). Replace sour cream with dill yogurt for maximum Mediterranean flair. 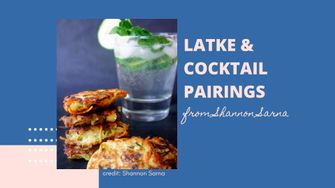 When the kids go to bed, the latke-cocktail combinations come out to play. Shannon Sarna, editor of The Nosher, whipped up these innovative pairings, from zucchini latkes with gin and tonics to yucca latkes and margaritas. Her favorites? The beet and carrot latkes, which she finds are “a little unexpected and have a really nice sweetness to them.” Pair them with a rosemary vodka punch. Whether you’re looking to wow guests at a dinner party or wind down after another night of wrapping presents, there’s something for you here.

Irene Katz Connelly is an intern at the Forward. You can contact her at connelly@gmail.com.