Yaniv Cohen, 37, hosts 100 or more people at his home every Friday night. He loves Shabbat, but he also wanted to find love. Image by Courtesy of Yaniv Cohen

Hosting any Shabbat dinner is an achievement. There are guests to be invited. A menu to plan. Food to buy, and cook. A table to set. A house to clean, before and after. And most of this happens over the course of a busy work week.

It’s a lot of work, which means what Yaniv Cohen does every Friday night in Los Angeles is more on the order of a triumph. He hosts about 100 people — sometimes more — some of whom stay the night to go to synagogue with him the next morning. He spends $1,000. He finishes cleaning up at 3 a.m.

“I’m going on overdraft often,” he said. “But it’s worth it. I’m not worried. God will provide.”

Cohen, 37, has been undertaking most of this monumental effort every week since 2016 because he loves the ritual and pleasures of Friday night dinner. But he also had an ulterior motive. He wanted to find a soul mate.

Originally from Haifa, Israel, Cohen immigrated to the United States in 2004 because he wanted to help support his mother, a widow, and thought he would find greater economic opportunity in the U.S. He lived first in Maryland, where he learned about the beauty of Friday night dinner from a friend. Then, he moved around for a while in search of the perfect city to settle in. About eight years ago, he decided to move to Los Angeles, known for its sunny skies year round. There, he built an air duct and carpet-cleaning business, and he has made good on his goal of supporting his mother, but he was lonely.

“I rented a guest house and although I was invited to Friday dinners, I came back to an empty and dark home,” he told the Forward. That was when he decided to buy a house so that he would be able to host guests himself.

When he’d saved enough money for a down payment, Cohen purchased his 2,700 square-foot home in North Hollywood and started inviting guests over. Most of them were complete strangers, but many became regulars.

“At first, I was hesitant to go to Yaniv’s house because I didn’t know anyone there, but Yaniv immediately made me feel welcome and at home,” said Natalie Levy, whose family lives in Israel. “I found a community there and good friends.” 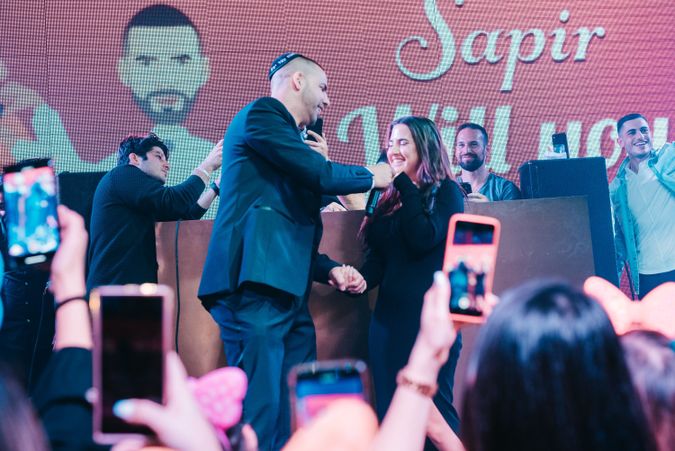 Yaniv Cohen proposed to Sapir Elady at an L.A. nightclub. He found her after four years of hosting tens of thousands of Shabbat guests. Image by Eden Photography

Cohen was bold in his quest for a Jewish community. If he was out and about and heard a hint of Hebrew, he would immediately approach the speaker to extend an invitation to Shabbat dinner.

“I found them everywhere, at the mall, at Costco, at the kosher market,” he said.

He also rounded out the guest list by trying to make sure recently arrived Israelis knew that they had a place at his table. He started advertising on social media, especially Facebook. This turned out to be a very smart move.

Cohen serves as chef, host and cleaning crew, although he does have a friend who helps him make a Shabbat lunch of cholent, the meat stew that’s traditionally made before sundown on Friday and kept warm through the day of rest.

If his guests are traditionally observant, and don’t travel on Shabbat, he invites them to stay for the night on bunk beds or a sofa bed, or in his recreational vehicle.

The next morning, Cohen and his overnight guests get up at 8 a.m. and walk to services at Adat Yeshurun Valley Sephardic Congregation in North Hollywood. Guests who don’t wish to accompany him to services can stay at his home and join him for cholent at around noon.

“I didn’t have anywhere to go on Saturdays until I arrived at Yaniv’s place. I feel like I’d found a family,” said Ruby Meir, a regular guest.

After four years, Cohen was having a great time. He even started having holiday dinners — Rosh Hashannah and Passover, which attract 200 guests — for which he would set up long tables in his backyard. But he still wanted to find a wife, preferably an Israeli like him. He watched others around his dinner tables find love — one couple is getting married in July — and kept searching for himself.

“It’s amazing how many connections were made between total strangers at my place, not only love connections. People found jobs, apartments for rent, playdates for their children,” he said.

And then one Friday evening in September, 2018, Sapir Elady, an Israeli architect whose father lives in L.A., walked through his door. Cohen greeted her like he does all his guests, with a warm hug and a big smile, but deep down he knew: This guest was different. 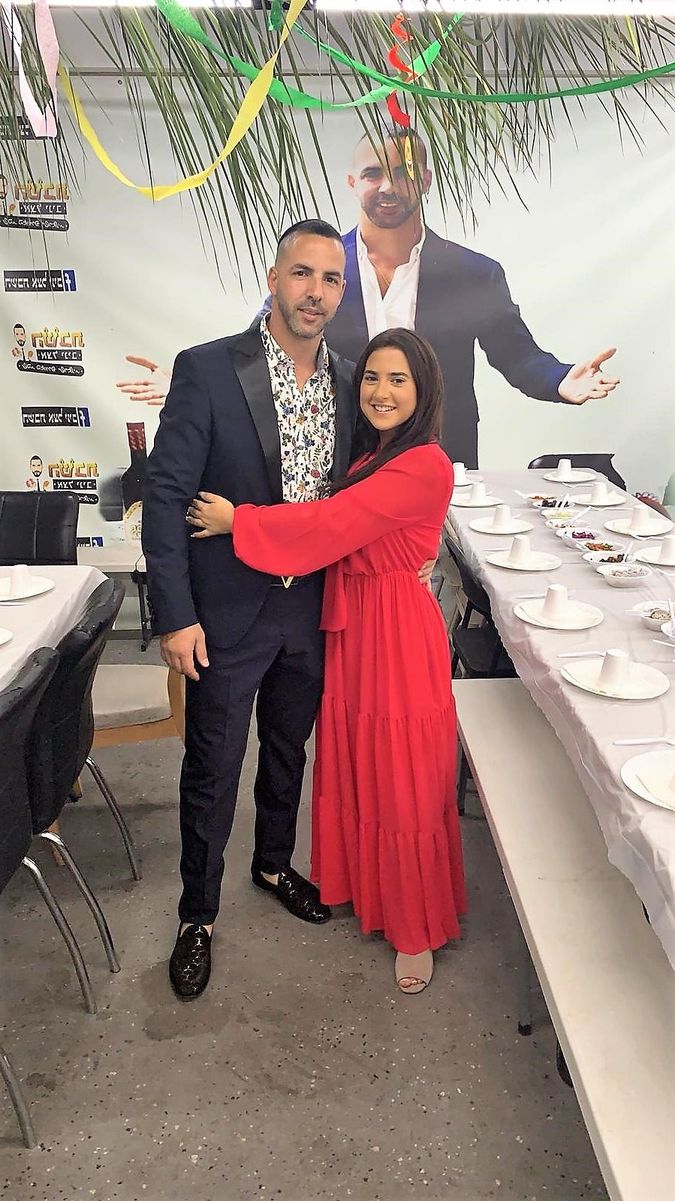 Yaniv Cohen, 37, and Sapir Elady, 26, are Israelis living in L.A. who will marry in front of 500 — at least — of their closest friends. Image by Courtesy of Yaniv Cohen

Elady learned about Cohen and his Shabbat dinners three weeks after she had arrived in L.A., by joining an Israeli Facebook page: “I told my sister who lives here, ‘Let’s go.’”

Elady, 26, was impressed by Cohen’s generosity. After the third dinner, he asked her out on a date.

They dated for a year, and then Cohen proposed at a Hanukkah party at an L.A club. After the lighting of the menorah, he went on stage and called Elady to join him.

Cohen bent down on one knee and asked Sapir to marry him in front of 1,000 people. Dozens of cell phones went up in the air to document the moment.

The wedding will happen on March 26th, and the guest list already includes 500 names — and counting.

Ayala Or-El is Yedioth Ahronoth writer in Los Angeles and the Editor-in-chief of the Israeli magazine We are in America.