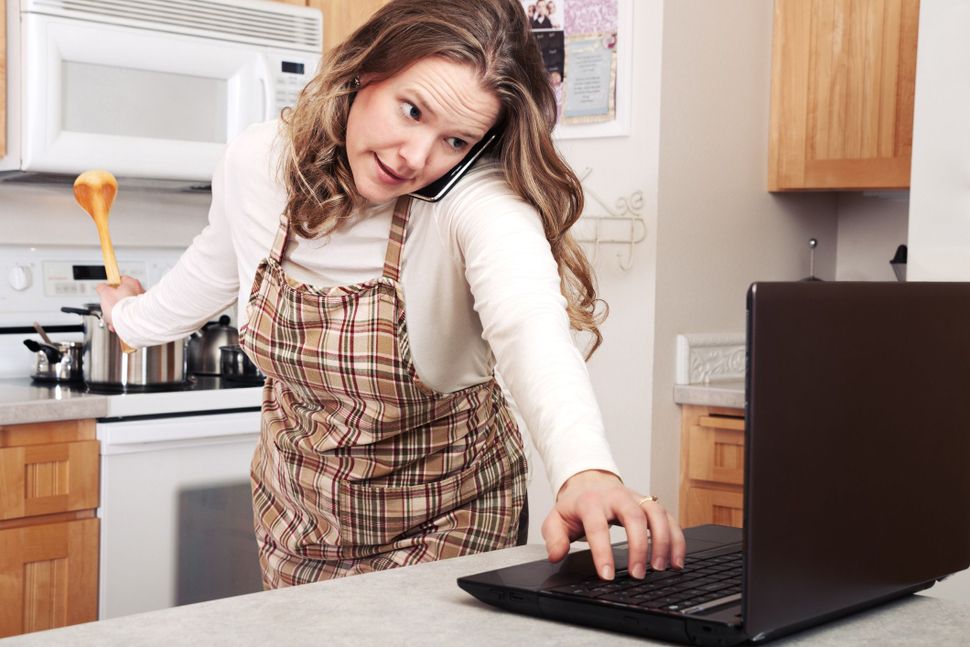 It’s Friday afternoon and Jews across the country are gathering on their phones for the traditional…Twitter Shabbat posting.

Yes, for a brief period every Friday, Jewish Twitter is filled with questions about kugel or brisket, and menus of gefilte fish, roasted chicken and pareve babka.

The tweets are tied together by a single hashtag —#TweetYourShabbat. Started by Carly Pildis, a social activist and a contributing editor at Tablet, in October 2018, it’s become a weekly ritual for many Twitter-savvy Jews. A small but mighty hashtag, it proves surprisingly revealing about how we understand Jewish food today.

I spend most of my time on twitter trying to resist asking serious Jewish writers and thinkers what they are cooking for Shabbat. I just really, really want to know.

When Pildis started tweeting her Shabbat, she felt that #JewishTwitter had become tense and fraught. The humour of “two Jews, three opinions” rapidly disappears when faced with the insults and mud-slinging that pass for dialogue online.“It was one of those days,” Pildis said. “And I thought, ‘I need some levity — I’m just going to tweet about my Shabbat.’” It didn’t take long for others to join.

While not the only Jewish food discussion on Twitter — share a so-called unpopular Jewish food opinion (like “The texture and consistency of kugel grosses me out”), and you’re guaranteed a flood of responses — #TweetYourShabbat manages to skirt those debates (along with politics).

“What I love about it is that there are people who are really acrimonious all week, and then they’re like ‘Do you need a 20-minute dessert? I got you’,” says Pildis. “Even people who’ve been pretty critical of me have tweeted to me: ‘Oh, you’re making chicken — here’s a recipe for you.’”

Pildis is full of anecdotes about heart-warming moments, such as when someone from Chabad offered to find a community member to deliver Shabbat dinner after she’d tweeted that she didn’t know what to cook.

With Jews of all backgrounds taking part, #TweetYourShabbat lets us peek into dozens of kitchens at once, a hodge-podge of menus, cuisines, families, and Jewish affiliations, all united in trying to get dinner on the table and candles lit. As a largely secular Jew, I may never otherwise step into a frum kitchen, but now I can see pictures of cholents bubbling in slow cookers and Shabbat-friendly lunch prep (food that can be reheated or eaten room temperature). I can also see families that live the same messy imperfections as mine: Cluttered prep areas, slightly rundown kitchen cabinets, and generic Pyrex serving dishes. Though the hashtag mostly trends in the US, I’ve been able to follow Shabbat preparations as far away as Edinburgh, and, less surprisingly, Israel.

#tweetyourshabbat was simple tonight: cholent and homemade macaroons. It has been a very, very long week. Comfort food was a must.

Along with the expected Jewish fare, we’re sitting down to everything from Thai green curry to tacos to shepherd’s pie. Cookbook author Joan Nathan has been tracking the eating habits of American Jewry for decades, and she’s excited about what #TweetYourShabbat reveals about our eating habits in 2020. “It doesn’t surprise me, and I think it’s really good,” she says. “When I first started writing about food, people would have chicken soup with matzo balls, chicken schnitzel. Now, anything goes.”

It has been a while since I joined in, however tonight we are having Thai green vegetable curry, jasmine rice – served with warm flatbreads. Apple cake with vanilla cream for dessert. And a wonderful Gavi chilled to perfection. #tweetyourshabbat

Indeed, there’s an “anything goes” levity to the hashtag, with meals that tend to look outwards to the broader American eating landscape. Hence we see spaghetti and meatballs, a broad range of Asian dishes like noodles or sushi takeout, Indian food, and Southern cuisine. They are menus that, but for the hashtag, could appear in many American homes. They also speak to the changing nature of our community, and the many cuisines that now make up the Jewish community: A coconut-braised chicken served with naan, or a Ghanian Shabbat featuring groundnut stew with chicken and rice balls, or the Soviet-Russian diet of shchi, rassolnik, and pelmeni that I often serve my children, is just as authentic as potato kugel.

Excuse me while I set my mouth on fire with these spicy cumin lamb hand pulled noodles. #tweetyourshabbat pic.twitter.com/NA0cX2jZn2

Still, I’m puzzled by the disconnect between our attachment to iconic —- mostly Ashkenazi -— Jewish foods, and what we’re actually serving to mark our Jewish rituals. Our definition of Jewish food, and all the cultural and historical weight that carries, is still evolving, even as our habits and lifestyles have shifted tremendously. (Ironically, the iconic foods we most identify with are just a small slice of Jewish culinary history, as evident by the heft of our foundational Jewish cookbooks and work of organizations such as the Gefilteria.)

But beyond expanding what is an “authentic” Shabbat menu, #TweetYourShabbat has let us change the way we talk about Shabbat prep. It has also removed the compulsion and guilt of creating a weekly gourmet meal from scratch — it offers a breath of fresh air, and a sense of camaraderie, to many of us who find it stressful.

Some of you cook the most elaborate meals for Shabbat!! Me? Kosher Honey Nut Cheerios right out of the box. #tweetyourshabbat

After all, creating Shabbat dinner is particularly challenging, with expectations to make it both elevated from the week and authentically Jewish. Creating rest—whether for a few hours on Friday night or the 25-hours until Havdalah—requires extreme effort, a burden that still most often falls to women.

I just want to say that with two kids and two parents with more than full time jobs, we have NO IDEA what’s for dinner tonight.

We know there’s going to be challah, but that’s about it.#TweetYourShabbat

As a mother trying to magic up daily dinners, plus Shabbat, I find much-needed honesty and openness in #TweetYourShabbat, without the shaming endemic to Twitter. No one comments if meal aren’t kosher, scolds people for eating sushi while watching a show, or sanctimoniously points out how easy it is to make stock from scratch. The photos aren’t stylized, the lighting is often off, and everything looks blessedly normal. Most participants aren’t food professionals.

Maybe we’re all reassured to see a synagogue professional tweet a “freezer Shabbat” – a menu consisting of broccoli-cheese casserole, pretzel cheese buns, “[w]hatever is in this bag of fruit scraps smoothie,” and “Indian railway omelette…with extra turmeric.” Because this is often our Friday, too. #TweetYourShabbat is a sigh of relief that you too have been known to serve pasta (smoked salmon pasta is a current favorite with my kids), order delivery, or pop open a tub of ice cream for dessert, between the more elaborate multi-course weeks. Or that sometimes, you want to try out your new Indian Instant Pot cookbook instead of matzo ball soup.

Our shtetl foremothers who bequeathed us the briskets and cholents and gefiltes didn’t rush home from the office at 5pm to make Shabbat. As a full-time working mother, seeing other women (and men) figuring out how to get a Shabbat meal on the table, occasionally cutting corners but still making it feel like Shabbat, can be extraordinarily liberating. Frank discussions about fitting Shabbat into a weekly routine is a piece that’s sorely missing from Jewish cookbooks and overly filtered Instagram feeds.

The hashtag has re-created the age-old experience of cooking Shabbat in a communal oven, for a digital world: I know that there’s someone in DC or Miami or Brooklyn standing by to answer questions and commiserate over scheduling challenges. That neighborly sense is enhanced by the details people include in their tweets – the asides about which family member cooked what, who’s been sick this week, and how much freezer-rummaging was involved. Responses to apologetic “our week was overwhelming” menus tend to be sympathetic and reassuring — it’s okay, they say, “We’ve had a lot of chicken nuggets and avocado Shabbats” too.

I appreciate the permission #TweetYourShabbat gives to not only explore other cuisines — but to take it easy sometimes, too. It’s a reflection of our reality at the start of a new decade; it speaks to our broader culinary influences, but perhaps even more importantly, it speaks to our work lives and our household dynamics.

It’s a reminder that Jewish identity is not set in stone, or fixed to any one time or place. That the story of Jewish food preparation is still being written and rewritten—and tweeted.

Lea Zeltserman is a Toronto-based writer who focuses on SovietRussian-Jewish culture, food, and immigration. She also publishes the Soviet Samovar, a monthly Russian-Jewish newsletter. Find her online at leazeltserman.com or on Twitter at @zeltserman.