Praying in the face of coronavirus— via conference call 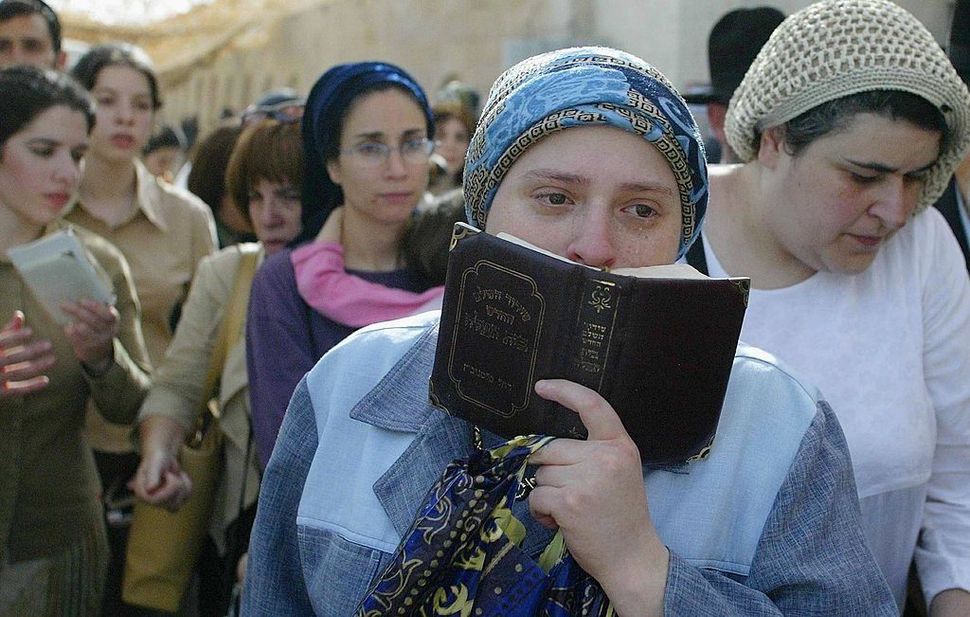 On the Fast of Esther, thousands of Orthodox Jews joined in communal prayer — in arranged simultaneous times to pray, or by conference calls. At 9:30am EST, several Haredi organizations called for a worldwide Psalm recitation, in response to Agudath Israel’s call to prayer; at 12:30pm EST, the Orthodox Union organized a conference call for constituents to join in prayer, from afar. 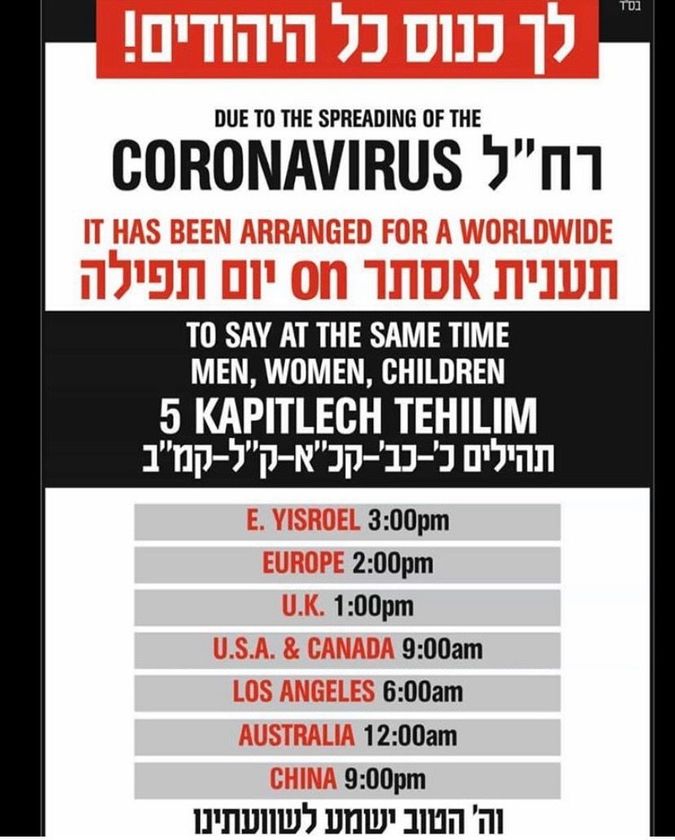 It was a modern answer to an age-old problem: A disease outbreak.

“We join together in tefillah on the fast of Esther,” said Rabbi Moshe Hauer, incoming CEO of the Orthodox Union. “We hope and pray that through our prayers – this difficulty will pass.”

Hauer led the recitation of Psalms 20, 121 and 130 out of the Yeshiva University Los Angeles High School.

Hauer read the verses one by one, pausing for the over 2,000 callers to repeat after him, on mute. Each of us, sitting alone on our couches or in our cars, feeling simultaneously distant and close. It was a strange sort of prayer, the primeval and technological colliding.

“Our prayers should be pleasing to God – and the difficulties should be relieved, those not well should be granted a complete and speedy recovery. That the spread of this flu should be contained, and that the instability that we hear and read about, the fear that this disease has generated, should dissipate and not materialize. May we experience salvations of all kinds, as we did ‘in those days’, just as we did in the days of Purim.”

After the prayers, Rabbi Reuven Fink of Young Israel of New Rochelle, who himself is battling the virus, offered an audio message from his quarantined home:

“Haman’s entire plot was based upon the division of the Jewish people,” Fink said. “The terrible calamity hanging over the Jewish people was put aside because they put aside all of their divisions…and they came together. That’s a lesson for today.”

He went on: “Many of us who are in quarantine, and sitting in choshech v’tzel maves [darkness and the shadow of death], and we’re not able to engage in society. We’re sitting here and contemplating, and the time comes when we will merge again into society, we’re going to have an appreciation. Because so many people have come forward and offered assistance and cared in a time of need. We will have a new realization, a new awareness, of the value of each and every Jew. That’s a message for us here in New Rochelle and the entire Jewish world this Purim.”

The practice of communal prayer, in response to a health crisis, is a timeless one. It starts, perhaps most iconically, in Numbers, when Aaron and Moses stop a plague by burning incense as an atonement sacrifice.

Superstitious Jewish rituals abounded to ward off diseases and defeat outbreaks. In the cholera epidemic of 1785, and during the Great Influenza of 1918 — Black Weddings were performed. When disease struck, amulets were worn, incantations were recited, fast days were instituted.

Maimonides writes that one must “sound trumpets for all troubles that come upon the community”, citing a verse in Numbers. “Every matter that troubles you,” he writes, “such as famine, a plague, locusts, et cetera – cry out about them, and sound the trumpets.” The 12th-century scholar explains that this is done as repentance — to publicly declare the sins that caused this problem, and should be done alongside prayer and fasting “until they are granted mercy from the Heavens.”

And in the liturgy we recite, the fear of an epidemic hanging over our heads is a recurring theme — in “Avinu Malkeinu”, the prayer recited during the Days of Awe and on fast days, we ask God to “remove the plague from Thy portion,” or in “U’Netaneh Tokef,” those haunting words — “who by earthquake, who by plague.”

In our era, we have grown accustomed to feeling mostly invincible. The mention of a “plague” in ancient Hebrew sounds, well, ancient. An epidemic is something that happens in other ages, or at least, in other continents. Not here, to us, us with our Amazon Prime and our Apple watches.

Then and now, the prospect of a pandemic is a humbling one. These communal prayers, using technology, are likely only the first of a long road ahead. And these anxious moments remind us of our smallness, our fragility in the face of the Ineffable — and the fact that, in the words of Solomon, indeed nothing is new under the sun.

Praying in the face of coronavirus— via conference call