Should we shut down the shuls? It’s time for our rabbis to speak up. 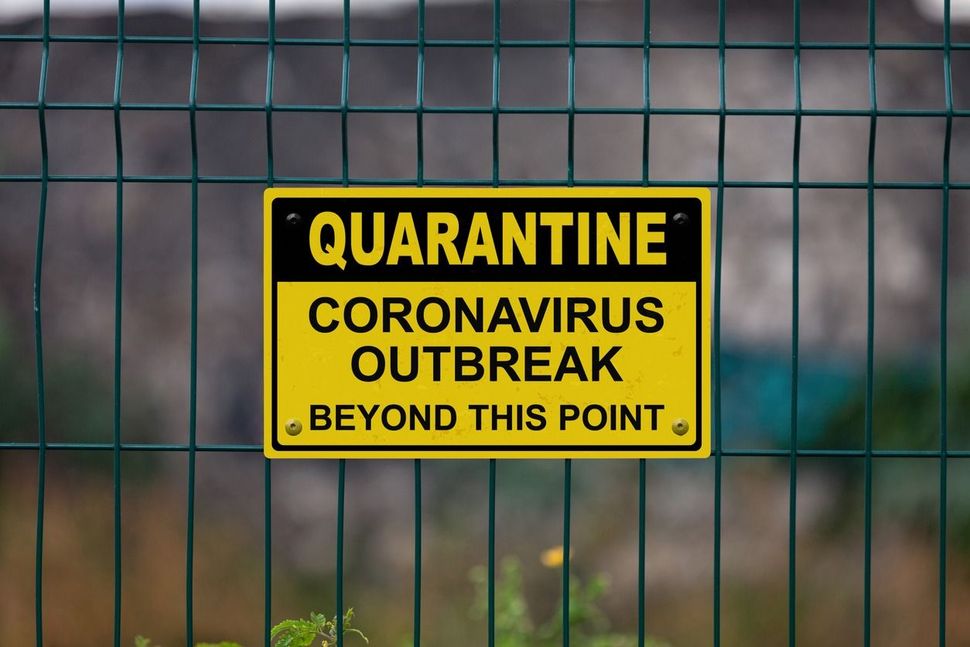 Who is wise? One who sees what is yet to unfold. (Tamid 32a)

Pandemics have an exponential growth rate, which means that early indications don’t seem too bad, and then everything spirals out of control, all at once. Given this reality, you need insightful, forward-thinking people to infer what the future might look like, drawing upon scientific models and parallel scenarios, and make decisions on that basis.

A lot is at stake in catching the pandemic early and responding properly, in order to slow the spread of the disease. If you only start responding when the danger is obvious, it might already be too late.

Given this reality, it is time for poskim, rabbinic decisor of Jewish law with broad shoulders, to intervene on behalf of the public health of our communities.

In some countries, like in Israel, we’re seeing strong government reactions. But what if the government’s reactions are seen in some way as inadequate, whether due to political biases, different weighting of priorities or otherwise?

Then it’s up to other leaders, religious, institutional and thought leaders, to try to convince people of the correct measures they must take. We’ve seen a great number of universities move to online instruction rather than in-person. More and more, we’re seeing information-based recommendations for people to minimize their public activities, with the goal of slowing the spread of the disease so it doesn’t overwhelm our health care system. Judaism gives great weight to the value of human life. The Torah’s principle of “And one shall live by [these laws] and not die by them” asserts that Judaism is a religion of life, and when one’s life is at risk, or even might potentially be at risk, one should violate Jewish law (for any commandment other than murder, idolatry, and sexually immoral behavior). This is equally true for the lives of elderly and sick, even those who might be seen as having a “lower quality of life” or fewer years remaining on their actuarial charts.

The story is told that one year, in the face of a cholera epidemic, the great Rabbi Yisrael Salanter announced to his congregation that people should break their fast on Yom Kippur, and may have even made a public Kiddush himself Yom Kippur morning.

Rabbi Hayyim Soloveitchik, the famed Talmudist, ruled that the minor fasts (all fasts other than Yom Kippur and Tisha Ba’av) no longer apply given health risks – he explained that he wasn’t being lenient about those fast days, but rather was stringent about protecting human life. These great authorities saw fit to publicize their position because, for many communities, halakhic authorities are the ones with the wisdom, responsibility, and authority to make decisions that will be followed.

At this point, the World Health Organization has declared the coronavirus a pandemic. Although the numbers are still low in the United States, the rates of cases is going up in exponential fashion, and soon will pose a real challenge to public health. Descriptions of what is happening in parts of Italy are harrowing, as is the prospect that we will be in a similar situation in a manner of weeks.

Which is why it’s essential that rabbinic decisors step in, before it’s too late.

This is not an easy case where a sick person needs to skip a fast day or violate Shabbat to survive – we are talking about a more complicated set of concerns, protecting vulnerable people who won’t be sick yet, but will be if prudent actions are not taken. That might include limiting the size of minyan quorums, prohibiting people of a certain age or health bracket from attending synagogue, encouraging people to avoid crowds – not just as a matter of prudence, but as a matter of Jewish law.

In an extreme scenario, it might mean canceling Shul altogether as long as the virus is spreading so widely, a measure [just taken](https://www.facebook.com/photo.php?fbid=1260601160798288&set=a.281862595338821&type=3&theater collectively by the Rabbinical Council of Bergen County, representing numerous Orthodox synagogues.

Now, one might wonder – why not simply rely on the government? Wait for the CDC to give its guidance and follow it? There are a few reasons why that may be insufficient.

First, health and policy decision-makers, in deciding whether to impose far-reaching shutdowns, need to weigh factors such as the impact on the economy, on the one hand, and the value of the lives of the elderly, on the other. (Unfortunately, some also weigh reelection prospects or other political considerations.)

Halakhic decisors have an overlapping but distinct set of factors to weigh for making their determinations: If Shul attendance is curtailed unnecessarily, especially as people are going to work or doing all their other business as usual, there may be an impact on people’s religious observance, both short and long term. And, many posit, a time of crisis is precisely the time when it’s most important to pray.

On the other hand, there is the paramount value of protecting human life. Additionally, decisors also might weigh the same factors differently than the government, maybe giving more weight to the lives of the elderly than a number-cruncher.

Furthermore, the scenario that presents itself is different for the Orthodox Jewish community – observant Jews tend to congregate much more – between prayer services, Shabbat meals, not to mention Purim and Passover. There is often a lot of interaction between young, healthy people and the elderly within Orthodox family structures, and the risks to the vulnerable older population are therefore all the greater.

Finally, even if the government or CDC does weigh in, many Orthodox Jews might be more likely to listen to poskim than a politician. The reality is such that many halakhic communities look to their rabbis to determine how seriously to treat this situation, to determine whether this is a hoax or a serious public health crisis.

True Torah leaders apply their broad-based judgement, taking into account multiple factors and weighing the proper ruling. They must see into the future, and commit themselves to make the right decision, even if they take a risk or put themselves on the line, with the goal of doing the right thing and saving lives.

Rabbi Shlomo Zuckier is a doctoral candidate at Yale University and a member of Yeshiva University’s Kollel Elyon. The former OU-JLIC Rabbi at Yale, he is the editor of the forthcoming Contemporary Uses and Forms of Hasidut.

Should we shut down the shuls? It’s time for our rabbis to speak up.