How to host a socially distanced, international Passover Seder 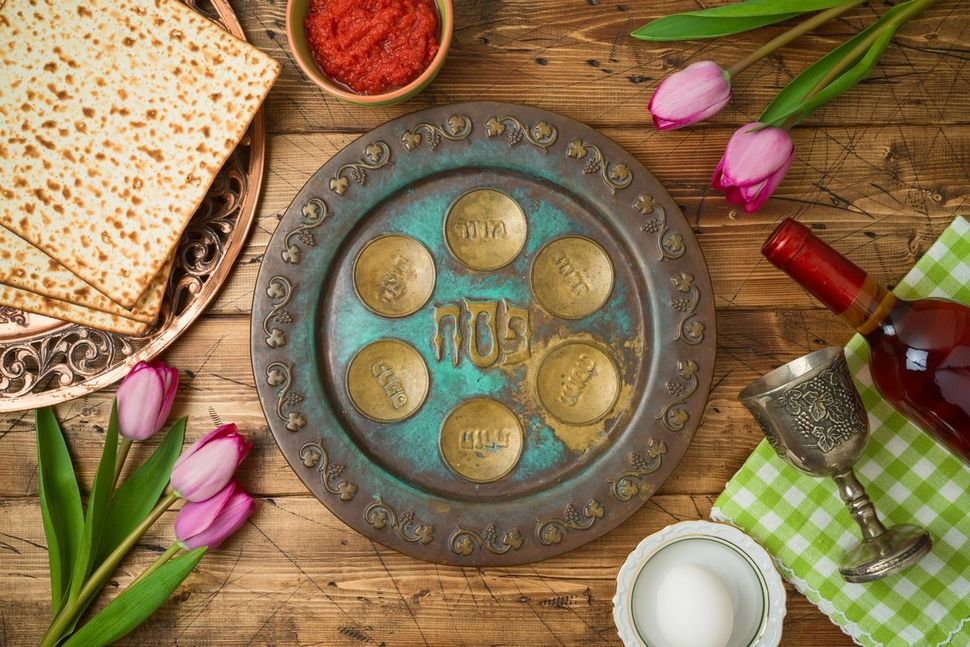 In all other years, the energy of my family’s Passover celebration emanates from sharing the holiday with new guests, including some who have never been to a Seder. But this year, our “socially distanced” seder will be limited to our immediate family. I know that if we sang the same songs and did the same rituals we do year after year, we’d probably end early and go to bed depressed.

To avoid this, I am planning an international seder, incorporating songs, phrases, foods, and traditions from Jewish communities around the world — in an attempt to connect, at least symbolically, with the millions of Jews celebrating isolated Sedarim this year worldwide. The Jewish Language Project, an initiative of Hebrew Union College that I started in January, has made this easy for anyone by compiling a free downloadable Haggadah supplement, accompanied by videos, images, and explanations on the Jewish Languages website.

Whether you are limiting your Seder to your immediate family, or joining others via Zoom or Skype, the materials on the website will enable you to sing the Four Questions in Yiddish, Ha Lachma Anya in Ladino (Judeo-Spanish), ‘Who Knows One’ in Judeo-Arabic, and ‘Chad Gadya’ in Bukharian (Judeo-Tajik), to give just a few examples.

Most Jews in America today have heard of Yiddish, and many have heard of Ladino. But few are aware of the vast linguistic diversity of the Jewish people – from Judeo-Greek in Greece to Jewish Malayalam in Southern India, from Judeo-Median in Iran to Judeo-Arabic in Morocco, Syria, and Yemen.

While Yiddish is thriving in Hasidic communities, most of these other long-standing Jewish languages are endangered. One of our goals in compiling the Haggadah supplement is to raise awareness about these languages before their last speakers fade away — and this year’s odd Passover experience may offer a unique opportunity to celebrate those traditions.

Even in its “Hebrew” form, the Passover Haggadah hints at the multilingual history of the Jewish people. While most of the text is in Hebrew, some parts are in Judeo-Aramaic – Ha Lachma Anya (This is the bread of affliction) and Chad Gadya (written in 15th-century Europe, not the ancient Middle East where Aramaic was widespread). And the word afikomen comes from Greek, which exerted strong cultural influence when the Seder was first codified.

Around the world, Jews have recited and discussed the Haggadah not only in its original languages but also in their local vernaculars. What Ashkenazim call the Seder Judeo-Greek speakers call chova (duty) and Iraqi Judeo-Arabic speakers fassaḥ. Most communities refer to matzah using a variant of the Hebrew word מצה, but some have different names, like coudolo in Judeo-Provençal (which was spoken in Southern France, until the last speaker died in 1977) and qoqol in Judeo-Tat/Juhuri (still spoken by the “Mountain Jews” of Dagestan and Azerbaijan). 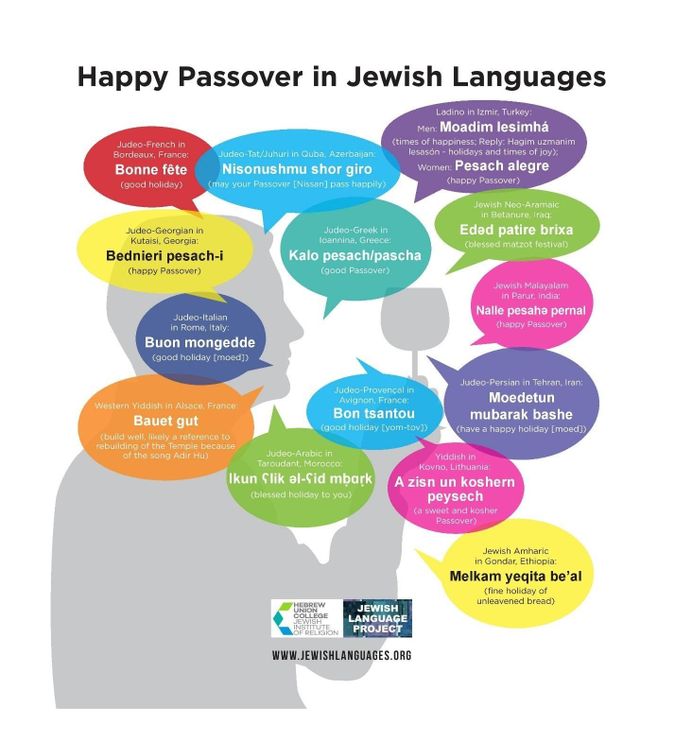 There are many recipes for the sweet mix of fruits and nuts that represents mortar and freedom, and there are also many names for it. European Jews use various pronunciations of charoset, but Jews from the Middle East and North Africa use names like halegh (Judeo-Persian in Iran), ḥəllíq (Jewish Neo-Aramaic in Iraq), and laḥliq (Judeo-Arabic in Libya).

Interestingly, sometimes language can even affect dietary restrictions. Jews in Arabic-speaking lands avoid eating chickpeas on Passover, even though they eat other kitniyot (legumes). One explanation is that hummus (chickpea) and hametz sound similar in Judeo-Arabic. All of this information is featured in the haggadah supplement for you to share with your family this year.

Another aspect of our resource is introductions to the Seder common in various Sephardic and Mizrahi communities. Here’s one in Syrian Judeo-Arabic, demonstrated and explained by Asher Shasho Levy and Chloe Pourmorady:

Jews who use electronics on holidays can share these videos and images during the seder. If they’re joining with others through Zoom or another technology, they can share them through screen-sharing, or they can email links to various parts of the website. Jews who observe the holiday in a more traditional way can print or learn these materials in advance.

Bashana haba’a – next year – may we all break bread (unleavened, of course) in the company of family and friends. But in the meantime, we can connect symbolically with Jews around the world by incorporating some “old and fresh” international traditions into our Passover seders.

Sarah Bunin Benor is a Professor of Contemporary Jewish Studies and Linguistics at Hebrew Union College – Jewish Institute of Religion in Los Angeles and director of the HUC-JIR Jewish Language Project.

How to host a socially distanced, international Passover Seder