‘We created beautiful environments in those restaurants. It’s hard to capture that in a paper bag.’ 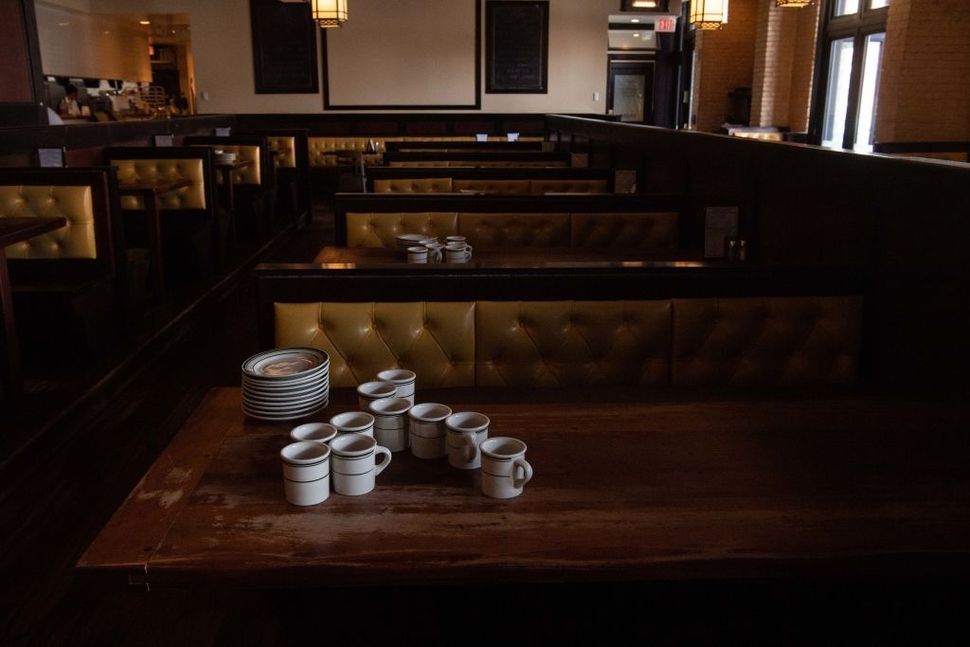 An empty restaurant serving only takeout due to the novel coronavirus, COVID-19, outbreak is seen in Washington, DC, on March 18, 2020. Image by Getty Images

For restaurants and the people behind them, COVID-19 has been a wrecking ball. Along with the material losses and wrenching staff cuts, the emotional toll on restaurateurs and their teams has been brutal.

How are they managing through the crisis? What changes have they instituted to survive?

The Forward spoke to seven Jewish restaurant owners across the country to hear – in their own words – what they’re up against.

You’ve seen them in our pages; even if you’ve never visited, their eateries may seem familiar. In their communities, and to their customers, these establishments are more than places to dine; they’re a connection to our heritage, a place of heimishkeit, a haven, and a celebration of our traditions.

And while we don’t usually advocate for restaurants we cover, these are extraordinary times. You’ll find links below where you can support each eatery by purchasing gift cards or merch; at Mile End Deli, you can also sponsor meal deliveries to some New York City hospital workers. 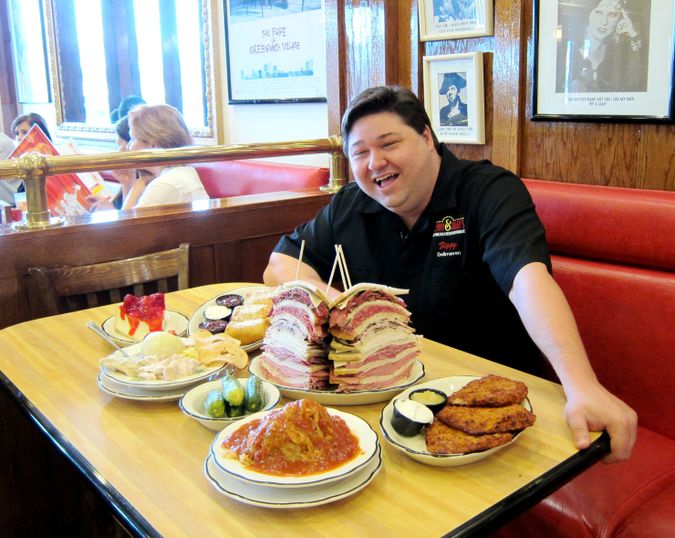 Image by Courtesy of Ziggy Gruber

It’s like someone pulled the rug from under us. We employed 125 people before the crisis; we had to lay many of them off. Both of our stores are operating with a skeleton crew.

But we’re getting creative. Our shipping business, through Goldbelly, has gone through the roof. It’s keeping us alive. We might not be making money, but at least we’re able to pay people and keep the lights on.

We’ve pared our menu tremendously. We’re offering curbside pickup. We have takeout, but walk-ins are few and far between. Food delivery services have helped us too. Our Goldbelly packages are in vacuum-sealed packaging for shipping; we’re now offering locally to freeze and store.

It’s a scary time, with grandparents afraid to have contact with grandchildren. I think we’re going to have a virtual Pesach.
Check out Kenny & Ziggy’s gift cards here. 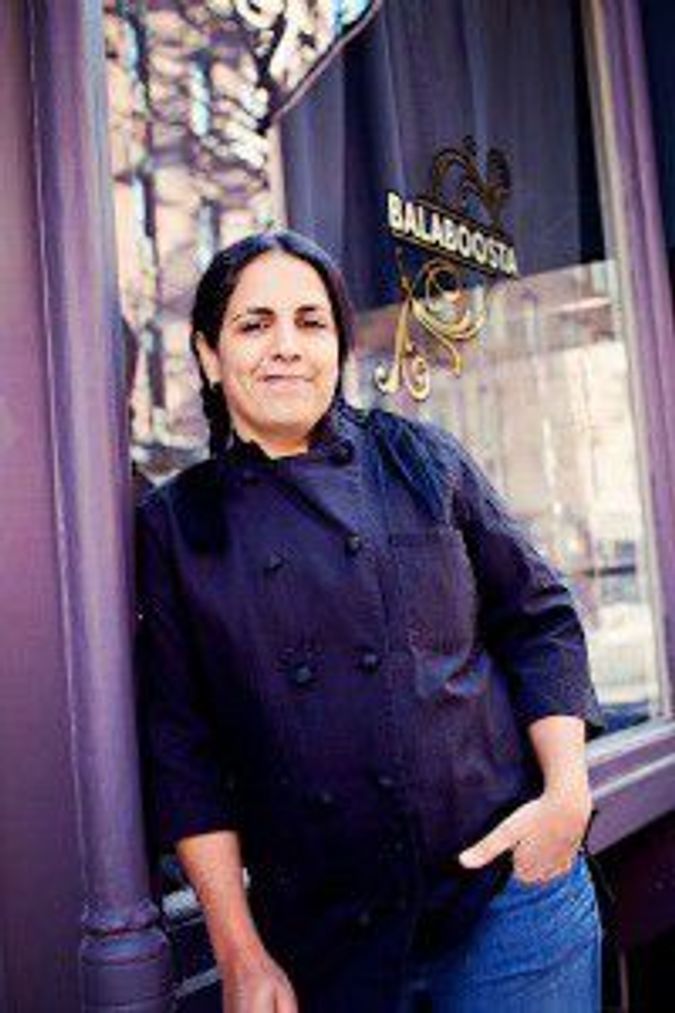 Here’s what will happen: Anyone who struggled before, without at least a month of cash in the bank, is going to drop very fast, and they won’t come back. Big companies have the cushion to make it. People should support local, support mom-and-pops.

Over 200 people worked for me between Taim and Balaboosta. We had to let many of them go. I had to write them a letter. It’s super-tough. The biggest challenge is for immigrant employees. Most New York City restaurant jobs are occupied by immigrants. I’m an immigrant. I know what it’s like to feel insecure. They’re getting no relief from the government. They’re standing alone.

Taim is continuing with delivery. But delivery cannot even break even for now. We’re still paying our management and supervisors at Taim, and our manager and chef at Balaboosta. We want to keep doing it. But it’s not sustainable. We’re paying the same rent, the same insurance. Balaboosta can hold another month or two, but not longer. 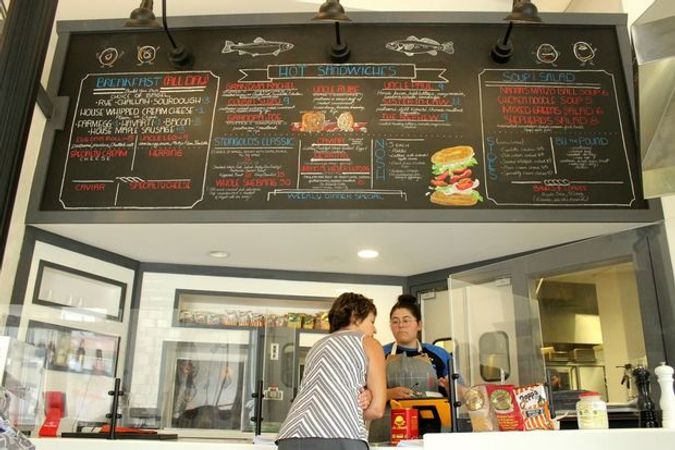 You know that scene in Indiana Jones where he’s running from the giant boulder? That’s what running my restaurant feels like right now.

We have had to lay off all of our part-time staff, which made up 70% or so of our team.

Delivery and takeout typically make up about 25% of our revenue. Now it makes up 100%. Overall business is down 50% . The biggest problem is that with all of the revenue skewing to third party services, the commissions they take make the business unprofitable. We haven’t edited our menu so far.

We have not shipped due to a lack of space in our tiny kitchen. Alas, I have reached out to Goldbelly to launch an account. 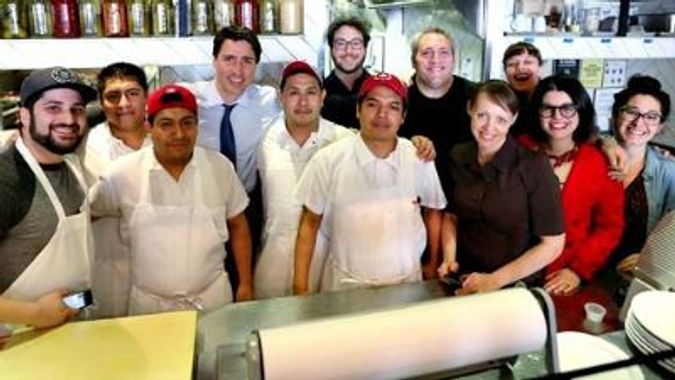 I have a number of employees who’ve been with me forever, including through the hardships of Hurricane Sandy. I want to be able to keep people employed who want to be working. We also provide a service to our neighborhood in downtown Brooklyn – people can use our kind of comfort food right now. Jewish deli helps people feel more at ease.

We’re rolling out a simplified menu. We got rid of our more frivolous ingredients — avocado, for example, has skyrocketed, and we’re not using it enough. Instead of French toast sandwiches using Pullman-style challah, the most expensive and least-used bread, we’re offering chicken salad and pumpernickel. Our breakfast business has dropped dramatically, so we’re carrying fewer bagels, and fewer types.

We’re rolling out packages, like two pounds of smoked meat and quarts of pickles. We’re thinking of including a roll of toilet paper as a joke. (I actually tried to get case of toilet paper from one of my suppliers for my staff. It wasn’t available.)

Since we’re limited to takeout and delivery, some of my servers stayed on as counter-staff. Some dishwashers and cooks became delivery guys. They’re all learning the point-of-sale system. You can’t have any idle time now. The team is also pooling all tips now. Yesterday, my employees made about $22/hour with tips. So that’s a positive disrupter.

Mile End Deli is delivering donated meals to hospital workers in Brooklyn and Manhattan. You can sponsor an unlimited number of meals for $10 each. 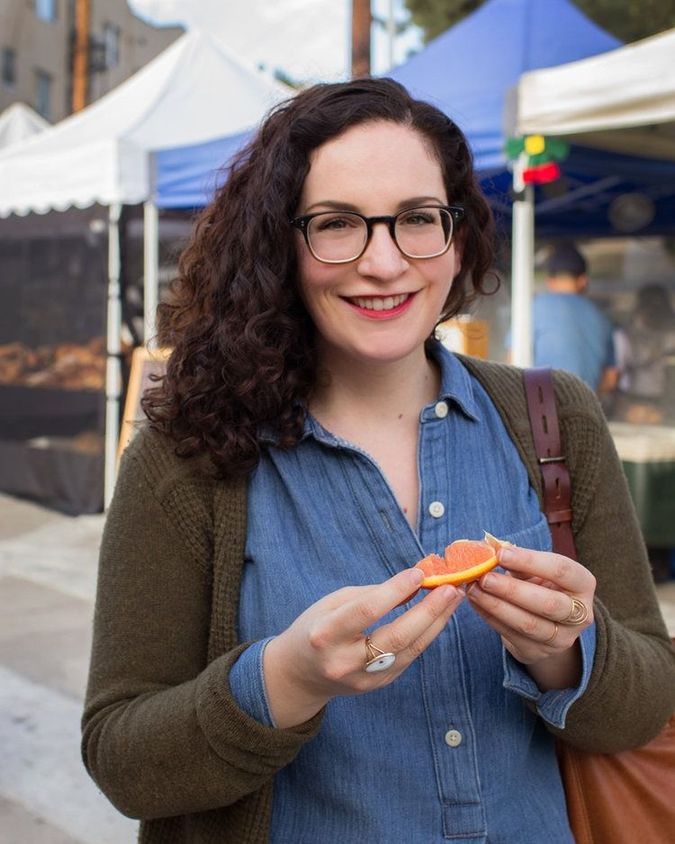 You have to understand we’re a 6-month-old business that just came out of a slow winter. We were just getting our footing. We had to figure out how to weather this storm, fast.

On Sunday, my chef de cuisine and I met. We had to tell the whole staff that we didn’t know how long this would last. I talked to them one-on-one. I had to tell them to prepare to file for unemployment. We don’t have the coffers to pay people. That was heartbreaking for me. We’re also dealing with thousands of dollars of lost product. We distributed some of it to the staff.

We decided on curbside pickup and delivery as the most responsible way forward. It’s a whole new business model – new menu, new systems. I have no staff. I have to reinvent the wheel. And we’re exhausted.

Today, at least, we’re well enough. We had some beautiful produce, and used it to make soups – chicken noodle and vegan spring vegetable. They’re the safest option. I’m happy we can feed our community.

The most important thing people can do for us is call on elected officials to give relief to restaurants and their employees. We don’t have lobbyists that airlines and cruise companies have. We’re a vital part of society, but a vulnerable part of society. Now we’re facing fixed bills we have no relief from. 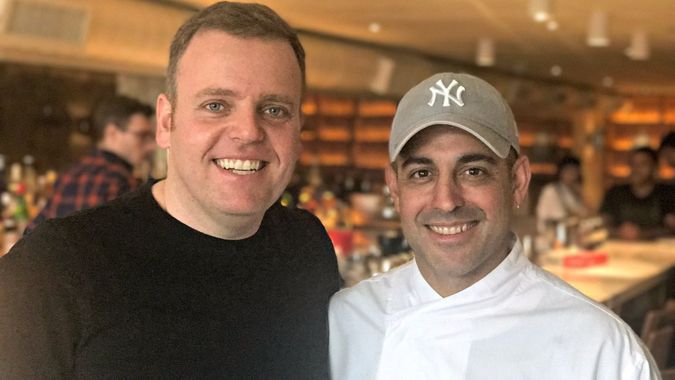 For me personally, it’s all about two missions now: To keep as many people on our team together, and to serve our community. All discussions of growth and opportunity have stopped. I know each and every one of our employees personally. I know about their lives and their families. Toward that, we’ve ramped up delivery operations at Breads. We’re doing everything we can to get people challah and babka for Shabbat, for example. We are baking thousands of challahs as we do every Friday, and getting them safely into the hands of people eating together tonight. It means we’re schlepping around town. People who were bakers or baristas two weeks ago now delivering challot and babka.

At Lamalo and Nur, we’re figuring it out. Neither offered delivery, since demand for tables was so high. Now, it’s a 180-degree turn. Delivery and takeout are all they’re focused on. And the first takeout from Lamalo went to my home, to make sure the food came out at a level I was proud to serve. Turns out the food travels beautifully.

We created beautiful environments in those restaurants. It’s hard to capture that in a paper bag. But we’re going to do it. We’re still going to make eye contact and smile at you no matter how we’re feeling. We believe this too shall pass. 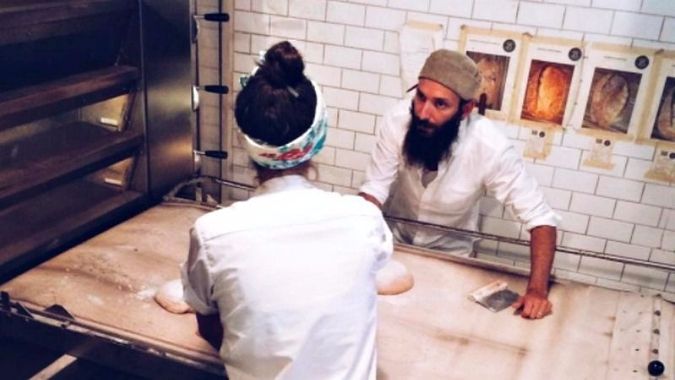 Zak Stern, AKA Zak the Baker, making bread at the bakery. Image by Facebook/Zak the Baker

Check out deliveries from Zak the Baker in selected South Florida neighborhoods. 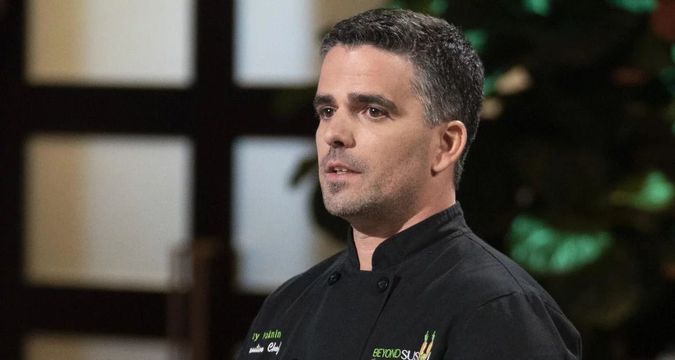 I had to let go of 90 people in one day – that’s 98% percent of my company. I shuttered six locations. I don’t know if I’ll open them all back up. But I do know I’m going to come back from this no matter what. I put ten years of my life into the business. I’m not going to see myself falling over this.

My main commissary kitchen is still operating. I’m here with my head chef – I had to let go of 15 other cooks. Keeping our food kosher hasn’t been an issue. It comes down to the products I use, and the supply chain has remained the same. Right now, I’m writing a new menu. It’s for packaged meals – I come from the catering world. One of my managers is delivering all over the city. She needs to make money to feed her family.

My outlook on all this? Even after the turnaround, with a vaccine, all restaurateurs will have to reassess business models. People won’t go out as much. People are afraid of people now. It’ll affect their habits. They won’t flood restaurants. It’ll be the opposite in my view. But I started this business with one other person years ago, and I’m not afraid of work. I’m going to do whatever I have to do.

‘We created beautiful environments in those restaurants. It’s hard to capture that in a paper bag.’