Thinking about food insecurity in a time of everything insecurity 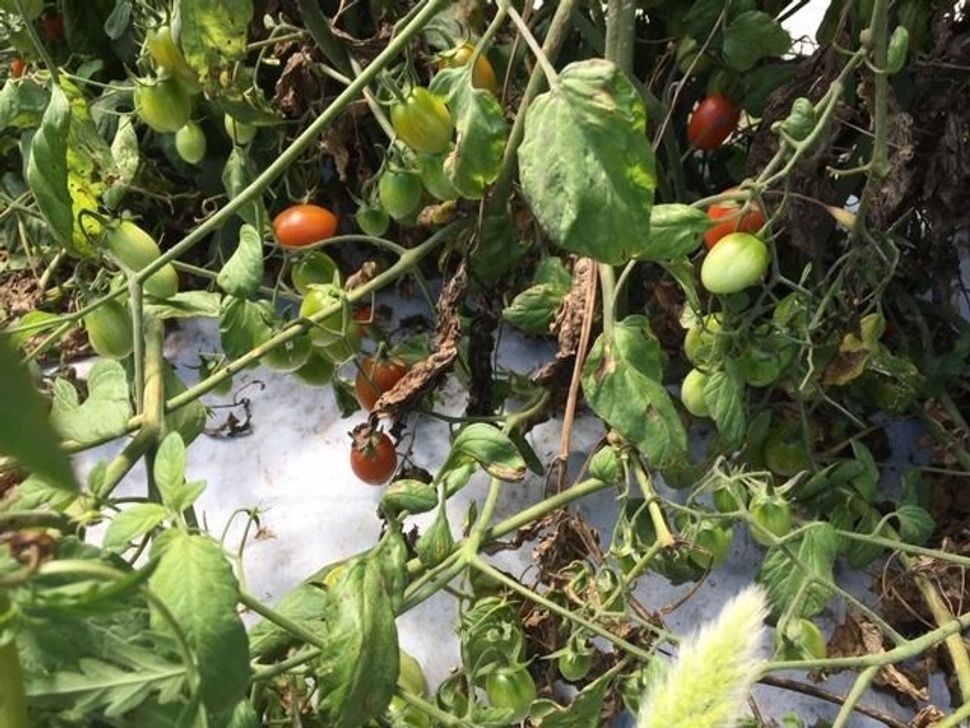 My husband was itching to have an outing. He suggested a nearby farm that offers pick-your-own. After a knee-jerk no, we found three ways to justify it to ourselves (and anyone who might ask).

One, get the kids out of the house, into nature, and away from their screens. Two, help our local farmers by buying their ripe produce rather than letting it rot in Florida’s approaching hot season. Three, gather food the old-fashioned way – to shore up against coronavirus scarcities as going to supermarkets becomes a less and less tolerable risk.

Parenting in the age of coronavirus changes everything. We had visited the farm, called Bedners, multiple times in the past — during pumpkin-picking season it was thronged like a day in Disney World. “Call them first,” I instructed my husband. “Check to see if they’re open and ask if they’re crowded.” When he reported that they are and they aren’t (open and not crowded), we decided to go – after I set a few conditions. 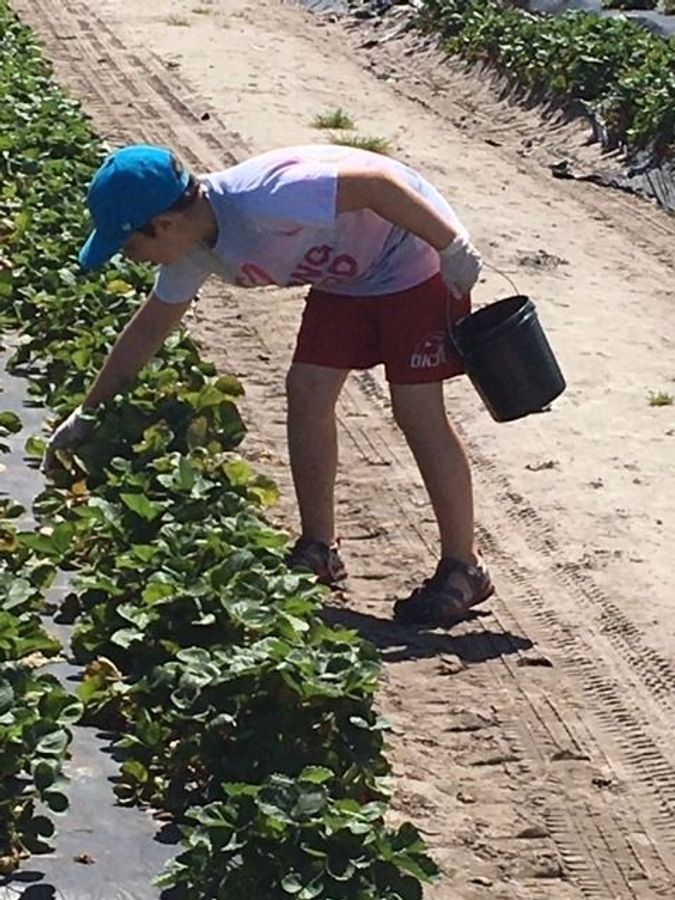 My son, 9, and daughter, 8, agreed to wear gloves, to keep a distance from other pickers, and to comply if I suddenly ordered everyone back in the car.

My children happen to be extroverts who make a new best friend every time they visit a park or a beach. They’ve had a hard time adjusting to no school, no playdates – no, not even the two nice girls who live down the block and are usually in our house every weekend. And when we pulled up to the farm, I saw their faces light up when they spotted another family with four kids in tow.

“Listen! We’re not here to make friends, O.K.?” I said curtly, feeling like Sandra Bullock in “Birdbox,” barking orders at “boy” and “girl.”

“It doesn’t matter if you see other kids, don’t go near them and don’t try to talk to them. If I say it’s too crowded, we turn around and get back in the car. If you don’t wear the gloves or if you take them off before I tell you to, we get back in the car and go home, immediately. Do you understand?”

Everyone fell into line, but I was shocked by my own tone. I have sweet memories of strawberry-picking with my family as a child. Exactly what kind of memories were we creating here? 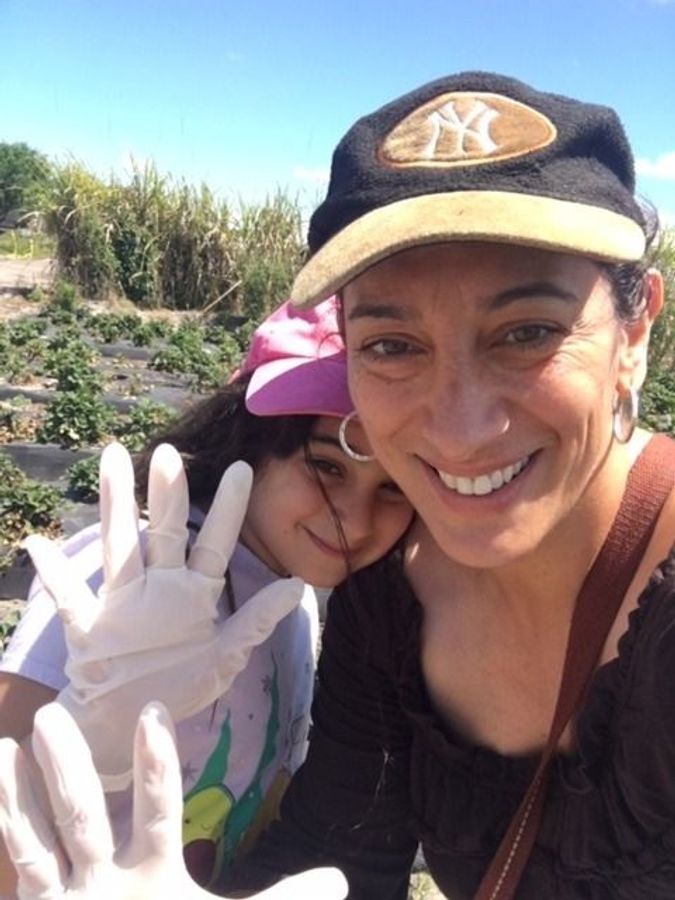 The author and her daughter Image by Courtesy of Ilene Prusher

At the same time, there is a reason my kids haven’t been anywhere in weeks, unless you count a daily neighborhood walk or a bike ride. Kids don’t do social distancing well; they have a habit of close-talking and touching things without realizing it. We’re well aware that our children can pick up the virus and, perhaps more ominously, be vectors and spread it, and that’s why we’ve been doing our part to just stay home.

But everyone needs to eat, right? Do we even have enough food to get us through the next week? Through a month? Longer? Will we find everything we need for Passover, and how will we do it yet avoid the usual 15 shopping trips to various markets in order to get kosher ingredients?

A few days before the farm outing, I’d been rattled by the experience of visiting a local Publix. There were empty shelves in multiple departments, and when I got to the register, the cashier informed me that I couldn’t buy everything I had in my cart.

I was only allowed to buy two of things I hoped to stock up on for the week ahead: two yogurts and two cans of soup, which doesn’t go far in a family of four. I was doubtful that that could be right, as no sign had indicated as such, and wound up arguing with the cashier and demanding to see the manager. By the time I left the store, my heart was pounding in my chest, knowing that I would need to go out shopping again soon.

Let’s face it: I’d just had my first experience with rationing. We’ve all read about it in the history books and in newspaper articles, but few of us have lived it. What if this is just going to get worse, I wondered, and we’re forced to choose between unpleasant and even risky shopping trips versus eating less — and less nutritiously?

In this brave new world, everyone is worried about the health and security of their family. But we Jews carry a particular kind of food insecurity in our DNA. Whether it’s rooted in the Shoah or shtetl life, I don’t think we have to go back too many generations to find immediate ancestors who dealt with real fears of where their next meal was coming from and what it would be.

Even third-generation Holocaust survivors, an Israeli study showed, have a tendency to hoard food and exhibit other behaviors consistent with trauma. In Nathan Englander’s short story, What We Talk About When We Talk About Anne Frank, the writer poignantly names both the food insecurity and the greater social anxiety that we carry with us, making his painfully believable characters — who keep a well-stocked walk-in pantry — wonder if they can really trust the relative comfort of the American Jewish experience. Wonder, in fact, which Christian neighbors would hide them in the event of another Holocaust.

Those anxieties seem an awful long way from the farm we visited Boynton Beach. But somehow, they’re like notes from a soundtrack that play in my head from time to time. As we checked in at a counter to pick up buckets for collecting strawberries and grape tomatoes, we were serenaded by a country music duo playing on a stage in an open field that might normally draw 200 people on a Sunday in season, but now has just a small sprinkling of people. “We’re probably the only place in America right now where you can hear live music,” the guitarist crowed. “We sure appreciate you coming out.”

We headed off into the fields, my son and I making our way toward the tomatoes and my husband with my daughter to find strawberries. When you’re out in the middle of the coronavirus crisis and you’re not even sure whether being out is the right thing, you need to work efficiently. 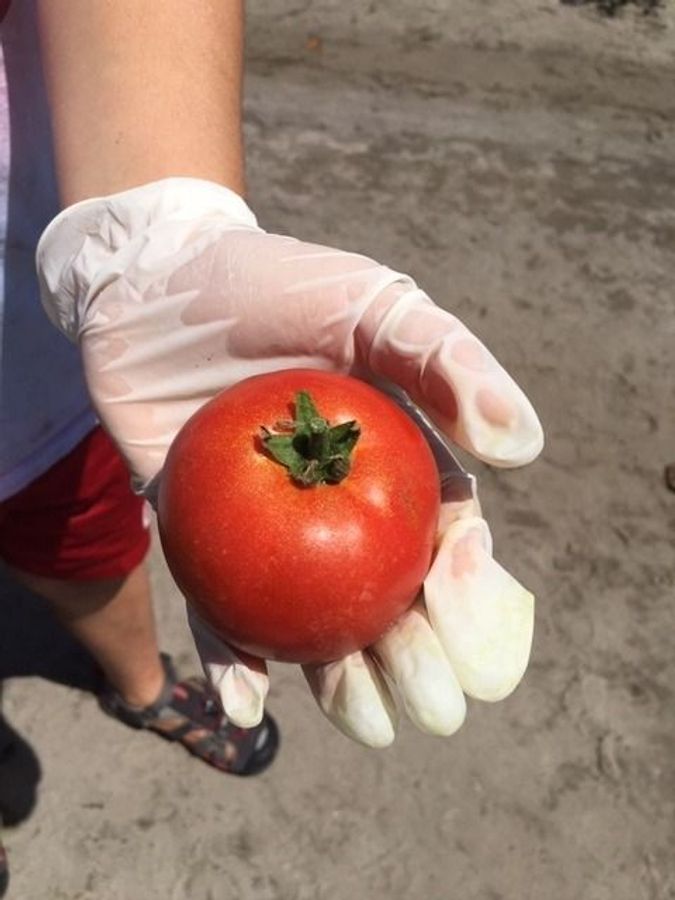 Those tomatoes are like rubies on the vine, and plucking them beneath the big Florida sky turns out to be refreshing and grounding. We can see others, but they’re nowhere near us. Soon our heads are hot and our backs are getting achy from bending and plucking at odd angles.

Who collects the fruit and vegetables when we don’t? Migrant workers, of course. Do they have health insurance? What will happen when they get coronavirus?

We paid up and returned the buckets. My husband, an Israeli, asked if they sanitize the handles — something that never would have occurred to him a month ago.

The little market inside the building beckoned. It couldn’t hurt to duck in and pick out some additional produce, could it? The kids were keen to check it out too, but we didn’t let them, leading to confusion and frustration. “Can’t we just go into the market if we don’t touch anything? But we just got here!”

Overruled. My husband went in to shop, and I announced that the rest of us were going back to the car. I peeled off their gloves and did a vigorous rub down with the Purell waiting in the console.

How did we get here? When did going inside a farmer’s market become a risk not worth taking? When will we get to take a family outing again and not be rushed — not have it tainted by the obvious tension in the air? 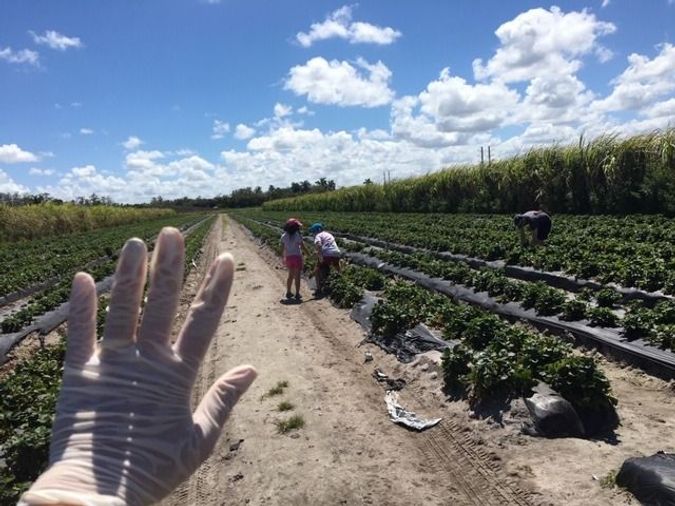 Back home, I was tempted to post pictures of our farm outing, but I didn’t, in large part because I feared the backlash. Would people misread me and think that I’m not taking this seriously? That I think it’s funny to be out picking fruit while people are dying in the city of my birth?

In a parent debrief, we agree: Taking them anywhere is not only inadvisable but stressful, and so we won’t be doing it again soon, unless it’s to bike around the abandoned golf course near our house. We will continue taking turns to go out to buy food, as infrequently as possible, wearing gloves and the masks my husband bought for mowing the lawn during allergy season.

We will further our conversation about planting a “victory garden” in our backyard, and even entertain my husband’s proposal to build a coop and buy two chickens so we’ll have fresh eggs. We will get through this, but I can’t promise that we won’t be changed by it.

Maybe it’s also time to take some inspiration from the Israelites who waited for manna in the desert. A little faith that there will be enough will go a long way.

Ilene Prusher, a journalist in South Florida, is a regular contributor to the Forward and the author of the 2014 novel “Baghdad Fixer.”

Thinking about food insecurity in a time of everything insecurity