Yogi Berra loved my wife’s matzo-ball soup. You should make it for Passover. 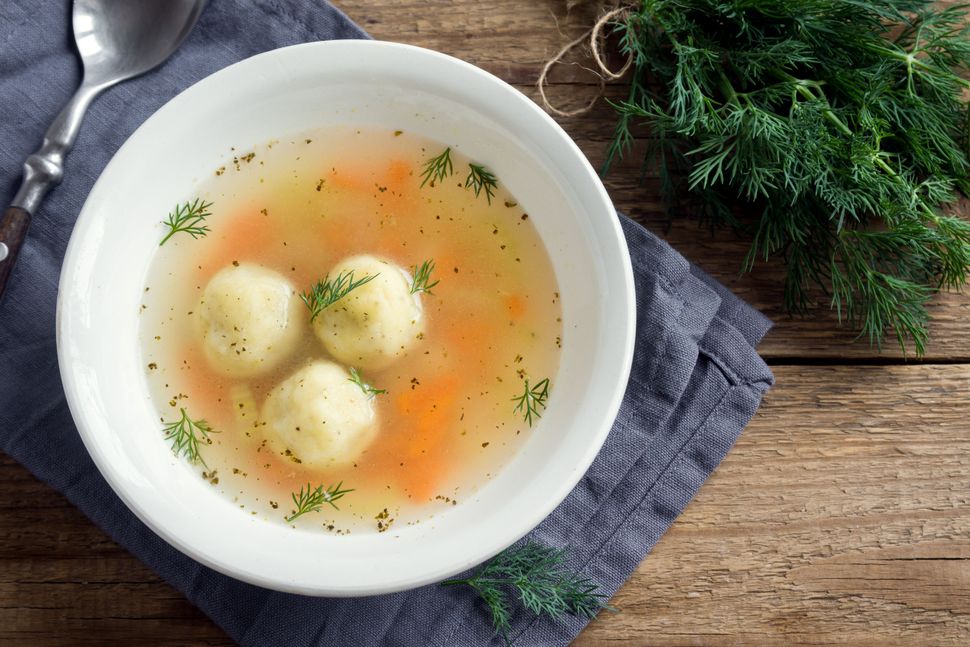 In the early 1980s, I had just moved to New York and first witnessed the mystical quality of what’s ordinarily a Passover staple. It happened at the Second Avenue Deli, a bustling mecca in the pre-gentrified East Village.

Without fail, my buddy Howie would order the ridiculously stuffed pastrami sandwich, a Dr. Brown’s cream soda, and matzo ball soup. The soup always came first, and Howie –- a burly Brooklyn boy not always in the best of health — would take a couple of tastes, close his eyes, nod his head, and point to the bowl. He was cured of whatever ailed him.

Years passed and I didn’t give matzo ball soup much thought. Perhaps it was the sad decline of classic Jewish delidom, where serious noshers could always find their holy grub. Then, a couple years into our marriage, my wife, Naomi, who’s not truly observant, but appreciates the customs of Passover, boldly tried to make matzo ball soup from scratch. 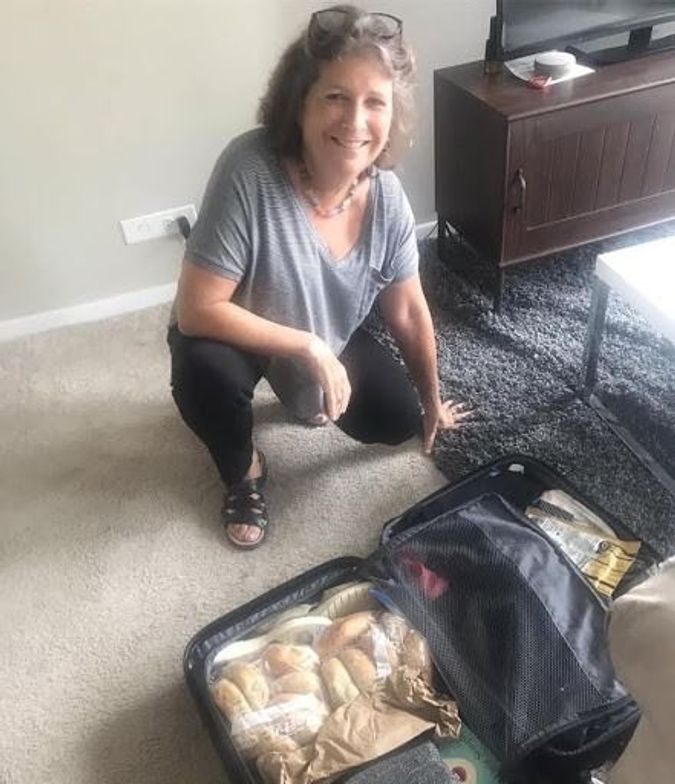 The author’s wife bringing Jersey bagels to her daughter in Chicago. Image by Courtesy of Emily Kaplan

Getting the right texture of the walnut-sized matzo ball – also called a knaidl – is key. It’s rolled from egg, flour and matzo meal, the unleavened flour substitute that makes Passover possible.. The matzo ball is the soup’s focal point, floating in a succulent broth with chopped vegetables; it should be light, spongy and melt in one’s mouth.

Naomi’s first attempt at matzo-ball soup did not reach the Promised Land. She burned the soup. Adding rice was a mistake.

But she worked it out over time. Self-taught, she became a maestro of matzo-ball soup, dishing up the savory course not just at our annual Seders. When we joined a Friday-night potluck dinner group of six families, Naomi’s matzo-ball soup enthralled everyone. One member was so obsessed he hounded Naomi into bringing her specialty to the other homes on the Fridays between our potlucks.

Whenever my three daughters brought home friends and college teammates — some from European countries — they insisted mom serve her matzo-ball soup. It was her melting pot of hospitality. 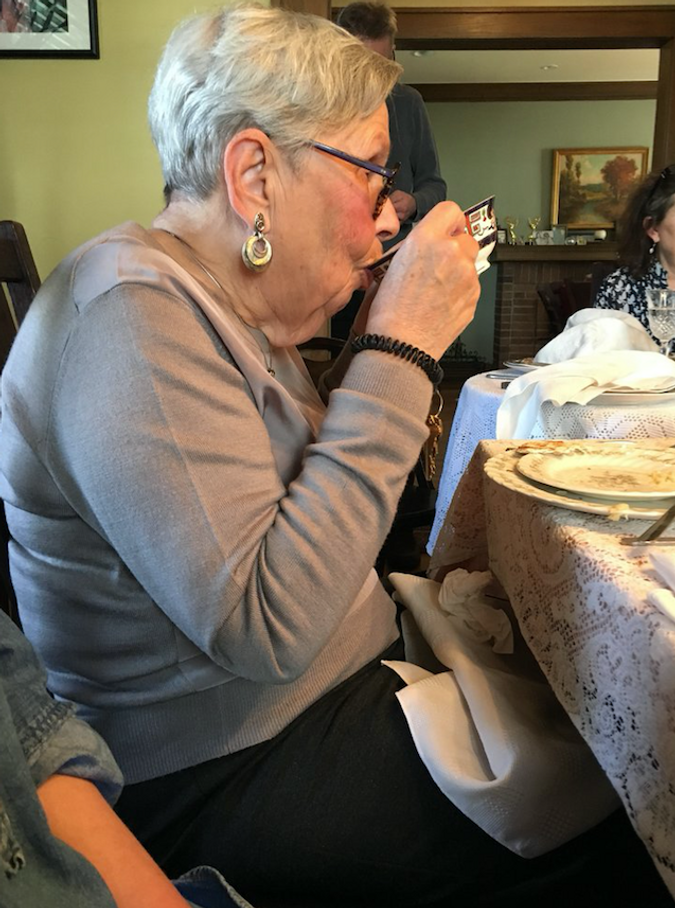 The author’s mother sips the famous soup. Image by Courtesy of Dave Kaplan

Then her soup entered, shall we say, the Hall of Fame. I was working as director of the Yogi Berra Museum & Learning Center, where the namesake baseball icon often joined the staff for lunch. Yogi was a highly active octogenarian, still golfing and regularly attending ballgames, but one afternoon he complained of feeling weak. Beset by a sore throat and fever, he was uncharacteristically miserable.

That night, I asked Naomi to prepare a batch of matzo-ball soup. The next day I heated it up for Yogi, and watched him slowly slurp her signature dish with the anticipation of Mikey’s brothers in the old Life cereal commercial.

Dang, that’s pretty good, he acknowledged. Over the next couple of days, he felt back to his old chipper self. Naomi received an effusive thank you from Yogi’s wife, Carmen. And several months later, when Yogi sensed a cold coming, he asked me, a bit sheepishly: “Do you think your wife can make that whatchamacallit soup?”

Fast forward a decade or so to this era of coronavirus. Naomi works as a learning consultant at a public school, and in the early days of the outbreak, one of her colleagues felt some symptoms and decided to self-quarantine while she waited to get tested.

Naomi had me bring to her house a couple of containers of matzo-ball soup. A day later, her friend texted the great news that her test came back negative. And her fever had subsided.

“It was the matzo-ball soup!” she said.

Do not over mix or over handle the matzo balls. In fact, barely mix them.

Chill the matzo balls in the fridge for no less than 20 minutes and no more than 30 minutes. Timing is key.

When forming the matzo balls, do so briefly, careful not to warm the batter with the warmth of your hands. Just roughly form the balls and place them right in the pot, careful not to splatter the broth.

When making the soup for a crowd, always use the entire chicken since it has more flavor and fat. It’s always best to have extra chicken stock on hand to add to the soup later on.

Dave Kaplan is a former director of the Yogi Berra Museum who teaches media writing and journalism at Montclair State University and Kean University in New Jersey.

Yogi Berra loved my wife’s matzo-ball soup. You should make it for Passover.