What happens when your bar mitzvah is canceled? 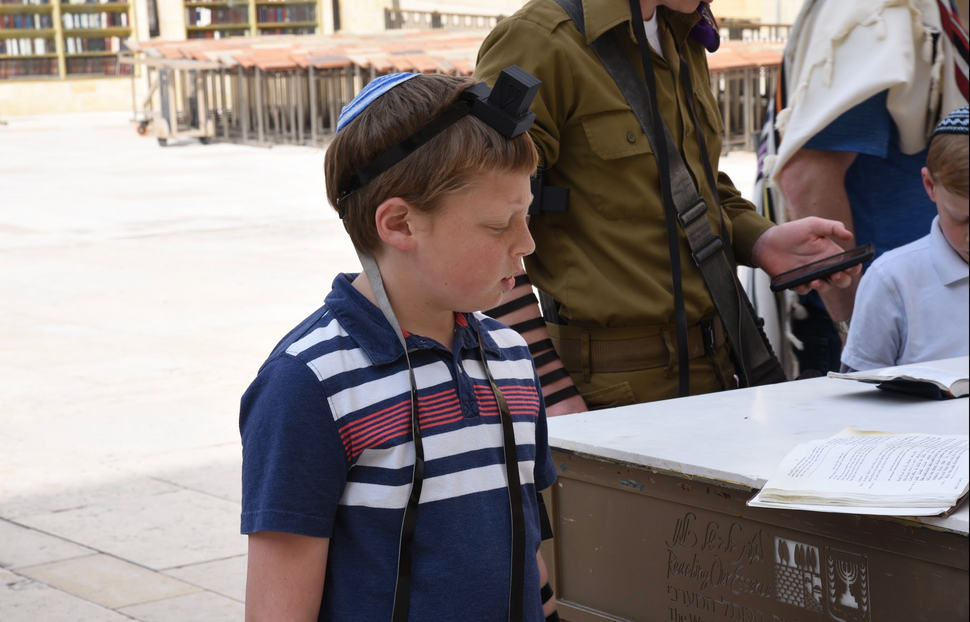 The celebration of a Bar or Bat Mitzvah has always played an extra-special role in my family. My father was unable to celebrate his Bar Mitzvah since he spent his 13th year in Auschwitz. That fact and the family history that comes with it was central in my upbringing, my own Bar Mitzvah, and my decision to make aliyah right after I finished university.

We have raised our four children in a traditional environment, first in Jerusalem and now in Mazkeret Batya, a town of 15,000 people about a half hour’s drive from Tel Aviv. Our two oldest celebrated their comings of age in wonderful joy and happiness with our family from abroad – mine, from the United States, and my wife’s, from England, as well as our friends from all over Israel.

As fate would have it, our third child, Benny, was due to be called to the Torah for the first time on the Shabbat after Pesach. It’s funny, now, to remember how we debated whether to postpone the event to a more convenient time. Besides the fact that caterers might not be ready just two days after the holiday, it seemed an extra hardship and expense on our out-of-town guests to travel during the “high season” here in Israel. We decided to stay true to the anniversary of the Shabbat of his birth, and started making all the arrangements.

Benny has spent the better part of the past nine months learning his parsha, Shemini. My wife has been teaching him the chanting, and about six weeks ago I mentioned to her that “Benny seems to have a knack for this,” suggesting that, “he could probably learn another parsha very quickly.” Never did I imagine that these words might actually become necessity.

As news about the novel coronavirus intensified, my family in America began raising yellow flags that I, for the most part, laughed off as fanciful and ridiculous. Since when does a flu change such a big family event as a Bar Mitzvah? To add to the quagmire, we had been planning to combine the celebration with one for my mom’s 80th birthday on March 15. Beware the Ides of March.

Another week went by and my siblings began explaining to my unwanting-to-hear ears that they might have to cancel their travel. One tried to convince me to live-stream the event. “But we are a traditional synagogue and don’t do that here,” I said. “Turn it on before Shabbat and it will be fine.” “Sorry, we cannot do that.” Another sibling insisted that Mom and Dad should absolutely not travel and risk exposure because of their age; another said that no matter what, she would NOT be cancelling her plans.

Compare those discussions to where we are today, and it seems like ancient history. 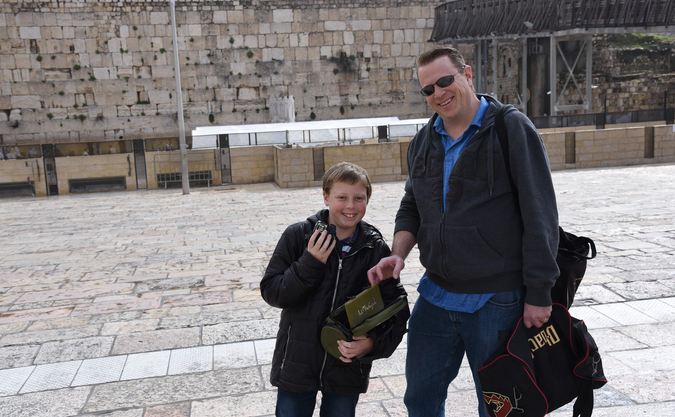 The author and his son at the Kotel. Image by Courtesy of Ken Zweibel

When Prime Minister Benjamin Netanyahu announced that gatherings of more than 10 people would not be allowed – lowering it from 100 that was allowed the week before, we knew we were doomed. We wondered out loud if the Israeli government arrived at that number to appease the religious and allow the smallest number of people to gather for a minyan. I was reminded of numerous biblical stories in quest of small groups of people, for instance the one that “for the sake of 10 [righteous people of S’dom], I will not destroy it” – we all know how that turned out.

We tried to keep the focus where it belongs – on Benny. The concern that he had expressed a few weeks before turned into inconsolable tears as his dream of showing everyone just how hard he worked — and just how GOOD he is at reading Torah – were being shattered before his very eyes. At first, it was how much he wanted to be able to celebrate with Grandmom and Grandpop and aunts, uncles, cousins – and now could not. After Bibi’s announcement, it became “how am I going to be able to celebrate my Bar Mitzvah at all???” Oh, and not for nothing, he added “I don’t want to die from Corona-virus.”

As a parent, I am always faced with kid-issues that I don’t know how to deal with and no online guide that can help. So much for the adage “little kids, little problems; big kids, big problems.” Here we had a medium-sized kid with a very big problem. All the planning that we debated for the past nine months didn’t matter. Man plans, God laughs.

Our “plan of action” has changed numerous times over these weeks.Now that even gatherings of the 10 people required for a minyan are not allowed, a Thursday Zoom session before Benny’s Shabbat is the best we can hope for right now. We will record Benny reading the whole parsha, send it to all our loved ones, and then pick another day sometime a few months from now to have the family celebration.

Of course, there is the matter of a 13-year-old having to learn a second parsha, should he so choose.

Luckily, we did decide to have a wonderfully special Hanachat Tfillin ceremony (first time Benny put on Tfillin) at the Kotel for immediate family about a month ago (yes, we were fewer than 10). But when we put things into the family-perspective, having a different Bar Mitzvah than the one that we planned is certainly preferred over not having one at all.

Ken Zwiebel, a hi-tech entrepreneur, lives with his wife and four children in Mazkeret Batya, Israel.

What happens when your bar mitzvah is canceled?