There are heroes all around us — meet three of them 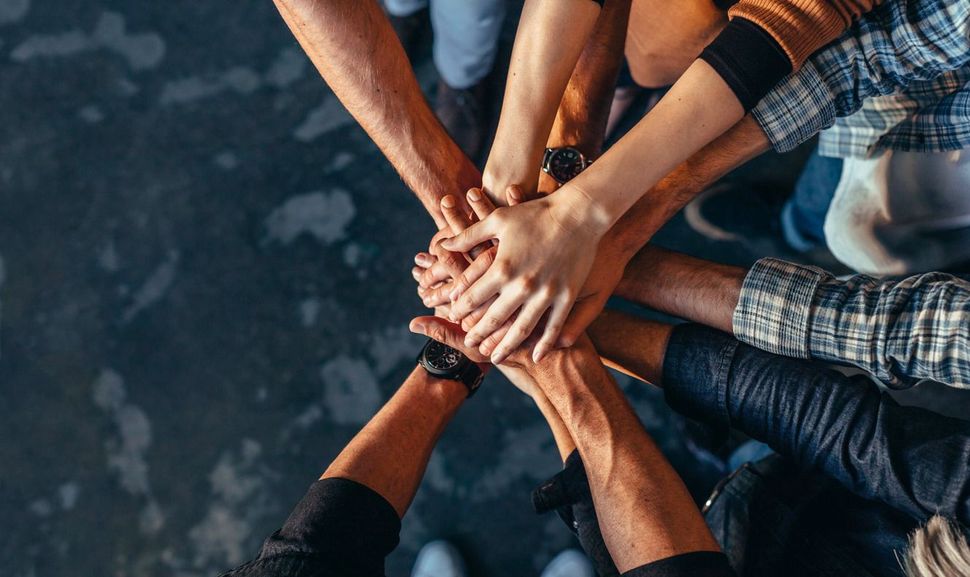 Everyday heroes in the era of coronavirus. Image by istock

We see them on social media and in family group chats. We hear about them when we call our friends or talk with a neighbor across the street. They’re churning out homemade masks on their sewing machines or babysitting the children of emergency responders. They’re delivering groceries to neighbors or risking infection to keep soup kitchens open or posting selfies of their tired faces after a long day at the hospital without adequate protective gear.

They may not be on the nightly news, but these everyday heroes are on the front lines of the fight against the novel coronavirus.

Even as we’re confined to our homes, more isolated from each other than ever before, we’re also bearing witness — if only virtually — to acts of bravery and generosity that lift our spirits.

We asked readers to share stories of people doing extraordinary things in this extraordinary time, and the first few are below. If you know someone acting heroically right now, let us know — we’ll be adding to the collection in the coming days.

She tended patients until she gave birth 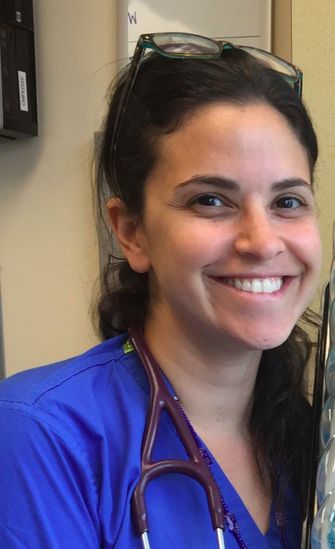 Physician Nicole O’Connell cared for coronavirus patients until the day she gave birth. Image by Courtesy of Osnat Beck

What she’s doing: O’Connell already had big plans for this spring — she was due to give birth to her second child at the end of April. But instead of preparing for a new arrival, O’Connell found herself weathering one of the biggest challenges of her career as COVID-19 tested New York’s hospital system. Taking on new duties in the emergency room, O’Connell cared for contagious patients, even though the virus’s effects on pregnant women are still unknown. Although she’d planned to begin maternity leave a few weeks before her due date, she worked until the minute her water broke — weeks ahead of schedule, in a hospital hallway. “She gave it everything she can, because that’s the kind of girl she is,” said her aunt, Osnat Beck.

What she said: In late March, O’Connell posted urgently on Facebook about the lack of protective gear at hospitals. “Being 36 weeks pregnant and working in an ER and watching as personal protective supplies are less and less available … it hits home,” she said. “We worked so hard to be able to help you and your families and yet are not given the respect of being protected.”

He fights coronavirus and sleeps at Chabad 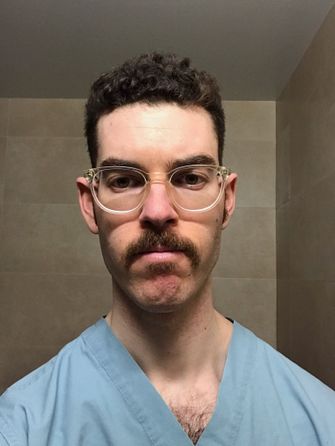 Dr. Joe Goldenberg has moved into his local Chabad house while treating coronavirus patients in order to avoid infecting his family. Image by Courtesy of Jamie Cohen

Who he is: Among friends, Goldenberg has always been known for his “strong sense of friendship and loyalty,” said Jamie Cohen, his roommate at the University of California, San Diego, and for seeking out Jewish community wherever he went. In college, the two men were brothers in the Jewish fraternity AEPi. When Goldenberg moved to Chicago for medical school he became involved with the local Chabad house, where he met his wife, Rebecca. As Goldenberg completed medical school and pursued his residency, he celebrated the birth of his first son, honed his sourdough bread-baking technique and cultivated a sharp goatee — which he had to shave to accommodate his N95 mask.

What he’s doing: For family and friends, Cohen said, Goldenberg was one of the first sources of warning and advice during the coronavirus pandemic. His words carried the weight of personal experience: though he had not yet finished his residency, at the end of March Goldenberg was transferred to an ICU ward for coronavirus patients. As the pandemic intensified, his workload left him no time for meals; during shifts that stretch up to 18 hours, he subsists on protein shakes gulped down in the hospital hallways. Worried about bringing the virus home to his wife and son, Goldenberg made the wrenching decision to isolate himself even from his own family, moving into a hospitality suite owned by his local Chabad house. In brief breaks between shifts, he lifts weights in his new home to relieve stress.

“He’s underprepared and overworked,” said Cohen. “But he’s still doing it, every day for the foreseeable future.”

A podiatrist, she has found her footing in the E.R. 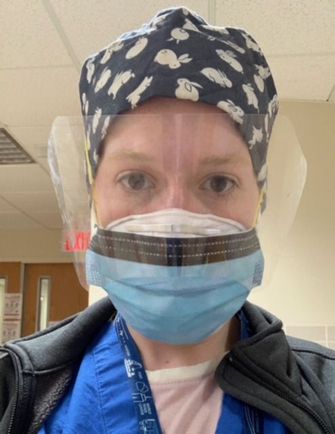 A podiatrist by training, Dr. Rachel Maslow has taken on new duties in the era of coronavirus. Image by Courtesy of Aaron Maslow

Who she is: An avid animal enthusiast, Maslow didn’t initially intend to become a doctor for people. But when she realized that becoming a vet would entail euthanizing pets like her own beloved rabbits, she set her sights on medical school and earned a degree from the New York College of Podiatric Medicine. She planned to spend the spring finishing her residency and working in Montefiore’s podiatry clinic. Instead, she’s been learning the ropes of a completely different medical field.

What she’s doing: As Montefiore Hospital admitted more and more coronavirus patients, Maslow was drafted to help — even though she had little experience providing emergency medical care. Her father, Aaron Maslow, who speaks to her by phone every night, said that she was “frazzled” after her first day on the job but soon grew accustomed to her work.

“There really is something so beautiful about different specialities coming together as a united front to treat these patients,” she wrote on Facebook.

The new realities of her work have changed almost every aspect of daily life. Each day when she arrives home, Maslow leaves her scrubs at the door and walks straight into a shower her husband has prepared, careful not to even touch a door handle before she rinses off. And although she normally observes Shabbat, now she’s been working steadily through it.

“I remember how my parents spoke of families whose sons went into the army in World War II,” Aaron Maslow said. “I feel the same now.”

There are heroes all around us — meet three of them