I can lead the seder. I just need someone to teach the 90-year-olds Zoom. 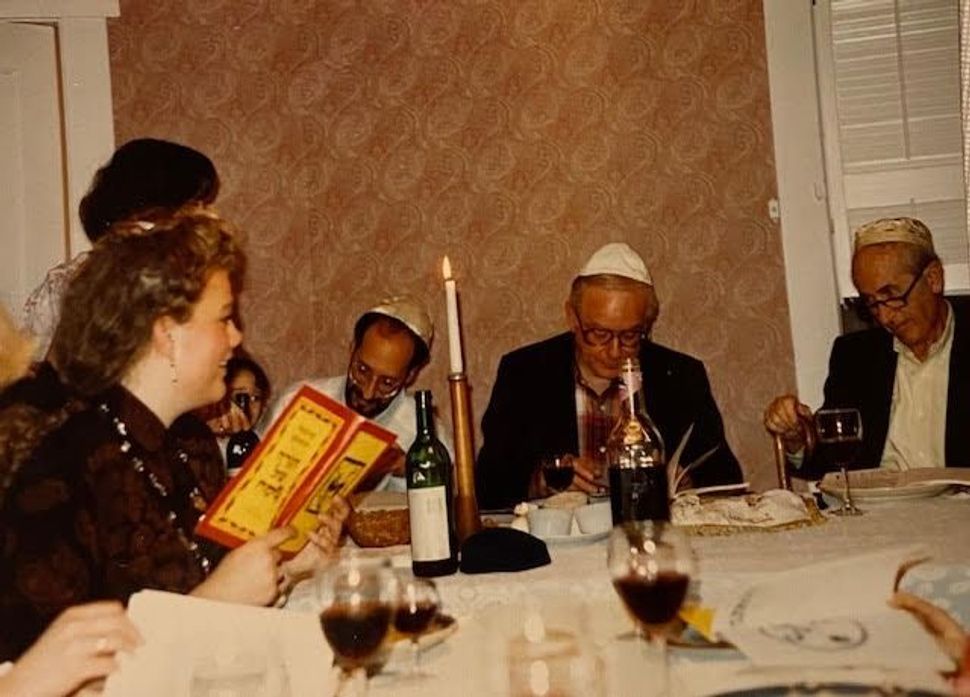 1990, at my dad’s last seder. He’s pictured on the right (hand on cane). Next to him is my now nearly 90 year old uncle. Image by Nancy Star

Of course we’re going to have a seder. Our parents, grandparents, and great grandparents all had seders despite world wars and pogroms. A pandemic won’t stop us. Because we have Zoom.

So of course we’ll host a seder, the biggest ever, with people coming from northern New Jersey, southern New Jersey, Queens, Philadelphia, Washington D.C., the Berkshires, the east end of Long Island, the south end of Long Island, and the country of Hungary. Family members who normally refuse to make the drive are suddenly excited to come. No one wants to let the virus win.

Except: Did you ever try to teach an almost 90-year-old to Zoom? Actually a pair of almost 90-year-olds, each of whom have a computer and a smartphone, although they’ve never used the phones for anything smarter than making calls.

The year before last, things got a little tricky. My uncle skipped the afikomen, for one thing. So last year, I took a deep breath and made the offer: my husband and I could lead the seder. When my uncle agreed, we risked everyone’s ire by replacing the Maxwell House haggadahs of our youth with the one from our Reconstructionist synagogue. It went surprisingly well.

This is all to say, my almost 90-year-old aunt and uncle have to be at our seder. They are all who remain of their generation. Which means someone has to teach them Zoom.

My cousin in Washington, D.C., the son of the almost 90-year-olds, says he’ll do a practice session. No problem. They’ll be fine. 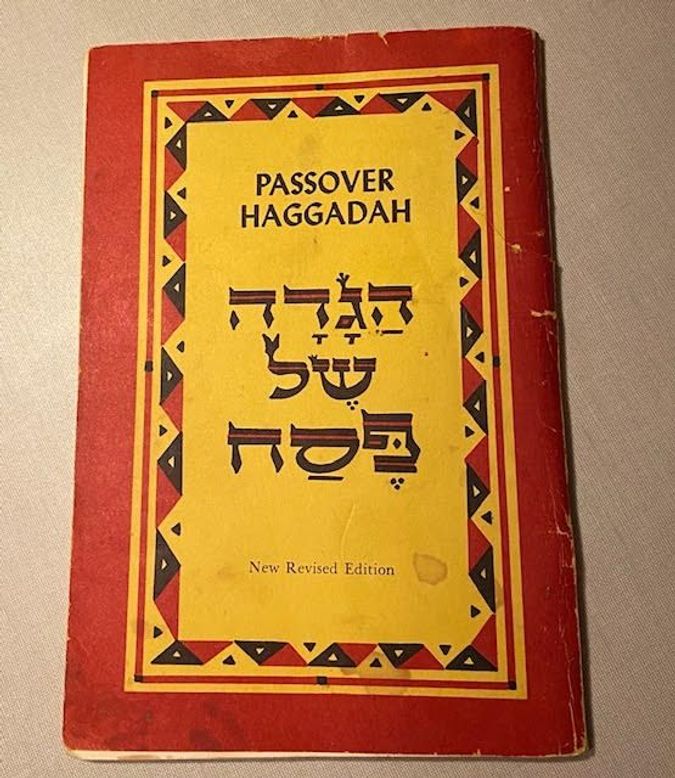 Meanwhile, another volunteer emerges: the daughter-in-law of a cousin on my husband’s side. Yes, she has a full-time job, an 18-month-old at home, no childcare, and an impending move to another apartment, but part of that full-time job is training people on Zoom. She’s happy to help anyone who needs it.

Since my cousin said he’d teach his parents, I suggest the Zoom expert take on my sister, who is not at all close to 90, but still can’t Zoom.

Then, last week, the cousin reports from Washington that after two days of trying to Zoom-train the almost-90-year-olds — two hour long phone sessions, email support from his sister, his parents are unable to make it work. His email describing the experience is full of raw frustration and grief.

I am aware, but do not say, that some of the grief may have to do with his being on lockdown in D.C., while his elderly parents are on lockdown in New York, his father increasingly forgetful, every day staying in bed longer and longer though to be honest, these days some of us younger folk are doing the same.

We have all become aware of our mortality over these past few weeks, and of the mortality of those we love.

I check in with my almost-90-year-old aunt. She doesn’t sound at all frustrated or sad. In fact, she’s amused by the whole experience. She reports with good humor that her son, God bless, made such a valiant effort to teach them how to do this, but the Zoom thing just doesn’t work. When I ask if she’d be willing to let someone else try to help, she says sure.

I reach out again to my cousin’s daughter-in-law with the 18-month-old baby and no child care, who’s already been kind enough to call my sister. Somehow, she cheerfully agrees.

When I contact my cousin in D.C. to let him know there’s a new helper on the case, he asks if the other cousin’s daughter-in-law could also reach out to his cousin on his mother’s other side, the one on Long Island who we’ve always invited to seder but who never wanted to make the drive. This year she’s coming. If someone can teach her to Zoom.

I cannot ask the young mother to do one more thing. So I call my lovely niece who, it turns out, also offered to help — with the aid of her 10-year-old daughter. Who better than a 10-year-old digital native to teach an older relative, one they’re not actually related to, one who they possibly have never met. Somehow it’s arranged. My niece and her digital daughter will call the niece from the other side who lives on Long Island, and teach her Zoom.

As for the guest coming from Hungary, does she know how to Zoom? I’m not sure, but since I don’t even know her name, I’m not going to take that on.

In my family, we’ve always had the tradition of ending the seder with a noisy rendition of Chad Gadya. Some relatives — by now you can guess which ones — sing it in Hebrew, some simultaneously sing it in English, some stick to making animal noises, barnyard-style, everyone aiming for the louder the better.

This year I’m going to suggest a new tradition, replacing the line, “my father bought for two zuzim” and singing instead, as loud as we can, “We all tried to get us Zooming.”

Nancy Star is a former movie executive whose sixth novel, Rules for Moving, will be published next month. Her essays have appeared in the Washington Post, Publishers Weekly and Family Circle. Follow her on Instagram @nancystarauthor and Twitter @NancyStarAuthor.

I can lead the seder. I just need someone to teach the 90-year-olds Zoom.