Everyday heroes: care and computers in the era of coronavirus

Do you know an everyday hero? Image by iStock

The Forward asked readers to tell us about the “everyday heroes” in their lives, people extraordinary things in this extraordinary time. These are just some of the stories we heard. If you know someone acting heroically right now, let us know — we’ll be adding to the collection in the coming days.

She’s staying calm when it matters most 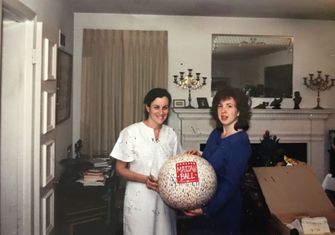 How she got here: When Jana Preis arrived in the United States in the early 1990s, it didn’t look like a medical career was in the cards. She’d emigrated alone from then-Soviet Georgia, where Jews faced institutional discrimination. Without friends or family, she found herself cleaning houses for an exploitative employer. Seeking assistance, she wrote letters to several rabbis in the Washington, D.C. area explaining her plight. Only one replied: Rabbi Avis Miller, who took Preis under her wing, finding her a job that allowed her to study on the side and cheering her on as she completed a bachelor’s degree and went on to medical school. Throughout the years the two women became close, celebrating holidays and milestones together. Miller has five sons, but, she said, “I picked the daughter I would have wanted.”

What she’s doing now: A few weeks ago, Preis called Miller to wish her a happy birthday — but she was speaking from the hallway of Brooklyn’s VA Medical Center, where she’s currently the chief epidemiologist. In the coronavirus pandemic, she spends her days supervising hospital intake, treating admitted patients, and devising infection control policies. Going to work, she said, is “like being literally at war. Anything I say may change in a second.”

But although Miller said she’d never seen her protégée so overworked and Preis admitted that she “basically lives” in the hospital these days, she insisted that she was not overwhelmed. As an immigrant who’d weathered enormous changes in her life, she said she was well-equipped to handle the hospital’s volatile atmosphere.. “Am I panicking? No,” she said. “Do I recognize this is an interesting virus? Yes.”

A Tale of Two Laptops

Who he is: Long before the era of coronavirus, when computers became an essential lifeline to the outside world, Dressner had experience bringing technology to kids who need it. For years, he’d sourced old computers and laptops from clients, refurbished them, and donated them to needy kids at a Maryland high school. He also helped procure donations for local initiatives, said Brenda Holt, who runs an annual toy drive at Baltimore’s Sinai Hospital. Each time he made a donation, she said, he asked her, “Is this enough?”

What he’s doing now: As social distancing restrictions ramped up in late March, Holt’s son, a district manager for supermarket chain Aldi’s, asked if she knew where his old laptop was: he wanted to give it to an employee, whose three children were struggling to keep up with online lessons on the family’s single computer. Holt had donated it long ago, but she immediately thought of asking Dressner for help. When she approached him, he quickly produced one of his own computers for the family to use.

“He’s a true mensch,” Holt said. “This woman is working all day in a grocery store. Now, at least she doesn’t have to worry about her kids passing their classes.” 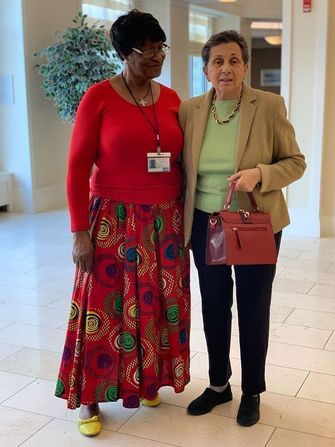 Who she is: For the past two years Lina Zerbarini has relied on Jennifer Williamson to care for her elderly parents at their Long Island independent living facility. From the start, she was impressed by Williamson’s ability to manage two elderly people with diverging mental and physical needs: her mother has advanced Alzheimer’s disease, while her father has kidney disease. “It’s extraordinarily skilled work,” she said. “But [Williamson] is so able to be present. She’s really accepting of both my parents and whatever mood they’re in. They can get agitated, and Jen will say it’s just the disease.”

What she’s doing now: Many nursing homes have adopted strict social distancing restrictions in order to reduce the spread of coronavirus among residents, who are among the most vulnerable to the disease. In the facility where Zerbarini’s parents live, there are already 9 cases of coronavirus, and family members are no longer allowed to visit. But thanks to Williamson, Zerbarini still receives pictures of her mother laughing after a shower. Staying with them throughout the week, Williamson is helping the couple keep their spirits up during a frightening and confusing episode. And as a deeply religious Christian, she prays for them as well.

“The most difficult aspect of this isolation is that I can’t see them,” she said. “But I am eased by knowing that [Williamson] is there with them.”

Everyday heroes: care and computers in the era of coronavirus