A holiday marking one societal rupture, Tisha B’Av spurs Jewish creativity amid another 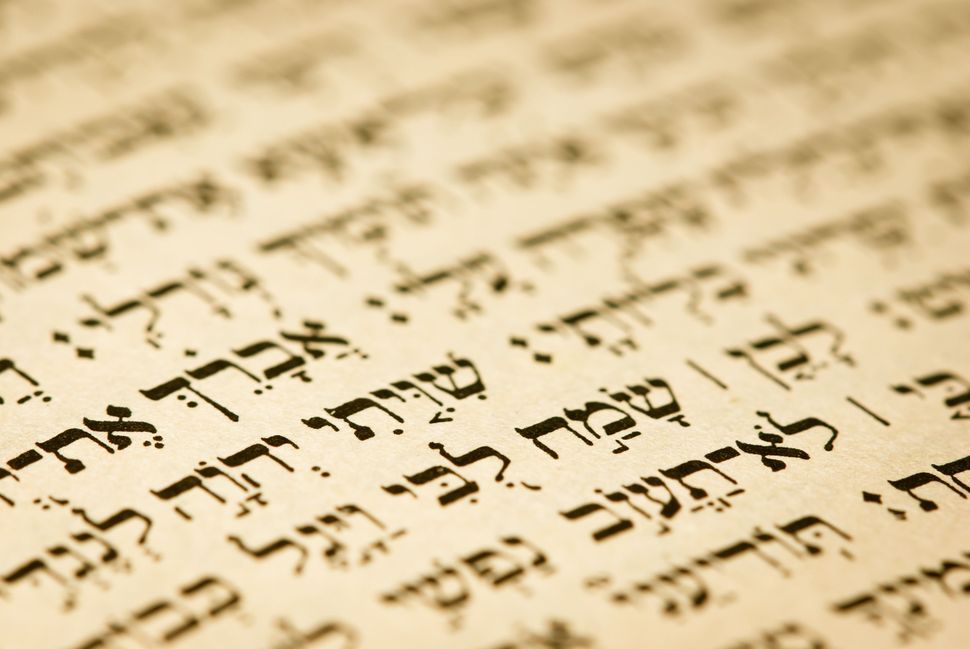 (JTA) — For many observant Jews, the mourning over the destruction of the two ancient Temples in Jerusalem on the fast of Tisha B’Av actually begins three weeks earlier with the onset of a period of mourning during which it’s customary to avoid joyful activities like weddings and music.

But with much of the world already in a state of mourning as the coronavirus pandemic continues its deadly march across the planet, Rabbi Hershel Schachter made an allowance.

In a religious ruling released earlier this month, the widely respected Orthodox rabbinic authority determined that one could listen to music if doing so was needed to stave off feelings of depression in the weeks leading up to Tisha B’Av, which begins this year at sunset on July 29.

“At the current time due to the ongoing pandemic, the entire world is in a state of uncertainty and concern,” Schachter wrote. “One who feels compelled to listen to music in order to help alleviate their tension or pressure would be allowed to do so.”

As occurred in the run-up to Passover in April, the confluence of the pandemic with a Jewish observance is prompting a wellspring of Jewish creativity. New liturgies are being created, new religious rulings are being published and a large number of online events are taking place for an observance that, unlike the widely observed Passover, often passes unnoticed for many Jews.

And also unlike Passover, which celebrates the liberation of the Israelites from slavery in ancient Egypt, Tisha B’Av lends itself far more naturally to a pandemic that has left a trail of sickness and death in its wake.

“As we were thinking about what spiritual tools this moment calls for, we realized we wanted to put out something for Tisha B’Av that honors the fact that it feels like we’ve been living in Tisha B’Av since the pandemic started,” said Rabbi Rachel Barenblat of North Adams, Massachusetts, a co-founder of Bayit, an organization that creates new tools for contemporary Jews.

Bayit has released five poems inspired by the pandemic but written in the style of the somber lamentations, known as kinot, that are customarily recited on Tisha B’Av. One representative line: “Our synagogues are shuttered, we are exiled to Zoom. We cry out from the depths. Do You suffer with us, God? Who will we be when the pandemic is gone?”

“It feels to many of us as if we’re living through our own churban, our own destruction in our era,” Barenblat said, using the Hebrew word referring to the destruction of the ancient Temple. “And we wanted to give voice to that.”

Daniel Olson, a doctoral candidate in education and Jewish studies at New York University, rewrote one of the best-known kinot for the moment in collaboration with his husband, Rabbi Benjamin Goldberg. Eli Tzion is typically the final reading of the Tisha B’Av service and acknowledges the suffering of the Israelites following the destruction of the Second Temple.

But in the version by Olson and Goldberg, the poem describes the suffering caused by the pandemic. Olson said he was inspired to write the piece after seeing a Facebook post estimating the number of Torah scrolls going unread in the world while synagogues are closed.

“This image was so sad to me,” Olson said in an email. “All these Torah scrolls sitting in Arks, excitedly waiting to be taken out on Mondays, Thursdays, Shabbat, and holidays, seeing each one pass, but remaining trapped inside. And for the people unable to gather to hear their sacred words, especially those who were experiencing illness or death in their families.”

For Orthodox Jews, who traditionally abstain from the use of electronic devices on Jewish holidays, Tisha B’Av also offers the rare opportunity to employ livestreaming in the observance of a holiday — something the liberal denominations have embraced since the pandemic began. Prohibitions on the use of electronic devices do not apply on Tisha B’Av.

At the Hampton Synagogue in Westhampton Beach on New York’s Long Island, a reading of the biblical Book of Lamentations and a musical gathering with the Maccabeats a cappella group will air multiple times throughout Tisha B’Av on the Jewish Broadcasting Service.

Rabbi Marc Schneier, the synagogue’s head rabbi, compared the ravages of the coronavirus to the fear that previous generations of Jews had of anti-Semitism.

“I can’t even fathom what it must have been like for 2,000 years to be a Jew going through the pandemic of the anti-Semitic virus and not knowing each and every day what kind of destruction would come tomorrow,” he said. “That kind of anxiety and uncertainty is exactly what we’re going through now.”

Olsen, too, said Tisha B’Av is especially resonant this year.

“Even though my observance will be virtual this year, I think it could be the most visceral Tisha B’Av ever for me because of the pandemic,” he said. “Close to 150,000 Americans have died of COVID-19. The future of the economy and of education is uncertain. I can identify with the sense of dislocation our ancestors experienced and documented in the liturgy for this day more than I have been able to ever before.”

A holiday marking one societal rupture, Tisha B’Av spurs Jewish creativity amid another