What if we don’t believe that God exists (but really wish we did)?

Still Small Voice is a collection of 18 interviews with clergy tackling 18 questions about God, published during the month of Elul, a time of Jewish reflection and accountability. Click here to read the introduction to the series, and here to browse the collection.

When I embarked in March on a project asking rabbis and scholars to help me unpack common questions about God, I started by making a list of those questions that I hear most often from friends and readers, in synagogue and seminars, in my own head and heart.

Does God love us?

I also invited each of my interview subjects to frame their own question. Rabbi Jason Rubenstein, chaplain and senior rabbi of the Hillel at Yale University, emailed me back right away: “What should we do if, in our heart of hearts, we don’t believe that a being like God exists, but really wish we did?”

I had not considered that category: non-believers who wished they believed. This despite the fact that I’m a believer married to a non-believer who has often said that deep faith is appealing to him — but that he can’t manufacture it.

I’d reached out to Rubenstein at the Slifka Center for Jewish Life at Yale — the campus Hillel whose board invited me to join its leadership two years ago — because I’d been a fan of Rubenstein’s refreshing teaching years before he moved to New Haven. I had gotten to know him when he was on the faculty of Hadar, an independent institute of learning on the Upper West Side of Manhattan, where I would occasionally go for lectures.

Rubenstein did not give me some easy elevator pitch to sell God to the non-believer. If I had to distill my takeaway from our conversation, it’s this: a life of religion lies in the hope we hold deep in our hearts, even though we can’t defend or even explain it.

That felt awfully slippery to me at first: the idea that non-believers who want to believe can find God in a stubborn dream for utopia.

The Talmudic text Rubenstein chose to help explain his approach is from Pesikta de-Rav Kahana (Mandelbaum) 19). It likens stalwart optimism to a lover’s faith. It’s a story from ancient Rabbinic commentary about a romantic marriage that takes an abrupt turn when the husband leaves the wife without explanation.

The wife is despairing. After years of absence, every friend tells her to give up on her husband, but instead she re-reads his love letters and his marriage vows, and regains her faith in him. One day he suddenly returns home and says, “I can’t believe you waited for me.”

Our conversation is below, edited for clarity and length. To read other interviews in this series, click here.

‘The evidence is on the side of the skeptics’ 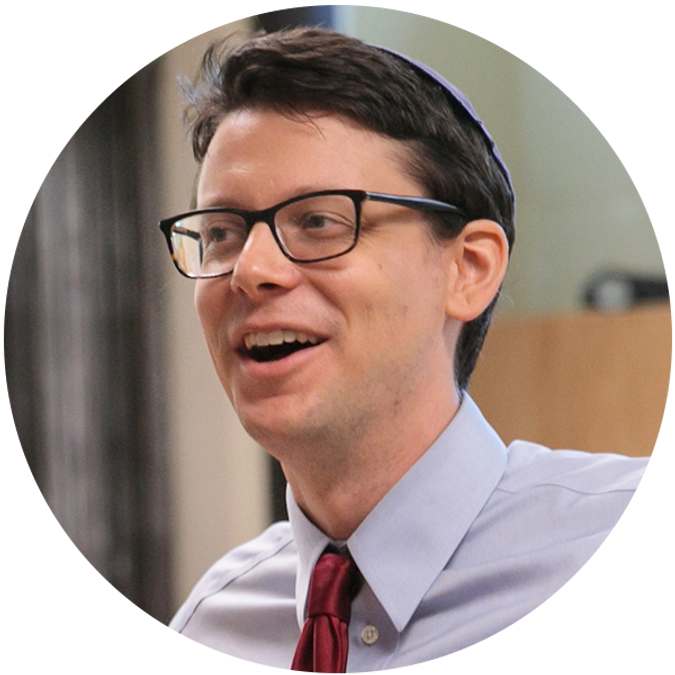 Abigail Pogrebin: How does your love story relate to our question?

Rabbi Jason Rubenstein: So, too, the Jewish people and God.

AP: You mean the wife is the Jewish people and the husband is God? In other words, God might disappear for a while, but really never leaves us and always returns?

JR: God brought us out of Egypt, God was there at Sinai, God fed us manna in the desert, God gave us the kings in Palestine, and then God disappears, right?

AP: Yes. God seems gone when both Temples are destroyed, when the Jews are exiled, when generations are persecuted…

JR: It’s a long time being Jewish with a lot of suffering — many people died for being Jewish. And some people could say, “Look, it’s not working. Assimilate. Leave it. Stop having this hope.”

But we go back and we read the Torah and are able to hold out hope, and eventually when God comes back, the first thing God will say is, “I can’t believe you waited for me.”

AP: So faith is the belief that God comes back, that the story can have a buoyant ending?

JR: Everything runs counter to that, right? The evidence is on the side of the skeptics — the people who say, “This isn’t worth it. This doesn’t make sense. It’s not a grown-up, responsible, clear-headed way to live.” Giving up on God would have been the rational thing to do. The world as interpreted by a reasonable person living in it would not lead you to religion.

AP: So in the midst of so much hard history and disappointment, what leads a Jew to faith?

JR: It’s actually against the disenchanted, broken-hearted backdrop of all the suffering that religious institutions and Judaism have a purpose, which is to be the kind of place that enables people to hope for something that they can’t defend and maybe can’t even explain, but is the most important dream of theirs.

‘It’s the dream of the hopeless romantic’

AP: Judaism helps us maintain hope in an unlikely dream? Can you make that more concrete?

JR: This is actually how I think about prayer — especially the second paragraph of the Amidah when we say God is healing the sick, raising up the downtrodden; or thanking God for restoring our souls to us after our deaths, with the hope of eternal life with those we love.

I don’t recite those things because I think they’re factually true about the world. I say them because they are the set of things that I dream of and long for, and I worry I might lose my ability to hope for them. So I try to repeat them every day.

AP: It’s like you’re saying God is found in an insistent, almost childlike optimism that life experience can steal away.

JR: This Talmudic story captures being in a situation where you have a hazy memory of a halcyon time — maybe a pre-verbal memory of the world being a different place, back where your parents could pick you up and swing you around, answer every question and have superpowers.

AP: Our younger lens, when things seemed softer and solvable.

The High Holidays are upon us — and for many, that comes with meaty theological questions. Join us to talk to leading Jewish thinkers about their views on God as part of our Still Small Voice series. Register for the October 1 talk here.

JR: Right. When you were young and you saw something wrong, you would say to yourself, “This is not the way things have to be. It’s not the way they ought to be. I know that.” There was a gut sense of injustice.

AP: But then you grow up and you realize those ideals and mini-outrages are a little naive.

JR: So how do you live with that? It’s really hard because you could say, “Well, that was unrealistic. I was a Socialist in my 20s, and then I realized that’s dumb. There’s always going to be oppression and inequality. That’s how human beings are.”

AP: Or you could resolve to try to do something about those injustices.

JR: Well, that line of thinking is very influential in Jewish circles — the idea of saying, “I’m going to fix the world myself, or we are going to do it together. We are gonna get unemployment down to zero, we’re going to decrease inequality.”

AP: I get the sense you think that’s the wrong approach — to think we have a role to play in balancing the scale?

‘We’re vulnerable. That’s just how we are.’

JR: I do think it’s important and we can each do a lot – humanity has done amazing things. But I also know that people often burn out. We actually can’t fix it. Organizers and chaplains…we burn out.

So how can you go around the world — mostly as an operating, functional adult who cares about people — and say both?: “No, this is not the world as it should be and I’m going to try to fix it,” and also: “I realize that maybe our collective powers aren’t enough to remake the world into what it should be.” And I just walk around with a sense of longing for a better reality that I maybe can’t even fully imagine.

AP: And that longing is God? I’m not sure that’s a selling point for Judaism. It’s pretty grim. You’re basically saying that God is in the place between the world we want and the world we have.

JR: Well, there is something grim about it. But I want to say something about the grimness, because I think it’s important.

Often in psychological counseling, they teach you that people try to make sense of their bad situations by claiming a false sense of agency. For example, the reason I got mugged is because I turned down that alley, but if I had done something different, it would have been okay.

The idea that we really could control the world if we just did things differently is very comforting, but it’s also not true. We’re vulnerable. That’s just how we are. We can’t always make the right choices because we don’t know what alley people are in.

And I think that there’s something similarly misguided in our focus on improving the world as the primary mandate of Judaism; it’s this reach for agency. Which is an attempt to deny or refute a deeper fear that maybe we really can’t fix the world.

AP: So religion is that space for fantasy (the world as we wish it) and also reality (we can’t fix the world). That rings true to me, even though it’s a lot to download.

Just so I understand where you sit personally: can you tell me who or what is the God you believe in?

JR: I would say that my religious life happens in the chasm between the God I believe in and the God I dream of. One of the main ways that I turn to Judaism is to help me hold that chasm open against all the forces of this world — of loss and of rationalism — that wear away at me to give up the dream or fantasy as childish, unrealistic, or not helpful.

AP: And God appears to you in that chasm you keep describing?

Abigail Pogrebin, a freelance journalist, author, and public speaker, is a Forward contributing writer. Follow her on Twitter, @apogrebin. Rabbi Jason Rubenstein is the Jewish Chaplain at Yale. @SlifkaCenter

Still Small Voice: 18 Questions About God is a special project for the month of Elul, a traditional period of reflection and accountability. Click here to read the previous interview in the series, and here to browse the collection.

What if we don’t believe that God exists (but really wish we did)?