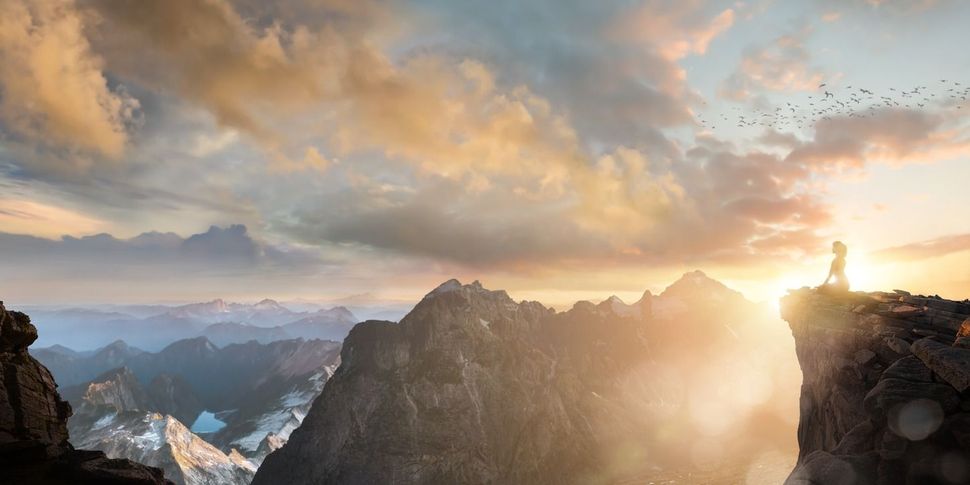 Paul Plotkin, a retired Conservative rabbi, said he feels his “certainty of a God is constantly under attack from somewhere deep inside of me,” as though his faith “is like an outside entity that my immune system is at war with.”

A reader named Shirley said she had “never been able to entertain the idea of an all-powerful, all-knowing deity, who hears all our prayers, craves our worship, yet does nothing to alleviate suffering.”

And of all the emails and comments that have poured in over the last month as we have been publishing Still Small Voice — a series of 18 interviews with Jewish thinkers tackling tough questions about the divine — one from someone called Nan C. encapsulated nearly every conversation.

“I really appreciated being given the framing that we are partners with God in the work that needs to be done — political, artistic, human,” she wrote.

Partners with God. If there was one theme that reverberated throughout the series, it was that we are participants in the project of a better world. God’s work needs ours.

My 18 conversation partners kept coming back to the idea that Judaism is less about what you’re feeling and more about what you’re doing — commandments, compassionate acts, righting wrongs. Living by some Jewish mandates and not letting the sufferer struggle alone.

Divinity is — even for these brilliant teachers, devout Jews — less a certainty and more of a driver: to seek and to seed goodness. And goodness is godliness.

God was almost never described by these thinkers as a being or entity; more often as a “force” or “presence.”

There was candor about unsteady faith, disappointment, wonderment.

There was an insistence that much of our life experience cannot be explained solely by science — and that God could be the answer.

Several rabbis told me that God has evolved over the Jewish people’s nearly 6,000-year odyssey — from the stern parent to the emboldening one. It’s on us now — to live out God’s ethics and example.

No one posited that God engineered the coronavirus, George Floyd’s death, or any event — awful or joyful. Instead, God was seen in humanity’s response.

But as the interviews rolled out during the Jewish month of Elul, a traditional time of reflection and reckoning leading up to the High Holy Days, readers kept reminding me of all their roadblocks.

One named Barry S. wrote, “Will we ever stop trying to justify the existence of a superior entity with powers of influence, or just accept it as a concept that has been used to unleash terrible horrors?”

Rabbi Arthur Waskow, who has written copiously on Judaism’s call to protect the environment, wrote a letter that reminded me that I left out “some of the more transformative approaches“ to God, “especially those deeply influenced by Eco-Judaism.”

Eugene P., a self-described centenarian, took the long view: “Back when I was a child, a rabbi was a teacher. That’s all. Not an oracle, not a saint; a teacher,” he said. “They provided comfort, which was needed.”

Rabbi Adam Chalom, who practices a humanist Judaism that doesn’t rely on God, wrote to me, frustrated, after nearly every installment. We published his letter arguing that atheists should have been included in the series, too.

“You are missing important Jewish voices by only including those who believe in God,” Chalom pointed out. “Twice as many American Jews say they do not believe in a God (23%) as identify as Orthodox (10%). You really should ask some ‘non-believing Jews.’”

Point taken. But for many of us, belief is less binary. The series was all about the gray — the struggle to understand whether and how God is in the room.

I have felt it. I have trusted it. And now, thanks to these conversations, I have more vocabulary to articulate it — despite all the moments of doubt.

The minutiae of blessing. A still, small voice. Every voice, many of those I interviewed said, carries a glimmer. God can sometimes be explained through text and tradition, but the force of spirituality seems to make its own powerful argument when it shows up.

None of these rabbis or scholars chose to tell me that faith is the true path. But they all suggested it might be the richer, more awake one.

Abigail Pogrebin, author of My Jewish Year; 18 Holidays, One Wondering Jew, is a Forward contributing writer. Follow her on Twitter. @apogrebin.