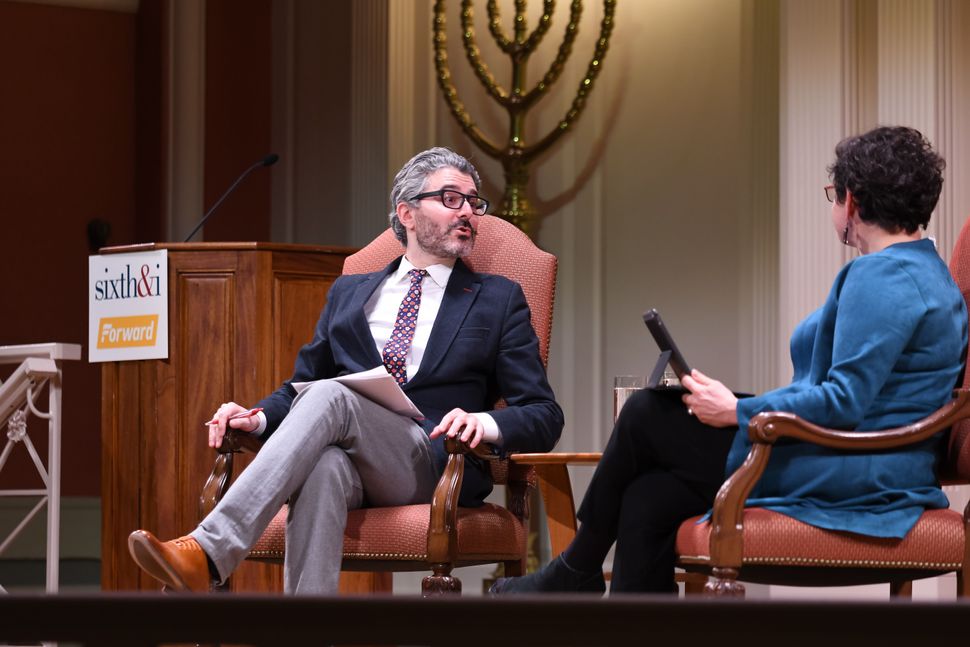 Image by the forward

Who knew a podcast could feel like a spiritual practice?

During this pandemic, The Daily, produced by The New York Times, has become an odd kind of reset for me. The crazy world feels a little less crazy when I hear the distinctive voice — congenial but punctilious — of its host, Michael Barbaro.

The Daily launched in February 2017, a month after President Trump was inaugurated, and quickly became one of the most popular podcasts in the United States, imitated by numerous news outlets. In 2019, each episode had about 2 million daily downloads, according to Techcrunch, so I am by no means alone in my fidelity.

Barbaro was not famous when he was named host; he was a rising Times star who had covered the 2016 campaign and before that New York City Hall and the retail industry. Now he’s an in-demand public speaker, magazine-profile subject, late-night guest, even a Saturday Night Live spoof, with a fan base that rapturizes about his cadence and eyeglasses. 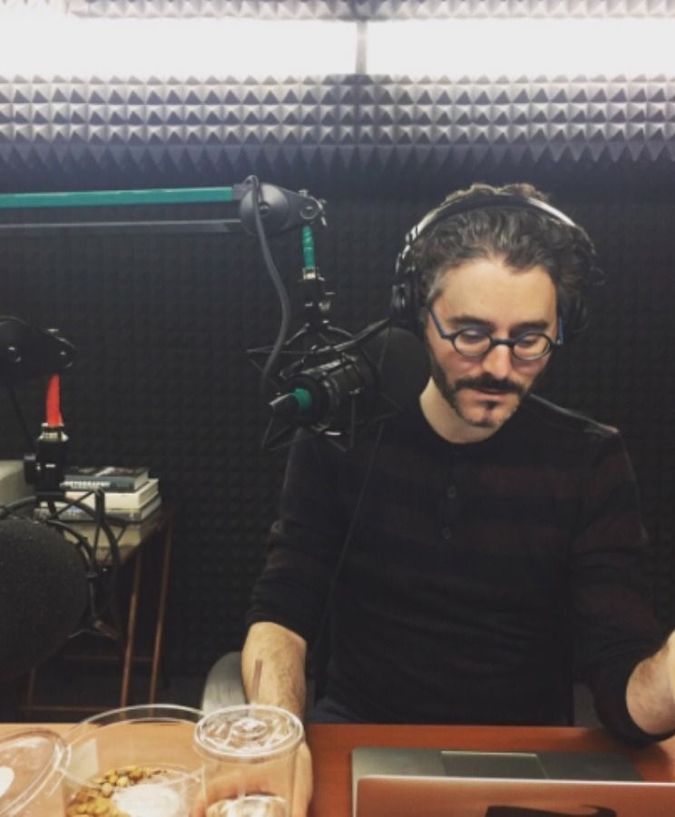 I should mention that while my twin sister is a reporter at the Times — and the Forward’s editor-in-chief is friends with Barbaro and hosted an event with him in January — he and I have never spoken. We went to Yale 15 years apart and I follow what he cooks on Instagram, but I have no idea what he’s like in person.

What I do know is that a good reporter listens well. Since the pandemic began, I’ve listened to Barbaro listen.

Each episode lops off a very specific slice of the news, with Barbaro generally interviewing the Times reporter who covers that particular beat, be it immigration, race, politics, the Supreme Court or, of course, public health.

Barbaro and the show’s producers come at the story with a less-predictable lens, and his on-air questions anticipate our own. I’m reassured by the enterprise itself — that this diligent team is working while I’m sleeping, to bring some focus to the fog, and by 6 a.m. offer nuance in a time of raging oversimplification.

I know I sound like a gushy fan, but it’s rare to find solace in a news outlet. The storytelling — crafted, propulsive, calm — counters my agitation about current rhetoric and controversy. The podcast is obviously shaped by deliberate behind-the-scenes direction, so that speakers slow the story down and make the details matter — an antidote to the name-calling and distortion to which we’ve all become inured.

Many of the Times reporters have become familiar characters. None are histrionic; all seem improbably succinct. On the rare occasion when one tips the scale towards melodrama, it feels like a covenant is broken; reporters shouldn’t weep. (I’m aware some fans find the interstitial music mawkish.)

I listen to The Daily while I’m having coffee, making the bed, taking a walk, between errands. It’s a kind of meditative interval — knowing that for 20 to 30 minutes, I’ll be taken to a world that will unpack things a little more clearly.

Complexity is comforting. Depth quiets the noise. If there is a new episode, that means we’re still here; the sun rises, the world turns. If events are explainable, they’re survivable.

More than any of the reporters on the podcast, the soul of an episode is often the everyday stranger whose personal tale humanizes the headline. During the pandemic, those voices have stayed with me.

The Italian chief of the respiratory unit in Bergamo, Italy, who faced a deluge of dying, and understood why so many of his burned-out staff could not bring themselves to return to work.

The Sudanese refugee, a single mother, who caught Covid at her job in a South Dakota pork plant, and when she was sickest, forced herself to stay awake all night, fearful that if she fell asleep, the virus might take her away, leaving her children orphaned.

The retired pastor in Canada who orchestrated a poignant Zoom memorial for his wife, Flora, with music, poetry, and friends tuning in from all over the world — in those early days when no one could grieve in the same room, before we all became accustomed to virtual shivas.

The bouncing-off-the-walls 14-year-old in Queens, who argued hilariously with his parents on audiotape as they competed to recount his harrowing hospitalization — a case which upended the idea that young people couldn’t crash from Covid.

The jovial restaurant owner in Baton Rouge who had to shut down her successful restaurant — with its crayfish paella — just a year after opening, and was sweating how to pay for her autistic daughter’s health care.

The 32-year-old physician’s assistant, a Chinese immigrant who stymied his own doctors when he became the first known Covid case in New Jersey, and who saved his own life by calling upon Chinese friends in the medical community who were ahead of the U.S. in trial treatments.

And of course, there is Donald G. McNeil, the virtual rabbi for so many of us through this upheaval. McNeil is a science and health reporter, who has been at The Times since 1975 and covered prior health scourges like AIDS and Ebola. He has returned to The Daily for multiple episodes since the Covid outbreak in February, and been more accurate than I wanted him to be, considering how grim his prognoses.

Everything that McNeil’s sober reporting predicted came true — almost to an eerie degree. But he delivered the science plainly, without hyperbole (reality was hyperbolic enough). McNeil’s professorial approach proved that facts can actually make a crisis feel navigable. He gave us a map when we were lost.

I also appreciate that The Daily doesn’t fall into the trap of highlighting only liberal voices, though I know some critics insist it leans left. Several of the most indelible conversations have been with people who otherwise felt foreign to me: the Arizona border patrol agent who laid out the perils of illegal migration; the Michigan pest control VP who argued that he should be able to reopen during lockdown; the anti-abortion advocate who said Amy Coney Barrett was the culmination of everything she’s fought for. Even the dissection of the Breanna Taylor case offered the kind of conclusion that challenged assumptions from every side.

Yes, a few episodes years ago did make me mad — namely one about Israel and one on the Women’s March. I found the summarized history atypically reductive and, in that regard, irresponsible. I wrote a frustrated letter to the podcast team and chalked it up to growing pains. But it did not break my fealty.

Over the last four years, there is nothing I’ve done every single weekday without fail except brush my teeth and listen to The Daily. The podcast chronicles the chaos in a way that helps me live through it.

How can a podcast be like a prayer? It gives you words on the days you’ve run out of them. It can anchor and instruct. It attunes us to the person struggling. It pushes us to think harder. It reliably returns.

Finally: there are the Friday credits. Barbaro reads the entire staff roster at the end of the week, an increasingly long list. It’s a gesture of kavod — honor — to each member of the team. And yes, it reminds me of how my synagogue reads the mishebeirach list every week for those in need of healing: every name counts.

The show’s energy doesn’t flag, and that somehow assures me that mine won’t, either. No matter how shaky things seem, Barbaro is there, signing off with his signature line: “That’s it for the Daily…See you tomorrow.”

There will be another episode. Another day.

Abigail Pogrebin is a contributing writer at the Forward.