Last week, I was visiting my parents at home. My mother asked my sister and I to pick up some groceries for Shabbat. My sister is in grad school and living at home for a few months while she figures out her school’s plan for post-Covid.

My family tries to keep a mostly kosher kitchen (no non-kosher meat in the house type of thing), and we have lots of family friends in the area who are more Orthodox, so my mom likes to have kosher wine on hand.

The wine store we went to was a small, hipster-y sort of place, and the guy working there was our age and pretty laid back. When my sister asked for kosher wine he sort of laughed and made a face and said something like, “good luck” but not in a malicious way. Everyone knows kosher wine is less good, right? I thought it was funny.

My sister was really offended. It probably didn’t help that later she picked out a pinot grigio and he made a comment about liking wine that doesn’t taste like anything, but again more in the way of making small conversation than being rude. Anyway, we got into an argument over whether his comment about kosher wine was offensive. She was really bothered by it, while it was clear to me that he was just making small talk. I agree with her that it would have been rude if we had looked Orthodox — dressed very modestly, or been with somebody wearing a kippah — but we were clearly just picking up kosher wine for an occasion, and it was really not a big deal.

I know we live in a world where people want to prevent any possible chance of offending someone, but this guy clearly got the situation, and I found him wry and funny. Isn’t there still space for some nuance in this world?

Signed,
We All Need To Chill (the Pinot Grigio) 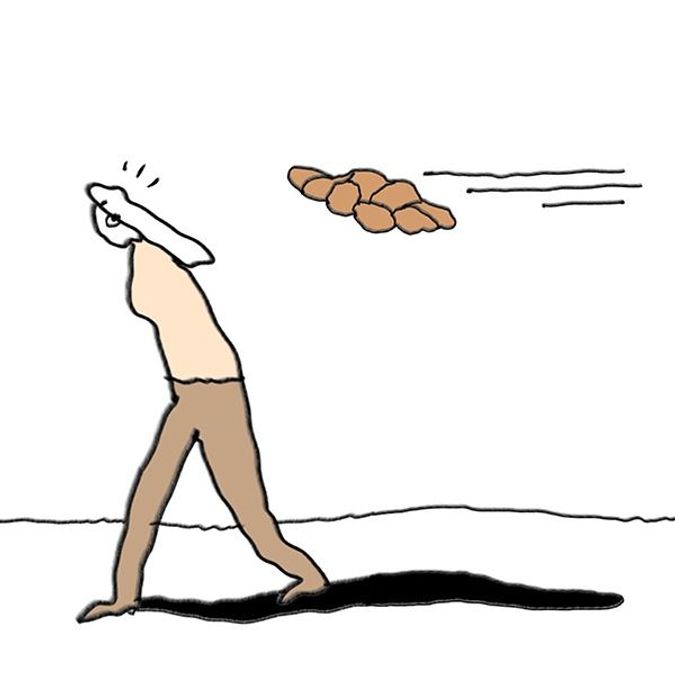 I’m with your sister on this one. This guy knew nothing about you. From a pure customer service standpoint, I’d imagine that insulting your customer’s choice of wine (twice!) is a poor way to build easy conversation — or sell wine. But it also rubs me the wrong way on the Jewish front. Acting like anyone who has to drink kosher wine is living out some unsophisticated existence seems, well, offensive. If someone with celiac disease asked for gluten-free flour at a grocery store and the employee made a “yuck” face, I’d understand if the person found that off-putting. First off, there are lots of kosher wine options today that are pretty good, but also: Let people live their lives without judgement! Who asked for his opinion?

You say you didn’t “look Orthodox,” and therefore understood his comment to be an attempt at situational bonding, not an attempt to offend. But he assumed you and your sister would share in his suspicion of kosher wine because you don’t look like you keep kosher — and he clearly judges those who do. That doesn’t feel to me like a great thing for him to want to bond over. Are we just in for making fun of Jews who only drink kosher wine?

I wouldn’t be surprised if he himself is Jewish, and therefore feels his opinion on the matter has extra validity, but it still feels like a cheap shot, and one which could misfire so easily. Lots of people who keep Jewish laws don’t fit the standard image of someone who is Jewishly observant, and it’s not great that he felt so comfortable making dismissive comments like that based on those perceptions. He assumed you don’t restrict yourself to kosher wine, and he really shouldn’t have made that assumption — nor should he make fun of those who do observe kashrut.

To be fair, I think I would say this even if you and your sister had walked in and asked for a jug of his cheapest red wine and he made a small joke about staying classy. Some people think ribbing other people is all in good fun, and always have a small jibe on hand. I really hate this way of interacting. I just don’t get why someone would choose to be negative and bring someone else down, especially in inconsequential interactions like this one. The customer may think it’s a funny comment, but it just as well may be the best wine they can afford, and they don’t want that rubbed in their face.

I’m not saying we need to send the mob on him. But if you ask for my opinion, this wine guy missed the mark.

Your sister would have been in the right if she responded with a simple “I’m not sure what you mean,” and let him realize his comment didn’t land in the way he intended.