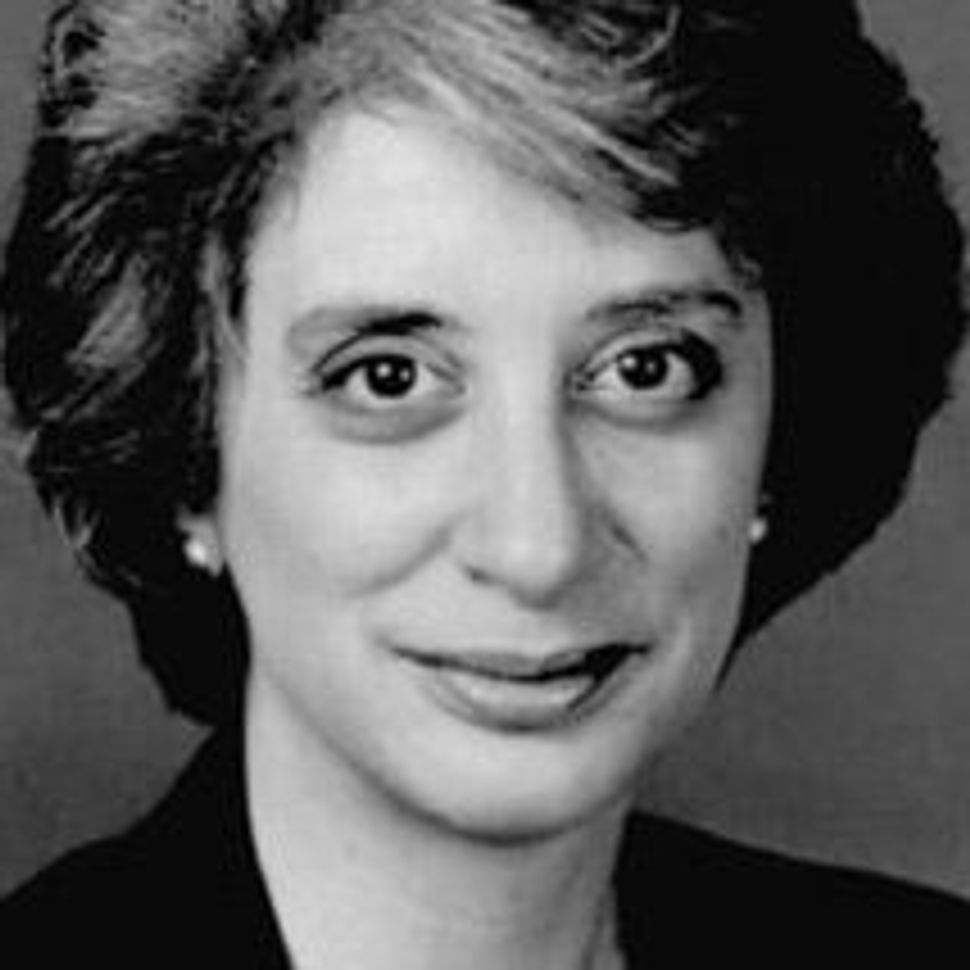 St. Mark’s Evangelical Lutheran Church sits near the campus of the University of Southern California, in Los Angeles. The small congregation, with 200 members and a budget of $130,000, is looking for a new pastor, who will be offered a salary and housing stipend worth between $50,000 and $60,000.

Such a compensation package would be well above the average income of a Protestant pastor in America. But it would be equivalent to only around half the average compensation for rabbis at Conservative synagogues of fewer than 200 households, or around 480 members.

A Forward survey of the way churches and synagogues raise and spend funds found this pattern across the country: Rabbis are generally paid far more than their non-Jewish counterparts, for reasons having to do with congregation size and the social status of spiritual leaders. At the same time, churches send far more in dues to denominational organizations than do synagogues, since many Christians support their denomination’s broader activities, the “mission work,” through their own churches.

St. Mark’s, for example, sends 10% to 12% of its income to the Evangelical Lutheran Church in America each year. That’s more than the 8% of dues that most Reform synagogues give to their movement, and far more than the 1% to 3% of their budgets that most Orthodox and Conservative synagogues send to their denominational organizations.

Last week, the Forward reported the results of an informal survey showing that the median amount of money raised per member by synagogues was nearly identical to the median amount raised per church member, despite the fact that synagogues require dues while churches rely exclusively on voluntary giving. But interviews with religious leaders and other experts reveal striking disparities in how churches and synagogues compensate their spiritual leaders and in how they support their denominational organizations.

It is difficult to draw direct comparisons between the compensation of Jewish and Christian spiritual leaders, for reasons of doctrine and of accounting. Catholic priests, for instance, have exceedingly low salaries — averaging $25,000 per year, according to a 2003 paper by Becky R. McMillan and Matthew J. Price that analyzed figures from the 2001 Pulpit & Pew National Survey of Pastoral Leaders. But expectations in Catholic churches are also different, as priests take vows of poverty alongside their vows of chastity.

The Pulpit & Pew survey found that the median salary for full-time Protestant pastors in 2000 was $40,000, including a housing stipend. 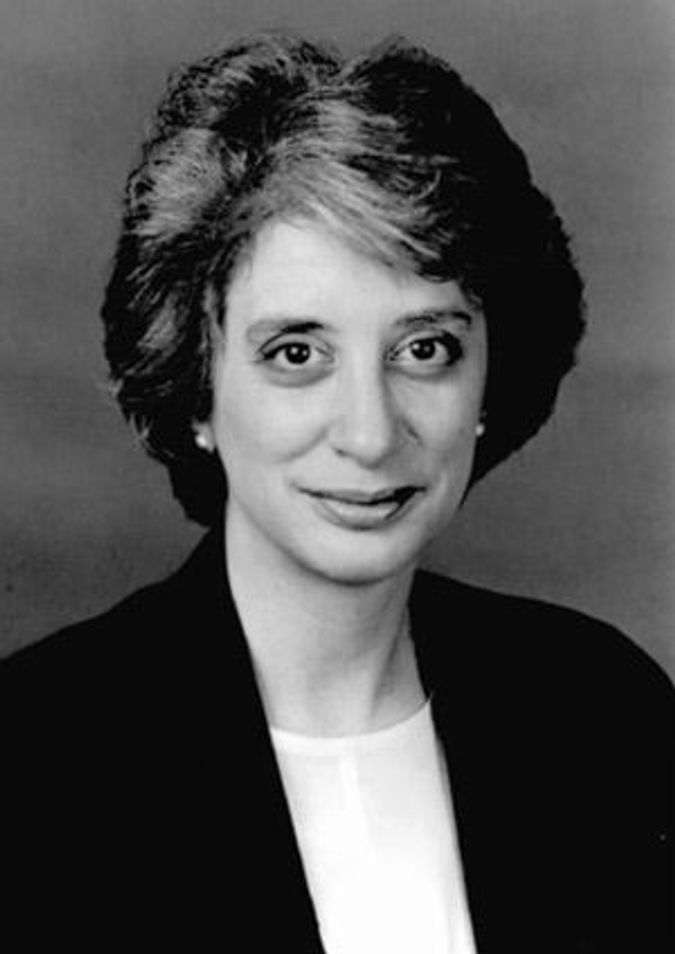 Synagogues polled by the Forward were generally reluctant to divulge the salaries of their head rabbis. Churches were more forthcoming, and reported incomes of chief spiritual leaders ranging from $33,000 for the priest at St. Mary of the Assumption, a Catholic Church in Boston that attracts about 7,500 worshippers, to $95,000 for the head minister at Arrow Heights Baptist Church, a congregation of 1,500 people, near Tulsa, Okla.

Studies sponsored by the Reform and Conservative movements indicate much higher levels of compensation for rabbis. The median base salary, including a housing stipend, for a senior Reform rabbi in 2008 was $146,582 for congregations of 351- to 650- member units, according to a study conducted jointly by the Union for Reform Judaism and the Central Conference of American Rabbis, the Reform rabbinical group. The median salary for rabbis of very large Reform synagogues, with more than 1,000-member units, was $230,000.

“Most synagogues are relatively large… relative to Protestant churches,” said Barbara Wheeler, an Auburn Theological Seminary professor who has studied the implications of low ministerial salaries. “If you have lots of small congregations and lots of ministers, you’re not going to have high salaries.”

But Wheeler also said that differences between the status of rabbis and ministers play a role in the salary differential. She pointed out that the academic requirements for rabbinic ordination are more intensive than the academic requirements for ordination in most Protestant denominations, which take between three and four years to fulfill, compared with five years for ordination in Reform and Conservative seminaries.

“I simply think that rabbis have higher status in the Jewish community than ministers have in the Christian community,” Wheeler said. “If you’re a successful professional, you’re not disappointed if your kid decides to become a rabbi.”

A representative of the Reform movement defended the relatively high salaries, saying that they are necessary for retention and for allowing rabbis to live where they preach. “If you want a rabbi to live in your community, you’ve got to pay them enough money to live in the community. So the salary has to be related to what other people in the community earn,” said Rabbi Daniel Freelander, the URJ’s senior vice president and chief operating officer. “We do not take vows of poverty, as they do in the Catholic Church.”

Stephen Savitsky, president of the Orthodox Union, the network of Orthodox synagogues, agreed. “Our rabbis live in the communities that they’re servicing. Sometimes, housing is expensive, they pay for Jewish education and they also tend to have many children, so they need more money,” he said.

Meanwhile, the lower pay for pastors has an impact on the level of candidates that Protestant denominations are able to attract, according to Wheeler. “These are subsistence salaries in many cases,” she said. “It’s relatively hard to live a middle-class existence as a Protestant minister unless your spouse has a pretty good job.”

Wheeler said that a study of seminary students and rabbinical students she conducted that examined measures like grade-point averages, college honors and college leadership positions found that rabbinical students outshine both Catholic and Protestant seminarians. “We theorized that a major difference in attracting people had to do with the fact that pulpit rabbis are paid livable salaries,” she said.

“How are you going to attract the top students into a life of service to the Jewish community if economically they’re going to be earning 10% of what they would have earned if they went into a different profession?” Freelander asked.

In order to regulate ministers’ compensation, some denominations set mandatory minimum fees. “No bishop wants to have a situation where a pastor is serving in a congregation and is paid so poorly that when he or she retires, there’s very little pension money,” said John Brooks, a spokesman for the ELCA. In New York, the minimum base salary for a first-year ELCA minister is $35,790, plus a housing allowance of at least $15,000.

Jewish denominations do not set minimums, but some — such as the Reform movement — do provide average figures as guidelines.

Meanwhile, the Forward found that among some 20 religious institutions it surveyed, synagogues give far less of their annual budget to their denominational organization than do churches.

The disparity between the dues charged by the URJ and those charged by the other movements is somewhat misleading, as only half the dues collected by the URJ go toward its expenses. The rest are given to Hebrew Union College-Jewish Institute of Religion, the rabbinical school of the Reform movement. Neither the O.U. nor the USCJ splits its fees with other organizations. In this sense, the URJ most closely resembles Protestant denominations, which engage heavily in “mission work” — providing social services and, in some cases, evangelizing.

“The denomination for Reform and Conservative Jews is largely organizational,” Wheeler said. “For many Protestants, it’s everything: It’s the whole social service, social action and mission movement…. These denominations are purveyors of all the goods and services that their congregations and members need. That’s the model of the mainline denominations.”

To support this work, Protestant denominations often expect large contributions from their member churches. Member churches of the ELCA and the American Baptist Churches give about 10% of their net operating income to the denomination; Episcopal churches give varying percentages based on the size of their net operating income, maxing out at 20% of income greater than $500,000, and some African Methodist Episcopal churches give up to 35% of their income.

According to James Hudnut-Beumler, dean of Vanderbilt University’s Divinity School, some of this is in flux. “None of the mainline churches, to say nothing of the nonaligned nondenominational churches, gives anything to serve a national center like they did 50 years ago,” he said. “If anything, Protestants are moving more in a direction of organized Judaism.”

“One of the key burning issues in Protestantism is exactly whether that infrastructure can be sustained,” said Mark Chaves, professor of sociology, religion and divinity at Duke University. “People are talking about the declining significance of denominational identities for churches and for people…. One concrete consequence of that has been people being less willing to let their money go up the line to denominations, and churches being less willing to support these denominational infrastructures.”

Next Week: The Cost of Belonging: How does the ethos of giving differ between Jewish and Christian congregations?