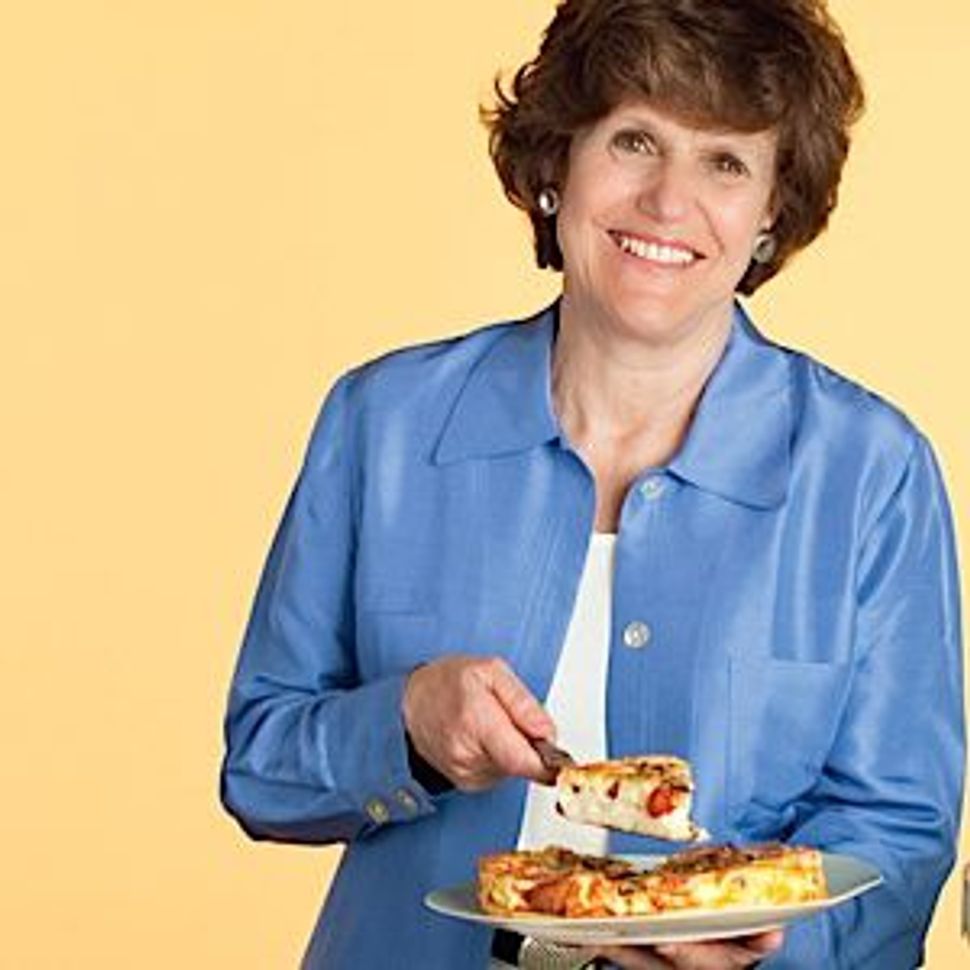 Tomorrow Joan Nathan?s delicious new book, ?Quiches, Kugels, and Couscous: My Search for Jewish Cooking in France,? debuts. Nathan dug deep into the countryside and cities of France to unearth 200 wonderful recipes and the stories behind them. She talks with Forward Ingredients columnist Leah Koenig about her first food memories in Paris as a teen, the evolution of Jewish food and kashrut in France and culinary collaboration among Jew and gentile cooks.

For a full review of the book, check back on Thursday for the ?Ingredients? column.

This recipe for Chocolate Almond cake is four hundred years old, and was passed down orally in one Bayonne family from mother to daughter in Spanish, Ladino, and then French. The accent of rum was probably introduced in the seventeenth century. My guess is that at first the eggs would have been whole, and later separated, the whites whipped to give it more height, probably in the eighteenth century. This cake can be made with matzo cake meal for Passover. 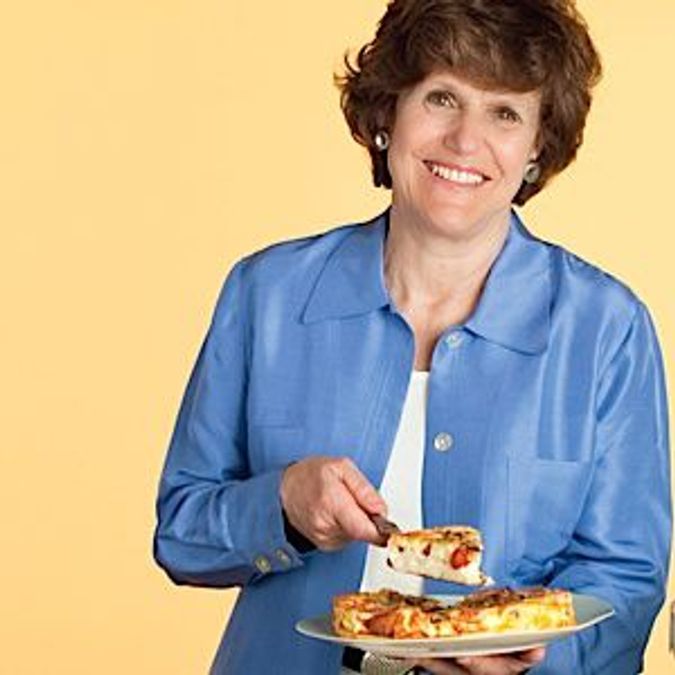 1) Preheat the oven to 350 degrees, and grease a 9- inch springform or cake pan.

2) Melt the chocolate in the top of a double boiler over low heat. Let cool slightly.

3) Cream the butter or margarine with the granulated sugar and salt in the bowl of an electric mixer equipped with a paddle.

4) Mix the cooled, melted chocolate into the butter. Then add the egg yolks, one at a time, beating well after each addition.

5) Finally, mix in the vanilla, almonds, and flour or cake meal.

7) Pour into the springform pan, and bake for 30 to 35 minutes, inserting a cake tester or toothpick to make sure it is done. Cool on a rack, and unmold.

8) To make the glaze, dissolve the confectioners? sugar in the rum and 1 tablespoon water. Mix well. Pour the glaze over the cooled cake.

This cake can also be cut into 1- inch circles or squares before glazing. If you wish, garnish with raspberries, and serve with a dollop of whipped cream.

Ever since Ana Bensadon moved to Madrid from her native Tangier in the 1950s, she has been writing to Sephardic Jews all over the world asking for recipes. ?My idea is to leave a legacy for the young women,? she told me, while visiting her daughter in Florida. ?It is very important to maintain fidelity to our traditions and to transmit them to the new generation.? Many recipes, like fijuelas and flan, are commonly known, but others, like this chocolate mousse using olive oil instead of cream, is a fascinating adaptation of a local French delicacy to comply with the laws of kashrut.

1) Melt the chocolate over low heat in the top of a double boiler. Cool slightly.

2) Beat the egg yolks in an electric mixer with ½ cup of the sugar until light. Whisk in the olive oil, brandy, and melted chocolate.

3) Beat the egg whites in the clean bowl of an electric mixer until soft peaks form.

4) Then beat in the remaining ¼ cup sugar, continuing until stiff peaks form.

5) Fold the whipped egg whites into the chocolate mixture, gently continuing to fold until no streaks of white remain.

Cover and refrigerate for 24 hours before serving.